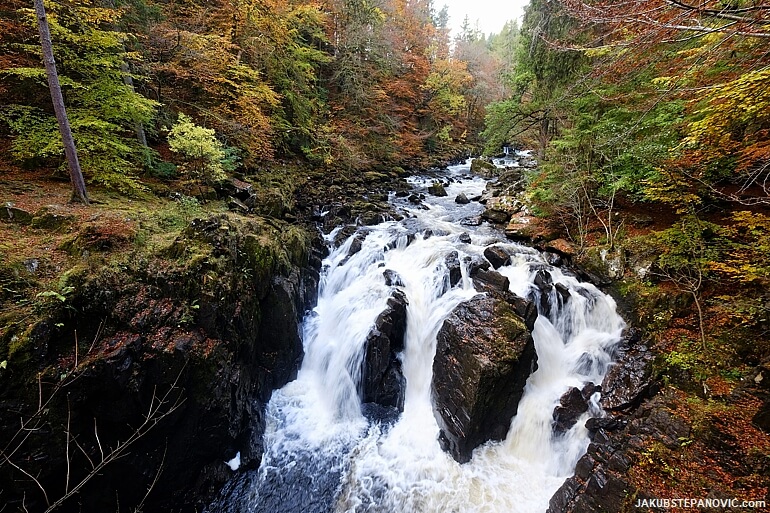 (Not just) waterfalls of the Scottish Tayside.

The river Tay has the largest discharge in the UK, and it is the Scottish longest. Many of its tributaries are streams all over the lower region of the Highlands.

Mainly in the northern Perthshire, they often have some nice waterfalls. Probably the most famous are Black Linn Falls, (pictured above) located near Dunkeld. Only a short walking distance from them are Braan Falls: 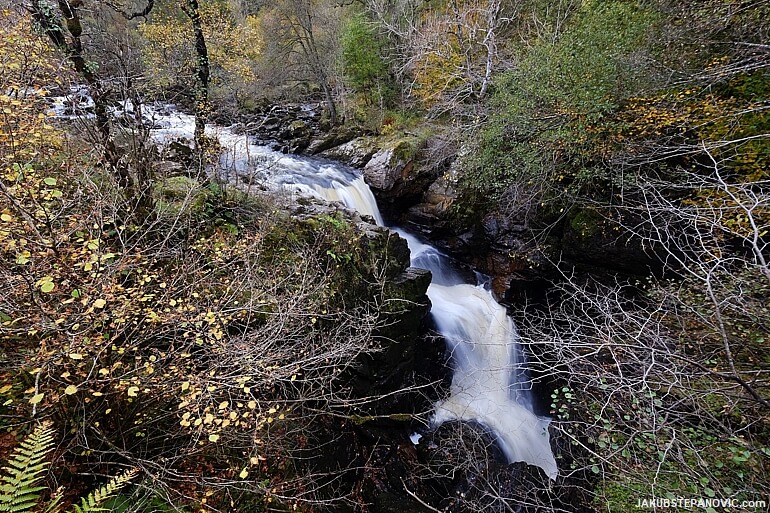 About 30 minutes drive will take you either to Aberfeldy, where you can admire this: 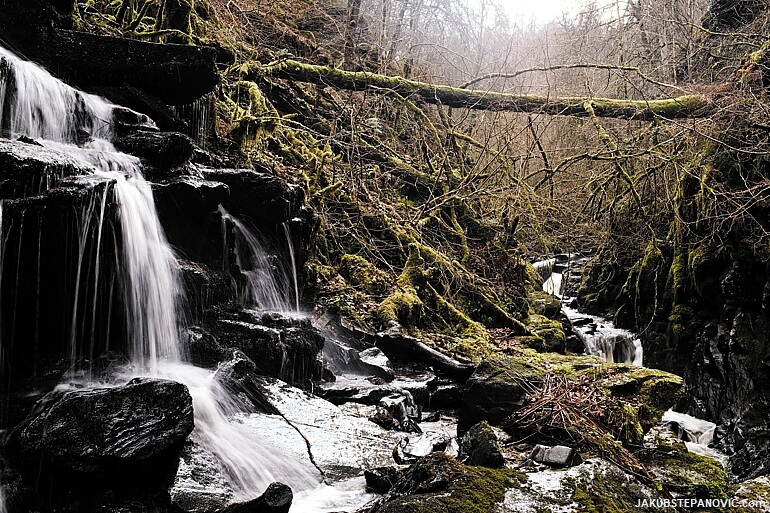 ...or to the town of Pitlochry, with neat Black Spout waterfall to the east... 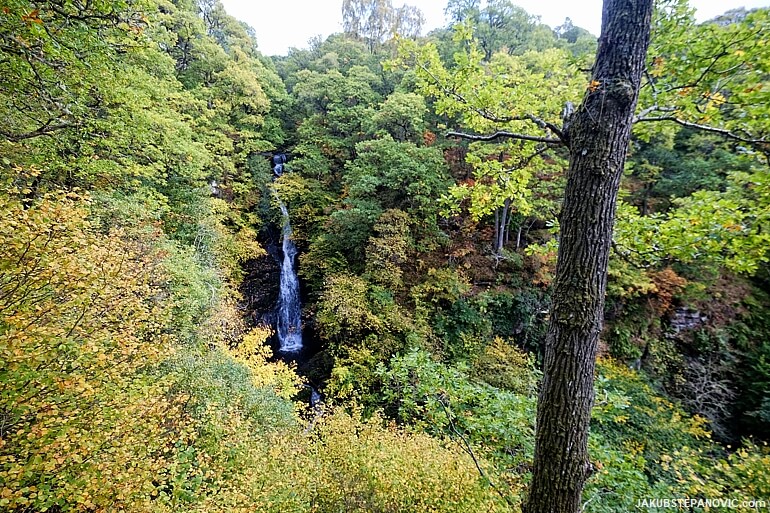 ...and Tummel Falls to the west: 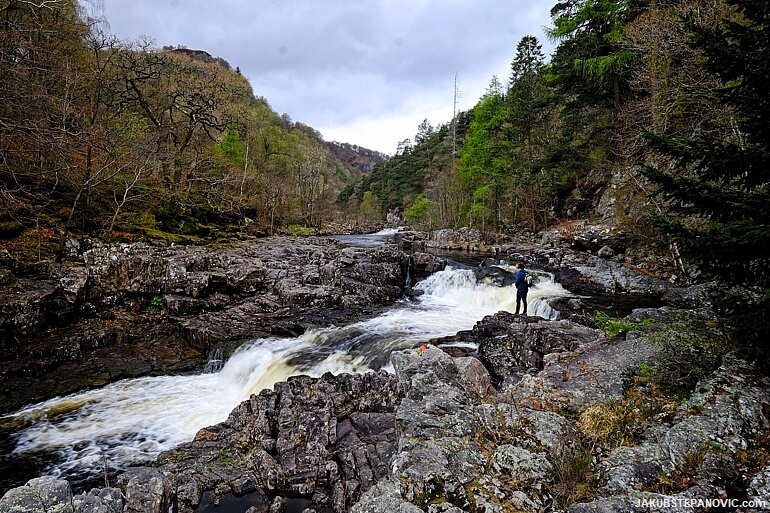 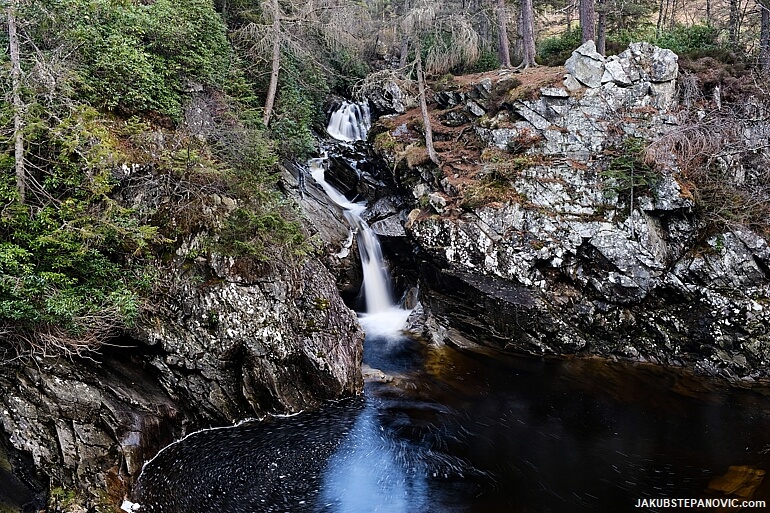 And just east of the Perthshire border is another cool one, Reekie Linn on the river Isla. 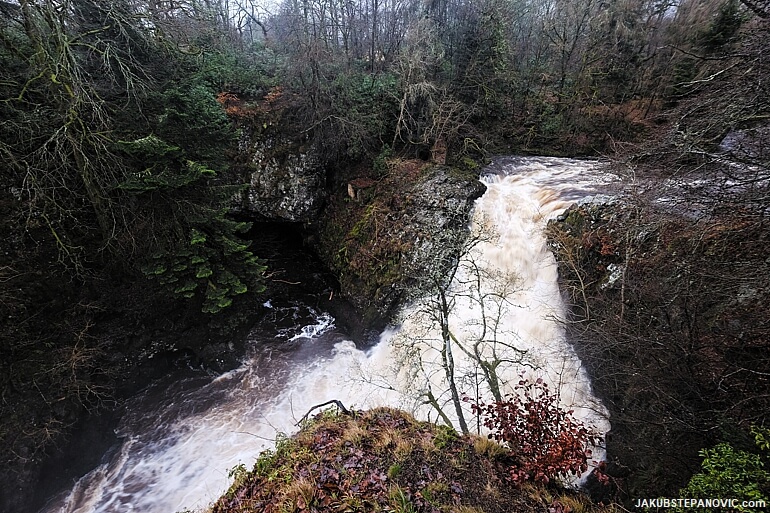 Each of the rivers has plenty of small, unnamed streams flowing into it, with cascades along. 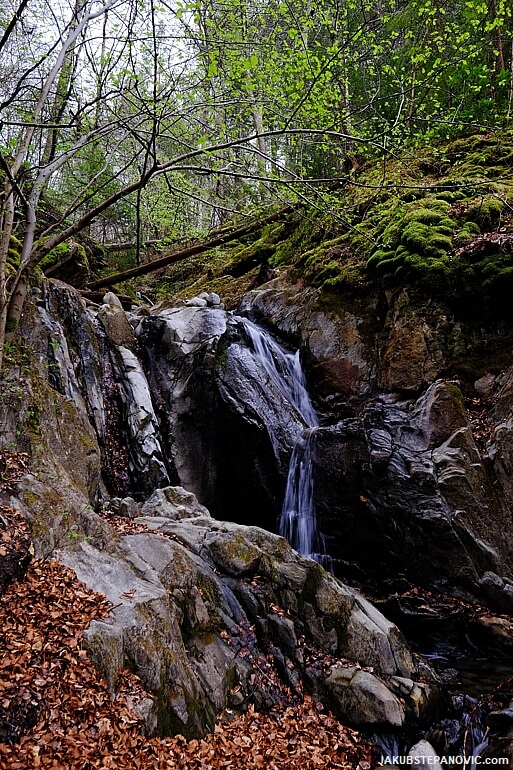 Waterfalls aren't the only interesting thing on the rivers. At the Loch Tay is the Scottish Crannog Centre, which shows a reconstructed water-based dwelling from the Iron Age: 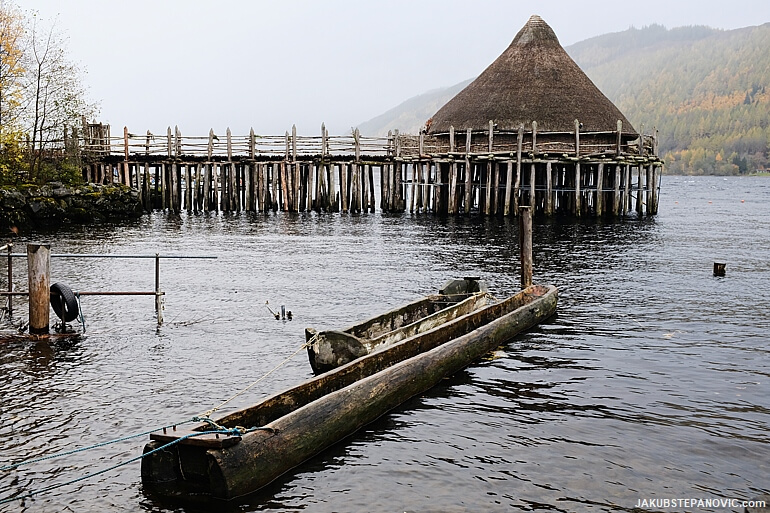 The mentioned North Perthshire serves as a bridge between Highlands and Lowlands, and given by the number of rivers here, there are loads of literal bridges worth checking: 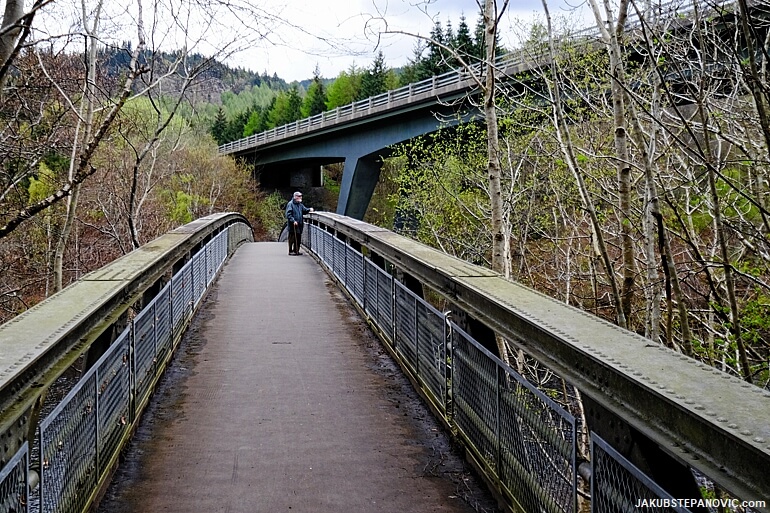 A Pedestrian and a highway (A9) bridges above river Tummel. Both of these are used by cliff jumpers to dive down. 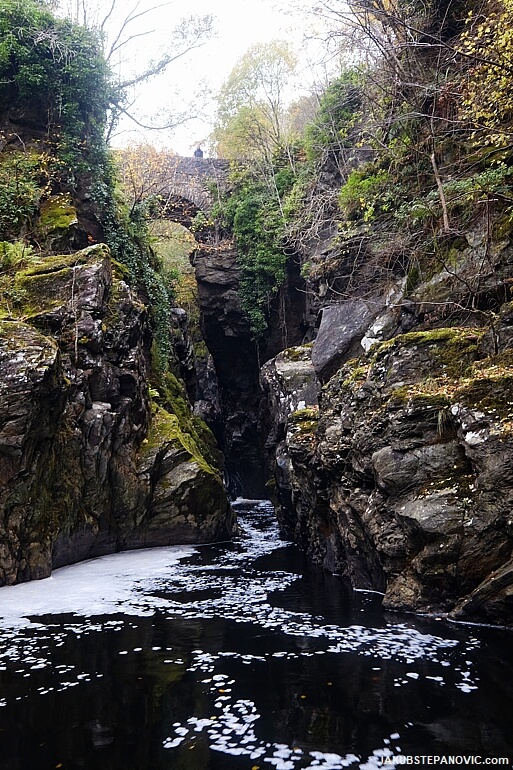 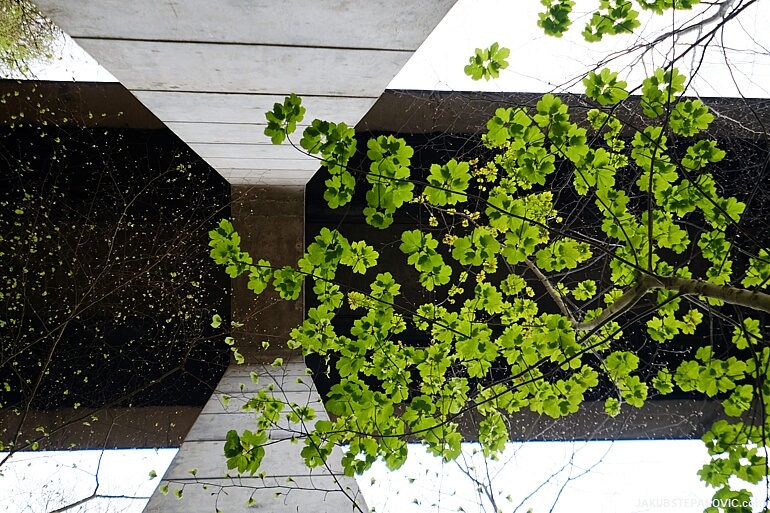 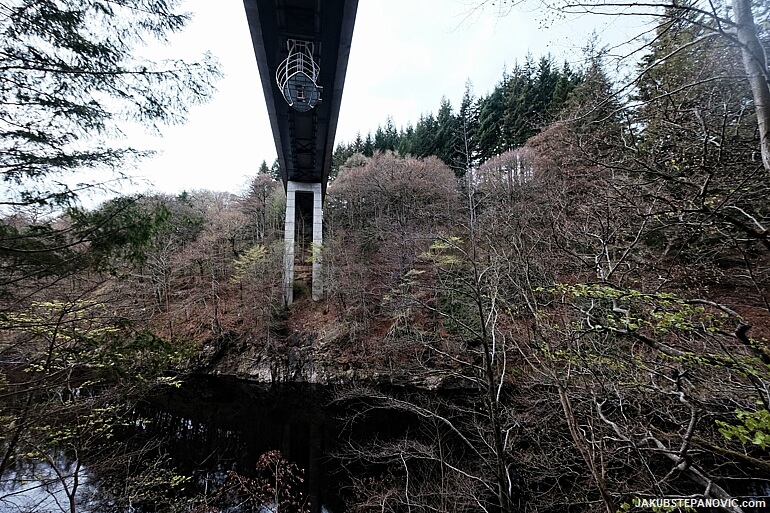 That cage suspended on the bottom is a permanent bungee jump platform. It is the first of its kind constructed in the UK. 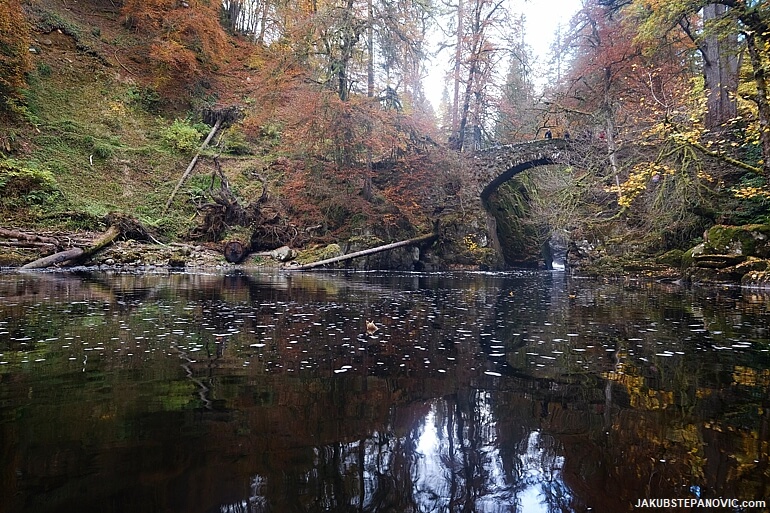 And of course, bridges on the Tay itself: 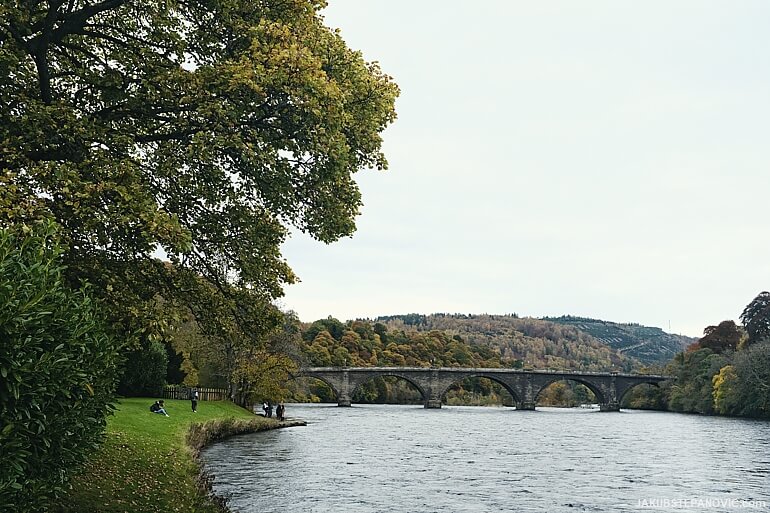 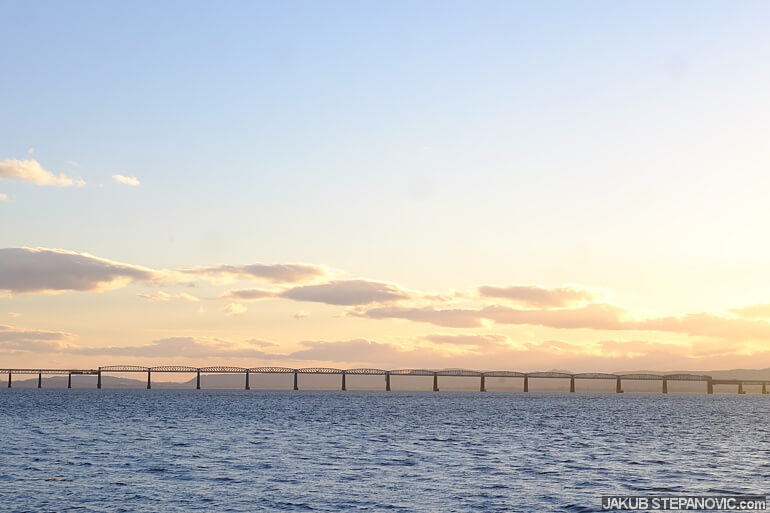 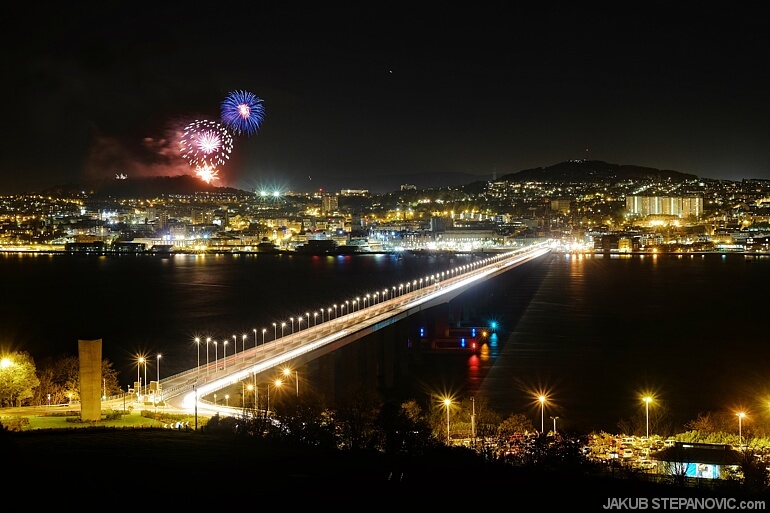