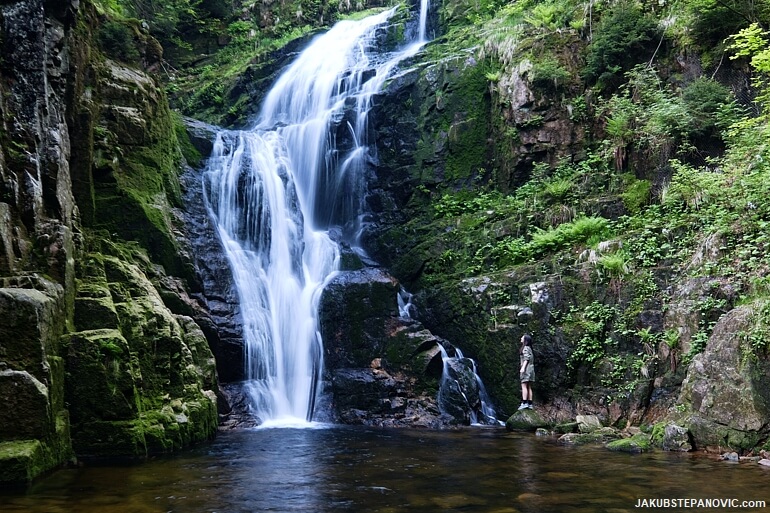 At the beginning of the summer, I took part in an art exhibition in Jelenia Gora, Poland. And since it happens to be within reach of nice mountains, that was the next stop.

After the show's opening, I met a good friend of mine, and we went to the mountains together. We got to Szklarska Poręba, a town with good access to the ridge. Just outside the town is a cool waterfall, which made for a great starting point of the trip. 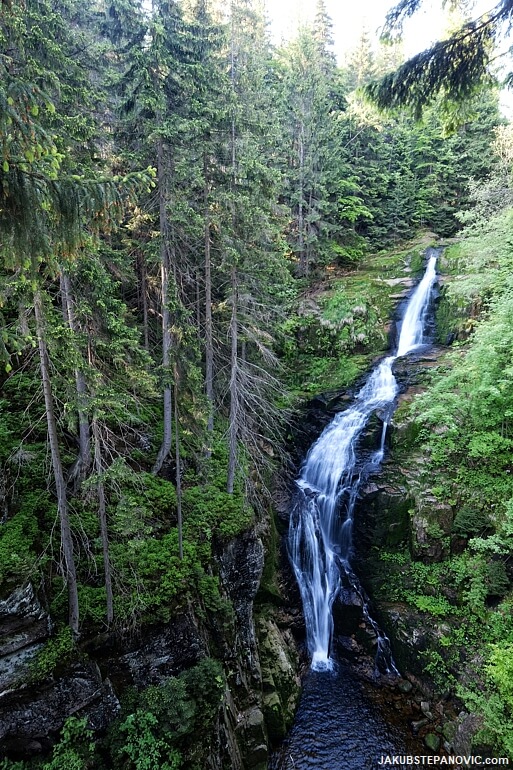 During the walk to the top of the ridge, I was admiring the skies. The clouds in Central Europe are very different from those in Scotland. 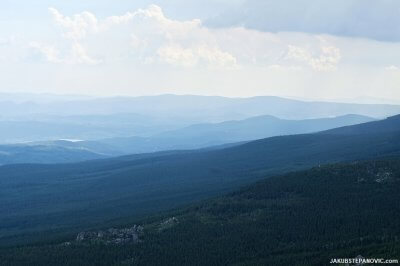 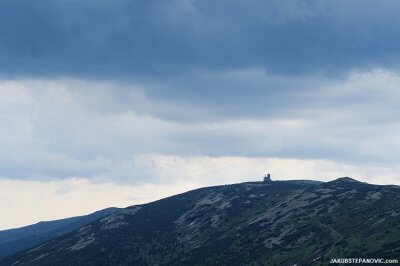 The Giant Mountains' range marks the borderline between Poland and the Czech Republic, which can be freely crossed thanks to the Schengen Agreement. We made use of it and went to the Czech side to admire some beautiful views on the alpine flora.. 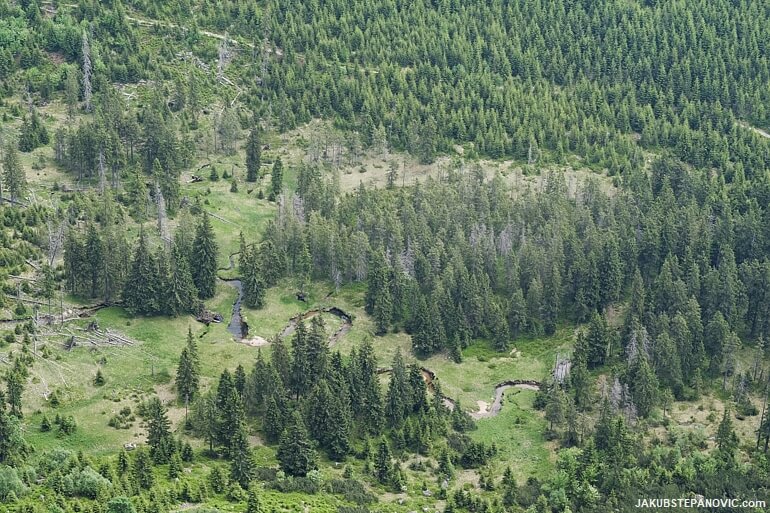 ...and another neat waterfall. 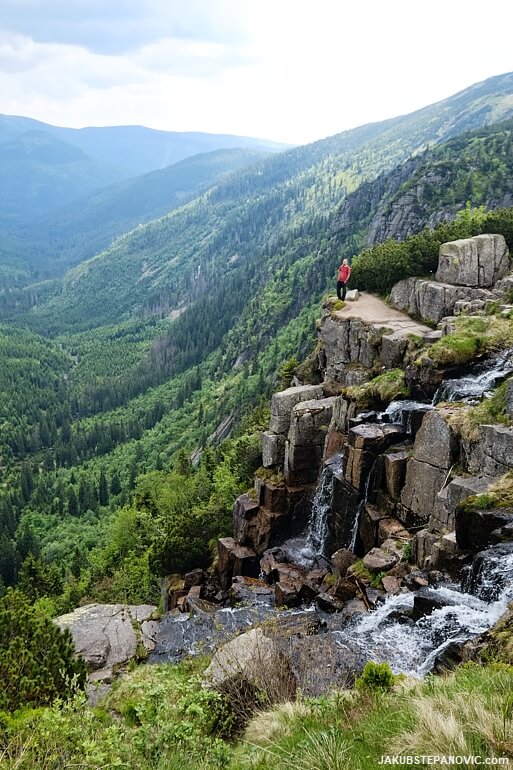 Later we returned to Poland to see the Śnieżne Kotły, a good-sized rounded valley formed by glacial erosion. 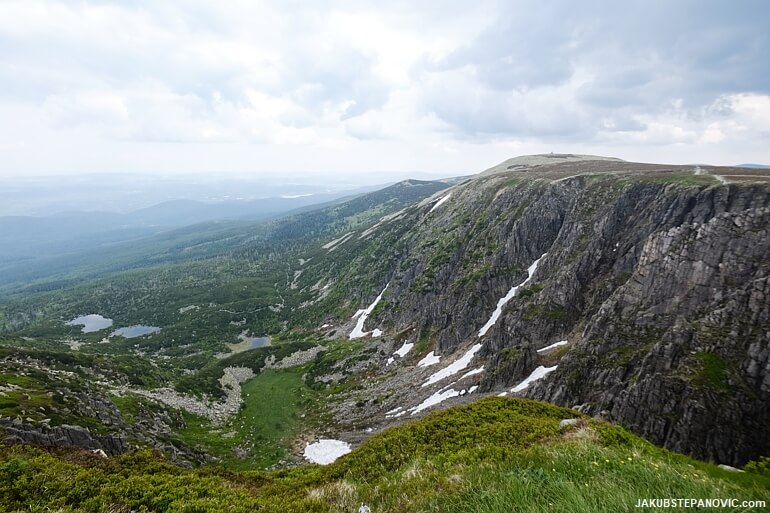 Then we descended back to Szklarska Poręba. The clouds were ever-changing the shades on the ground, and the trail itself offered a few interesting rock formations, so the hike was appealing till the very end. 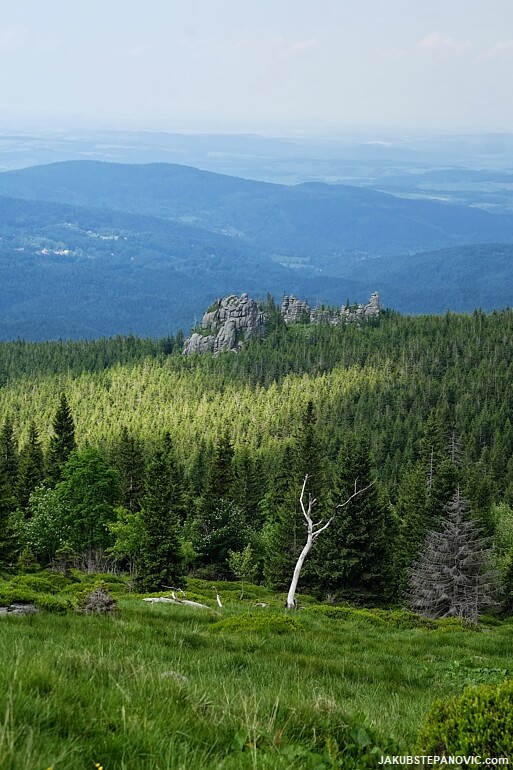 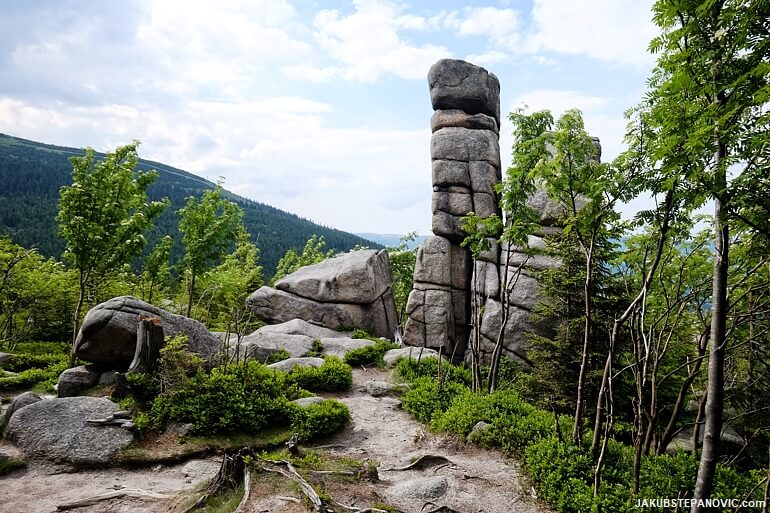 For the next day, we wanted to take a bus back to the Czech Republic, specifically to the town of Harrachov, as there is yet another spectacular waterfall. The issue was, I couldn't find any connections online, and the schedule printed on the bus stop wasn't updated for the last five years. Assessing the situation, we opted to hitchhike instead. 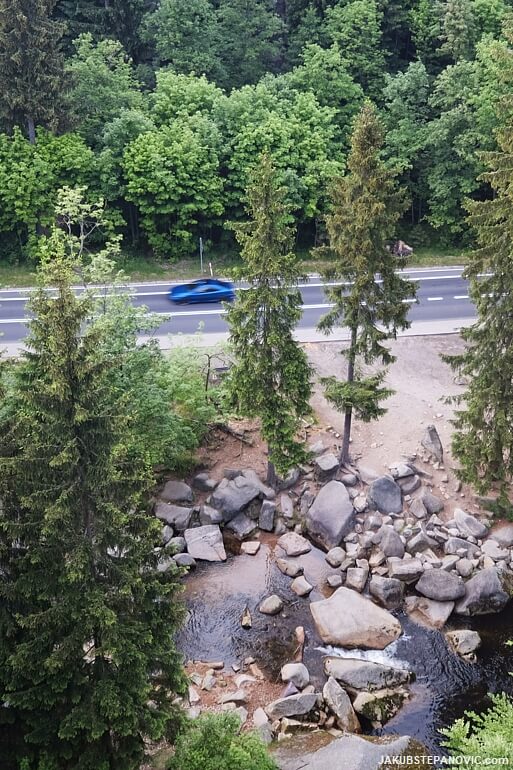 As a kid, I heard stories about how Central Europe is the hitchhiker's dream, but we had a different experience. We tried for longer than I ever waited in Scotland, even China and the US, and had no luck. So we went to the forest and walked instead. 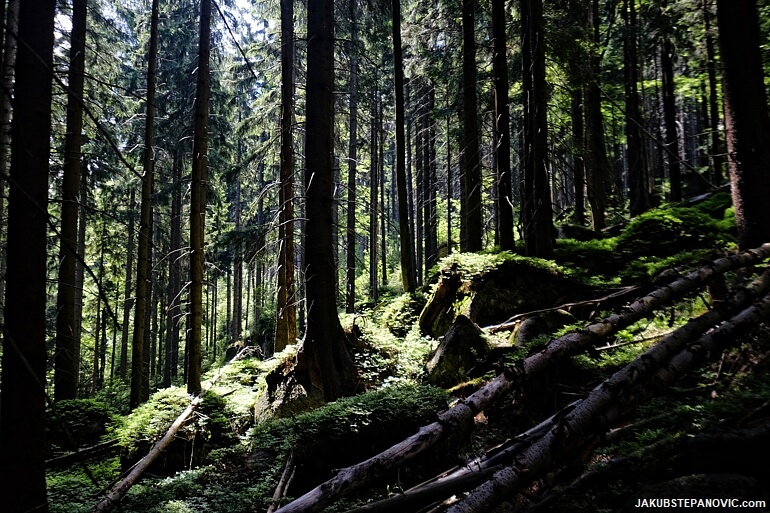 But a few kilometers further, the trail intersected the road, so we give it a second try. Well, and this time we celebrated a result. Two Poles picked us as they went to the Czech Republic to buy cheap alcohol. Perks of international trading, right there. Yey!

Harrachov is a popular skiing resort, including facilities for ski jumping. 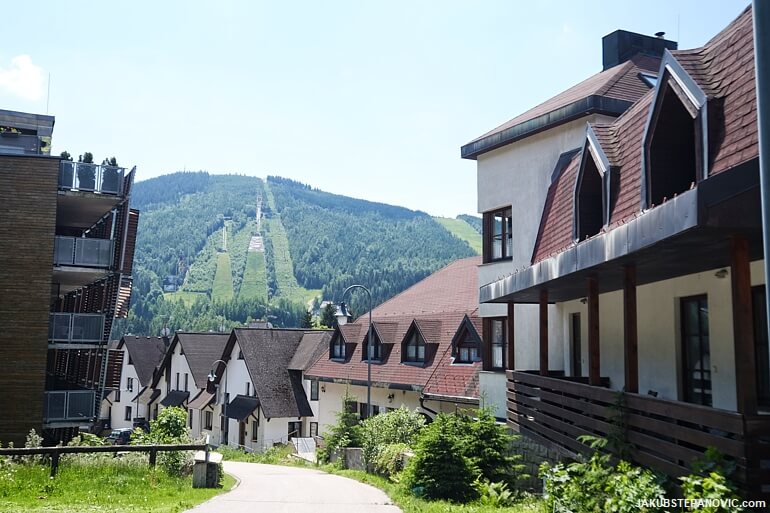 It was a hot day, so I wanted to make some use of civilization and get me ice cream. Unfortunately, no shop in the town seemed to accept cards, and since I wasn't keen to pay a fee for using a foreign ATM, I had to give it a miss. Instead, we kept our pace to the waterfall. On the way, we were looking for a good picnic spot. Which we found... 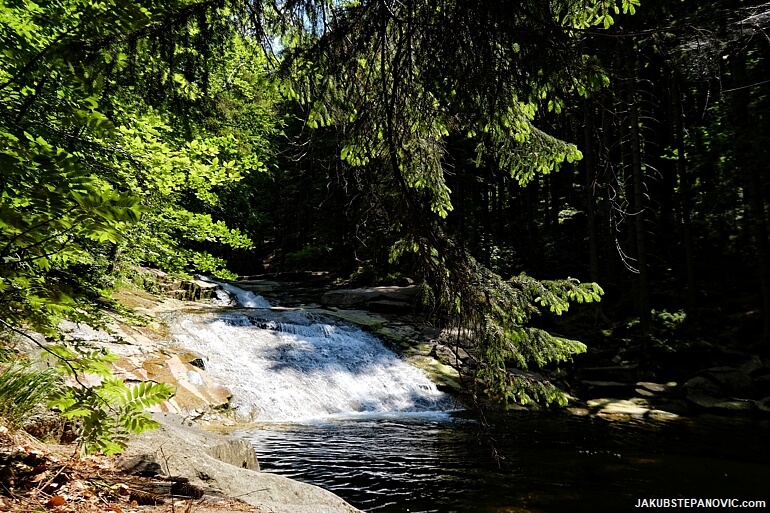 It was near a natural pool on the river, not too far from the waterfall we wanted to visit. Reaching the spot required wading through the stream, which was fun, and the water was warmer than I expected. So after the lunch break, I went for a swim. Now, when I said that it was warmer, it indeed was above the temperatures of some Scottish lochs that I swam in, but it was still far from being warm. Suddenly, the ice cream was no longer needed. Nicely refreshing, it was. Then, we finally reached the waterfall, the goal of this trip: 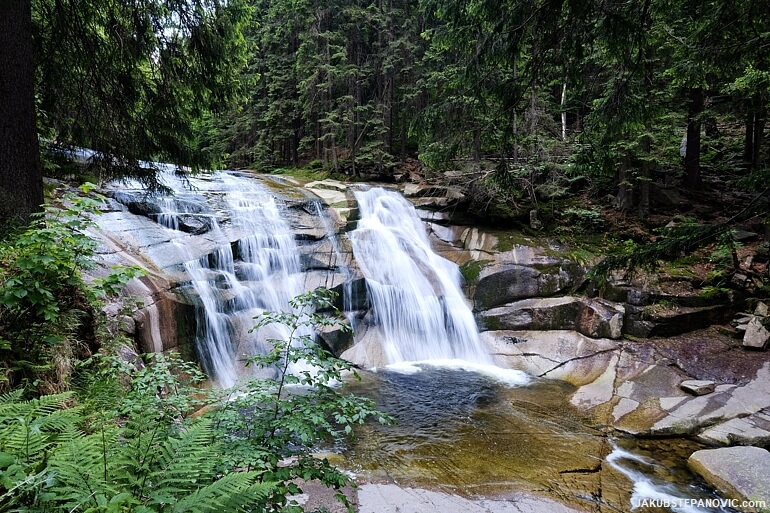 From here, we walked back across the ridge, returning to Poland. 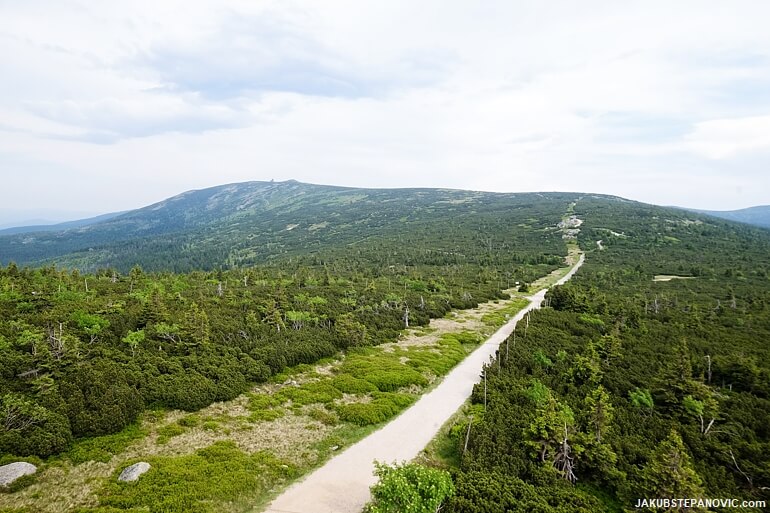 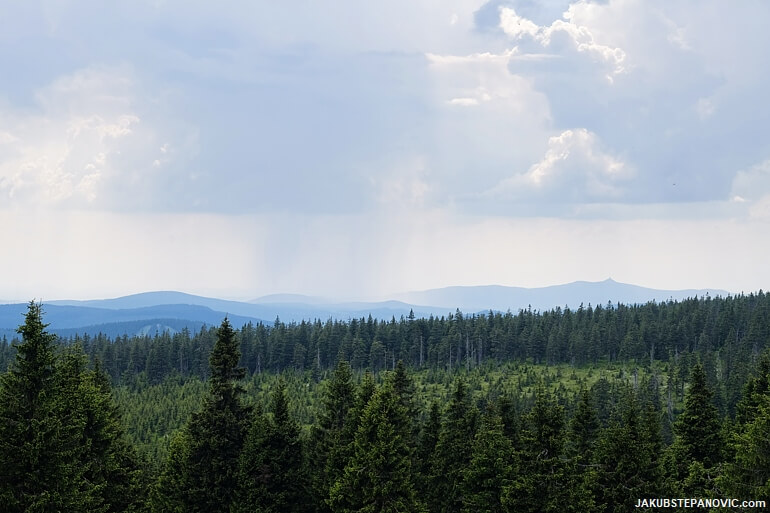 On the last day, we took a bus to Karpacz, a town under Snezka - the highest peak of the range. But before starting the ascent, we walked to see the Vang stave church. It has a quite interesting story, as it was originally built around 1200 in Vang municipality in Norway. Then, in the 19th century, the local council was about to demolish it; thankfully, due to the initiatives to save the structure, it was relocated here instead. This is an immense proof that it doesn't matter on nationality or political party, but on the values of those in charge. 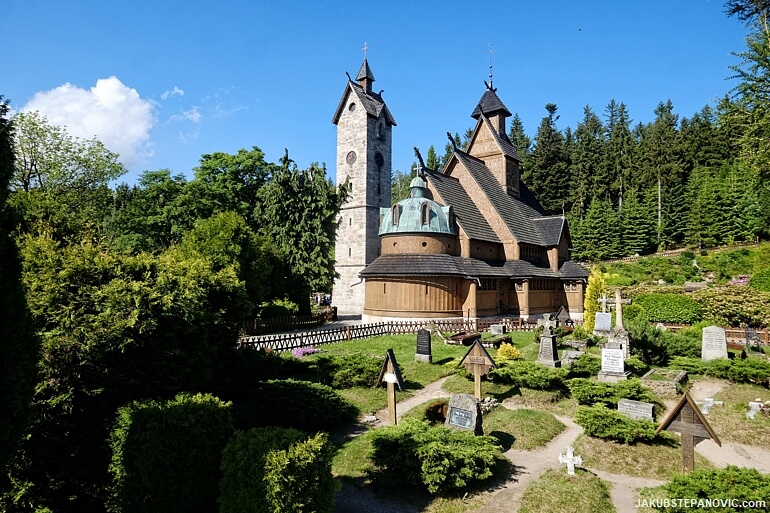 Anyway. Snezka was cool too. 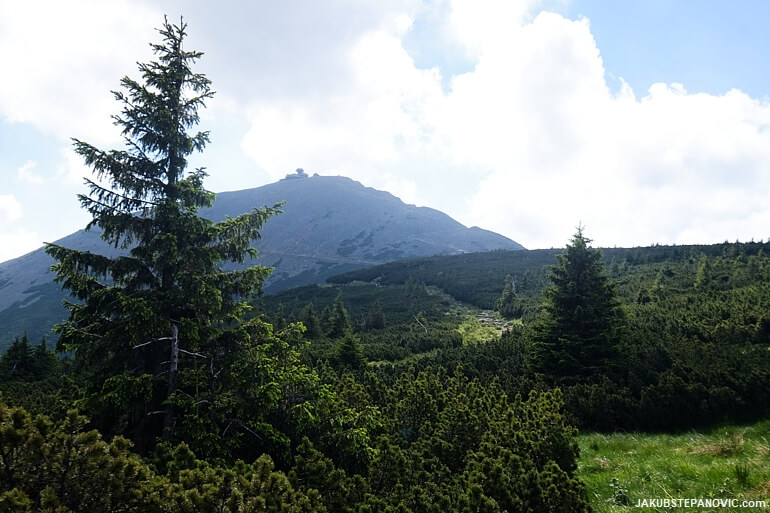 As it was a pattern for each day, the weather was playing with different color palettes every few minutes. You could just stare into one point, and it would change more often than dialogues in soap operas. 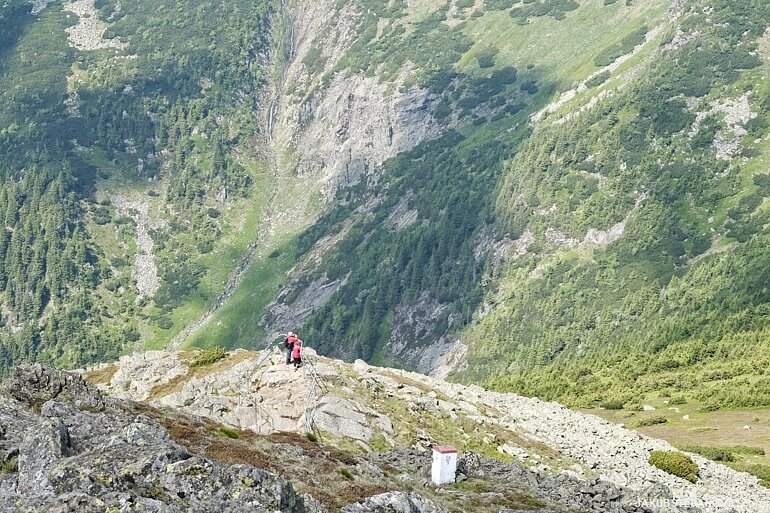 Along the trail up to Snezka. Note that white boundary stone in the foreground, which marks the CZ/PL border.

Because of its status, Snezka is a well-liked tourist destination, which is reflected in its accessibility. In some places, one could drive a sportscar without ruining the underside... 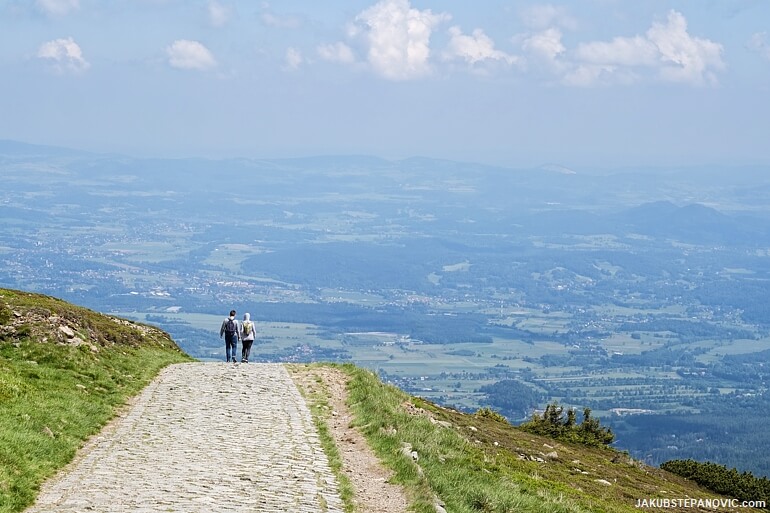 ...but at some others, one could not. 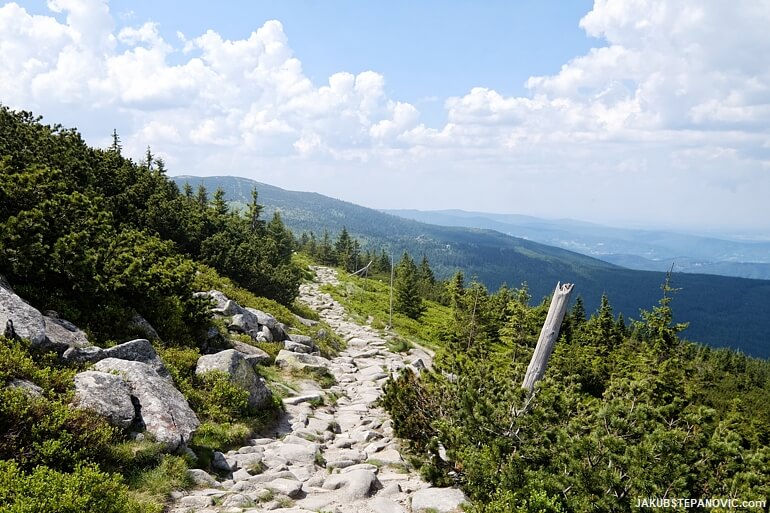 Over the last two days, we saw a few storms rolling over the hills. Today was no different. 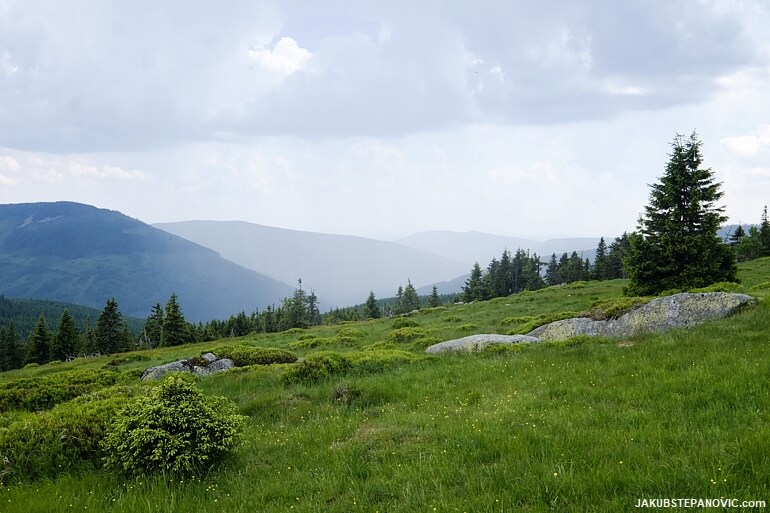 Well, except unlike the previous days, we run straight into one during the descend. 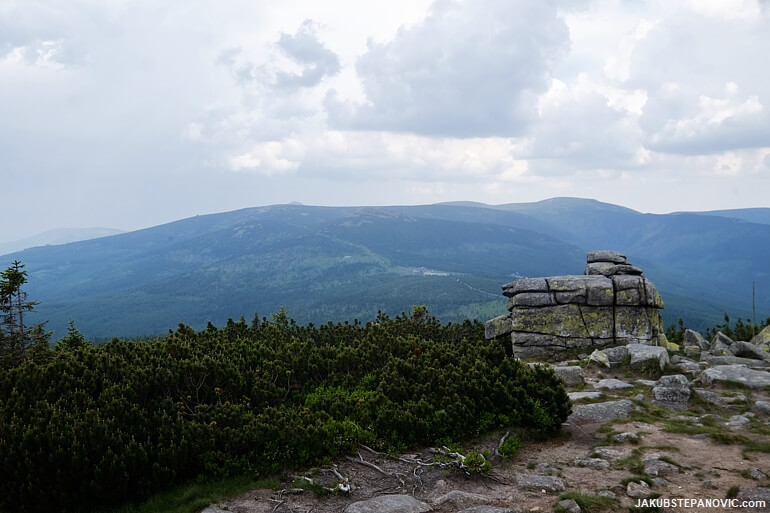 These stones came in handy as a shelter. 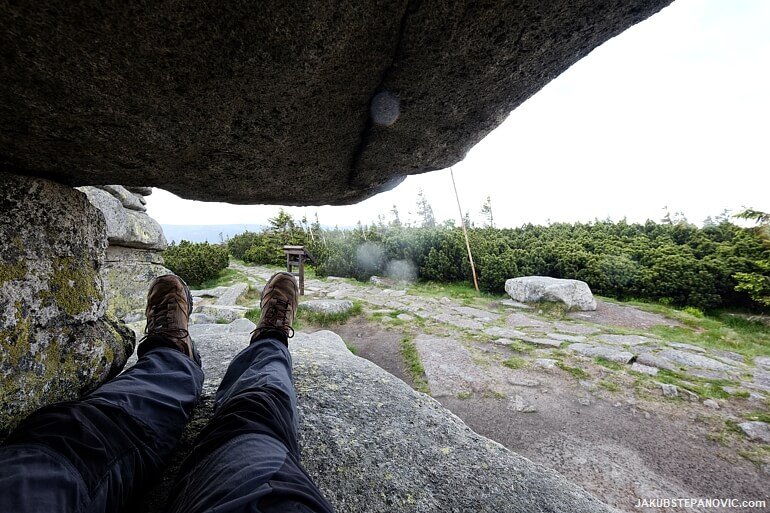 Once below the tree line, another storm came, and this time there was nowhere to hide. The trees were still soaked from the previous rain, so they couldn't hold the water - for the last half an hour of the trip, we walked in a pressurized cold shower. No issue tho; it was still more than 10C degrees warmer than an average day temperature in Scotland.

If you liked this story, you might also enjoy the following posts: