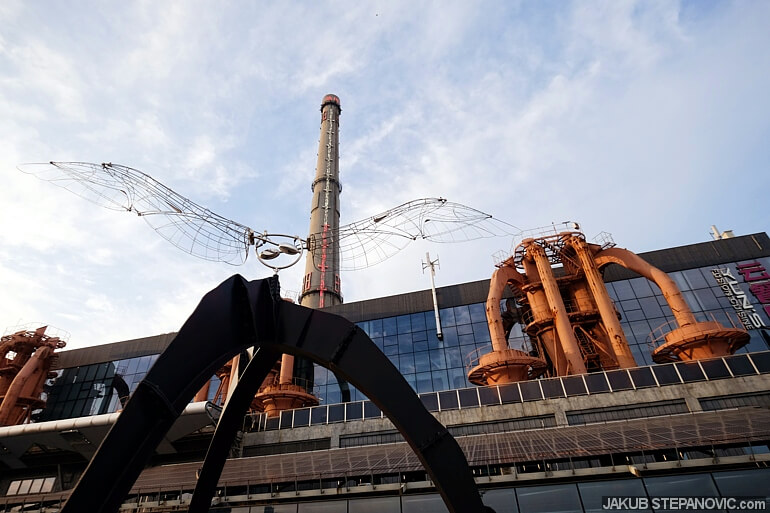 I went to a place that had great audiovisual artworks set in a raw industrial environment. Brilliant!

The location in question is a former Nanshi Power Plant from 1985. After its decommission in 2007, it was rebuilt into a sustainable pavilion for the 2010 Expo, and finally, in 2012, the place opened as the "Power Station of Art." 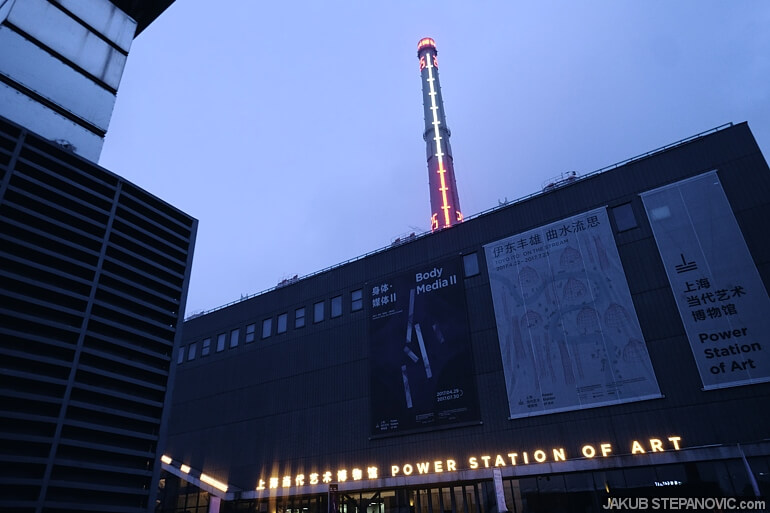 Such conversions are cool itself, so it was an easy mark on my map of Shanghai's points of interest. And sure enough, the structure met my expectations inside-out. 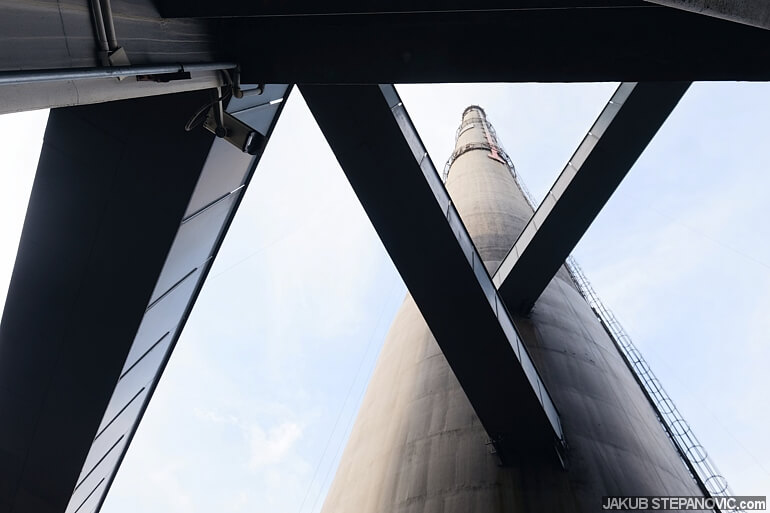 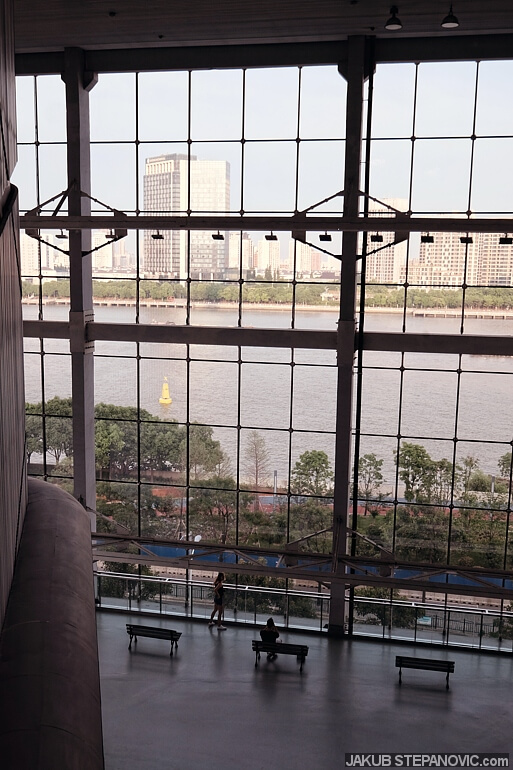 But it happened that their current exhibition, "Body Media II," couldn't be more relevant to my attention, offering plenty of goodness. 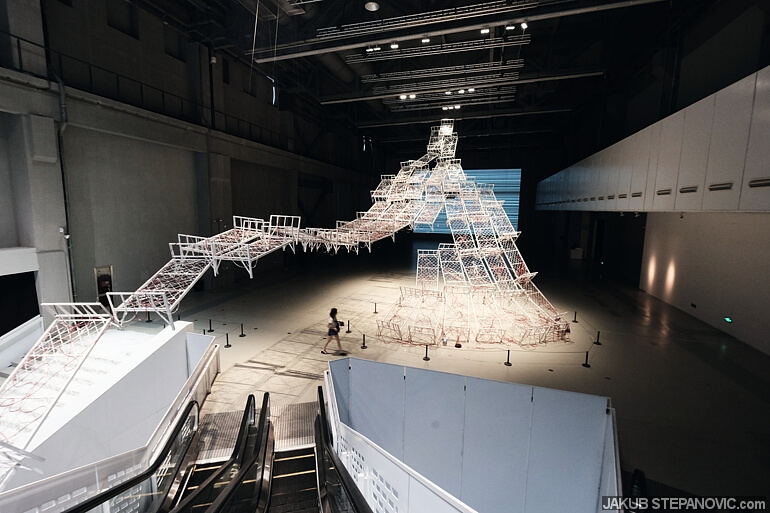 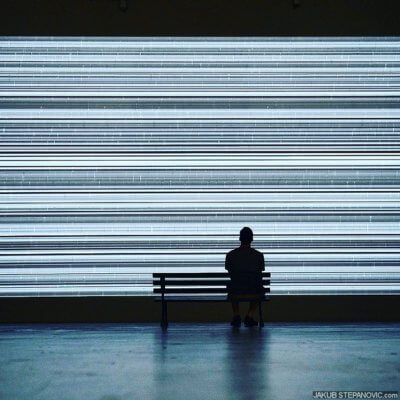 Self-portrait in front of the “No Land IV 2.0” by Ulf Langheinrich – real-time generated audiovisual illusion. It reminded me of work by Ryoji Ikeda. 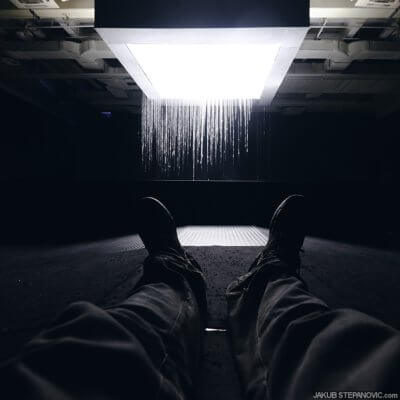 Seriously, the exhibition is so good that I went there twice already. Anyway, after the first visit, I went to grab a nearby ferry to get me on the other side of the Huangpu River. This offered yet another nice view of the city.. 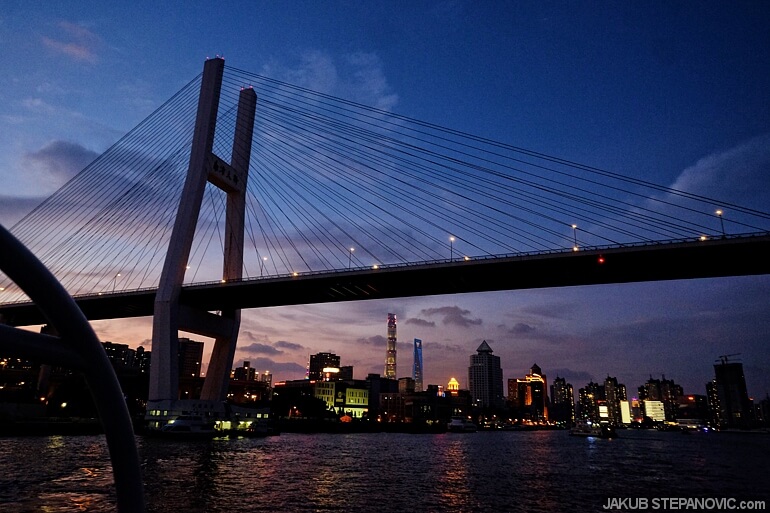 ..moreover, it also led into a park, where I found something that put the icing on the cake: 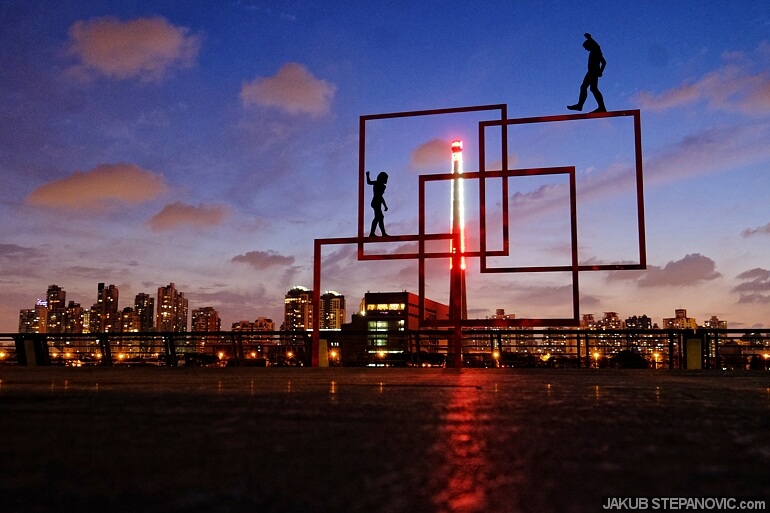 a sculpture with a balancing couple, resonating with my hobby of tightrope walking.

This, the power plant across the river, the downtown skyscrapers on horizon..

See more articles I made about Shanghai.