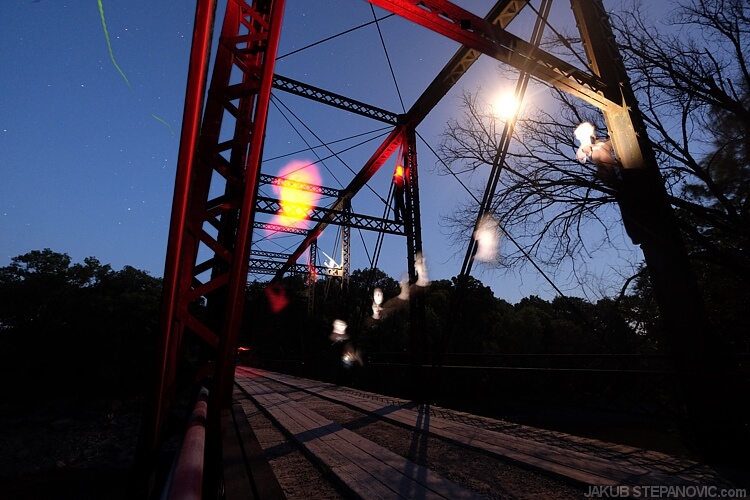 Southeast of the Kansas town of Emporia, a one-lane metal bridge connects the shores of Cottonwood River. Its official name is Rocky Ford Bridge; however, locals refer to it more like Bird Bridge, after a preacher named Bird allegedly killed his wife and his lover's husband underneath the structure in the early '80s. Since then, myths about ghosts of the dead appearing around the bridge at night wreathed the place. So I went to investigate...

The bridge was one of the first places I checked out after moving to Emporia. During the day, it is interesting enough to explore, walk around, even have a picnic nearby. 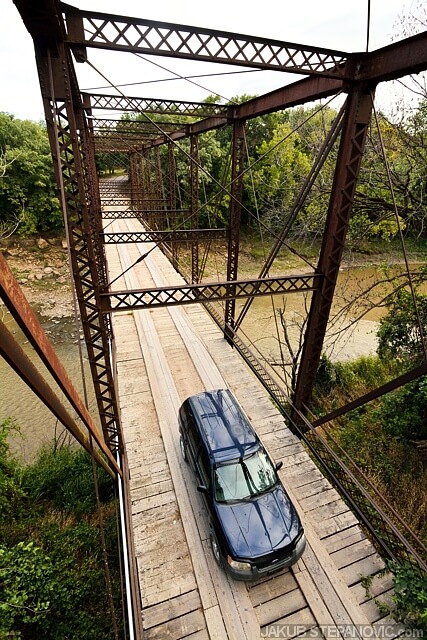 But how it is after dark..? 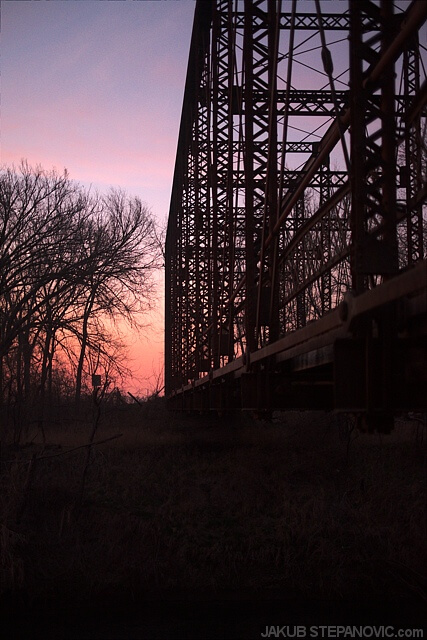 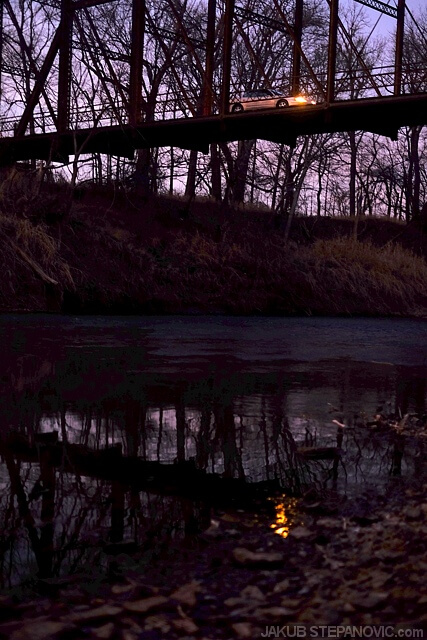 I'm often curious about visual interpretations of reality, and every once in a while, I get an idea about creative projects I could do. The concept of capturing the ghosts of the Bird Bridge has sat in the back of my head since one night last winter. Alas, being busy at work, I struggled to realize this (and others). However, since this wasn't as time-consuming, I finally set myself to go for it yesterday.

I had a concept about the composition I wanted to capture beforehand. Knowing what and how to do it allowed me to go lightweight; I took just a camera with one lens, a clamp to attach the camera to the bridge and a torch. At first, I also took a dark hoodie so I wouldn't reflect any light. However, I abolished this plan just after I opened my doors: it was around 9 pm, and the temperature was still in the high 90s Fahrenheit. I started to overheat like an old Ford. Not cool, as I wanted to reach the place on my bike.

The bridge is about nine miles away, and roughly a half of the distance is on gravel roads — not the best with my narrow slick tires. Moreover, one gets covered in a thick layer of dust every time a car passes by, and let's face it: the scenery and surface are a bit boring compared to decent mountain biking. 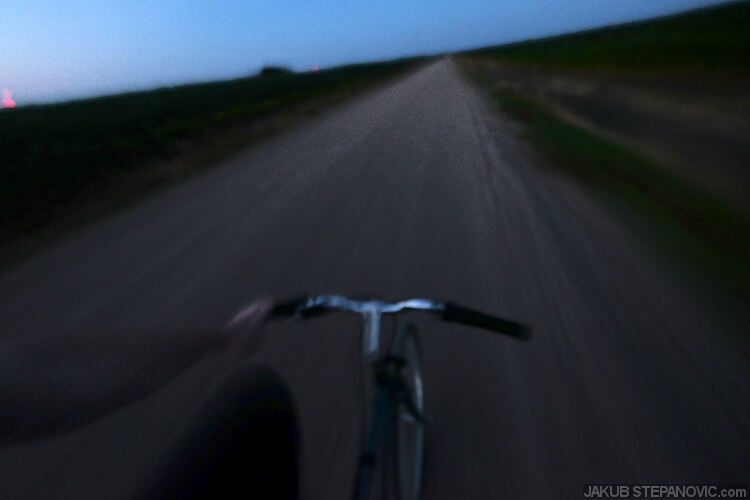 Still, I was in charge of my pace, the open sky and flat road were relaxing, and I had my mindset on a positive attitude. One can think about life or burble their favorite song without getting weird looks of the city. Once I arrived, it was already dark, so I began working. 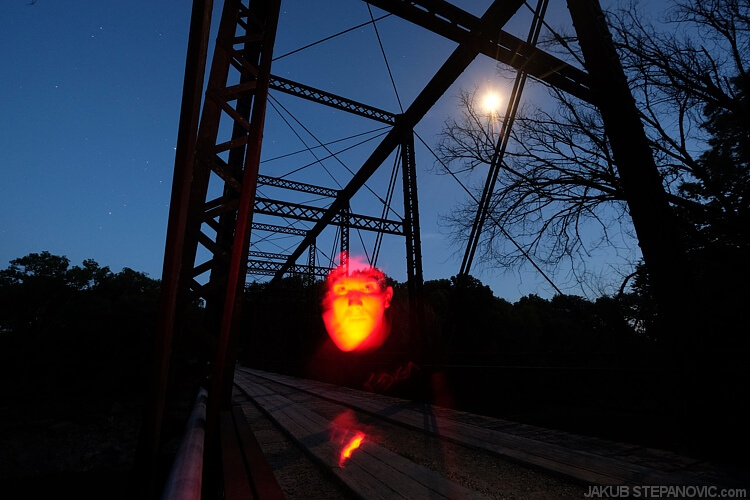 I left my camera capturing a long exposure and went around the bridge to look for ghosts.  There was a small problem: the road has some traffic even in late hours, so every once in a while, I had to interrupt the workout to avoid some confusion. 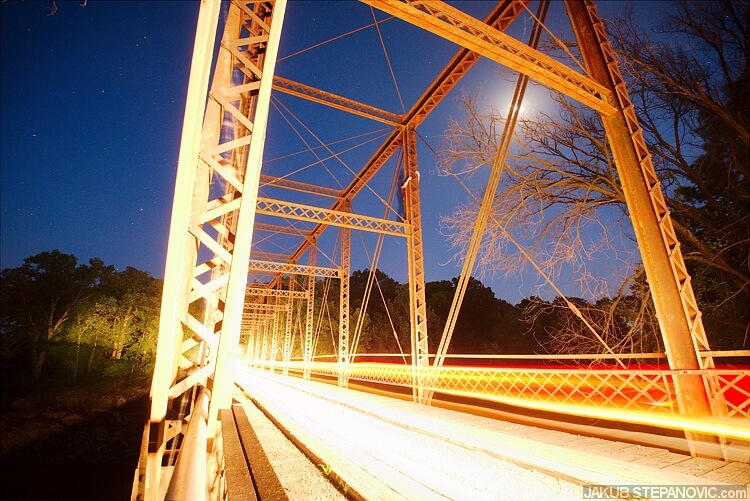 Can you spot hands on that column? That's me hoping that the driver won't see me and freak out, and that the giant spider, which just landed on me, isn't Brown Recluse.

But it didn't take long, and I had what I came for. 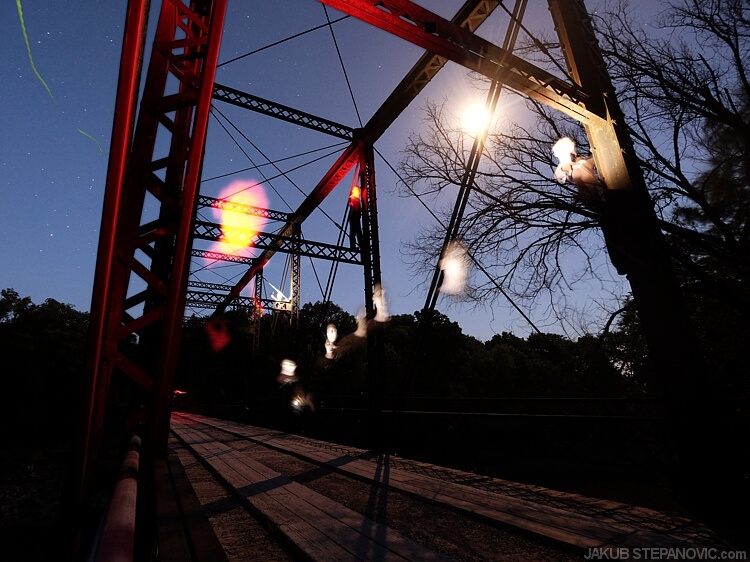 here it is. ghosts of the bridge.

Cycling back, I didn't have to use the headlamp all the way until the town as the moon was strong enough. Fruitful evening, it was. 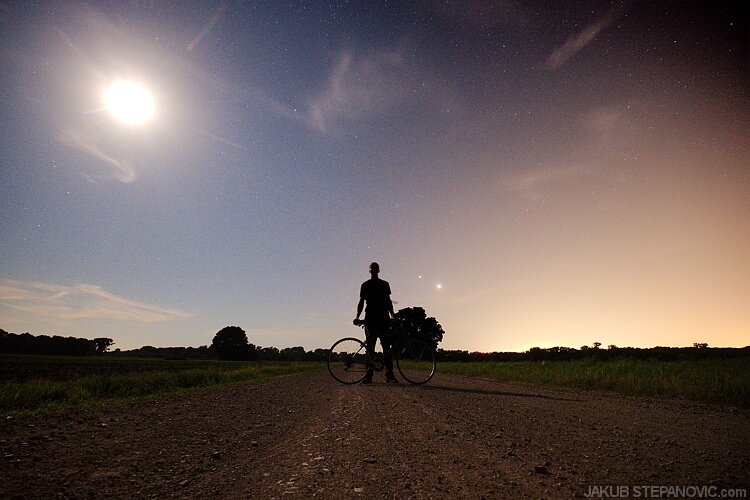 If you liked this article, you can find my other posts in my Blog Archives. Thanks for reading!