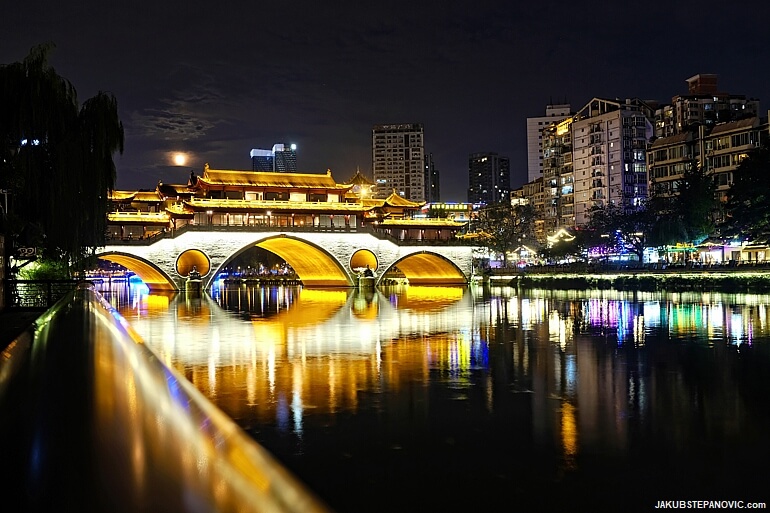 Experiences and impressions from the Sichuan's capital. 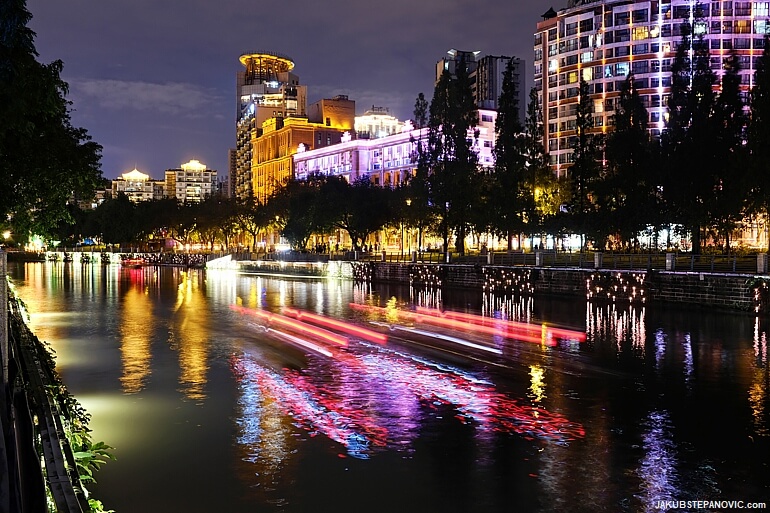 The concrete jungle of Chengdu is well-balanced with some pretty parks: 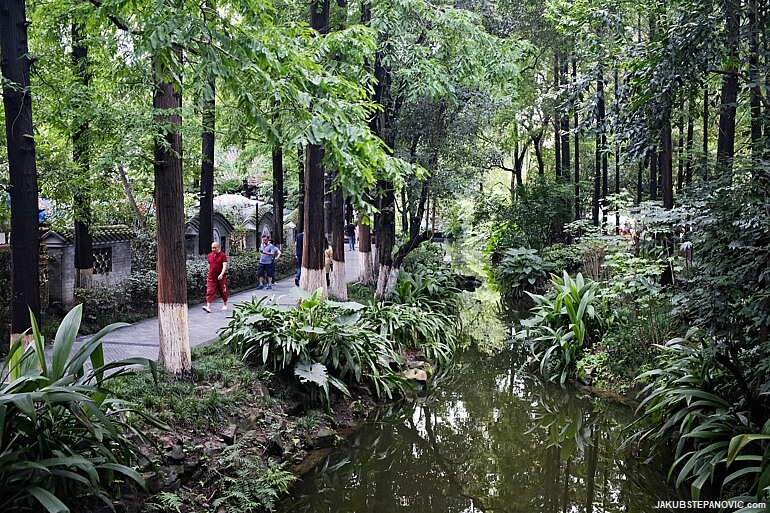 ..And as in other Chinese Tier-One cities, there's a respectable network of infrastructure: 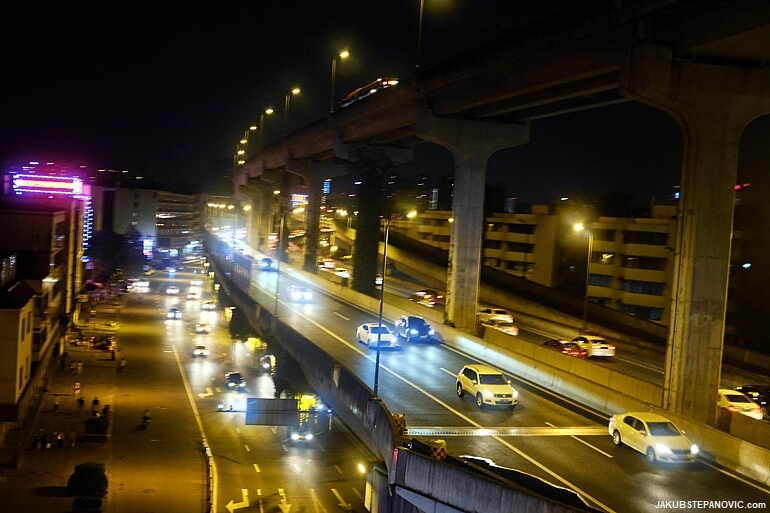 Exploring the environment feels grand. So does observing how locals interact with it. 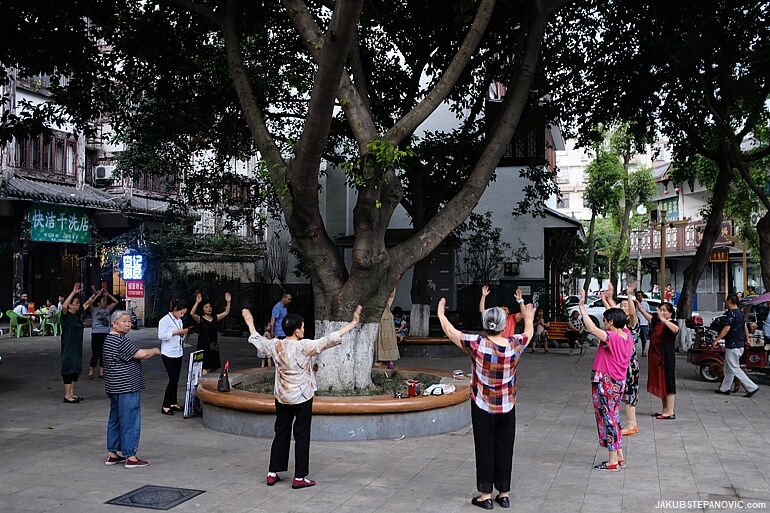 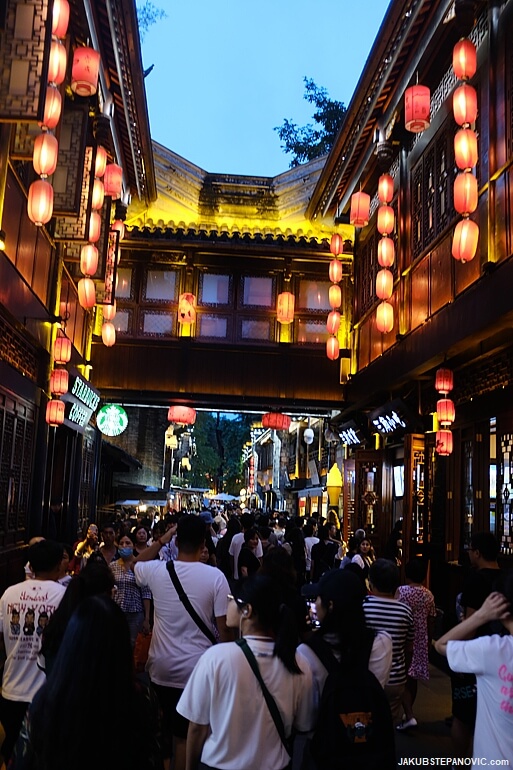 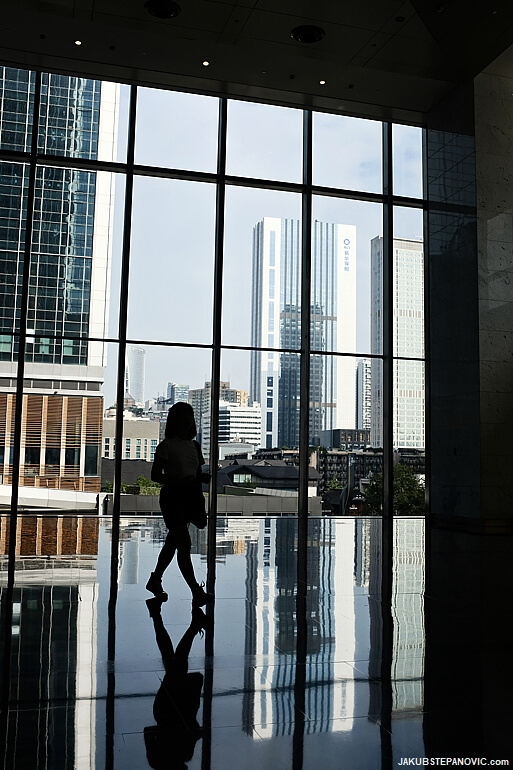 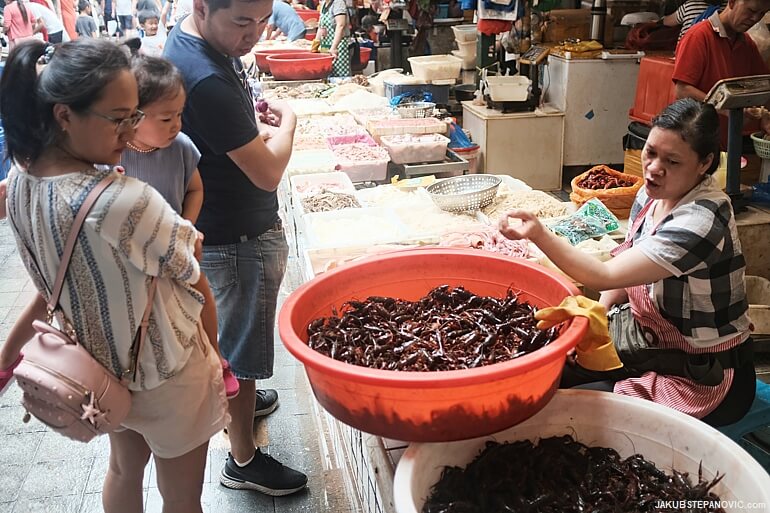 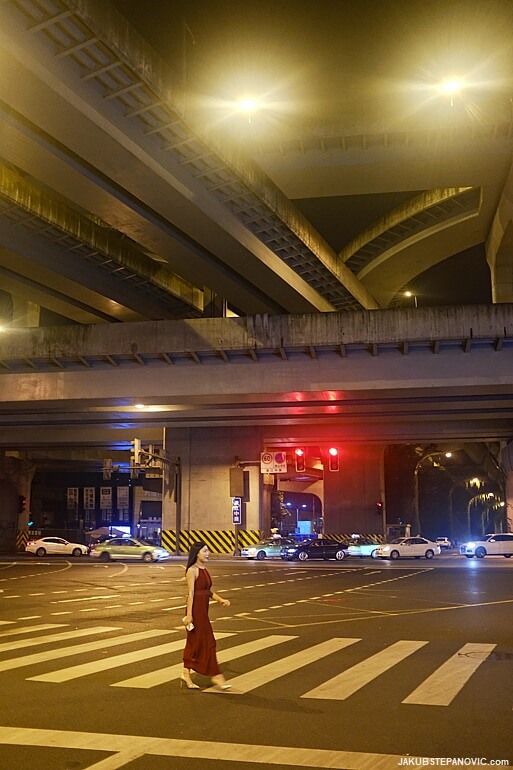 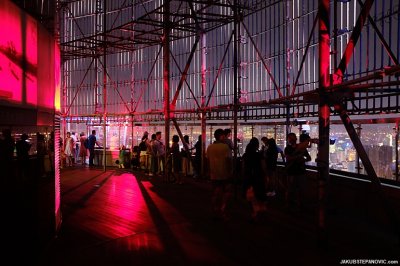 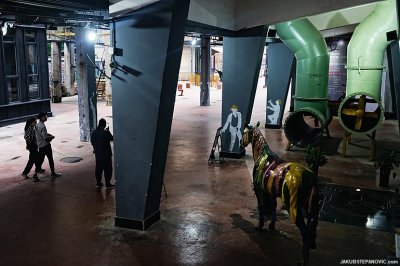 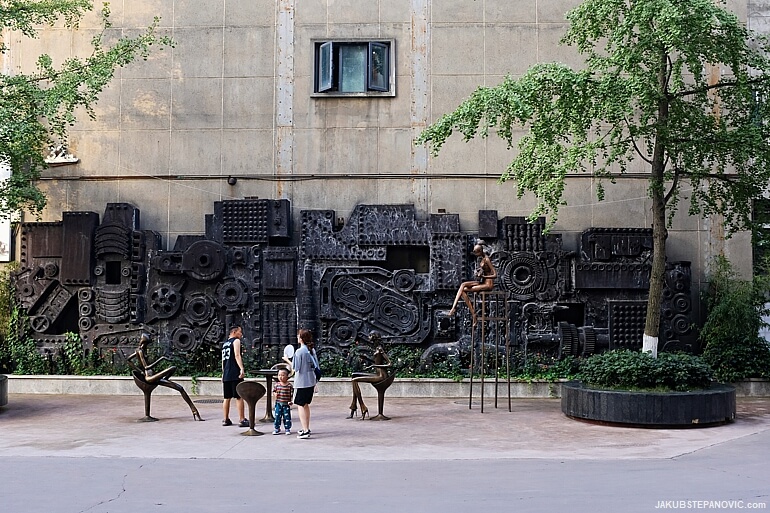 It is like a massive theatre. Speaking of which... the local theatre is also worth seeing: 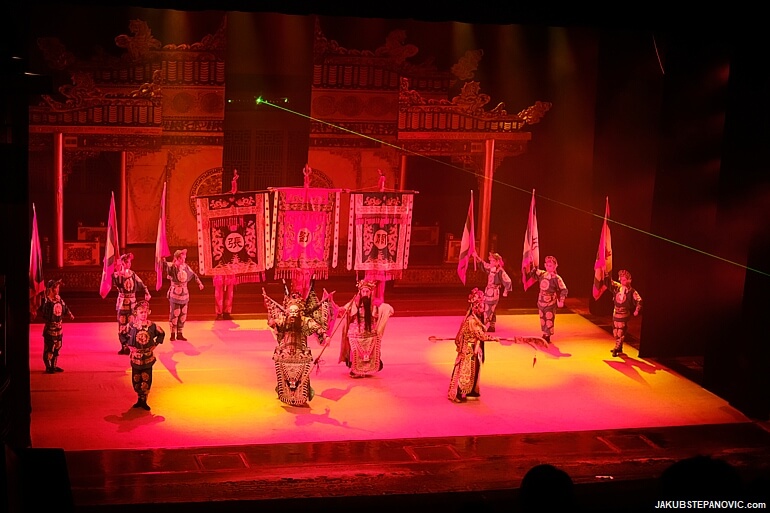 Sichuan Opera is one of the famous cultural bits to be found here. Another one is..: 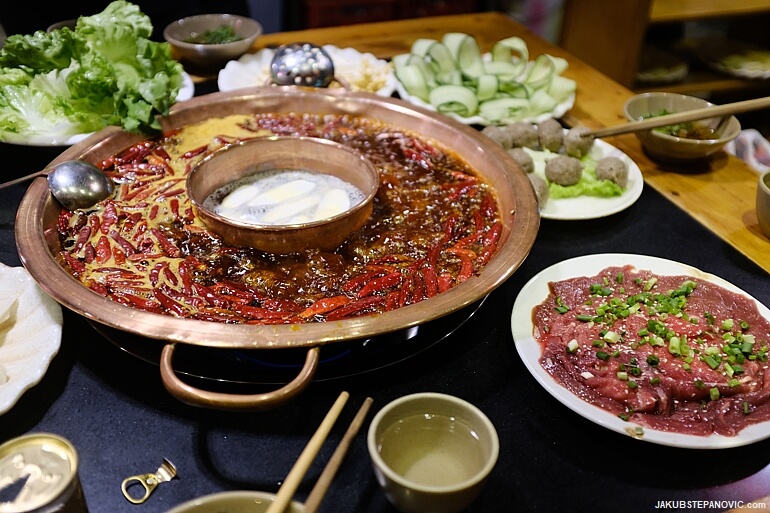 Similarly, as you can find Italian restaurants all over Europe, you can discover Sichuan cuisine all over China. And where else to experience the best of it than in Chengdu...

One of the reasons why it is well-known is its spiciness. I admit I was a bit worried about that – I had a vivid memory of one of the first dishes I ate in China two years ago: it was pure agony, and my mouth was burning for a week. One of the first Chinese phrases I learned was how to say "not spicy."

But at the same time, I came to Chengdu with the attitude, "if so many people describe it as delicious, it cannot be that bad, right?" So this time, I never said "not spicy" in local restaurants. I asked them to prepare it as they like it and hoped for the best. Well, and it was actually pleasant. Some dishes more than others, but I never had one that I wouldn't finish. Maybe I got used to it, perhaps I was lucky, but I stayed a month, ate out every day, tried street food, and had no problem. 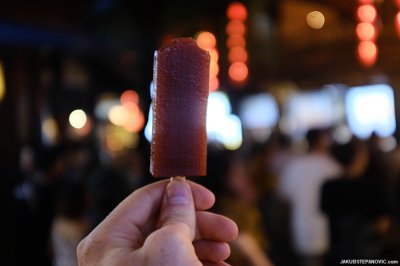 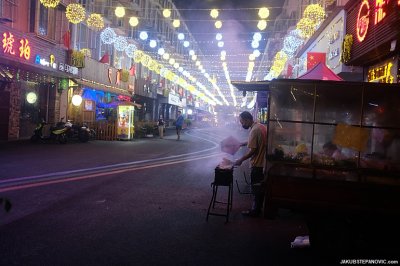 Like with many things in China, just because it has a different color or texture, it doesn't mean it is bad. I tried countless variations of rice and noodles with fish, pork, beef, also yak, rabbit, and stuff I have no clue. I had a blast.

Another significant aspect of living – And like food, transportation can be an experience too. Here's a list of the methods I used during this visit:

Like all metro systems across the country, Chengdu's Metro is the easiest and, in many cases, the fastest way to get around. It works and looks exactly the same as the metro in western cities; therefore, even if you can't speak Chinese, it feels very familiar, and it is a piece of cake to use. But, while it is very convenient, you won't get to see much of the city. 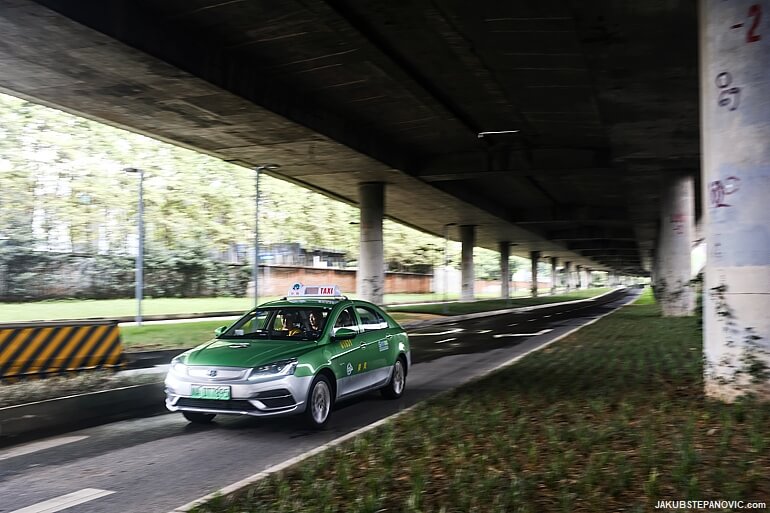 The door-to-door option. Convenient, but expensive and a tad sterile for me. While you can see stuff from the window, there's a barrier between you and the rest. It doesn't have to be this way, I spoke with an American who lives here, and he said he learned Chinese by talking with the taxi drivers. That is very cool, but my linguistic skills still need some work to be capable of such a thing. Now, I avoided taxis, as the alternatives were more entertaining. 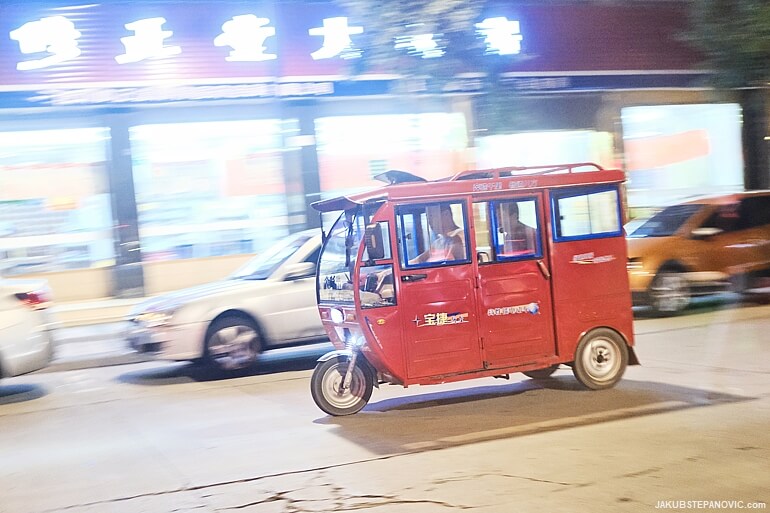 Kind of like taxis, but here, you are fully exposed to the "outside world" – you sit on a hard bench bolted on tiny wheels with poor suspension, so you feel every dent on the road. Many tuk-tuks don't even have doors, so you smell the street food and feel the wind or rain. If you need to get somewhere within a short distance quickly, this can be a cool way to do so. 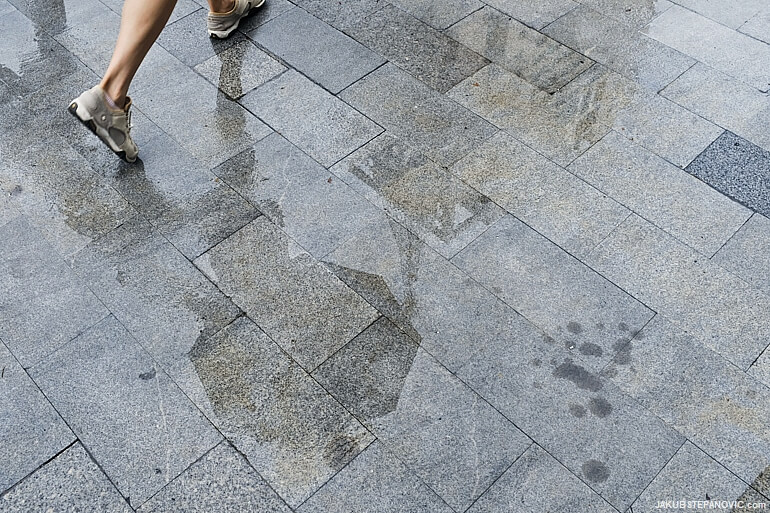 Walking is underrated by many, but when you travel by foot, you get to see a lot, practice your orientation skills or interact with locals, and you do exercise at the same time. 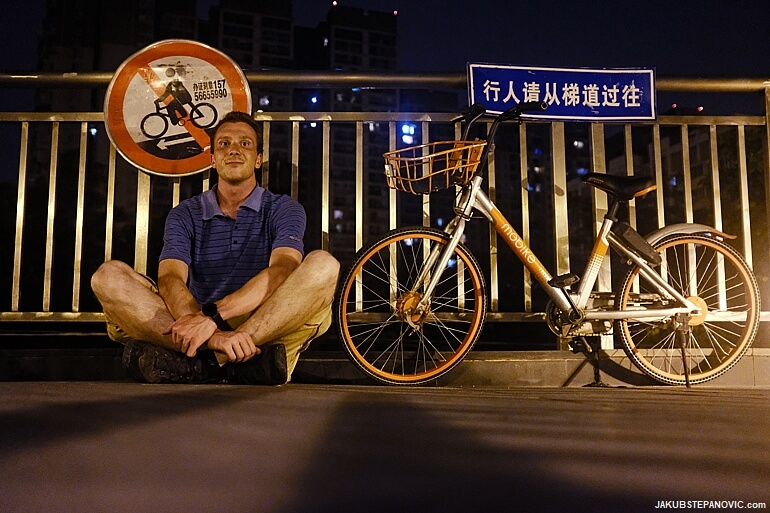 My, by far, most favorite method to get around. It has all the benefits of walking stated above, but it is faster and much more entertaining. Moreover, cycling on some of the busy roads offers unlimited excitement, as navigating through the local traffic can provide more adrenaline than many roller coasters: you enter a big intersection, there is a big truck a few feet from you on one side, many scooters on the other, and suddenly, a bus is coming straight at you. You can't stop, you have to smash it through all of it – as everyone around does. Adapting to this mentality is not for everyone, but when you do, it is a fun way to reach places. 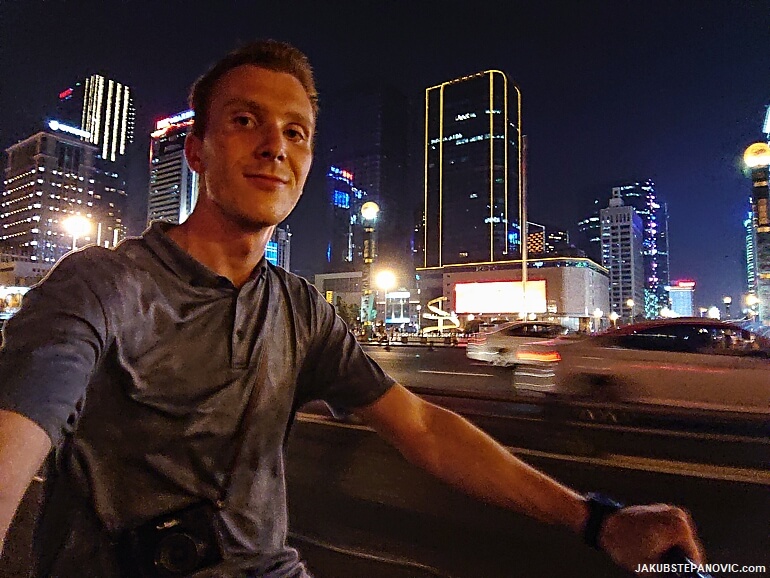 Oh, and besides all that, it cost nothing. Free thrill at best; let me explain:

These bikes are a part of a big bike-sharing scheme, and one usually needs to rent them. To do so, one needs an app on their phone to unlock them and pay. Setting up an account for the service is a bit of a pain without a Chinese bank account, but I managed with the help of locals when I was in China two years ago. Still, it took a while. Alas, I forgot the password as I haven't used it since, and the only way to reset it is to re-link your bank card. Mine already expired and was no longer working, so I couldn't get the bikes the usual way. However, there were other options. Without exaggeration, there are tons of these bikes... 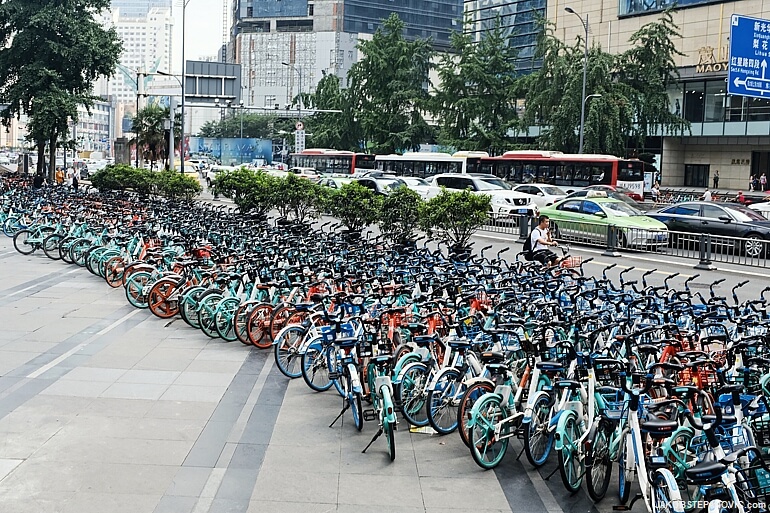 ..And, some of these have been on streets for years. In fact, a good number of these belong to a company that went bust, so you can't rent them anyway, and they just collect dust: 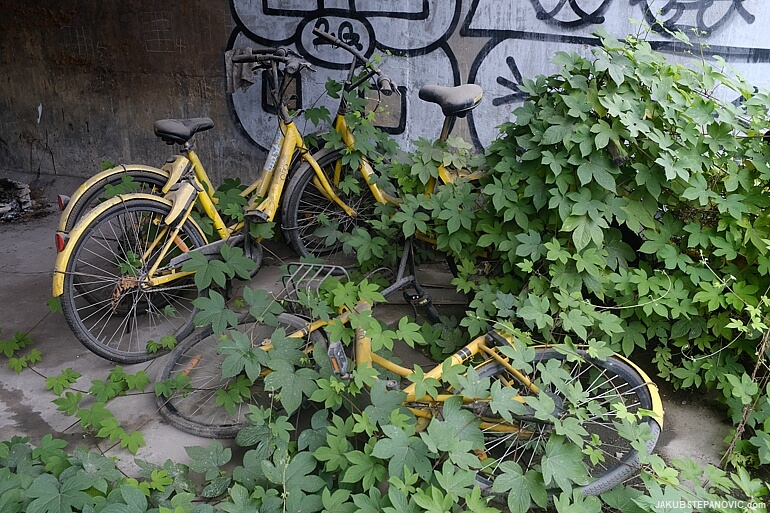 Sadly, many of these old bikes are slowly but surely falling apart. Some have no seat, others' brakes ain't worth a dime. But as a result, it is not rare to find one with a broken lock. Sometimes, you need to fix the chain or straighten a Pringles-shaped wheel, but eventually you have a bike to use, free of charge. These battered bikes often offer an additional layer of thrill, and since they are already broken, you don't feel bad about doing an occasional jump or riding stairs here and there. So good!

You can't beat planes on longer distances... This could lead to a transition to stories from the neighboring provinces, but that will be another post (stay tuned). Instead, Chengdu's airport provides a transition to an area that is significant here: 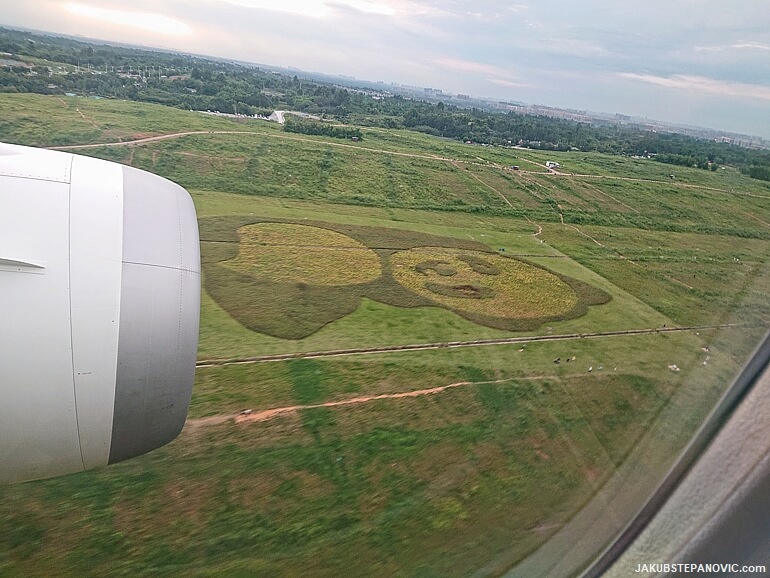 There are a few (literally) giant pandas next to the runway, hinting that the Sichuan is the main province to find these pandas in their native environment. 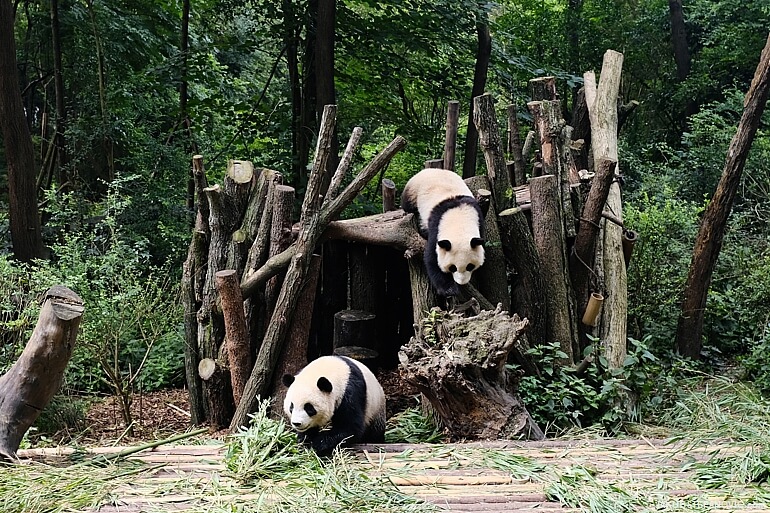 Sichuan has many giant panda sanctuaries, but the most convenient place to see pandas is the Chengdu Panda Base. The place's rather crowded, but still very interesting, neat to see.

The base has young pandas, old pandas; they have them all – including red pandas. And while the giant pandas are far from reach, the red pandas can roam around as they please. So it happened, one red panda went on a walk, over the fence, straight towards me. It stopped by, licked my shoe, and stayed a moment, allowing me to pet it. I enjoyed the moment rather than trying to capture it, so the only picture I took was this blurred mess. 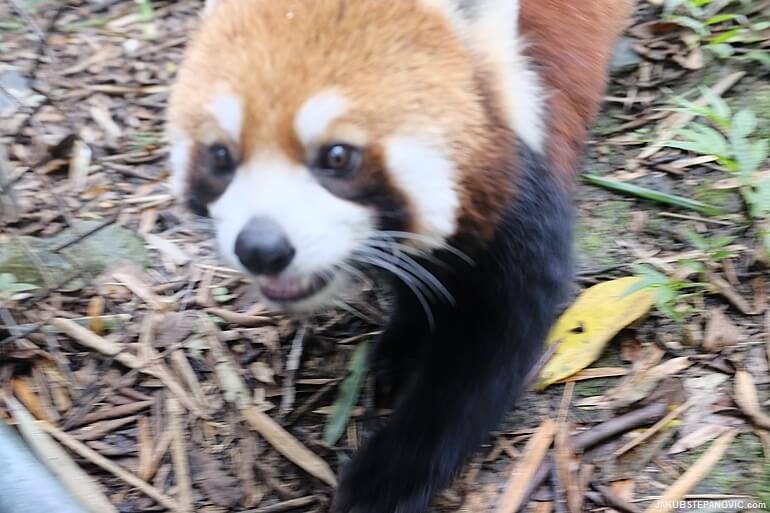 Still, I pet that panda. In my book, that's better than taking a sharp picture of it.

Last but definitely not least. I met so many friendly people here and had a fantastic time discussing all the categories above and many more. I met many kind people who were happy to help, or who challenged my opinions in a meaningful, respectful way.

Sure, it's not all gold. I encountered some who saw the opportunity to make a profit of me just for being a stranger lacking the local language skills. However, I must say that the positive experiences were dominant. 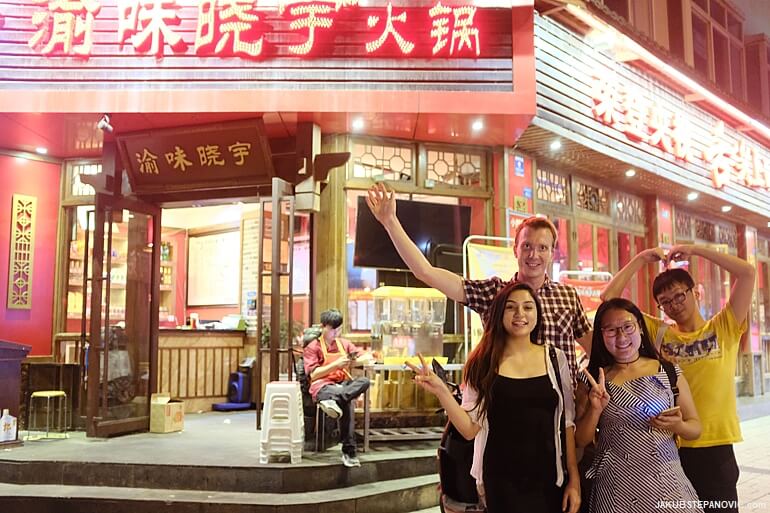 These interactions are the part I value the most out of my Chengdu visit.

If you enjoyed this article, you might also like my collection of Chengdu Skylines, or other posts with impressions from cities I visited, such as: