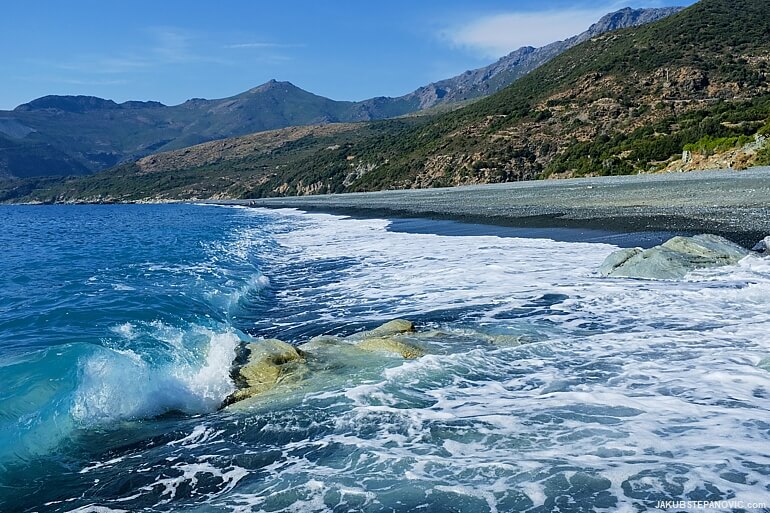 An impromptu trip to the French island in the Mediterranean Sea.

Loads of spontaneous adventures happened this year, and the Corsica trip was one of them. It was during my unplanned visit to Florence, that I met my friend who likes boats. "How about checking out that island nearby, then?" The idea appeared, and we set off in that direction. 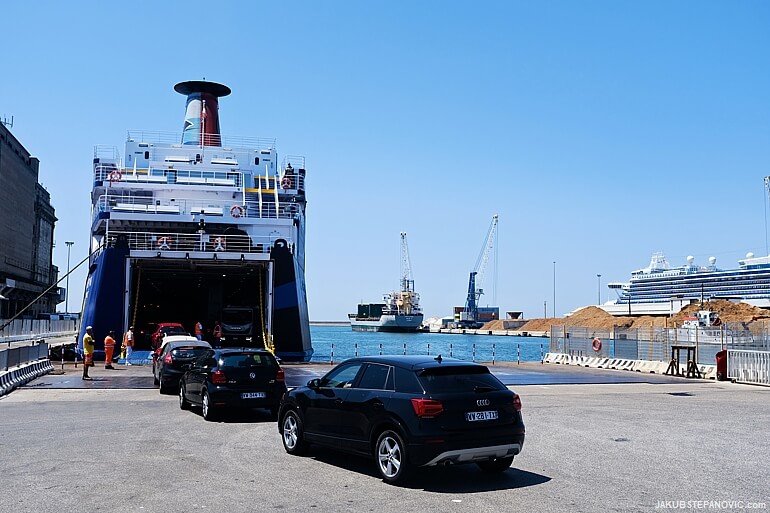 We have never been here and didn't have a single point of interest prepared. But, as Corsica is known for its beaches and mountains, it sounded like it won't be an issue to score some nice experiences nevertheless. 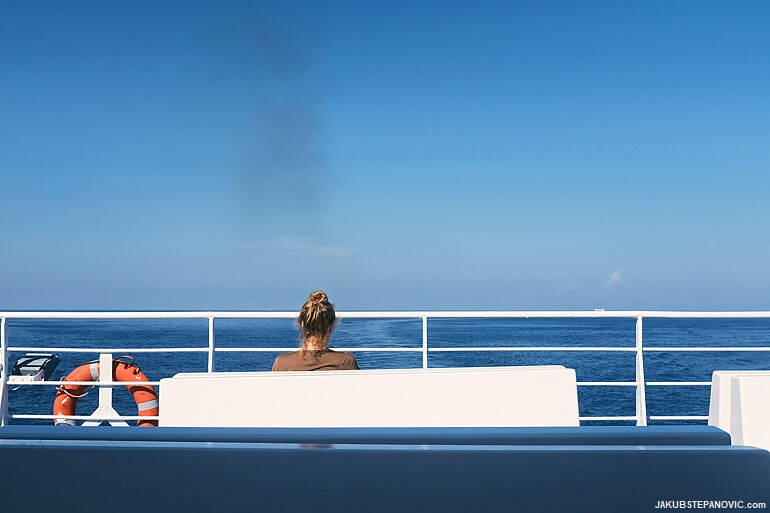 When we arrived at the Bastia port, located in the northeast portion of the island, it was an evening already. 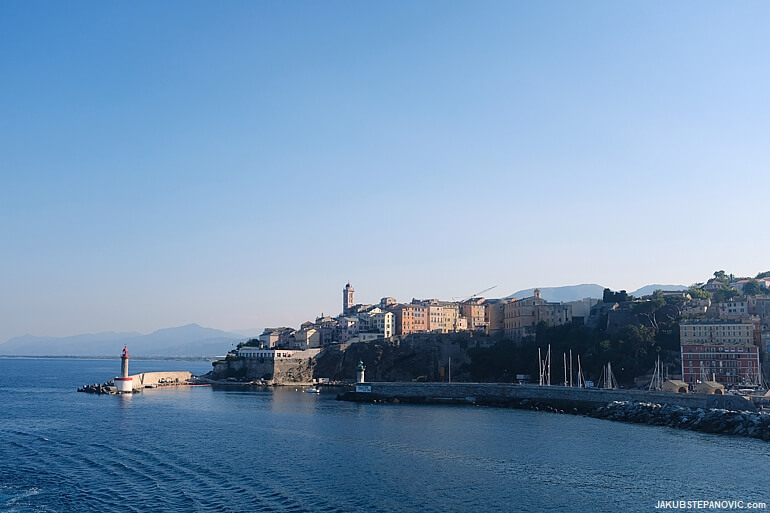 Getting around the town was super exciting. The Italian friendliness combined with the French language and cuisine; yes, please! Speaking of food, we went to a small but popular restaurant for dinner. Once seated, the evening provided gorgeous light, and the photographer in me wanted to go and capture some of it. However, the courses were too delicious to interrupt, and as it was proper French dining, it took a while — by the end of it, all the light was gone. No regrets, tho. 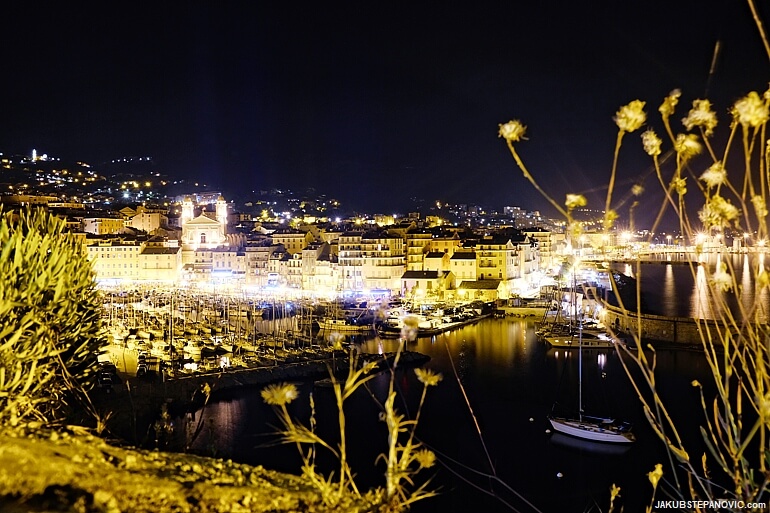 After the food, we went on a walk around the old town, which prolonged the enjoyment: boats, reflections, street dancers and musicians performing Chaos BC... Corsica welcomed us the best way I could imagine.

Once at the hotel we got for tonight, I booked a car to rent tomorrow and passed out. The next morning we got some fruit for breakfast and went for the car. The rental company we selected is located right in the city centre. It might be convenient, but it also leaves you in the middle of a one-way traffic maze — something which ain't too thrilling to drive through in a new car, while readjusting to the driving on the right. It used to be my domain, but after a few years in Scotland, every time I rent a car elsewhere, it takes a moment to get used to having the seatbelt from the left, and the gears on your right. The plan was to find the fastest route out of the city and to spend the upcoming night somewhere away from civilization.

Before leaving the city, we stopped in a supermarket to get supplies, and to decide where to go. Scanning the map, we opted to cross the island to the west coast, as the satellite images were showing plenty of beaches there. To reach it, one can either stay on the coastline or pass the mountain range that spans most of the island. The second option is shorter, and as it offers a wider variety of scenery, it was an easy choice. Somewhere halfway, a turn to a narrow road leading further up the hills caught my attention. A quick look on the map revealed that it goes to the summit of the Serra di Pigno, a peak soaring 960m above sea level. This looked like a not-to-be-missed opportunity — Hello, instant change of the course! 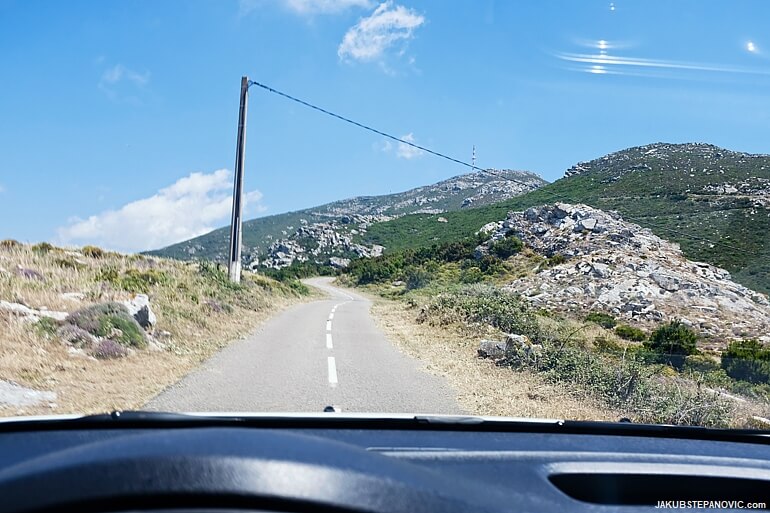 It was a single-track road with sharp switchbacks — something that could be daunting, but for once, coming from Scotland served as an advantage: I drive similar paths more often than I do city driving, and I do enjoy these. By this time, I also got my head around the car's handling, so it was actually good fun.

On the top, there are a few telecom towers and a military base. 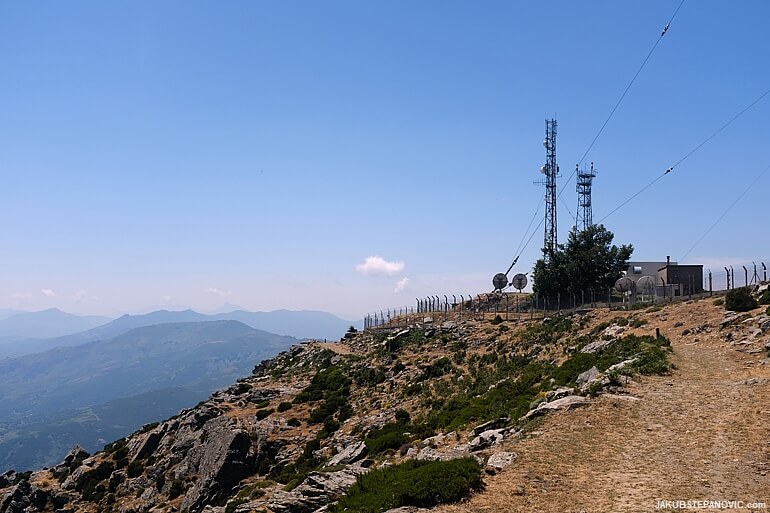 We took a walk around, which revealed stunning views across the island. We saw that the legends about cool mountains and beaches are no short of being true. What a fab place to establish an impression of the island's geography! 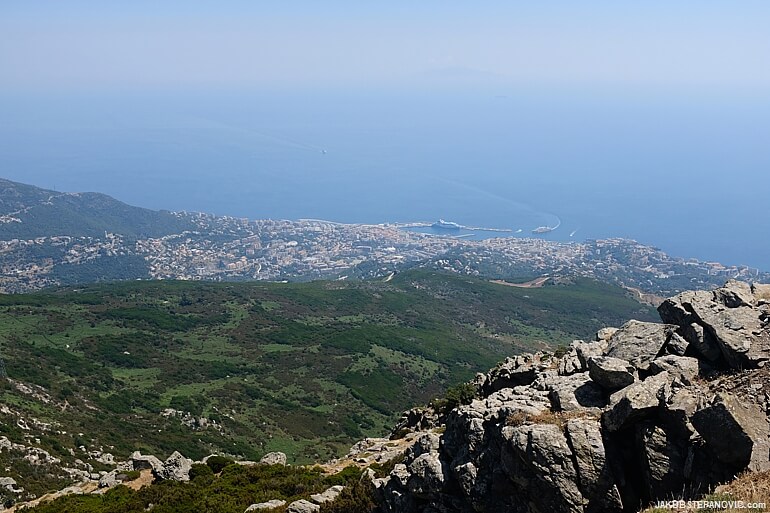 Once we got down from the ridge, by intuition, we parked in the village of Nonza.. 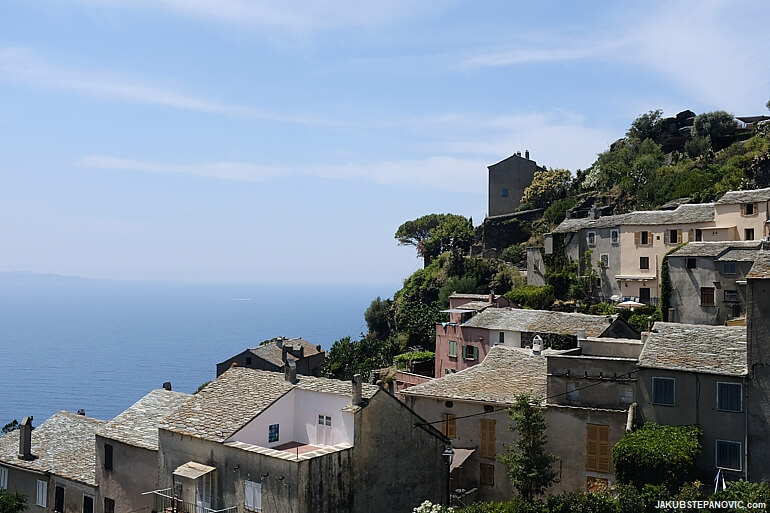 ... under which is this grand-looking beach: 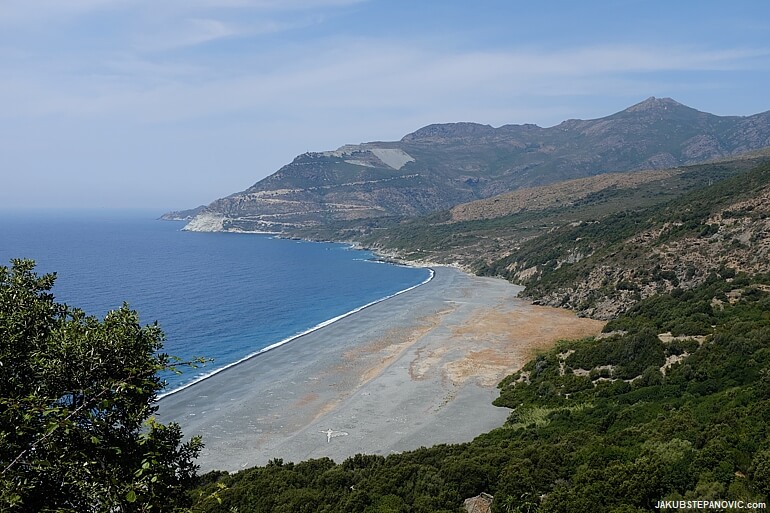 It is massive, and for some unknown reason, it was almost all empty. There were less than 10 people in total, which is nothing considering that the beach is nearly a mile long (~1.3km). We scored a place in the south corner, which was shielded by neat rocks, providing appreciated shade. The water was clean, the entrance to the sea safe... Sweet! 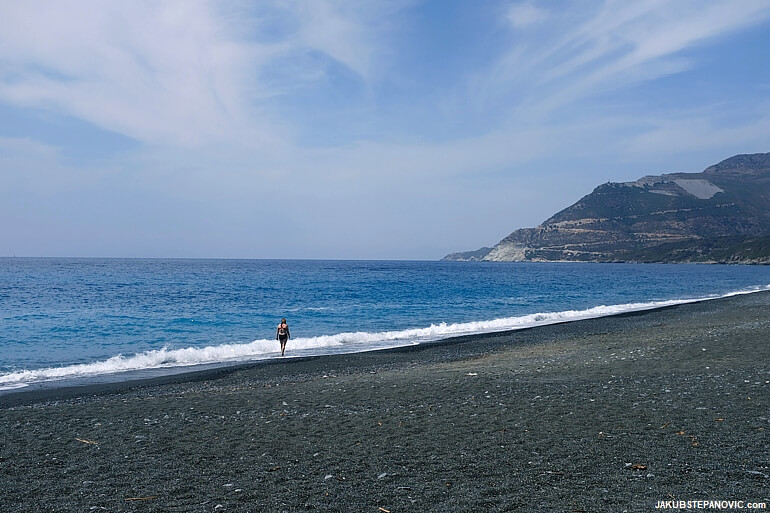 This provided another great, unexpected moment. From Scotland, I am used to the water being rather cold all year round. You can swim there, but after a moment, you have to go back to the shore and layer up. Here, however, one could just get in and float on the water's surface for ages. Watching all them views around while letting the waves swing you up and down, oh-my-goodness... So nice, that we stayed here until the late afternoon.

Then, we went to a charming coastal town, Saint-Florent: 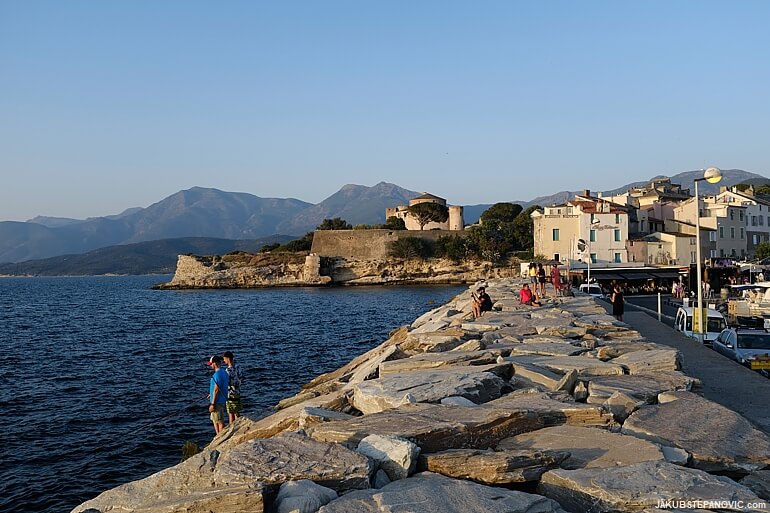 There's a fort (in the middle in the pic above), which was temporarily open as a gallery exhibiting works of local artists — That was well-good! And so was the rest of the place. 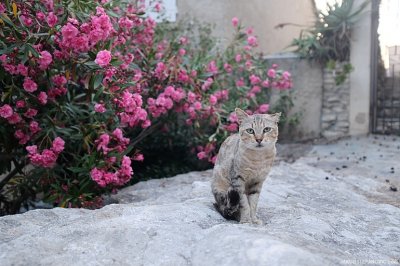 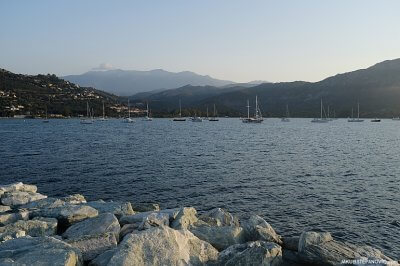 The evening on the west coast provided a colourful theatre, as the sun was on its way beyond the horizon. 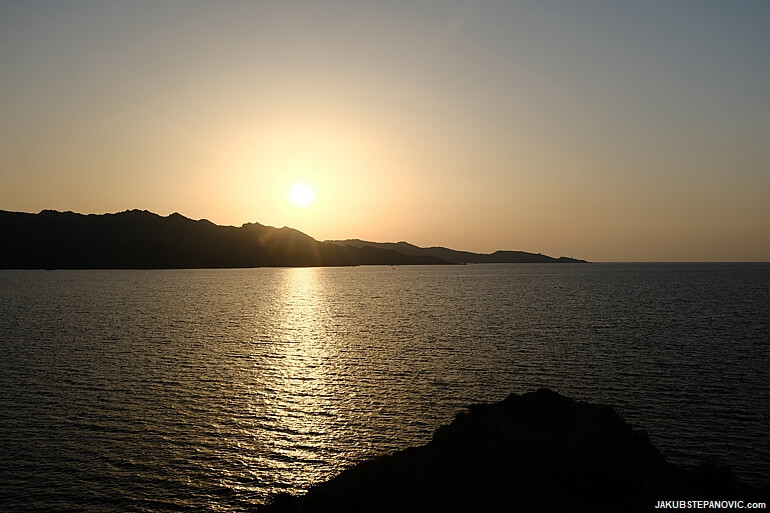 Later, we used the convenience of the city to do evening hygiene... 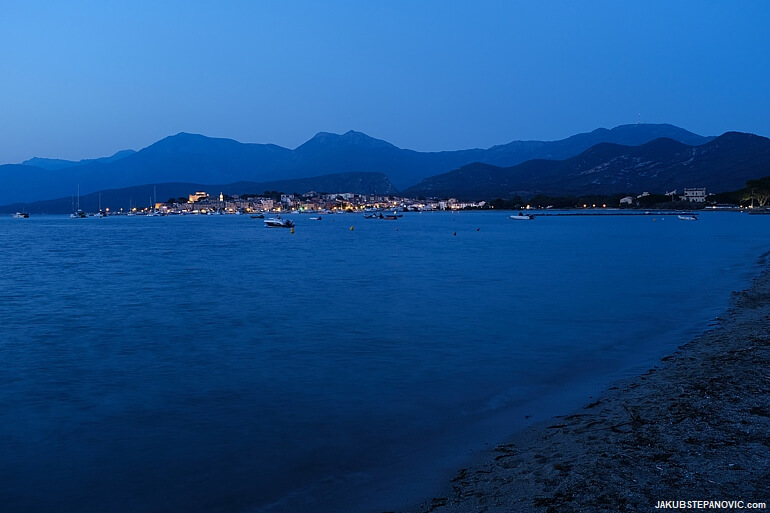 ...and then, we set off to the place I picked for tonight. The satellite images showed a white beach, with no town anywhere nearby. That should do! The thing was, according to the satnav, it was about 40 min drive away, and it was already pitch black. How will it be with access? I was wondering, and it proved to be a valid concern, the road had a barrier about a mile from the beach. Being tired and not familiar with the path ahead, we called it right there. No sea in sight, at least the sky was a superb ceiling to fall asleep under. 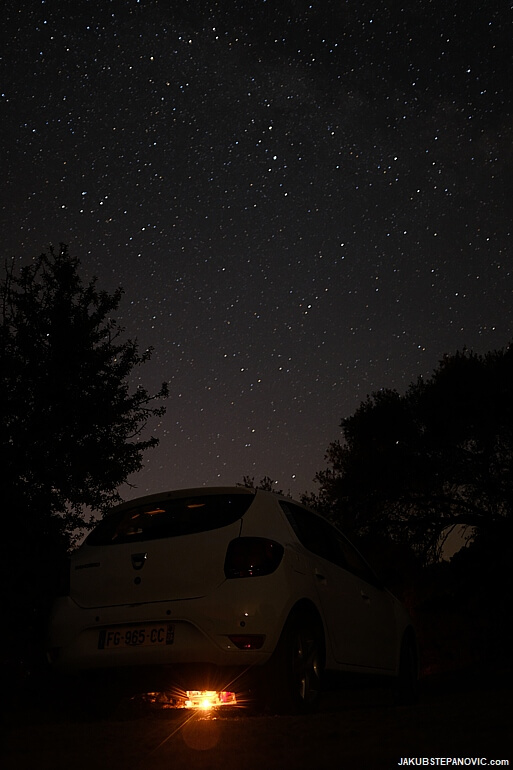 For the next day, I came up with a hike in the mountains, but it would be a shame to skip the reason of coming this way, the beach. The path that goes there is very pretty... 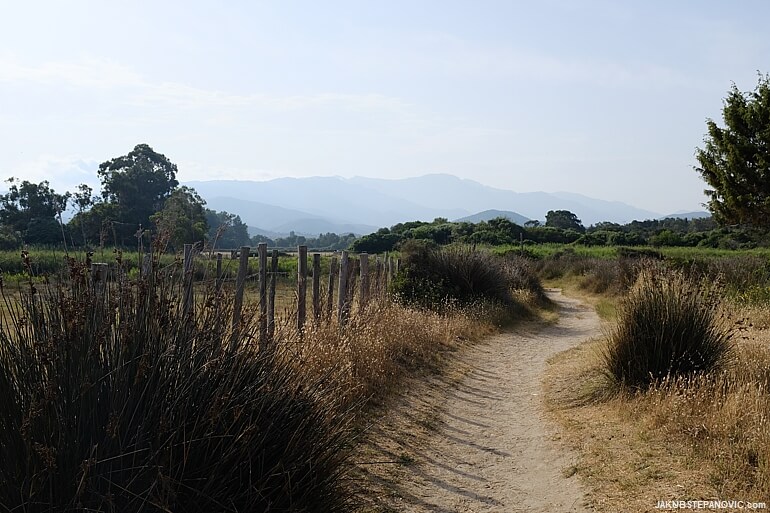 ..but as it features a slightly questionable bridge, skipping it yesterday was probably a good idea. As for the beach itself, indeed, it would be an absolute class to sleep on it. Maybe the next time. 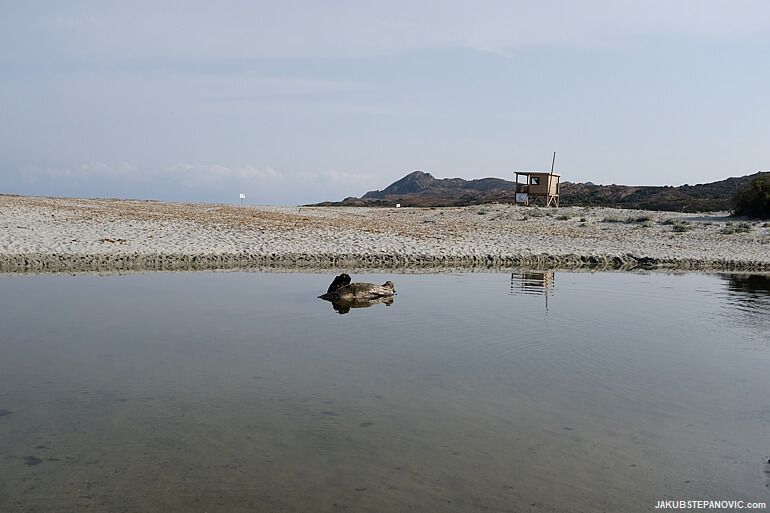 The upcoming hike also had a sense of the unknown in it, as I planned it only based on a map. To reach the trailhead, one has to drive another narrow road, this time through the canyon of Restonica. In places, it reminded me of some shelf roads in Colorado. 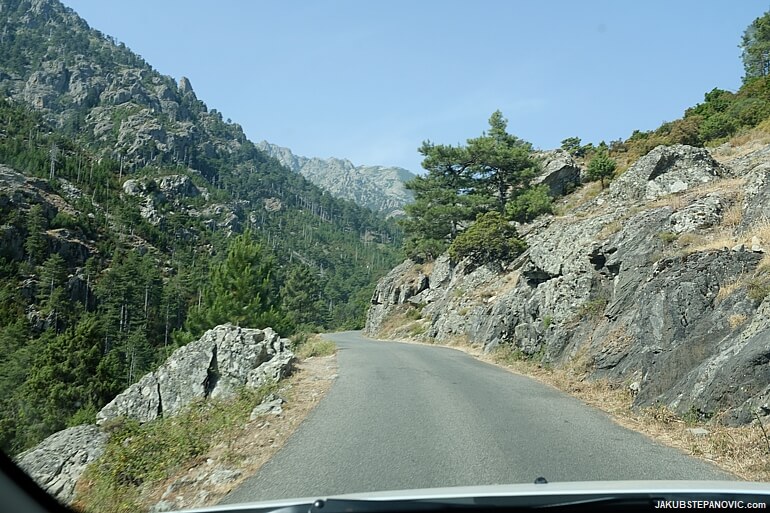 It was beautiful. And then the trail, oh, the joy of joys! 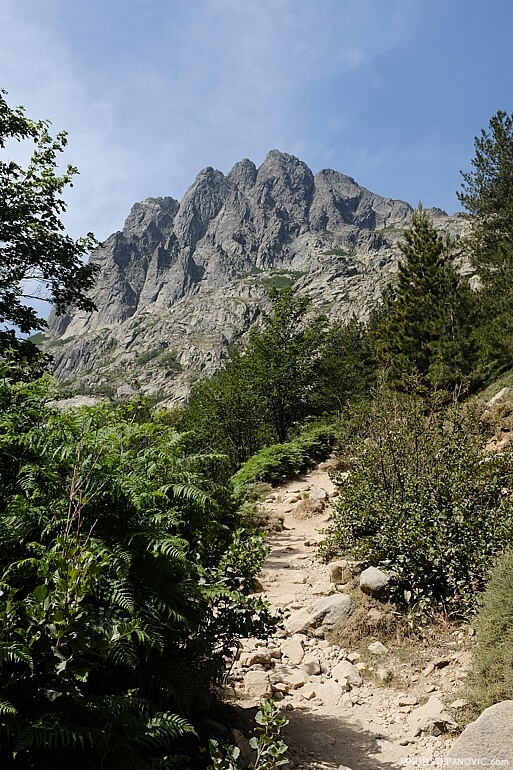 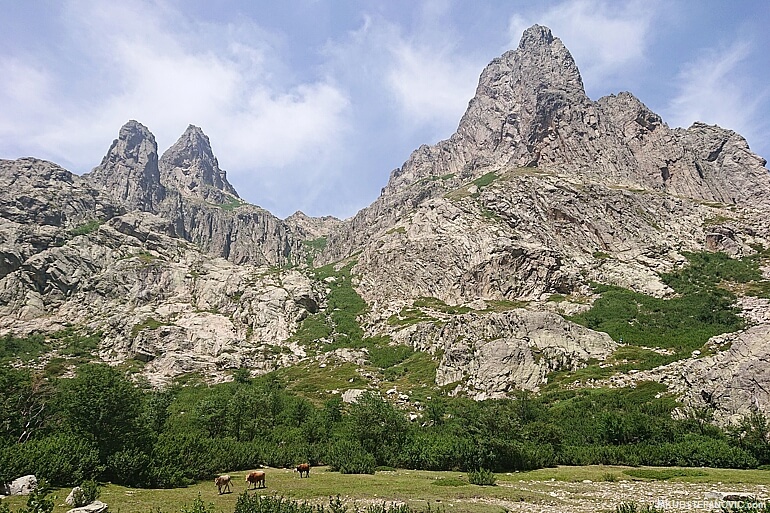 As we started descending back to the seashore later in the afternoon, the mountains got immersed with storm clouds. Ending the day on a beach, this time on the east coast, swimming, and watching distant boats on one side, and the storms smashing the mountains on the other. Top. 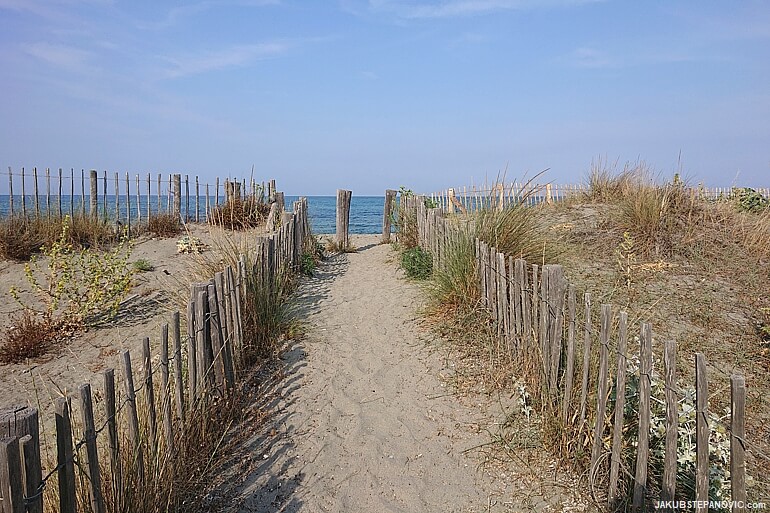 The next day, on the way to return the car, we stopped by the Lucciana Cathedral, a catholic structure dedicated in 1119... 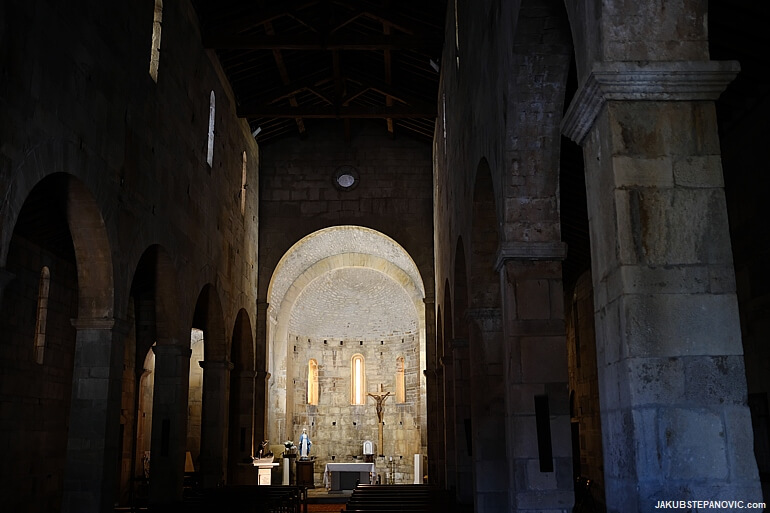 ...and before we boarded the boat back to the mainland, we saw the city of Bastia during the day, too. 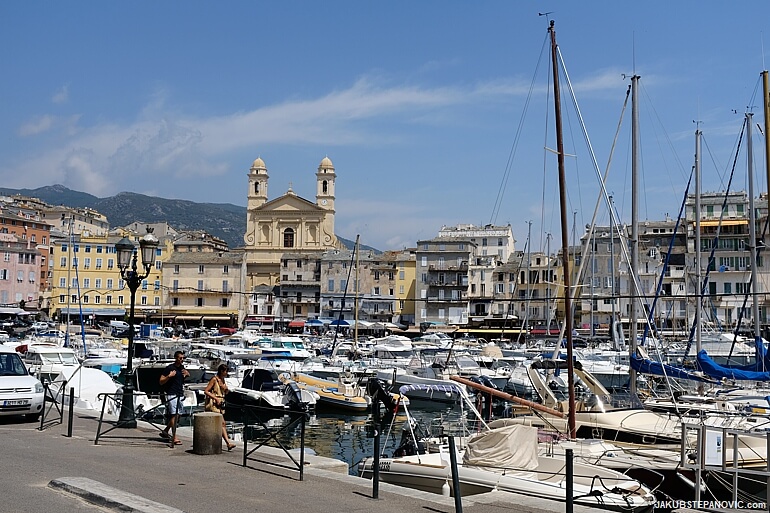 Considering that everything on this trip was pulled out on the go, I am genuinely impressed by how it went. Sometimes, life is about improvisation. And when that works well, it is very satisfying. That's what Corsica was to me. 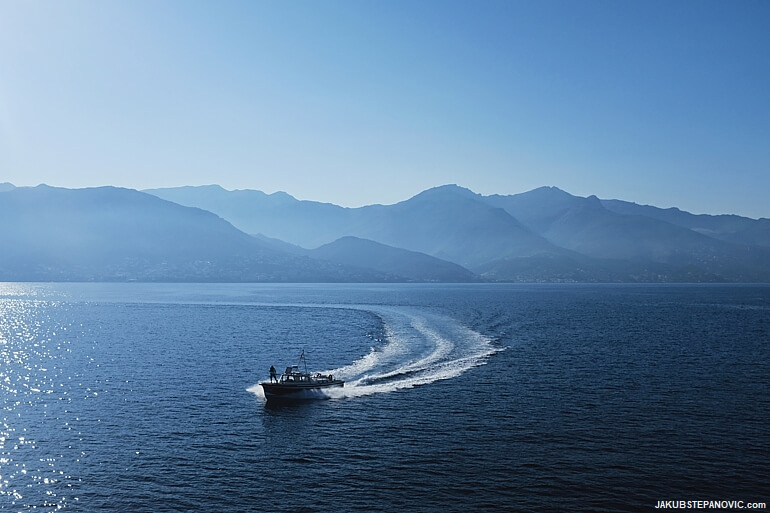