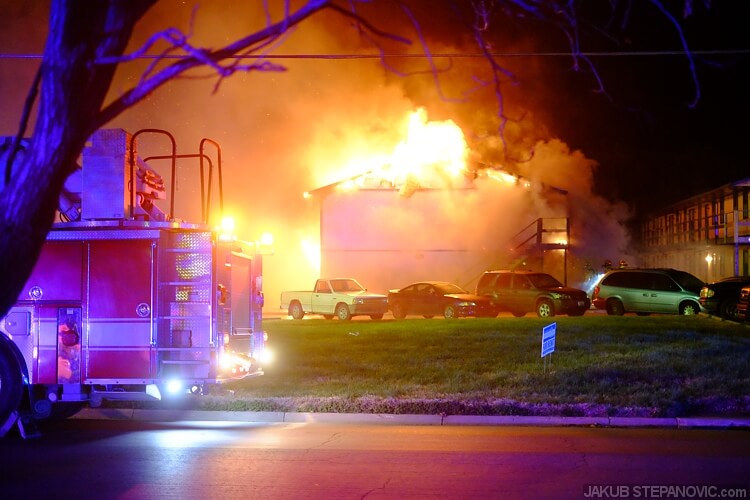 It's been one of those nights I couldn't sleep. Suddenly, just after 3:30 a.m., a fire call came at the 911, so I went to cover it. Little did I know that it will be one of the biggest structure fires I photographed up-to-date, leaving an apartment building destroyed. 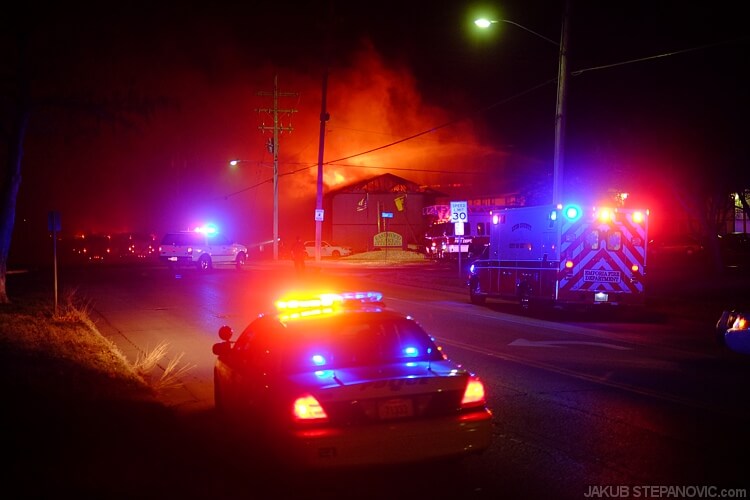 Several units out of six fire districts responded to the fire, which took roughly three hours to get under control. 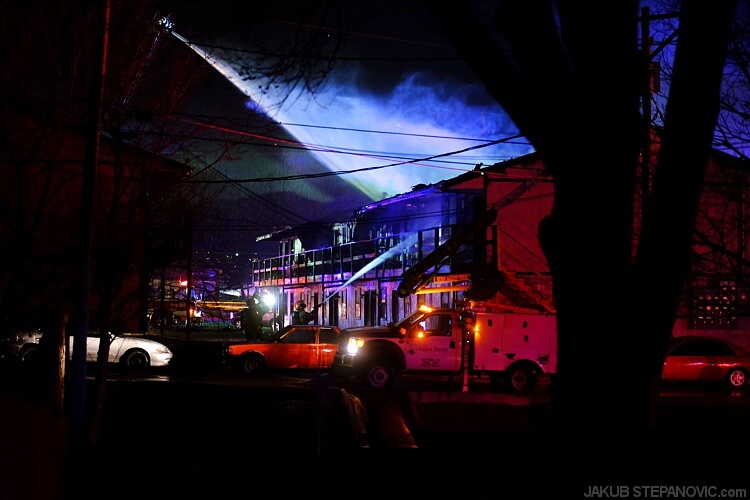 The building had 16 units, eight on the ground, eight above them. The fire started in the corner apartment downstairs, and it quickly extended up into the attic. Soon, the two-story building was fully engulfed in flames.

When I arrived, the place was turning into mayhem. 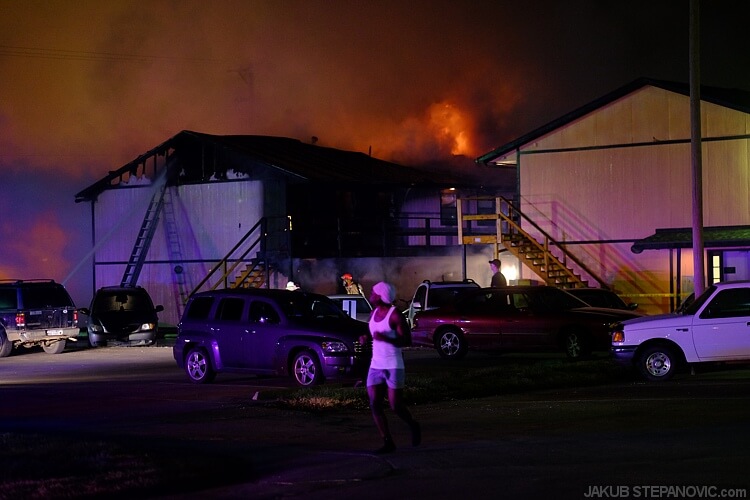 Occupants of the apartments run from the scene, some just in underwear. The outside temperature was 43 degrees Fahrenheit (6°C) at the moment.

Amazingly, no one got injured, but the property damage was substantial. Among evacuated residents, conversations such as: "How do I even get my driver's license back as they need two proofs of identity?" "I just grab my pants. My phone, my wallet, everything's gone," were present everywhere. 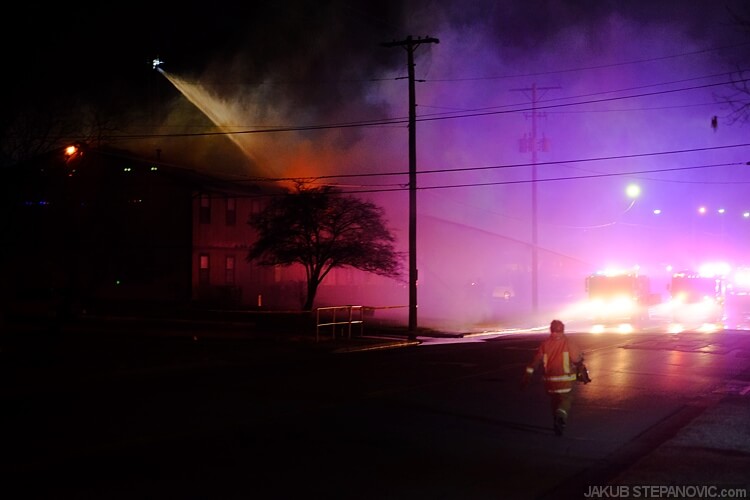 Smoke and fog from water cannons surround the neighborhood of the fire.

However, the community responded, and surrounding people united to help each other. I helped a little when the Salvation Army arrived later.

Once the situation calmed down, It was interesting to observe how individuals divided their views on the problem. One group said things like, "Can you believe that someone smoked inside and almost blew that whole thing? People are just stupid!" While others mentioned: "Disasters like this kinda open people's eyes and they get this need of helping each other." 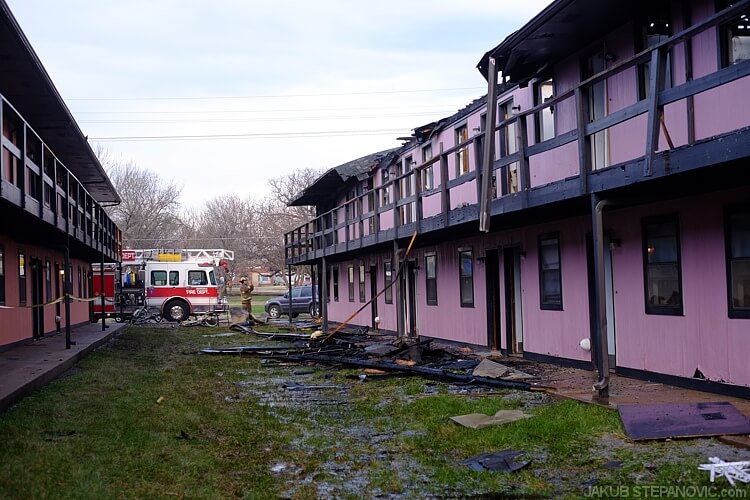