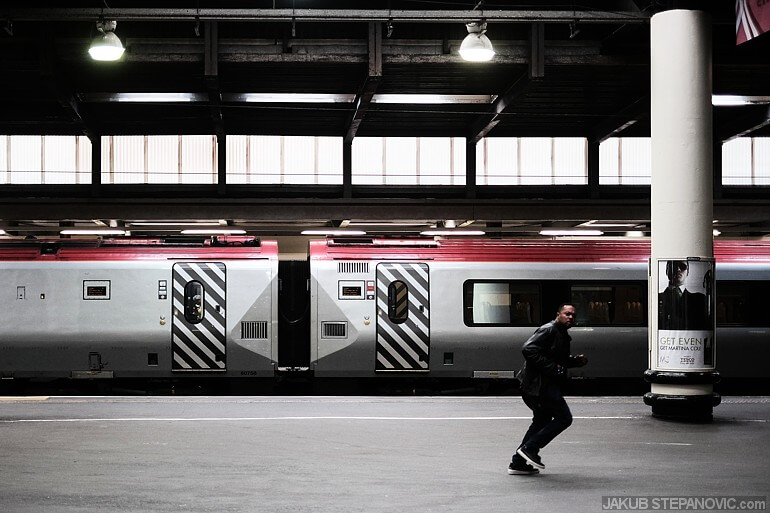 New technologies and cheap labor in Asian countries pushed Europe's heavy industry to the background. Many textile factories, glassworks, mills, power plants, and manufacturers went out of business, and their buildings were either demolished or remodeled. However, one witness of the industrial era is still true to its original purpose: the railroad transportation. While locomotives changed, many stations remained the same. London offers a lot of examples from all ages. Here's a quick run around some of them. 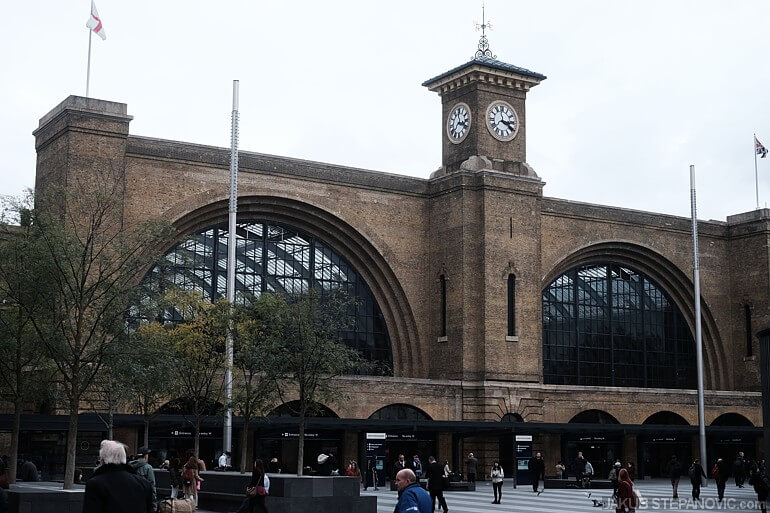 The list starts at the north tip of downtown area and goes counterclockwise. The first is Kings Cross, finished in 1852. 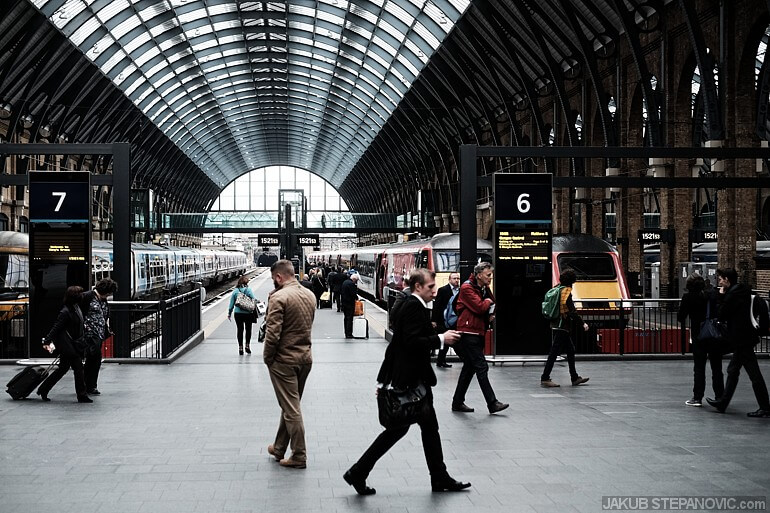 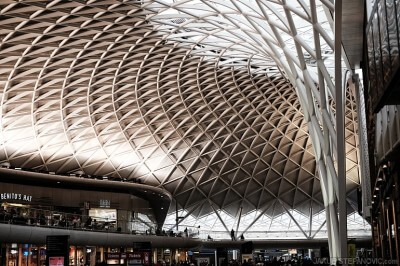 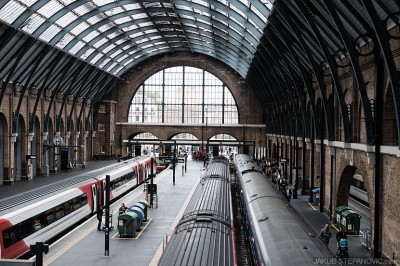 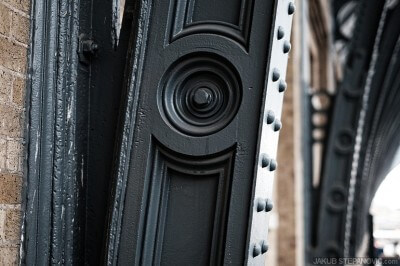 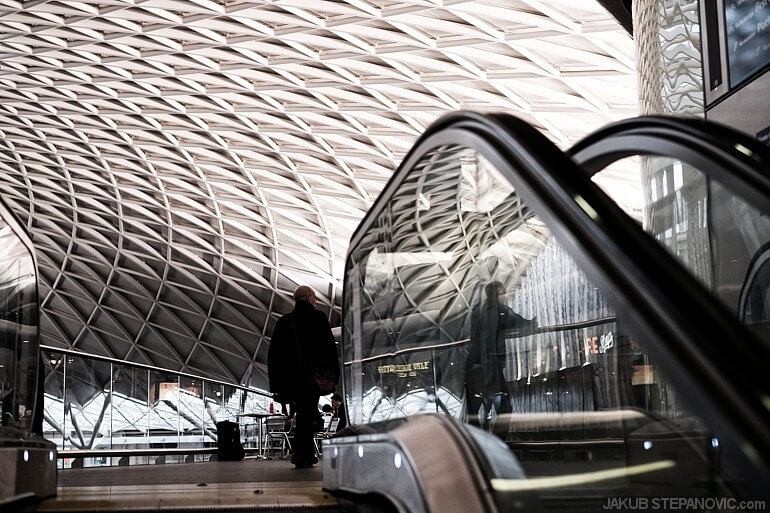 In 2012, the station was extended with departures concourse, a modern dome from steel. This combination works surprisingly well. The merge of the already cool old building with contemporary elements makes this station probably my favorite out of those I’ve visited. 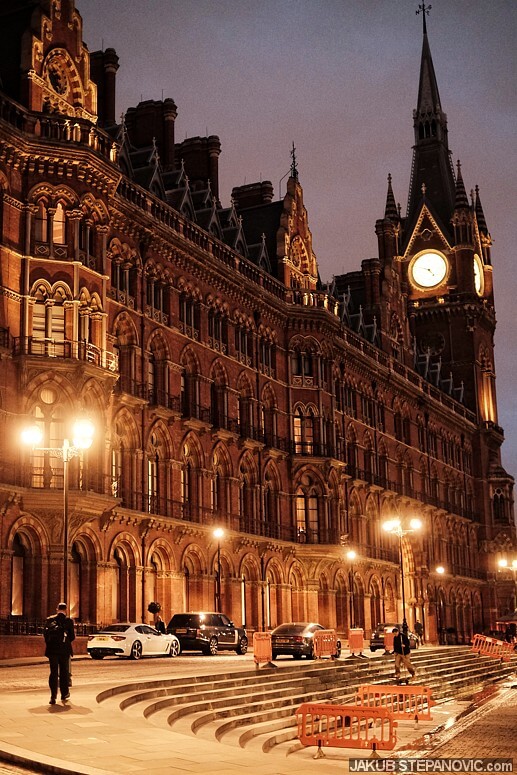 Just across the street from the previous one is this beautiful station, which opened its doors in 1868. It looks like a castle and it is huge! 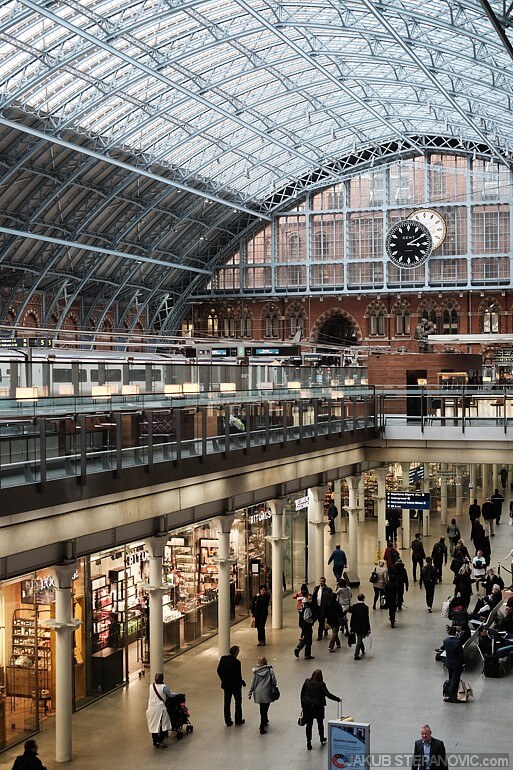 It has once the world's largest single-span roof. It also went through restoration, in 2001-07, that made it up to modern standards while preserving the historic structures. Exposed ironwork nicely complements decorated brick walls. 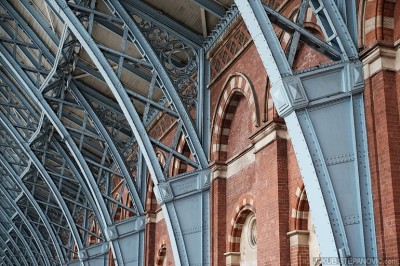 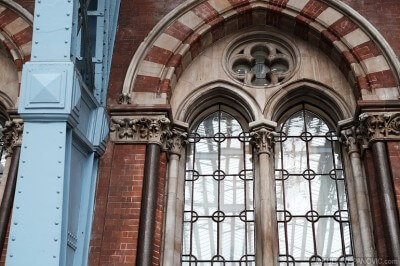 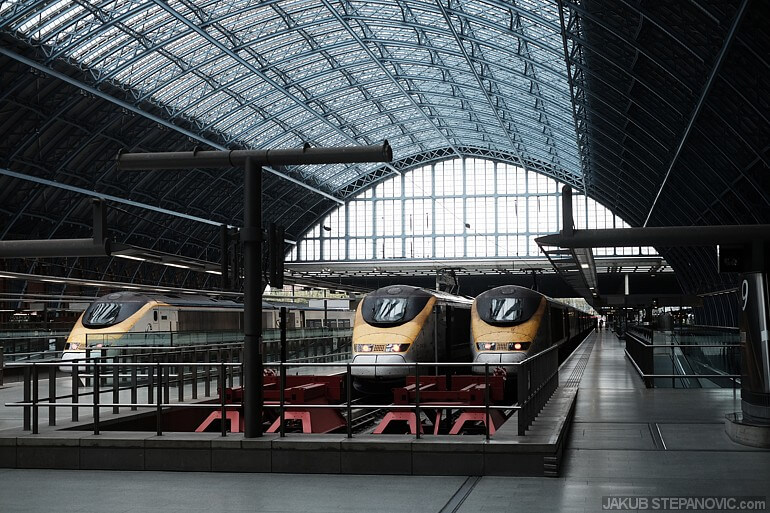 Imagine how cool this had to look 100 years ago! Steam engines lighten by sunrays passing through the windows into arched train shed filled with coal smoke… 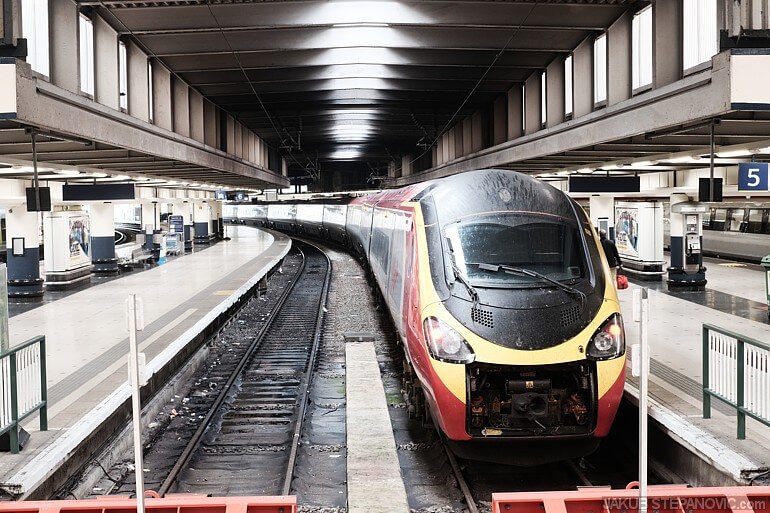 The original station was replaced by the current building in the sixties, so it is now bigger but with not nearly as impressive architecture. The machines that go through are more interesting than the building itself. 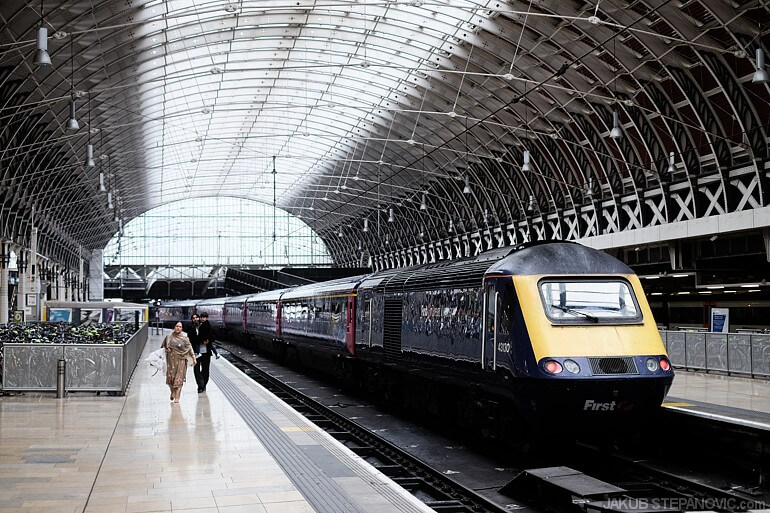 A nice station built in 1838. It's a part of the world's first underground railway since 1863. It served from here to Farringdon Street. 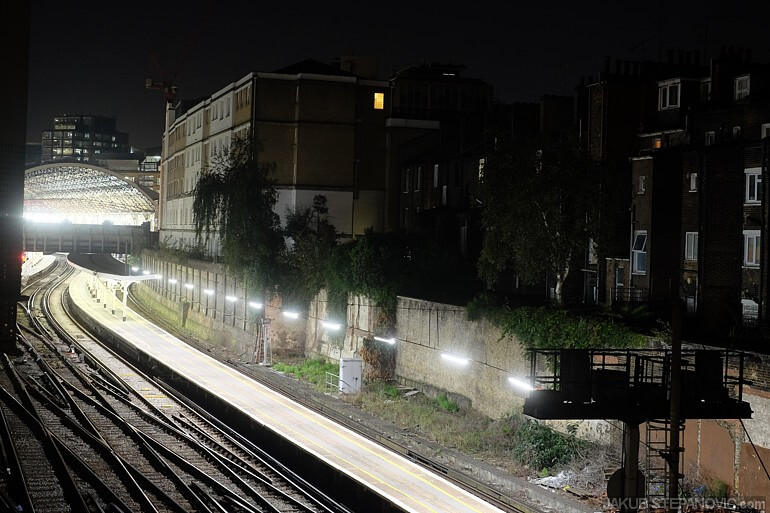 Victoria was built in 1860, and it is the second busiest station in the UK by passenger usage. I've just a quick snapshot as I was walking to the coach station, which is just a block away. As much as trains are cool, buses are cheaper.. 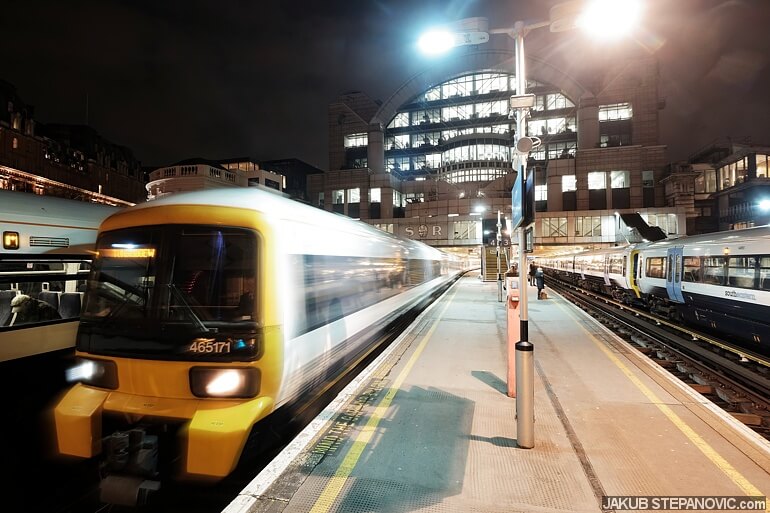 Located in the very center of London, this station opened in 1864; however, the current building is from 1990. 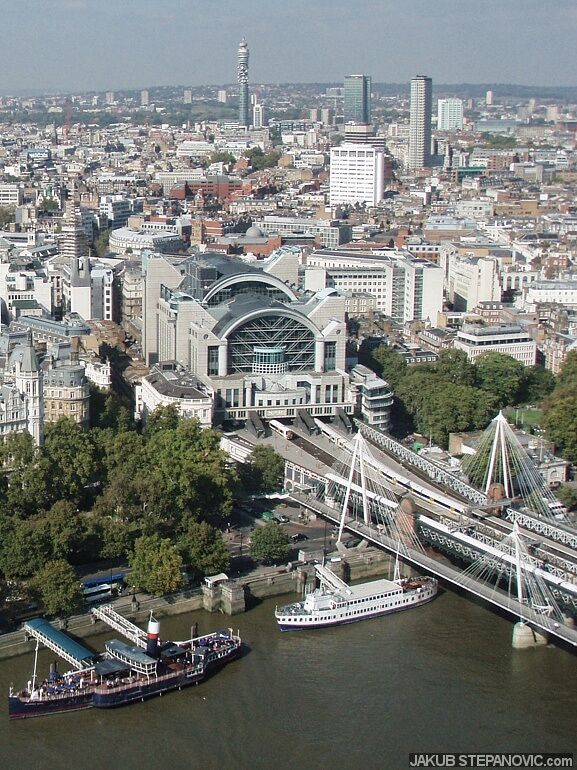 To enter the station, all trains have to cross a bridge. I took this photo in 2007 during my first visit to London. Nowadays there are more high-rise buildings in the background. 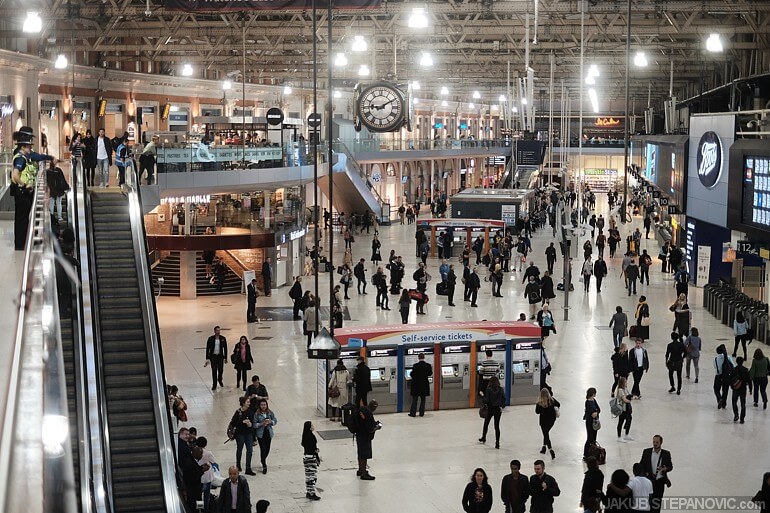 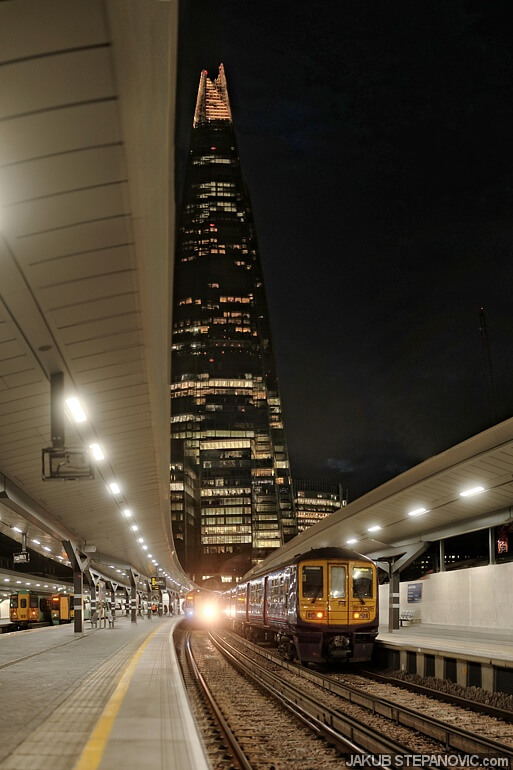 The station below the Shard opened in 1836, and it's the fourth UK's busiest. 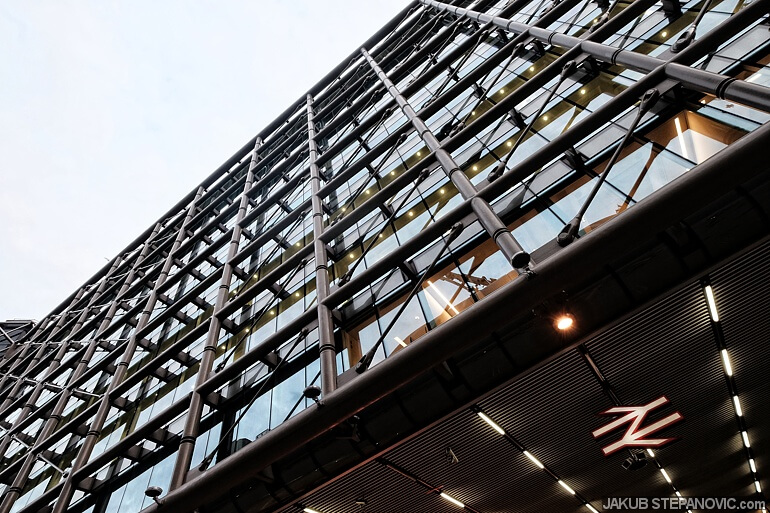 Following three stations are located in the City of London. The Cannon Street station changed over a couple of times; the current building was finished in 2011. 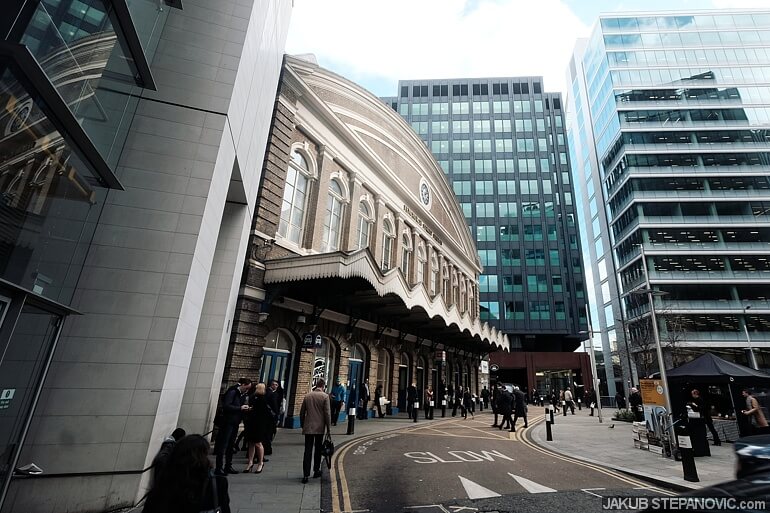 Smallest of mentioned, this was built in 1854. 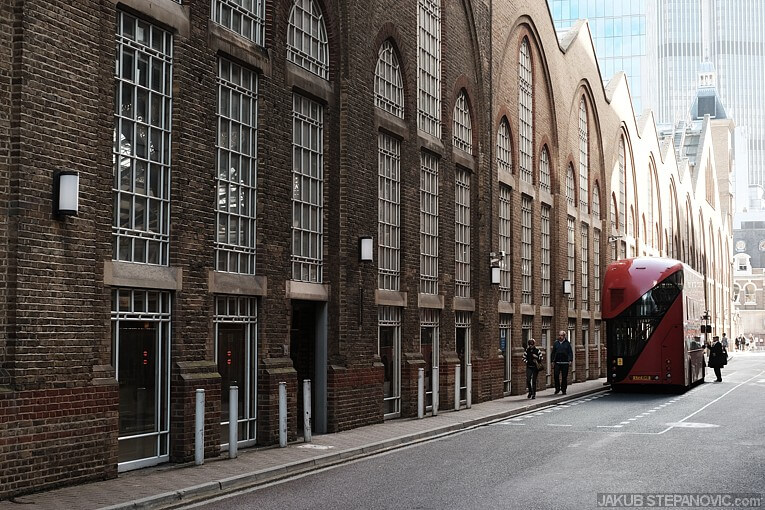 This is UK's third busiest station. It's in operation since 1874. 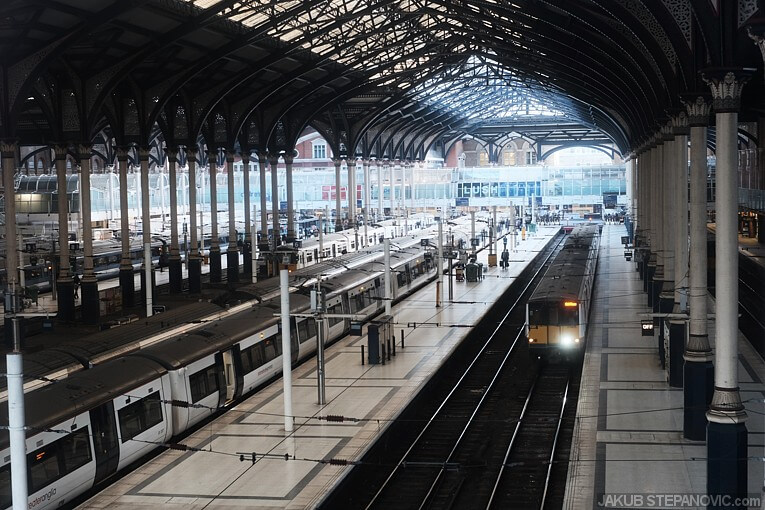 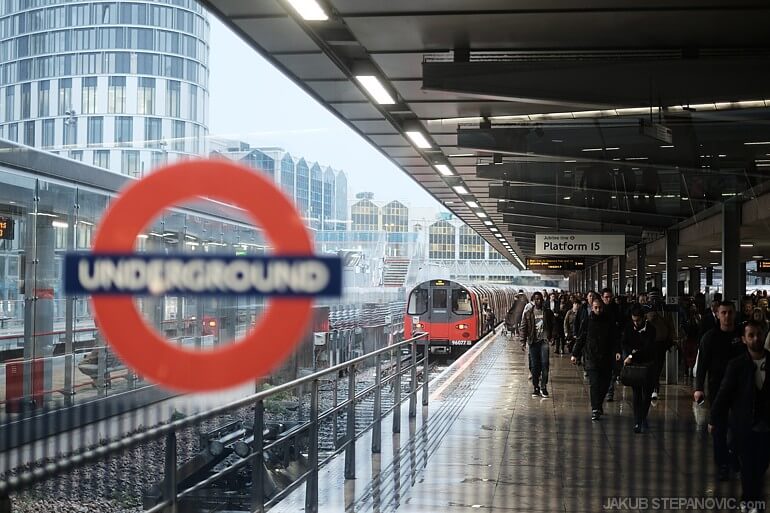 Stratford is the furthest from the city center. It is an interchange station in northeast London, close to the 2012 Olympic Park. Besides National rails, it serves Underground, Overground, and the Docklands Light Railway.