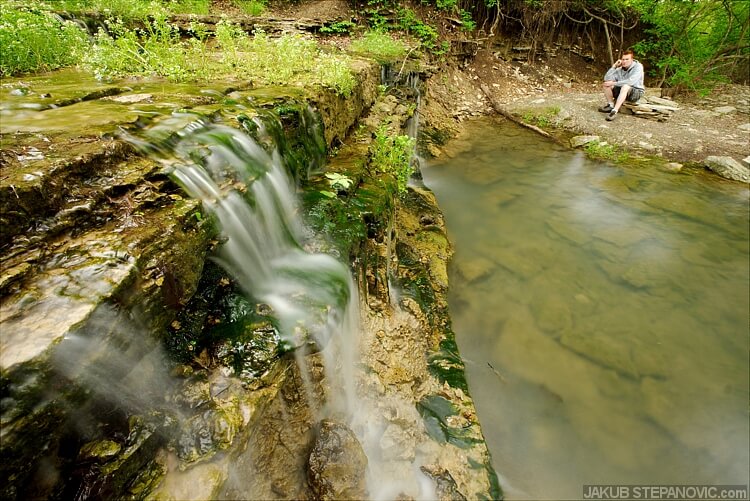 Chase County State Lake, just west of Cottonwood Falls, became one of my favorite places in Kansas. I visited it a couple of times, but I never thought that there should be any waterfalls. Well, there are some. 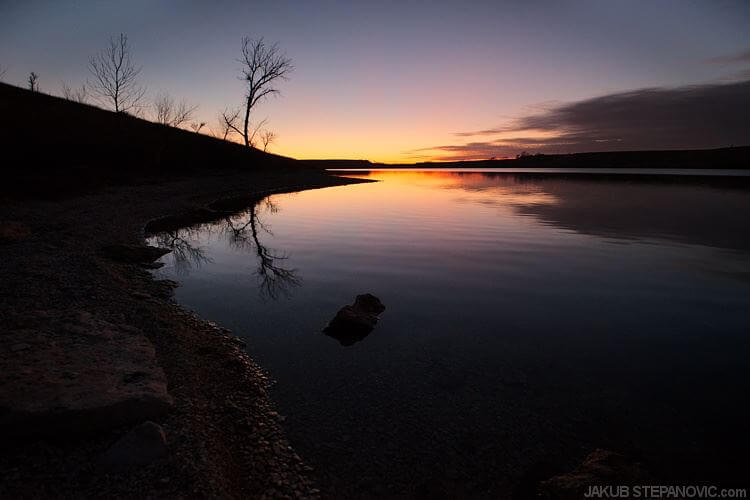 Back in the fall

I went there twice during the last fall and to “celebrate” the final day of 2014, while the lake was either dry or frozen. I saw an overgrown riverbed coming out of the lake with a spot straight down, but there was no presence of any water, anything which would hint actual waterfall. Later, my friend showed me a video he took last summer proving that they exist, so my plan was to wait for some rain and explore how things are.

Since we had a couple of storms last week and I had no assignments on Friday afternoon, I grabbed a camera and went to look for them. 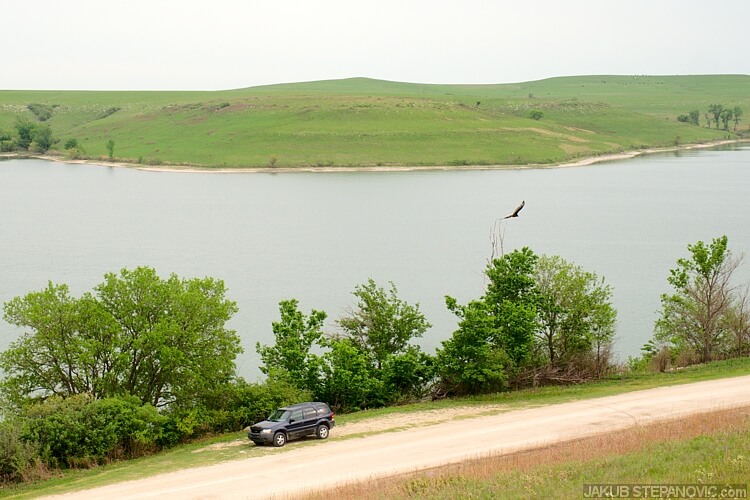 On the first look, the amount of water looked the same as the last time. 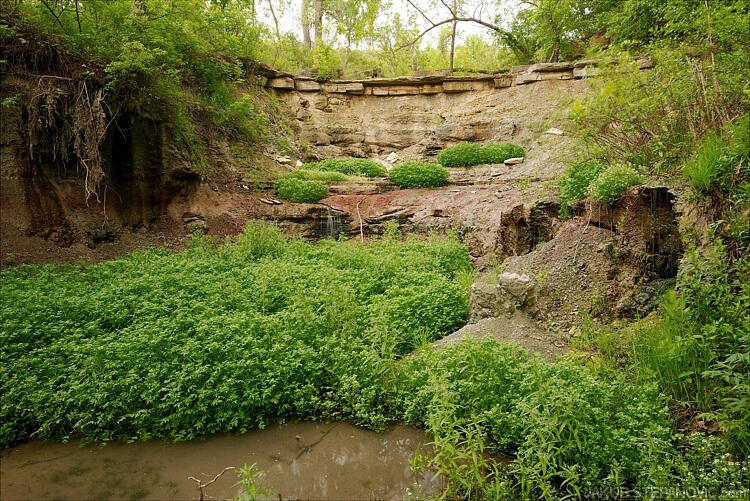 The bigger section of the falls would still need the lake’s level to be several feet higher. 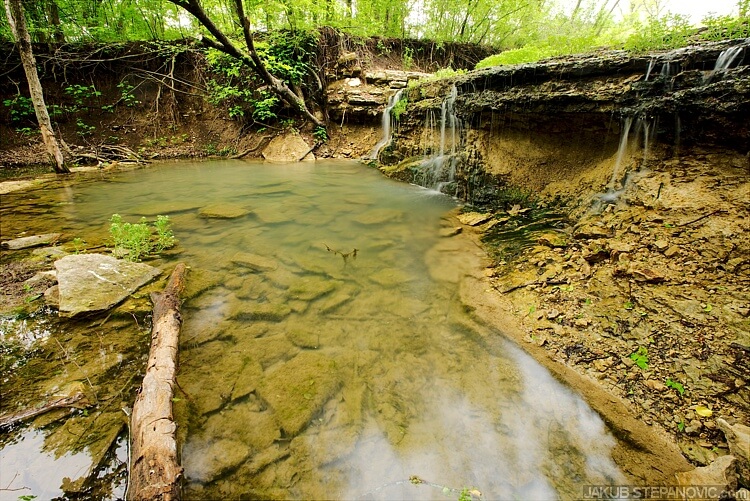 …the recent precipitation was enough to “activate” the lower part of the falls. The name of Cottonwood Falls suddenly reached a new height.

Yeah, they are quite small, I know. Compared to some other falls I saw, such as those in the Rocky Mountains and Yosemite, these here are far away from being impressive. Heck, in the place I used to live in Europe, I could jump on a bike and shortly encounter scenes like this:

But living three years in a place like Kansas teaches you to appreciate much smaller natural wonders, so when I found this place, I was pretty excited. That is an inspiring thing about travelling – one would say that all those incredible places would spoil a person to a level when nothing is good anymore. However, from my experience, it is rather the opposite: the more I see, the more I can appreciate the value of things that many see as ordinary.

On my way back, I took a walk through the surrounding hills and snapped more photos. 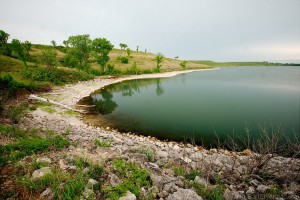 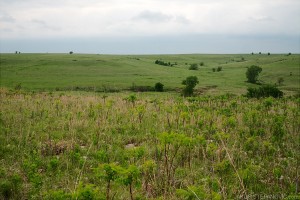 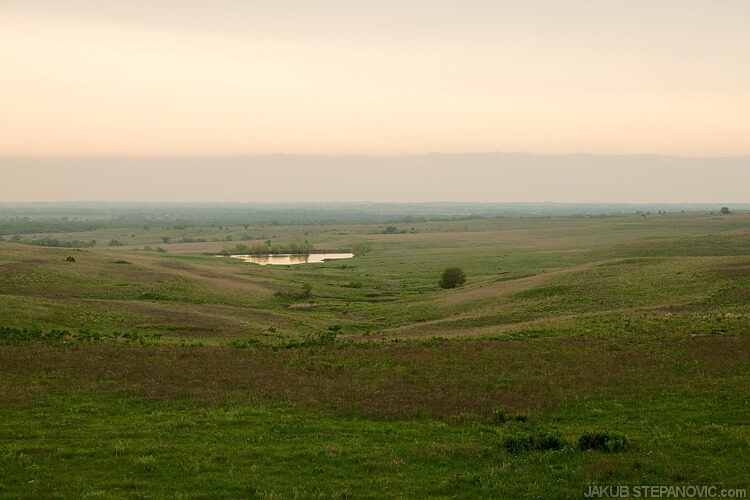 Beautiful photos and comments. I really like the concept that the more we see, the more we should appreciate each view.

Thank you for sharing this, Jakub. That waterfall reminds me of the creeks where I grew up – who knew Kansas had something like that?