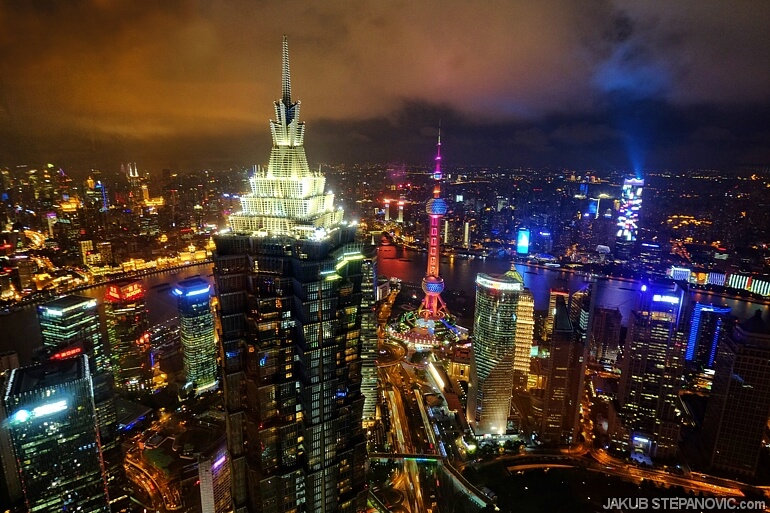 A collection of modern, massive, and addictive skylines of the world's biggest city.

During the day, Shanghai is mostly hidden behind the Great  Smog of China. 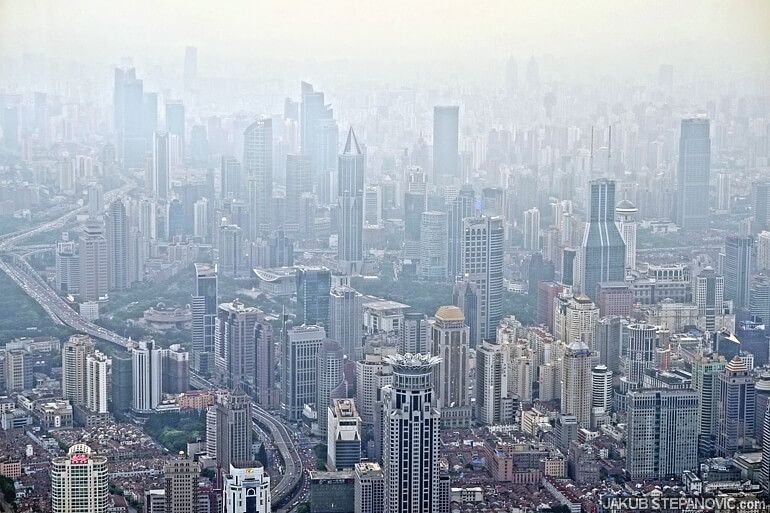 That said, the best is to wait for the sun to set.. 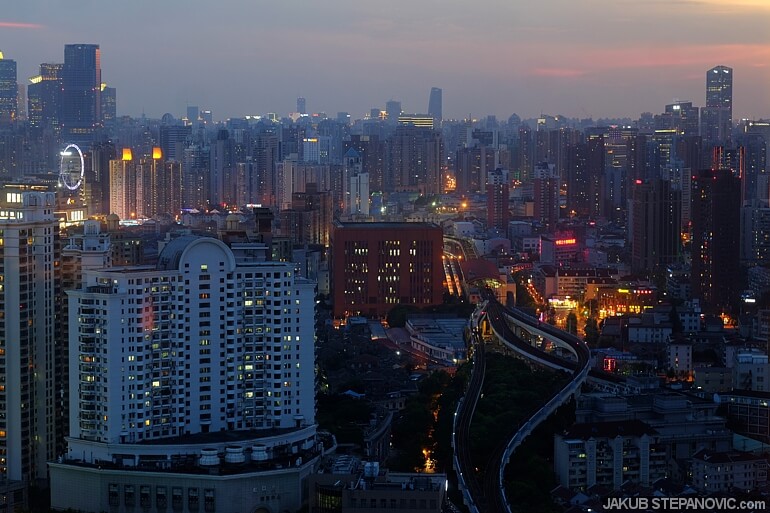 ..once the daylight is replaced with billions of artificial lamps, it suddenly became one of the most colorful cities I've seen. 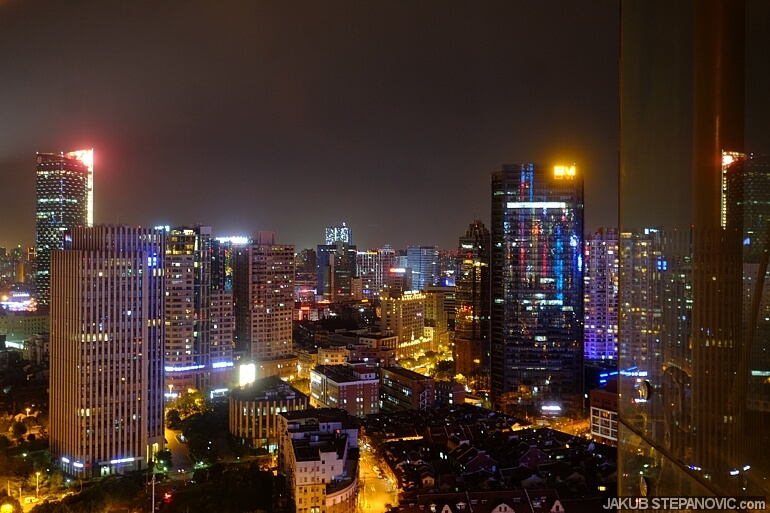 The scale is beyond words. 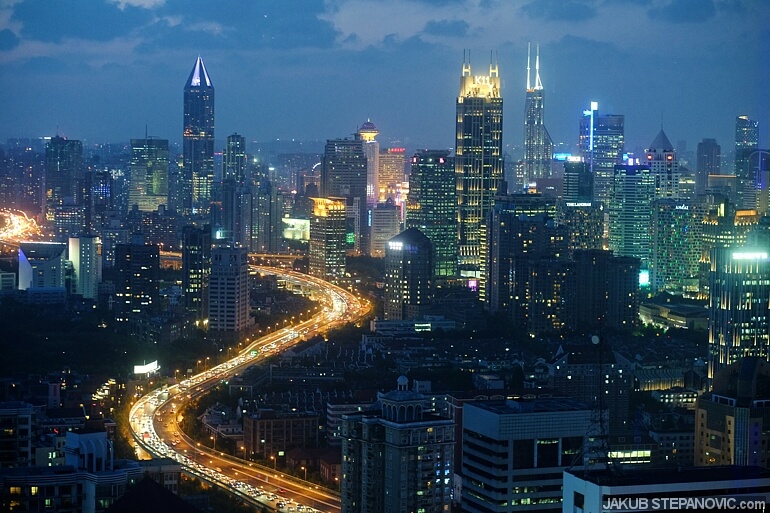 ..because of that, it offers tons of places with great views. But the most prominent place is clear: the tallest observation deck on the planet, located on the top of the Shanghai Tower: 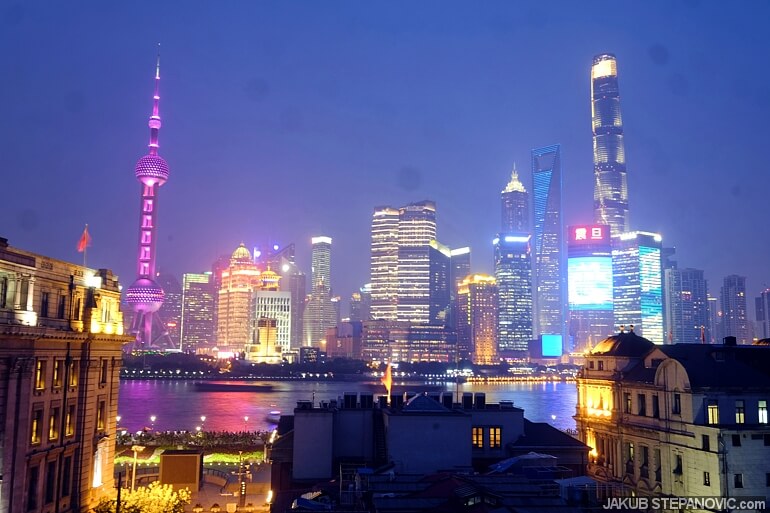 Shanghai Tower (the tallest thing on the right, as tall as it looks) has an observation deck in 561m / 1841ft

I witnessed that, even with the smog, Shanghai can put some nice sunsets.. 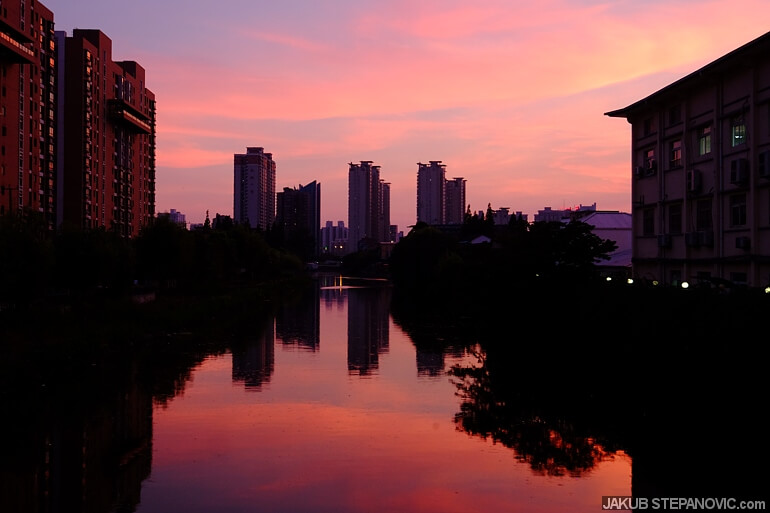 ..so I wanted to experience these colors from the top. To achieve that, I waited more than a month for good weather, and one day, when the forecast said that the visibility is the best in ages, I went for it. Unfortunately, the smog layer was still to thick... 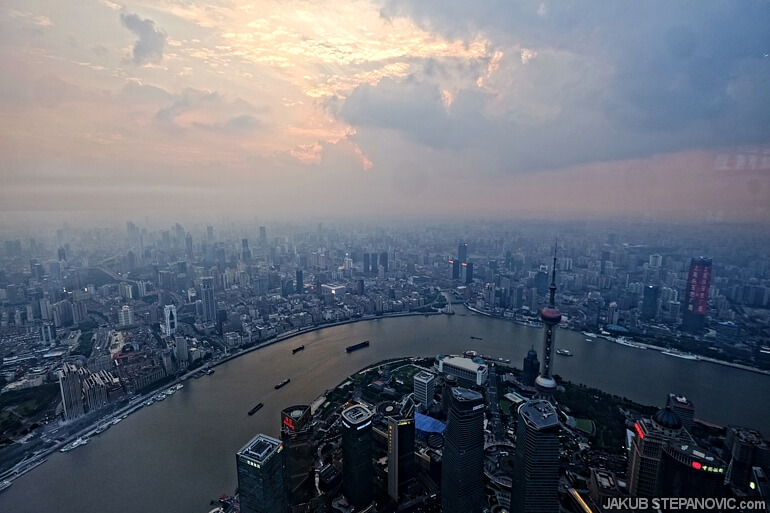 ..but nevertheless, what a sight! All the 200, 300m tall buildings suddenly seem like models. Not many places around the globe offer such experience.

However, I have to say that my favorite views were from elsewhere, as you could actually see the downtown's towers soaring to the sky. Like this: 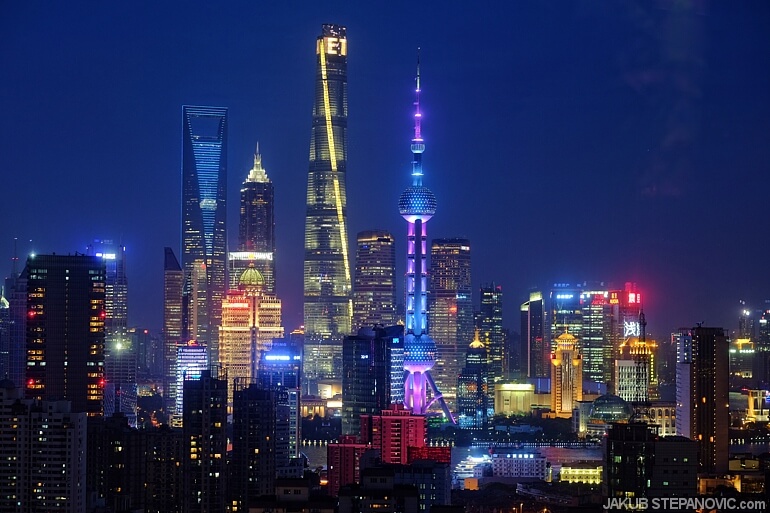 While I lived there, the city offered different atmospheres. anything from warm, welcoming.. 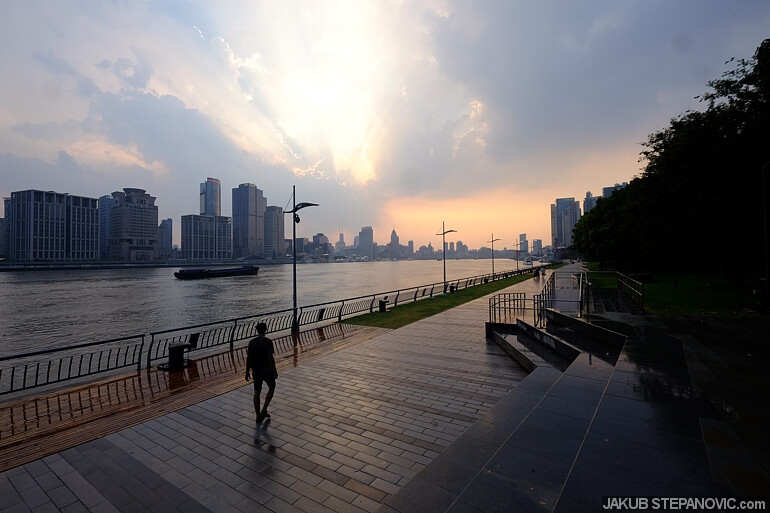 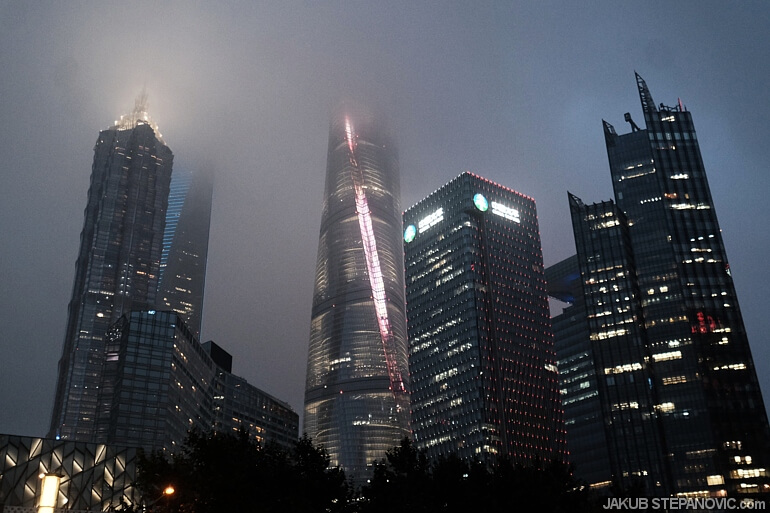 I enjoyed both. And later on, I even saw the sunset I wanted. From the ground level, but still - it's rare as winning a lottery. 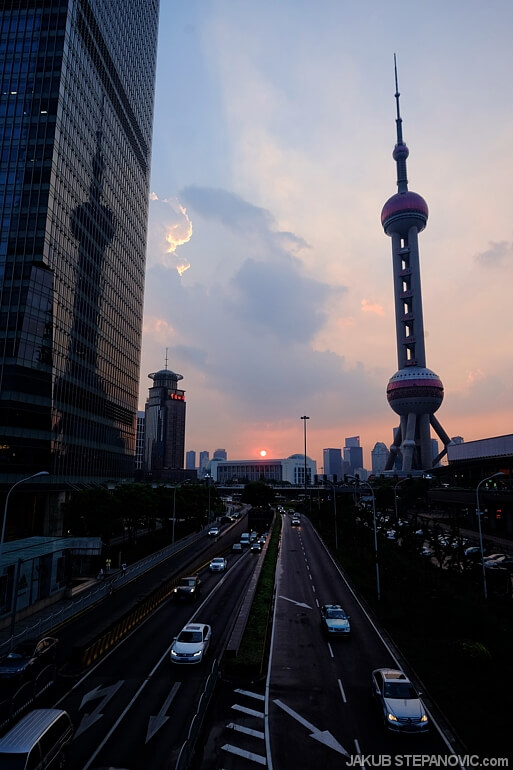 Aye, the ground has the views, too... 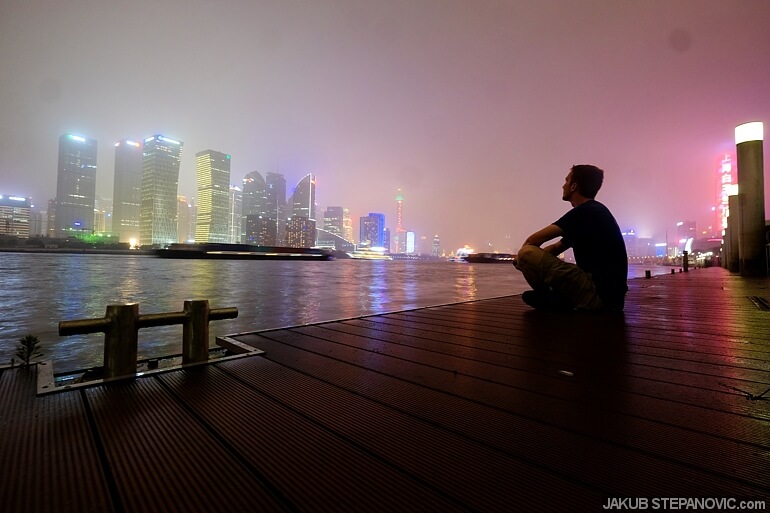 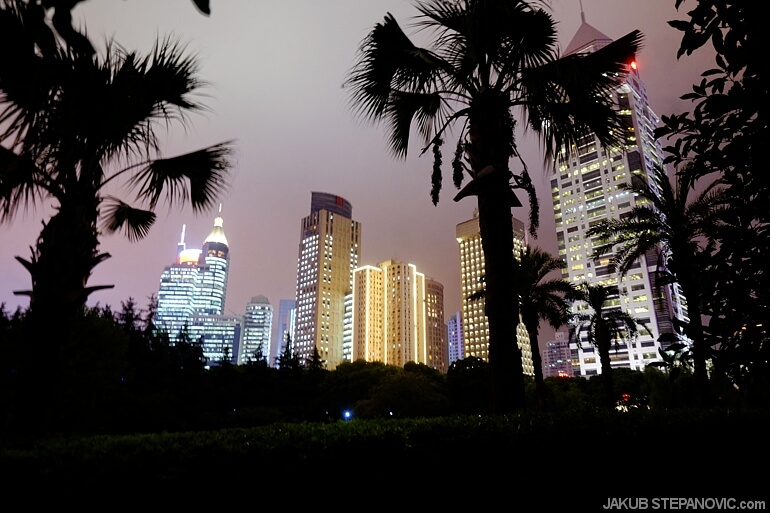 But... well.. with the mentioned number of skyscrapers around, one just can't resist. 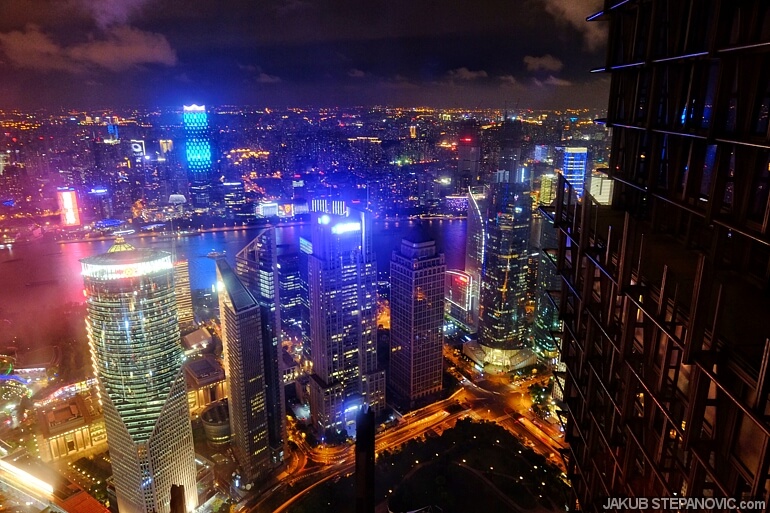 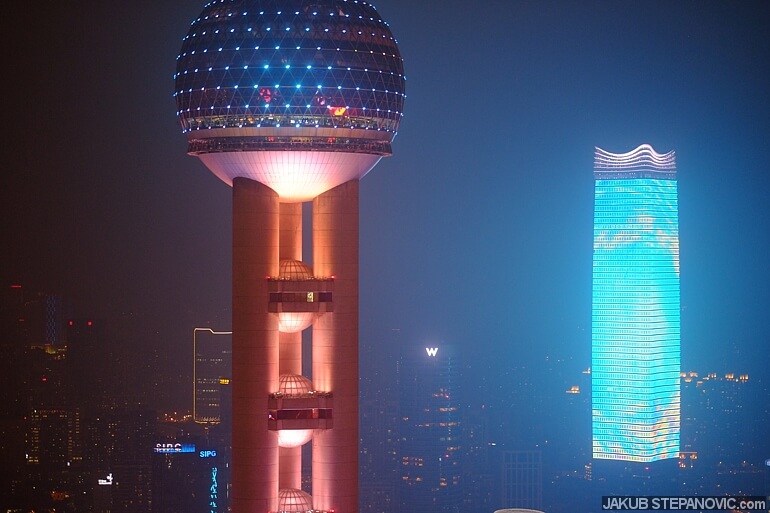 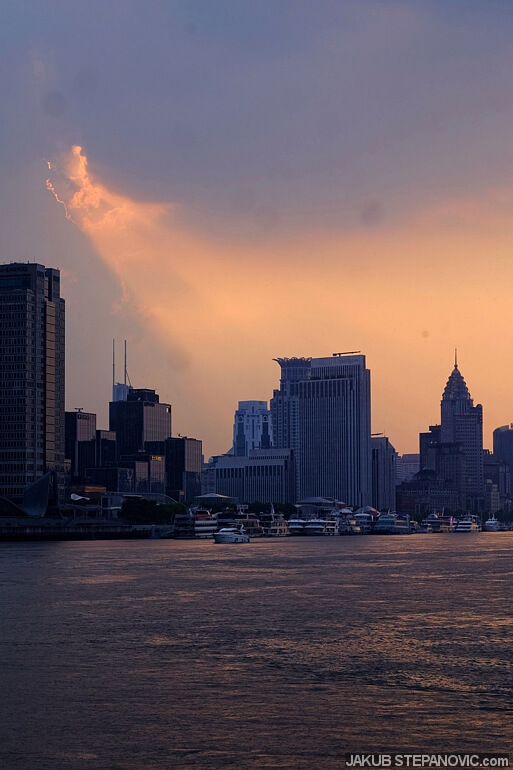 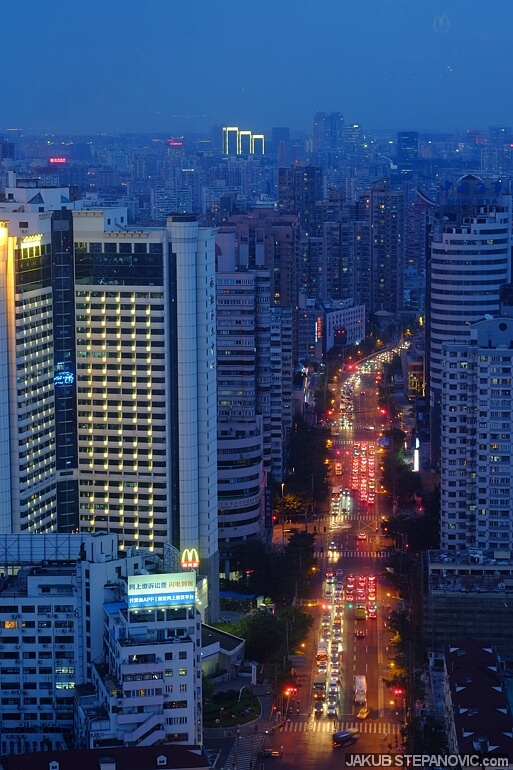 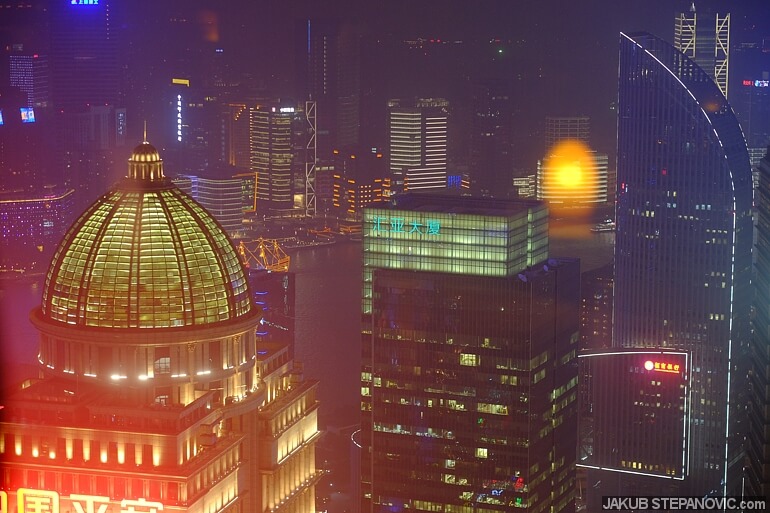