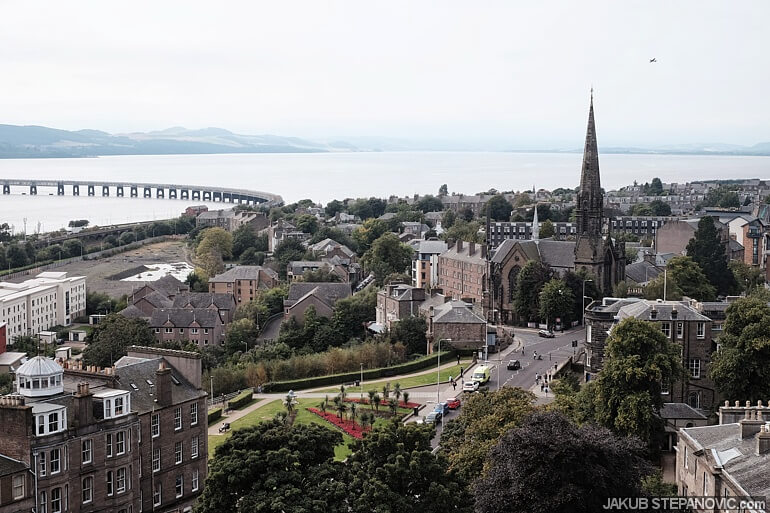 They call it a city of many discoveries. Here's what I've discovered so far. 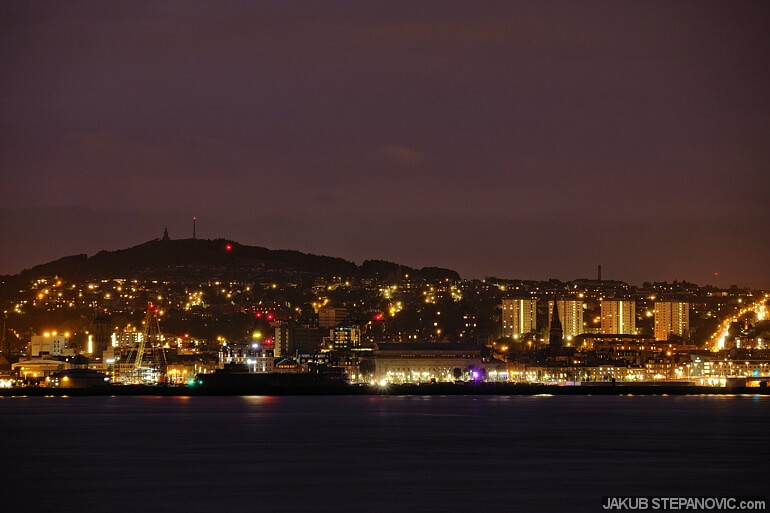 It is situated in Eastern Scotland, on the north coast of the Tay River's firth, just off the North Sea. ("where again?" well here's a map to get an idea) 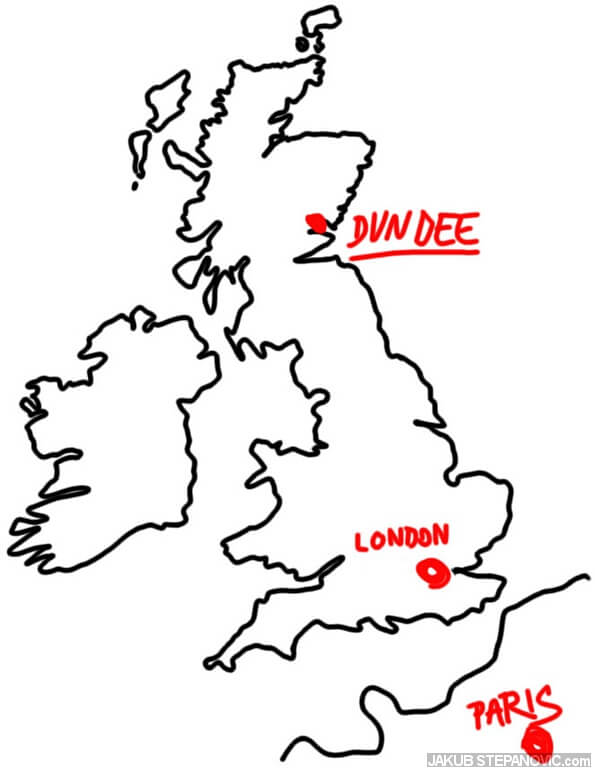 During the day, the city is usually surrounded by a thin haze or dense clouds. 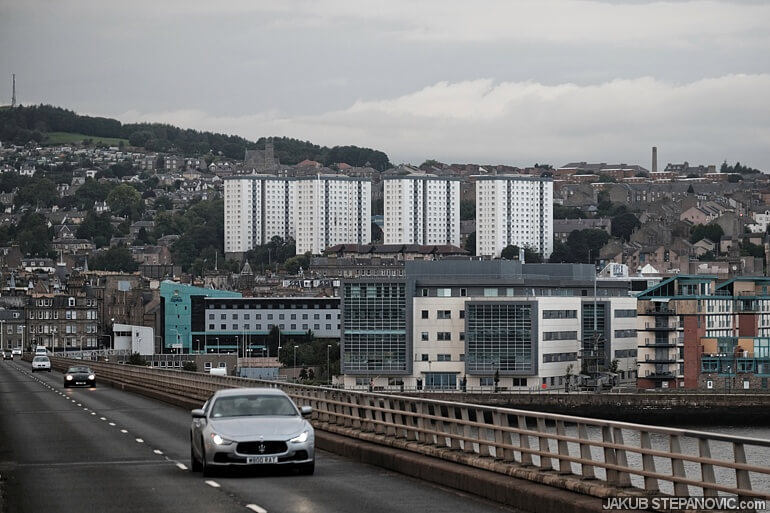 The first forms soft light even at noon, the second contributes to some cool skies to watch. It's not that it wouldn't have any sunny days though; in fact, Dundee has been named the sunniest city of Scotland. And when you experience sunny weather here, it is an affair. 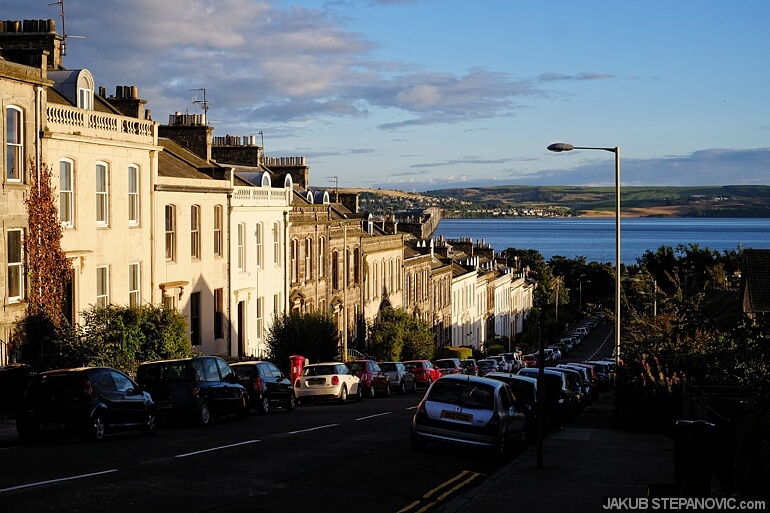 ..well, it is an affair. But let's be honest, most of the days look rather grey... 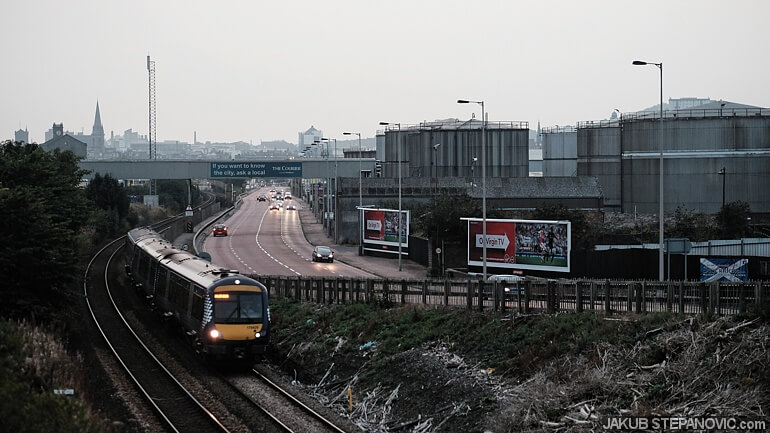 However, the situation usually changes during the evenings. 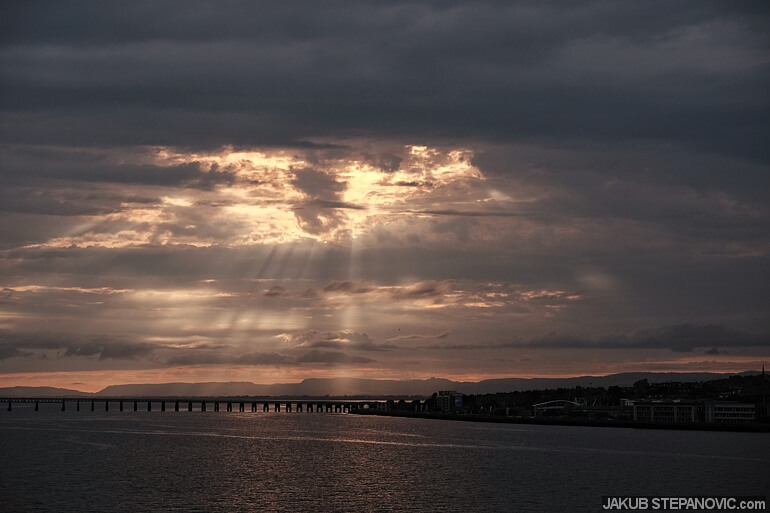 So far, it's been going like, "the worse the is during the day, the better the sunset gets." 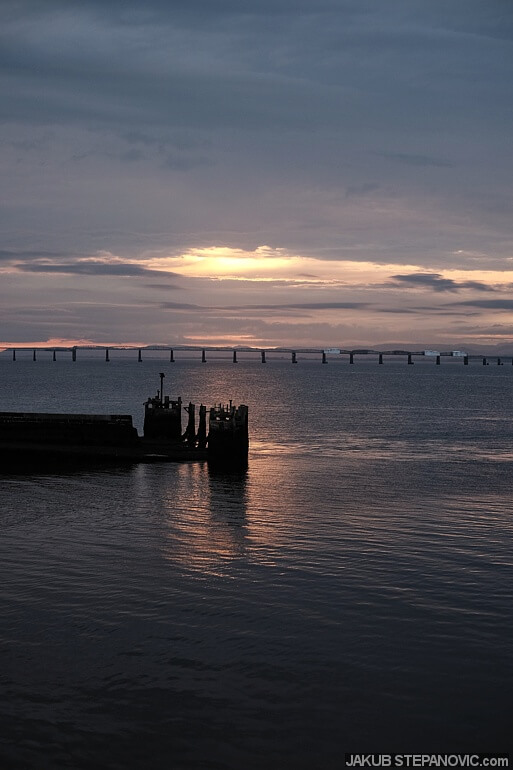 just wait for a sunset.. 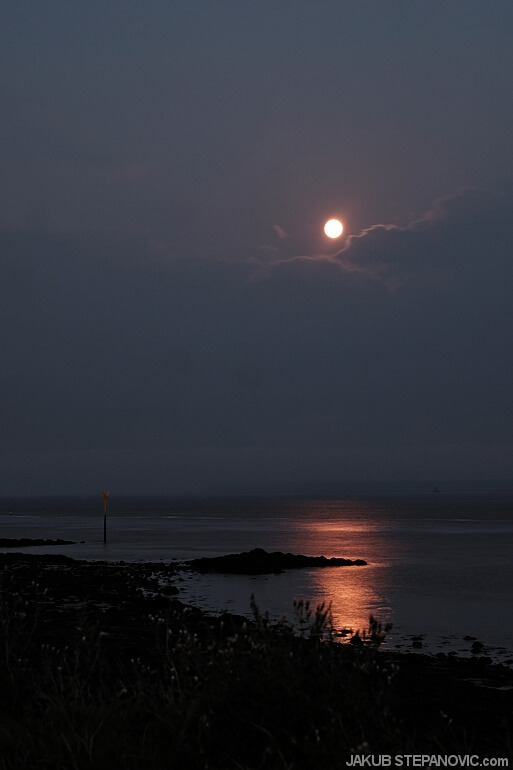 Once the sunshine's gone, artificial lights will take care of the rest. 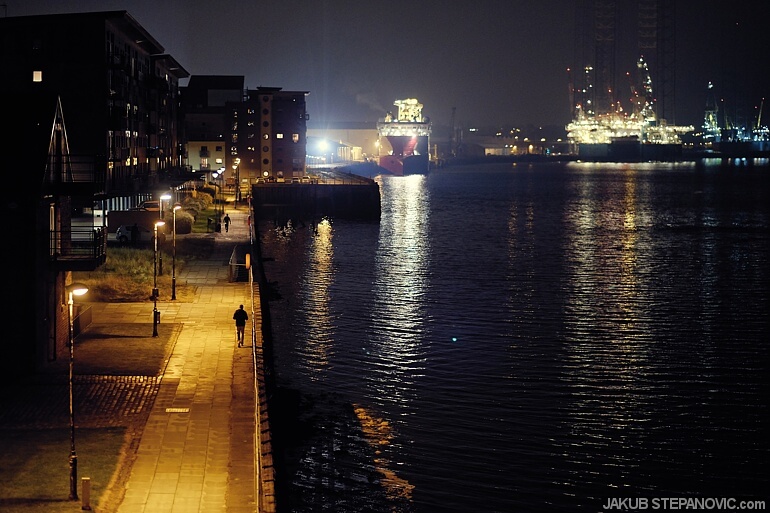 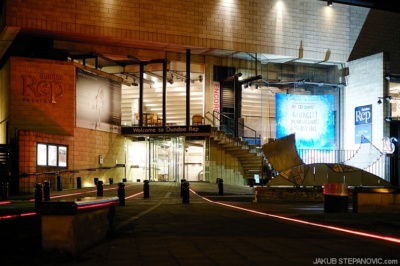 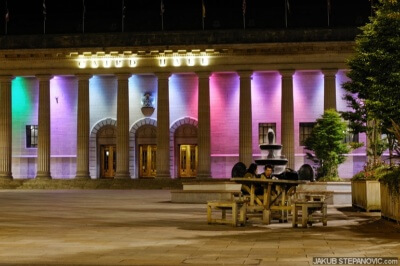 So yeah, Scotland can be colorful, too.

OK, what else is to discover? A lot, actually. Beaches, and see that tower to the right edge? 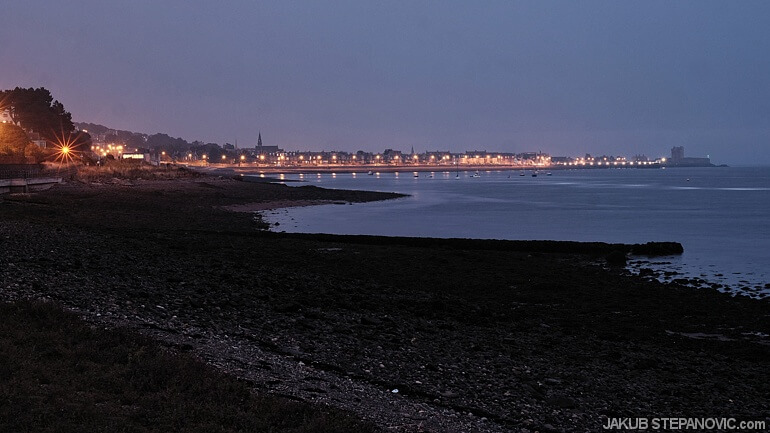 That is one of three medieval castles the city has. Here's a detail. 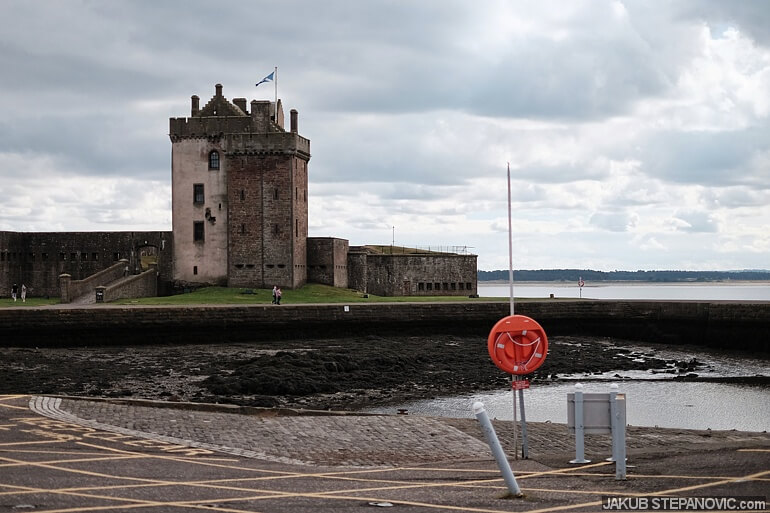 Broughty Castle, a structure with roots in 15th century.

The city also has a good amount of churches. 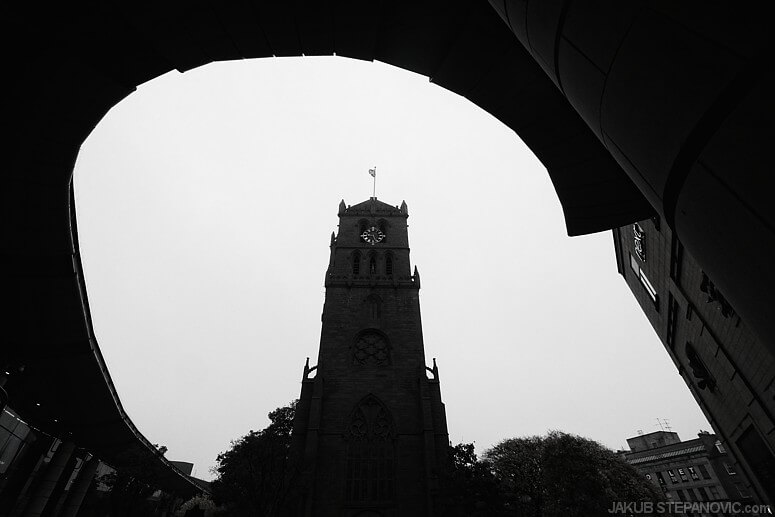 I took this back in the fall of the last year, during my first visit of the city. You can read about that in Scotland Getaway article.

It's not just natural settings and old buildings. If you'd like to see an unicorn.. yes, there's one for you.. 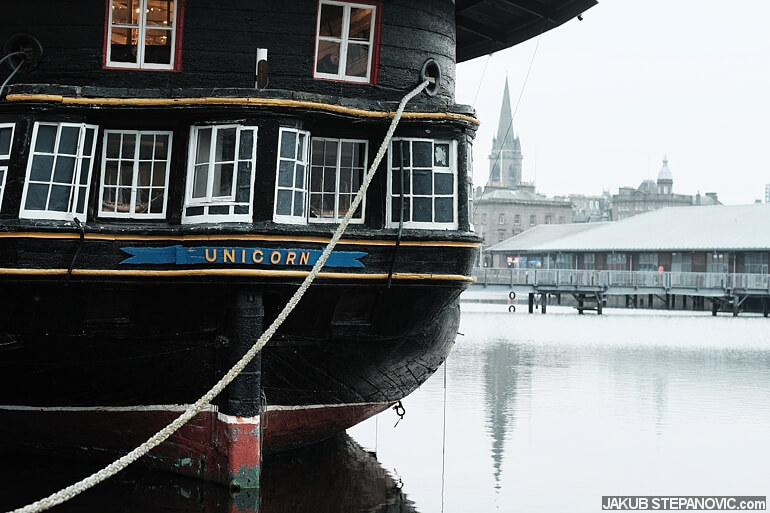 HMS Unicorn, a 46-gun frigate built in 1824. It was used in defense against Napoleon, and it's the UK's oldest ship still afloat.

..But neither of these serves as the main landmark to set your orientation within the city. That would be the road bridge over the river. 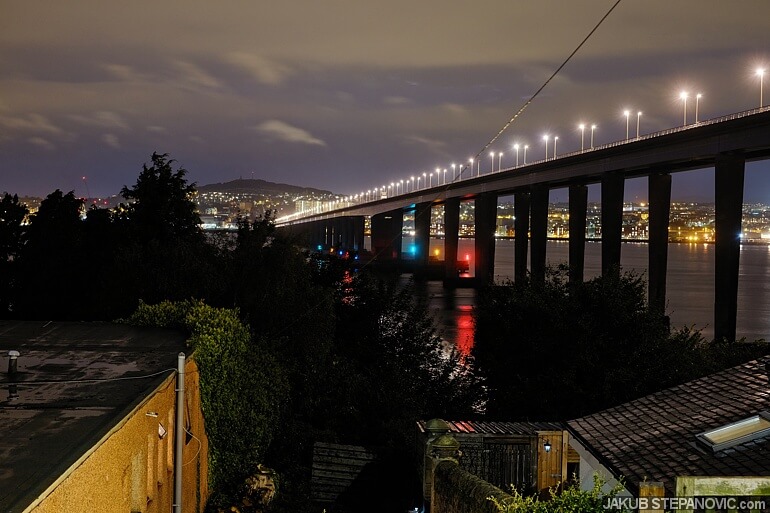 ..and/or the set of oil rigs piercing the sky. 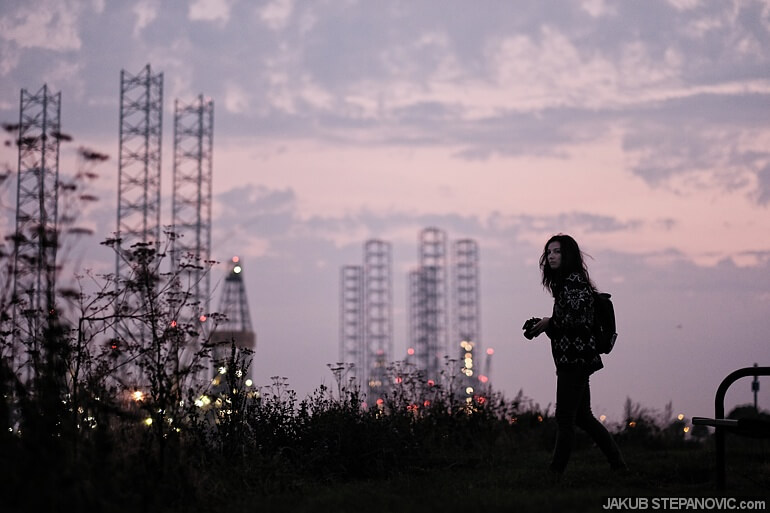 Then, there are many cool streets to find.. 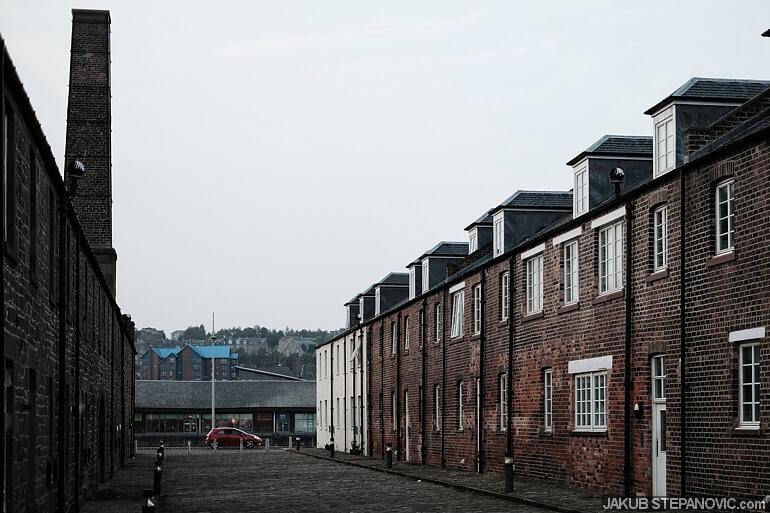 Some more unique than others. 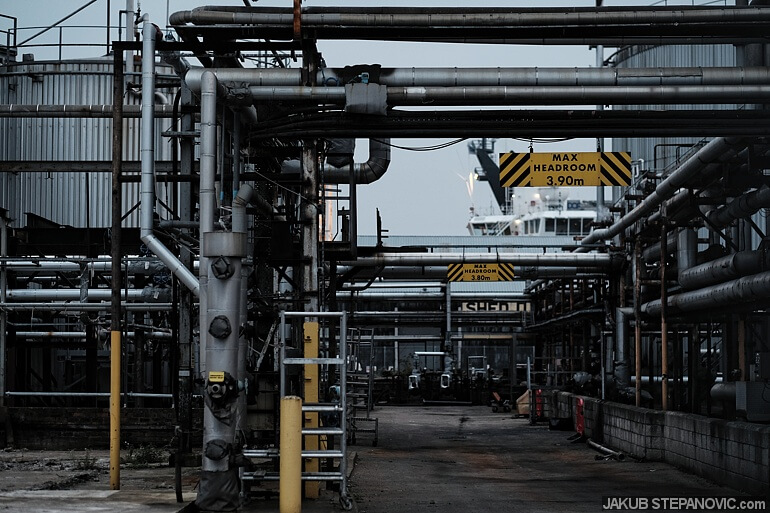 On the whole, it is quite exciting. And here's another thing which excites me a lot: 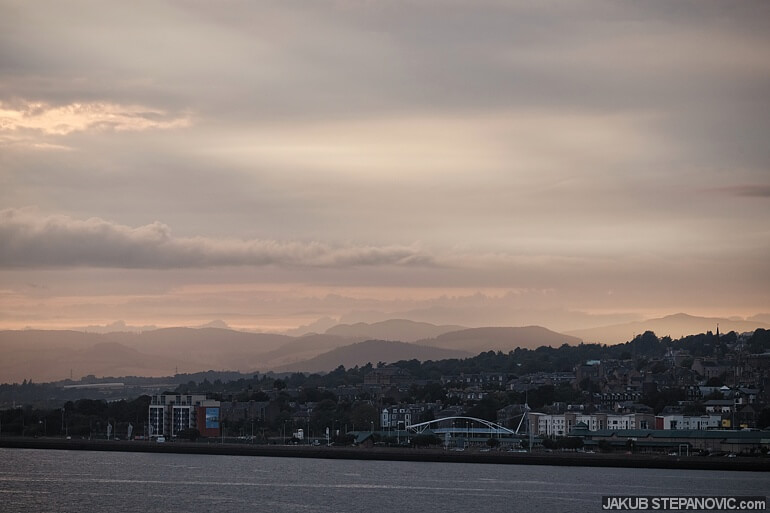 All the hills behind the city. I am looking forward to taking a closer look at them!

Here are some more, unsorted pics of the city and surroundings. 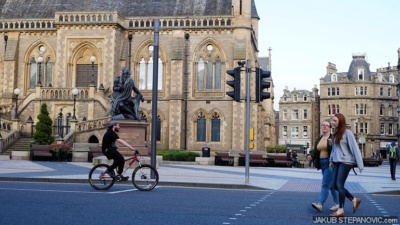 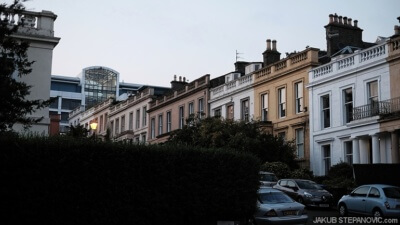 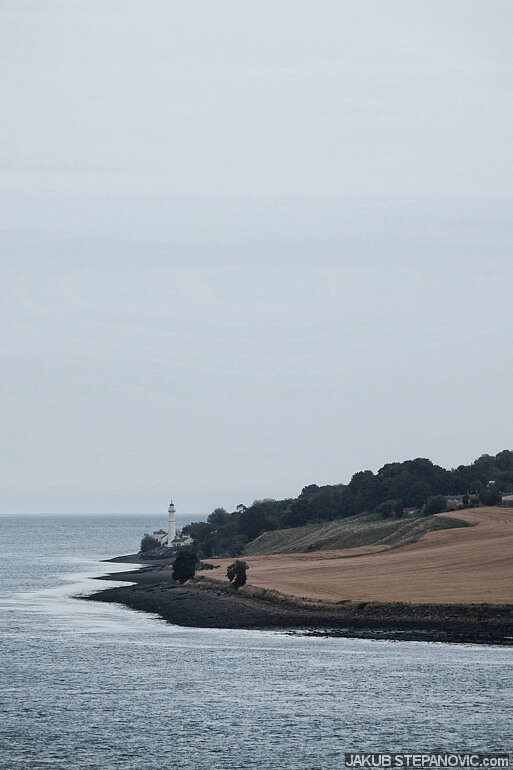 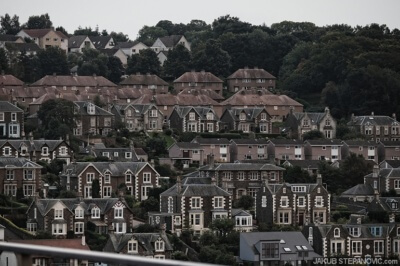 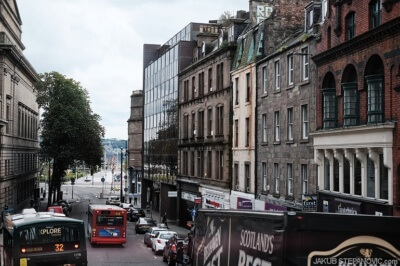 So... "many discoveries," they say. I say: "Challenge accepted." 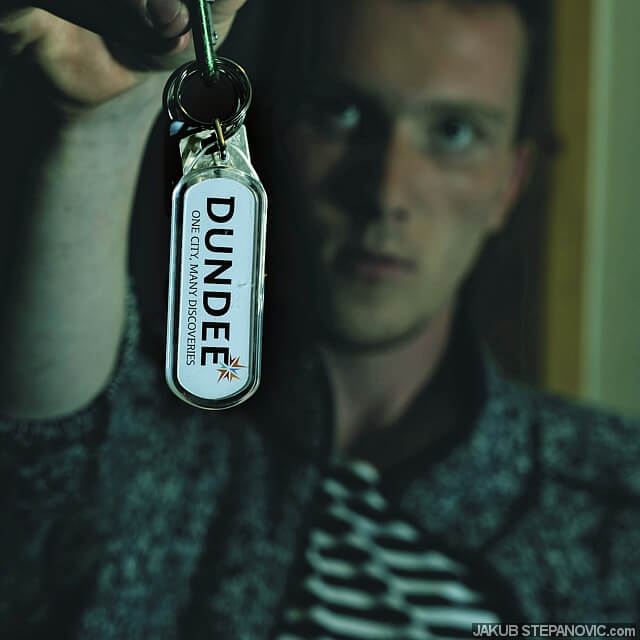 Jakub, Your photographs take me places I will never visit. Always enjoy your albums. Think of you often and pray for the very best in life for you. Verlene Hughes

Thank you so much, Verlene.