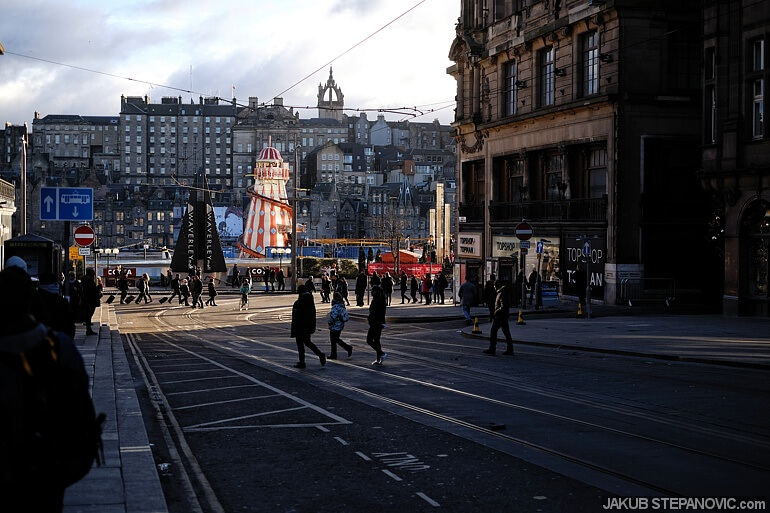 Earlier this month, I traveled through Scotland's capital. Since I had a couple of hours between connections, I went on a walk across the city. This is what I saw: 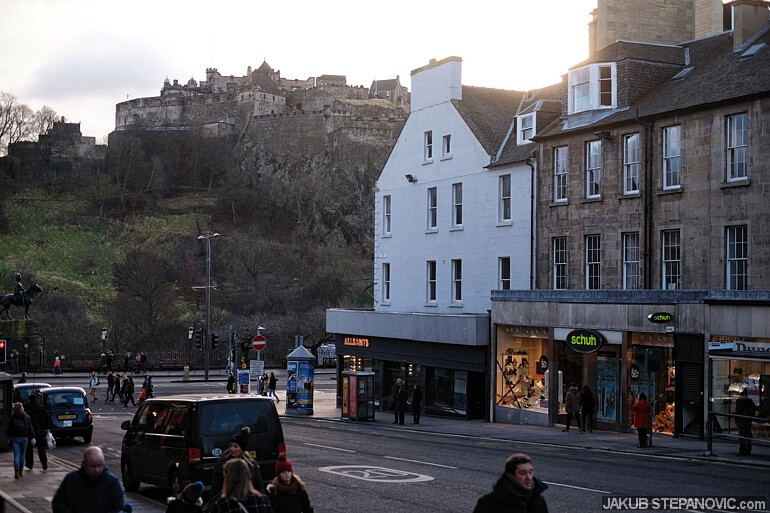 Edinburgh Castle from the Frederick St.

With a few exceptions, it was a cloudy afternoon, causing a matte color palette. 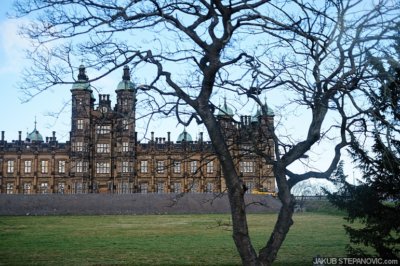 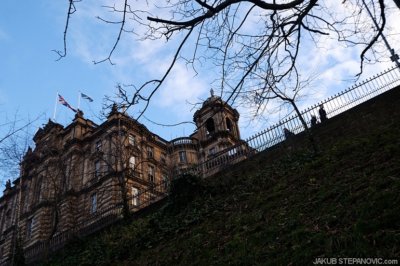 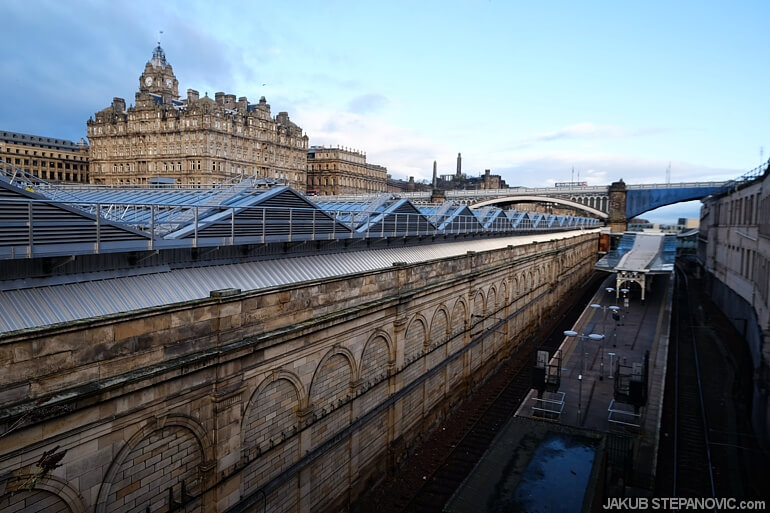 The Waverley train shed in front of the Balmoral hotel. 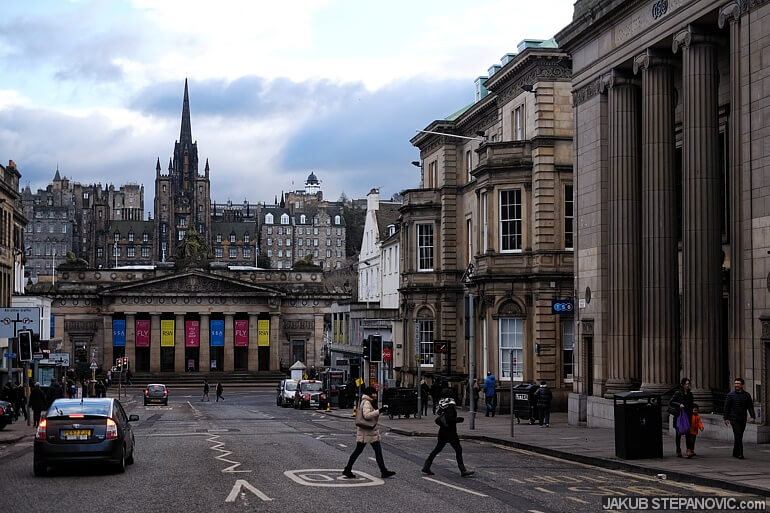 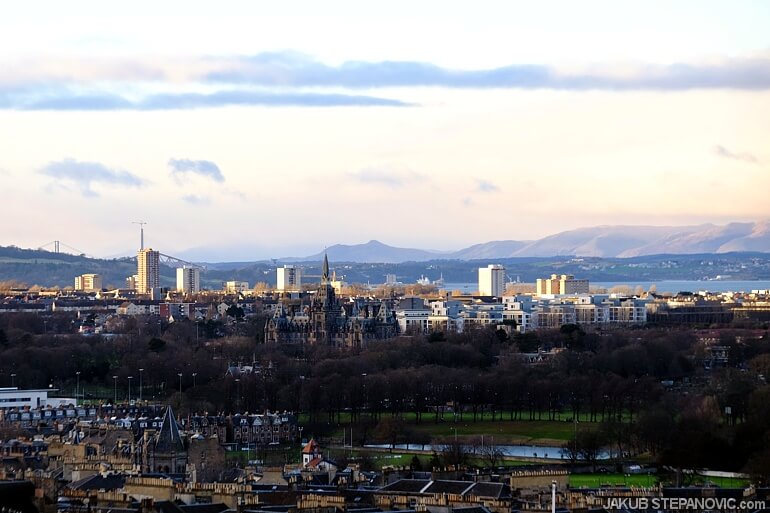 A second of sunshine, looking towards the Highlands.

At the time, Edinburgh still had some of the Christmas attractions on, such as a market with a small amusement park located in the Princes Street Gardens. So I went to check it out. 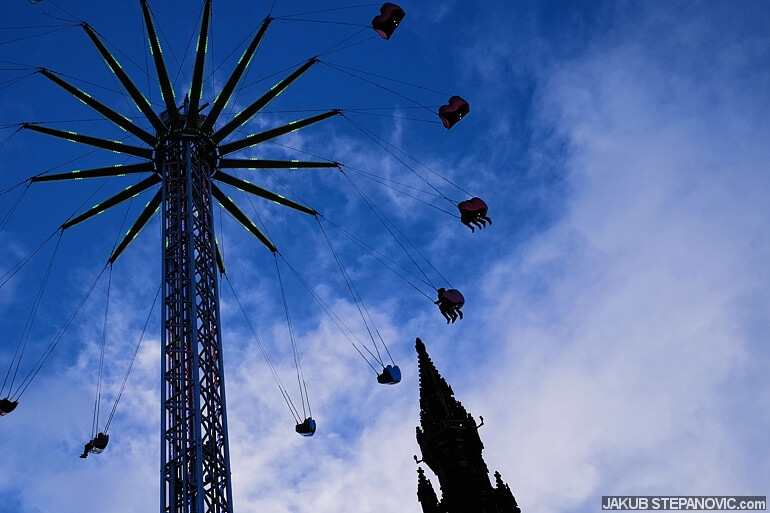 Meanwhile, the daylight approached its end. 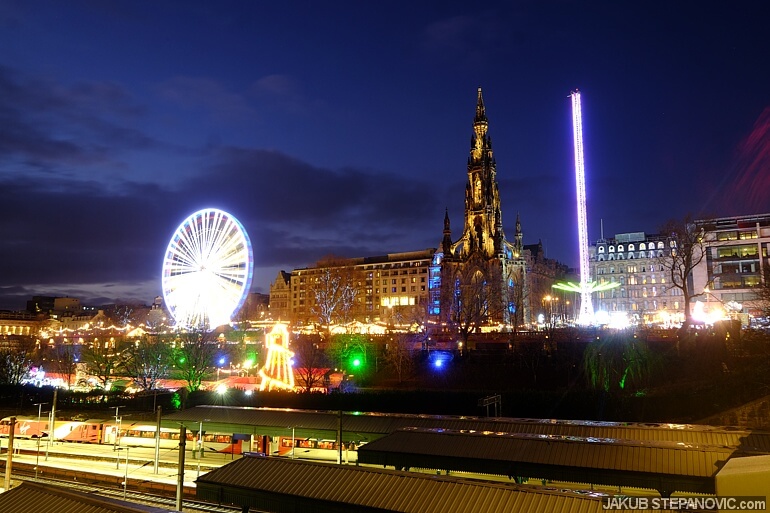 I still had some time to burn, so I opted to get on  Arthur's Seat, an extinct volcano near the downtown. It started to rain along the way, but I was excited about the views. 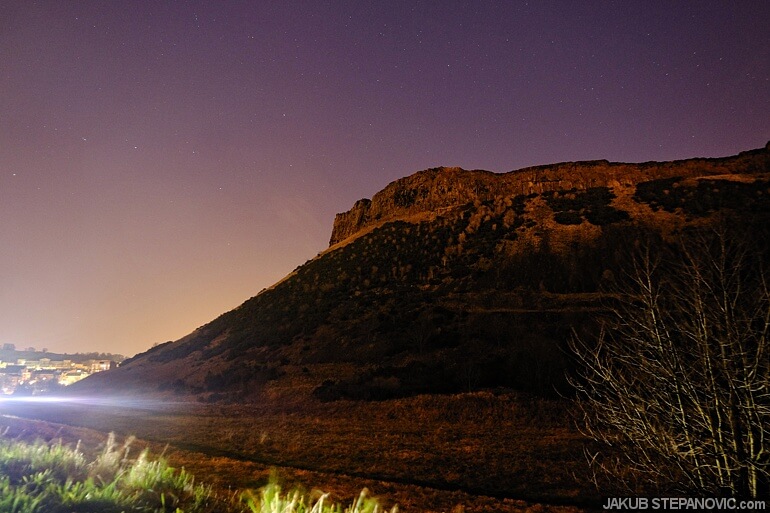 To reach the top, one needs to scale an elevation difference around 200m (~650ft) on a steep and narrow path. It is not too difficult, but the rain and total darkness added an extra layer of adventure. 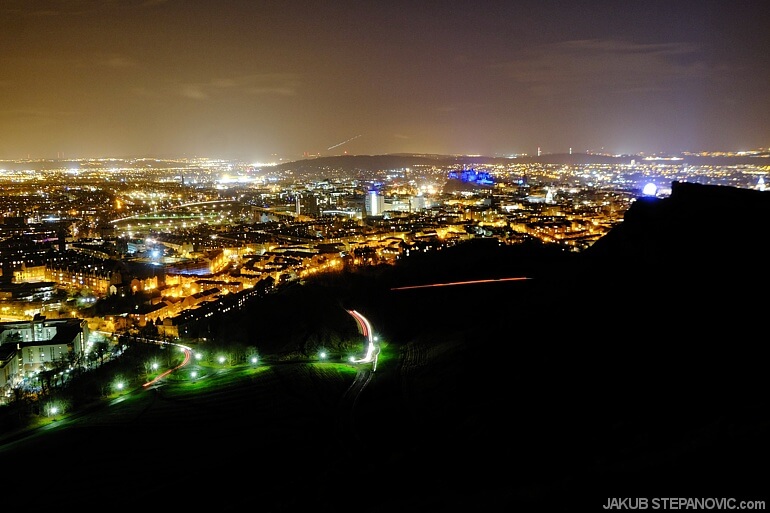 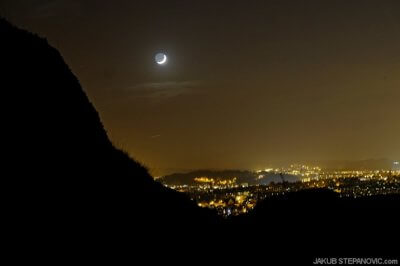 Indeed, the views were worthy the effort. Also, due the time and weather there was nobody around, which contributed to a neat, calm atmosphere.

The sky eventually cleared and revealed a pretty moon to brighten the way back to the city center. My handheld pic isn't doing it justice; nevertheless, it was beautiful.

You can check out my other posts I made about Edinburgh here, such as: