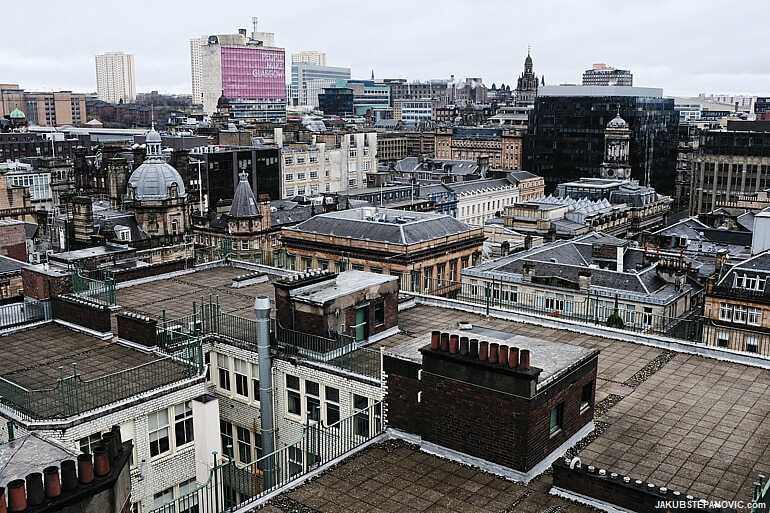 Experiencing monochromatic conditions through the largest city in Scotland. The day played the stereotypical weather at best, changing between rain, drizzle, and freezing wind. Flop? False! The overcast sky blended with the hues of concrete and stone structures, creating a charming atmosphere. Fun: 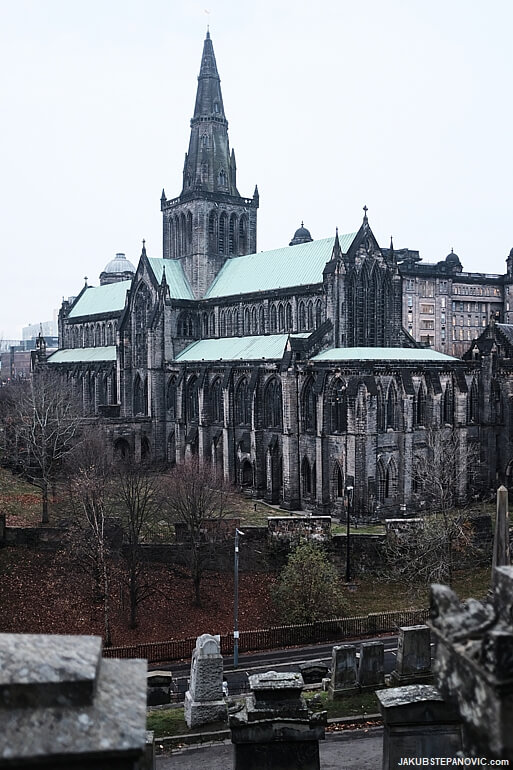 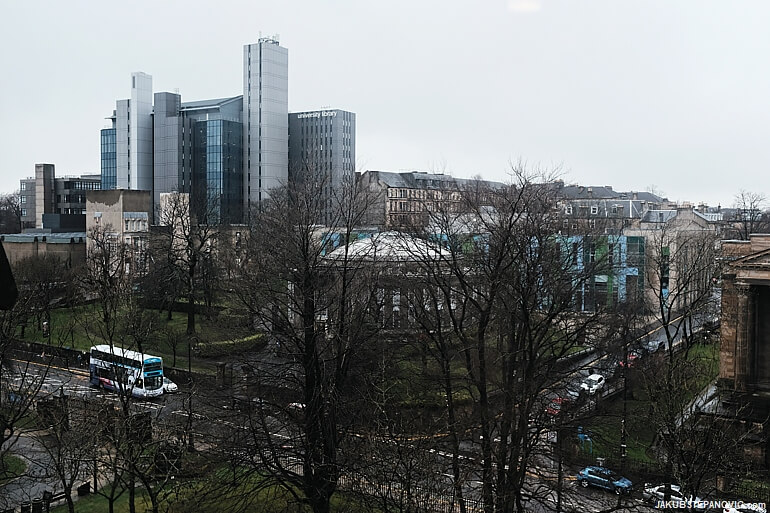 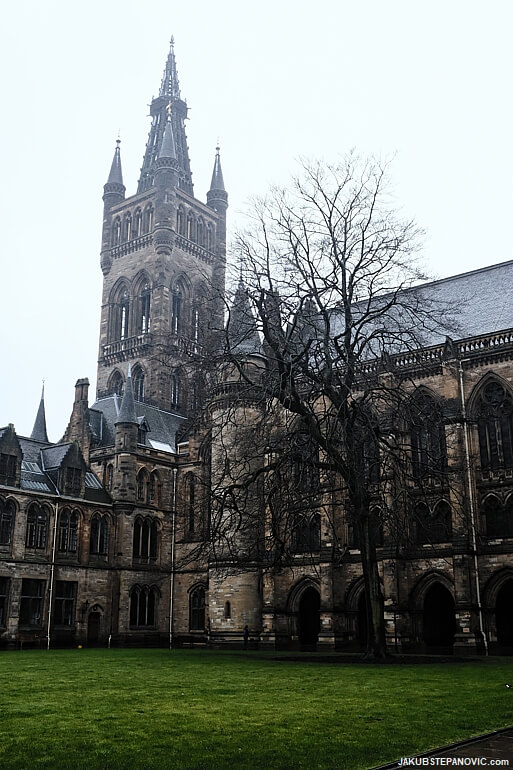 Glasgow has plenty of narrow streets lined with impressive buildings. This then makes a show when looking up, which I captured in the following frames: 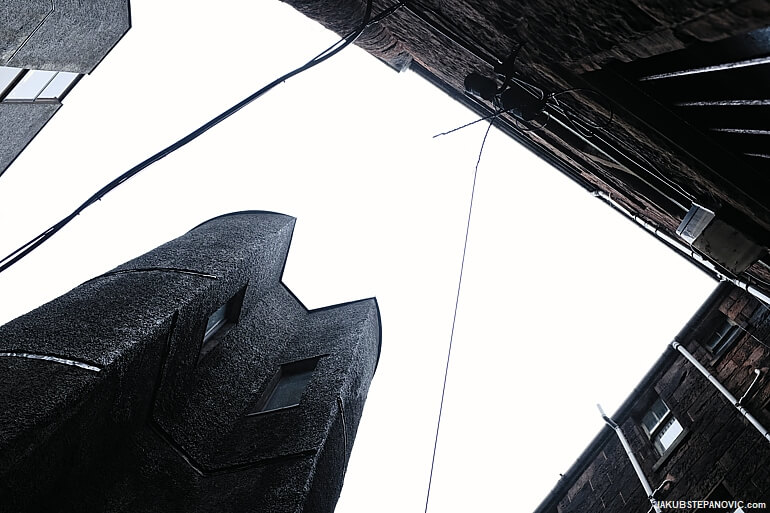 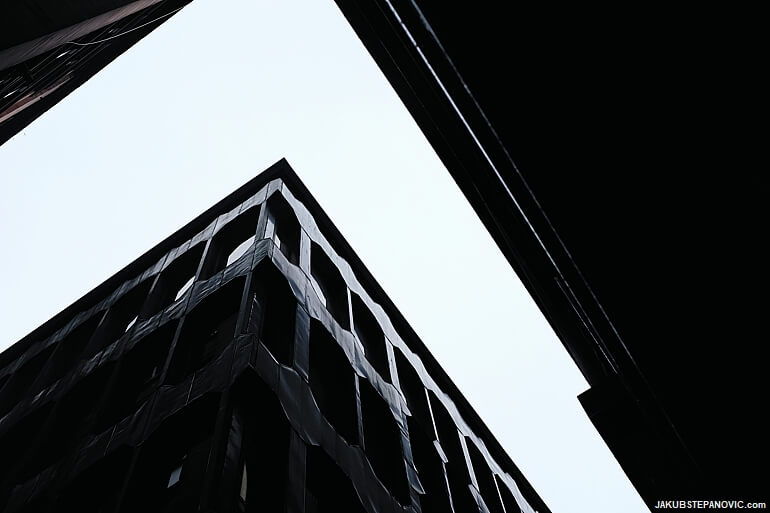 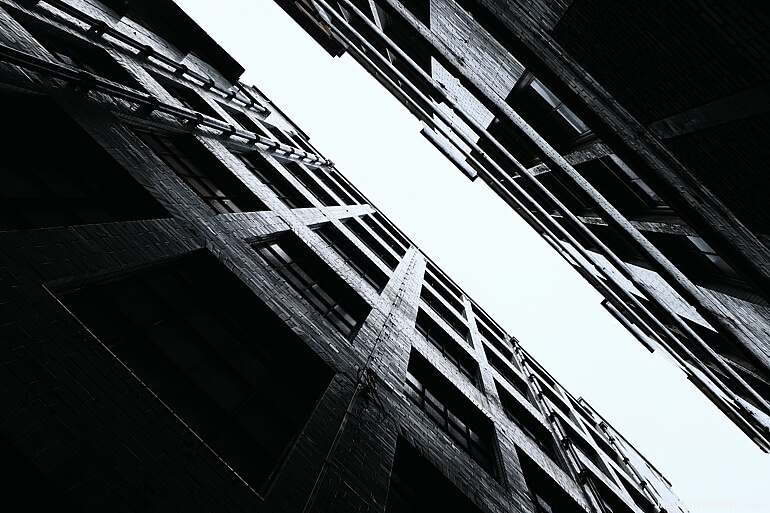 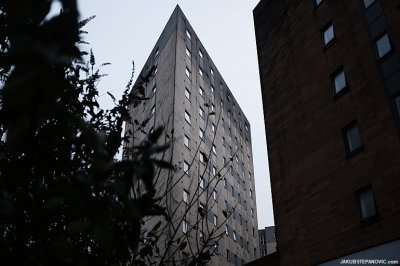 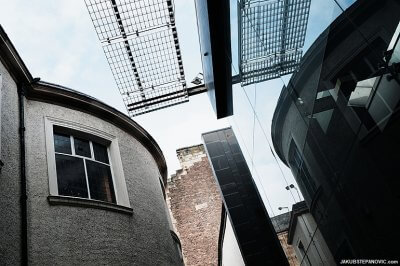 It is not just when looking up, some places offer geometry facing forward. 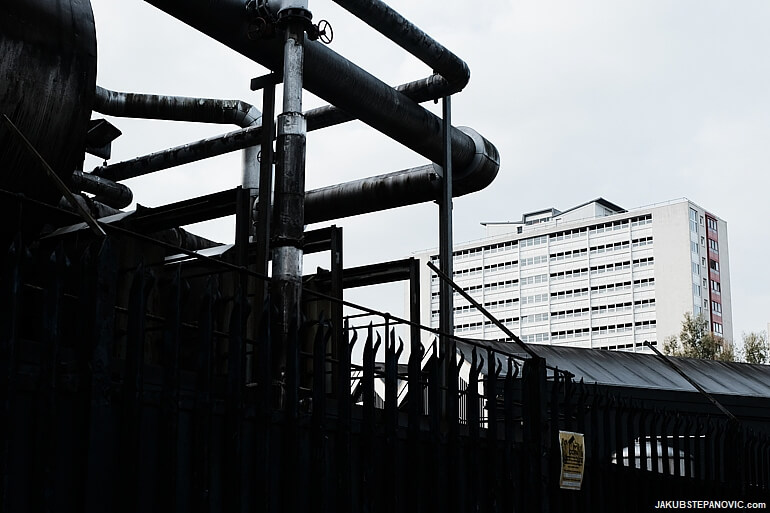 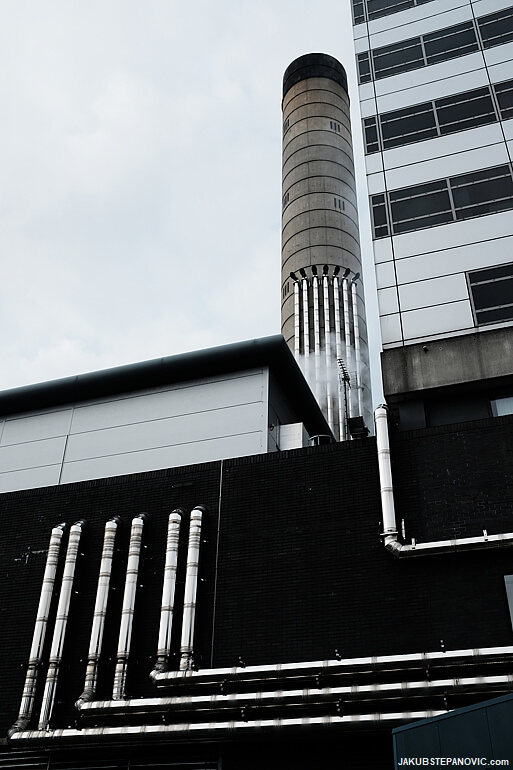 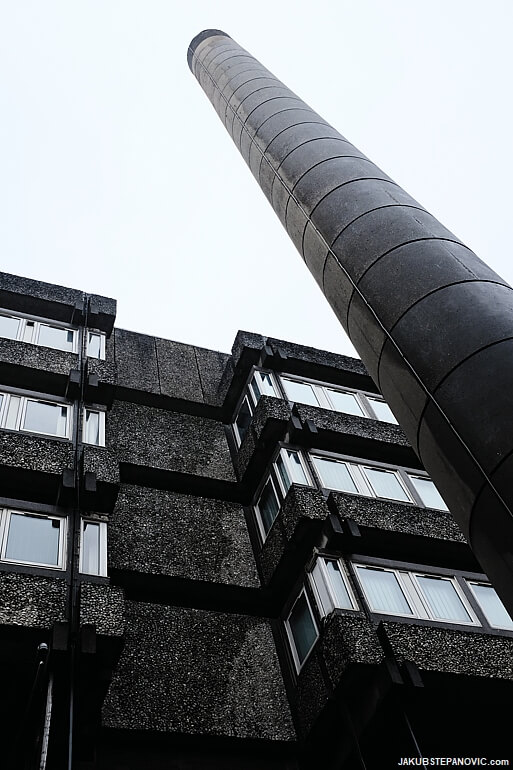 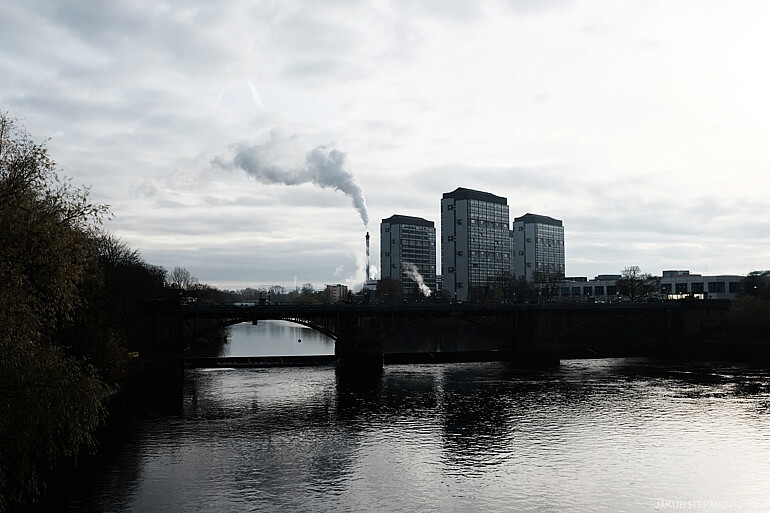 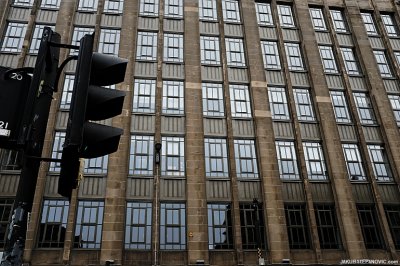 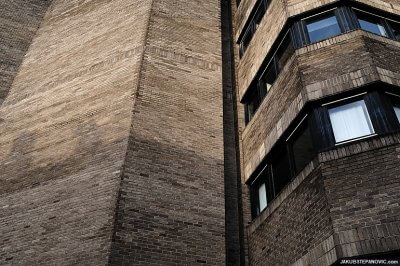 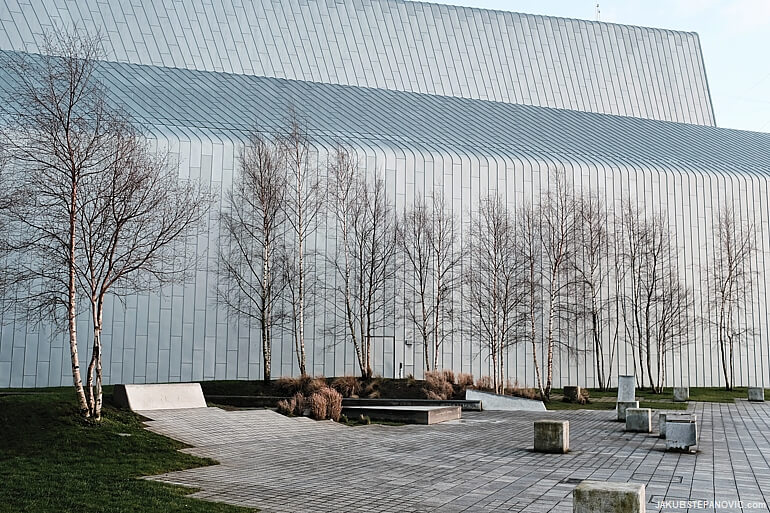 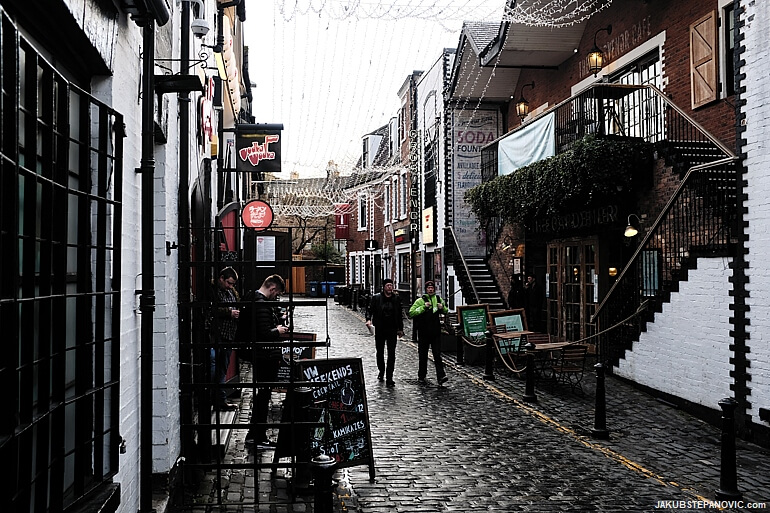 I covered some distance by walking, as usual. However, there was another way I wanted to give a go: the local subway. Glasgow has the third-oldest underground metro system in the world, after London and Budapest. Moreover, the tunnel diameter is only 11 feet / 3.35m, which means that the rolling stock is quite tiny. Point of interest, for a fact. 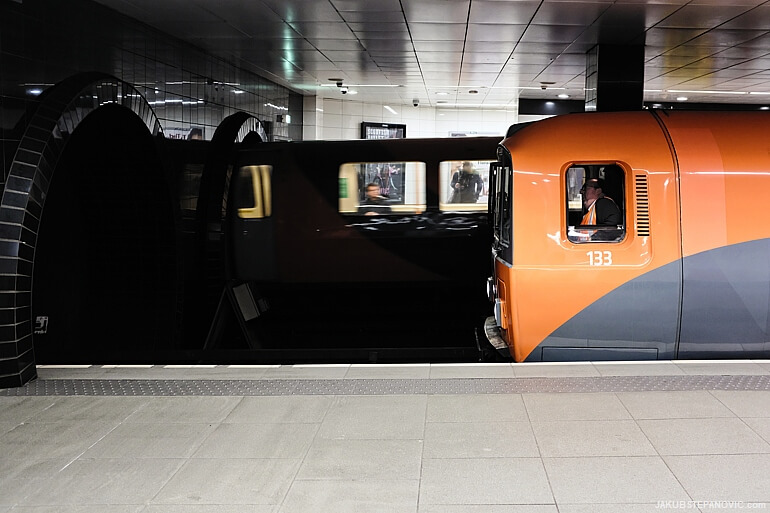 The trains are similar to those in operation on London's deep-level lines but smaller. Tall people can't stand straight in it. When the coaches were empty, they felt very cozy, as they are personally-sized. And when they got full, well, that's another experience. People wall-to-wall, some discussed rugby, some casually snorted powder from a mastercard. Many guys sported the same undercut hairstyle, many girls had thick make-up, most spoke in the notoriously strong accent. The f-words flew frequently, fast. 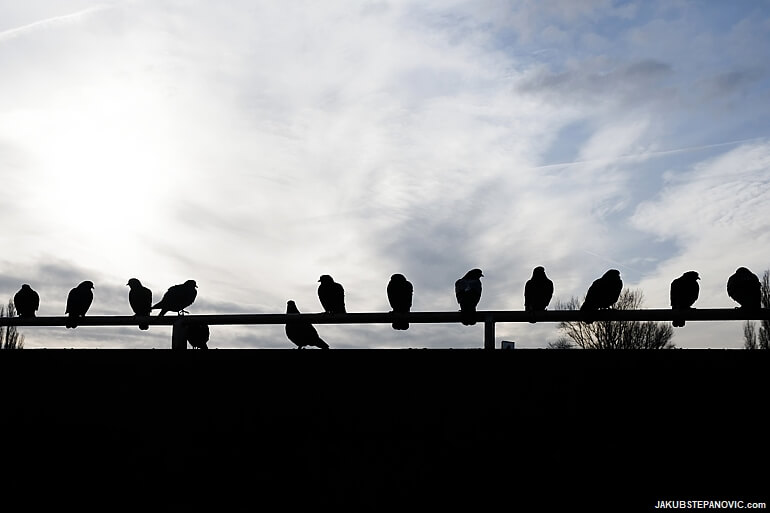 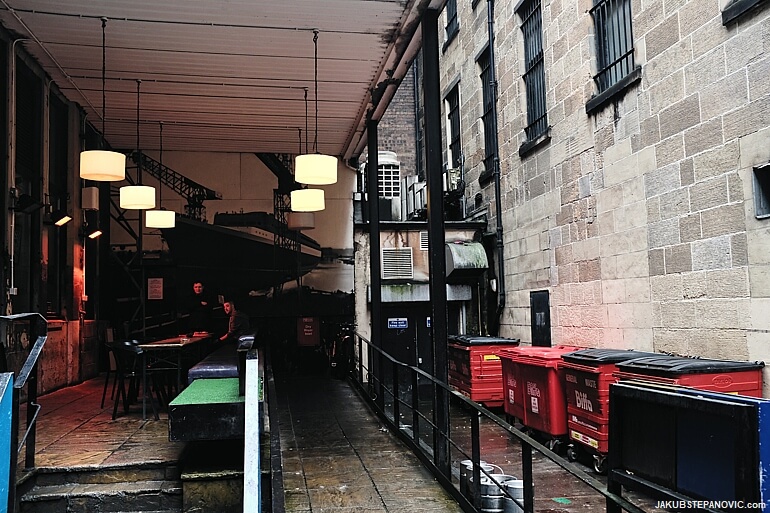 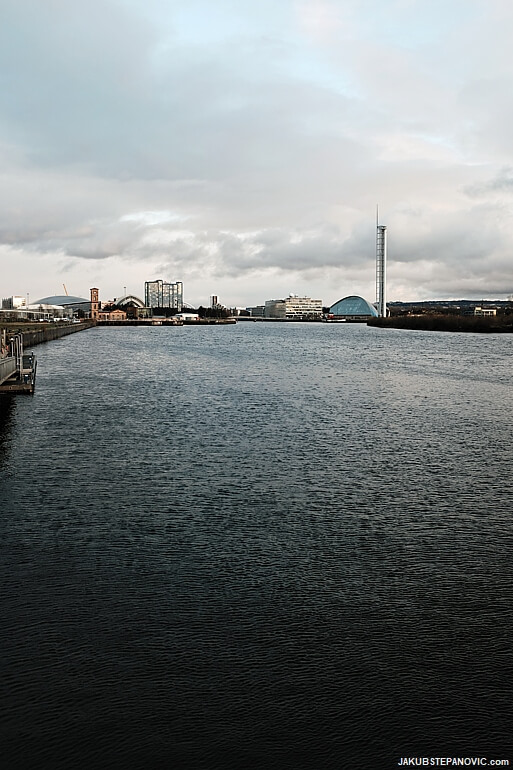 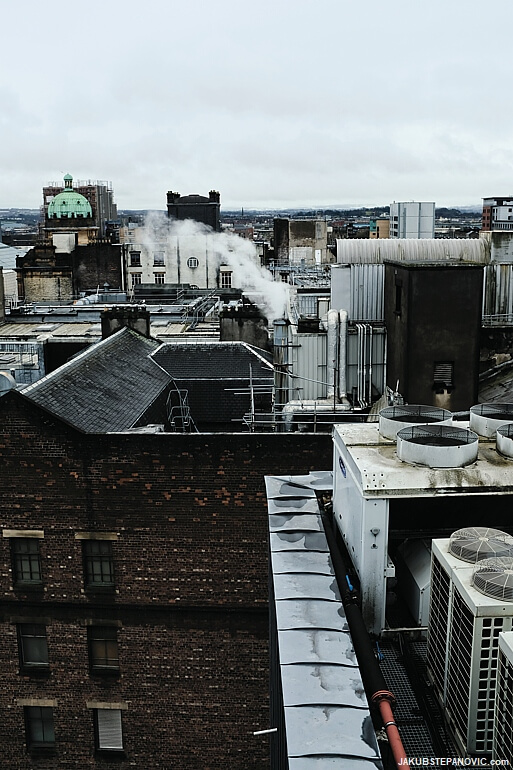 A good number of locations were like a carefully constructed movie set. Just bring actors and a few lights; ready to film. 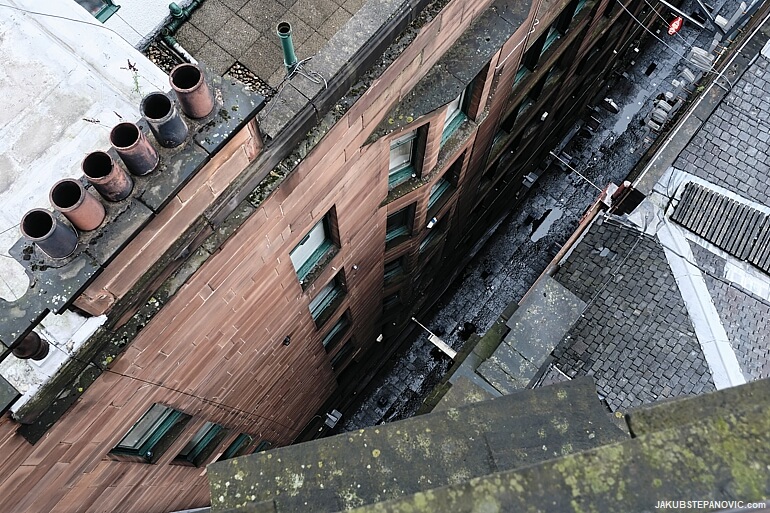 Finally, there was one color that broke the faded facades... 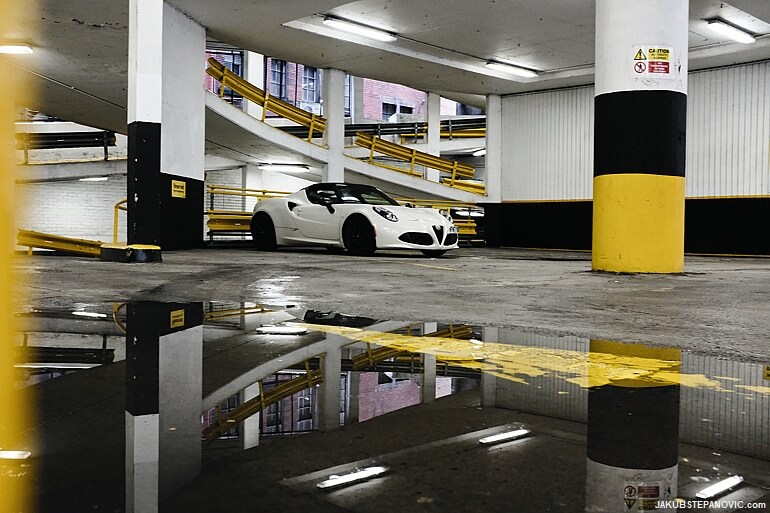 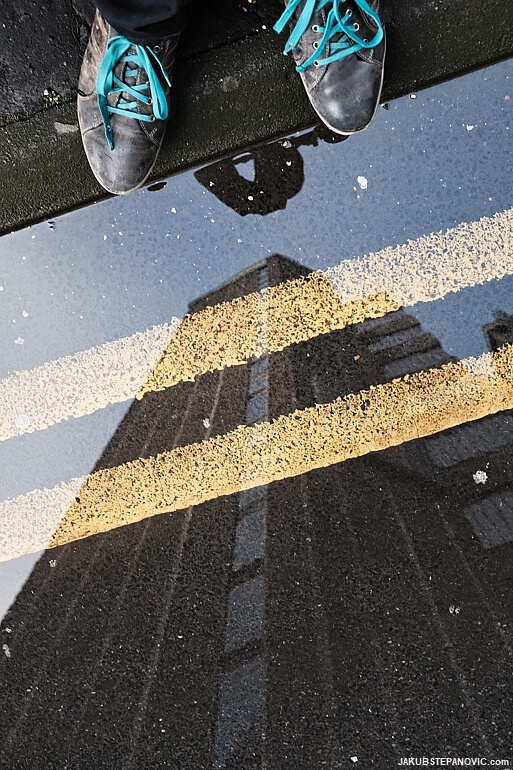 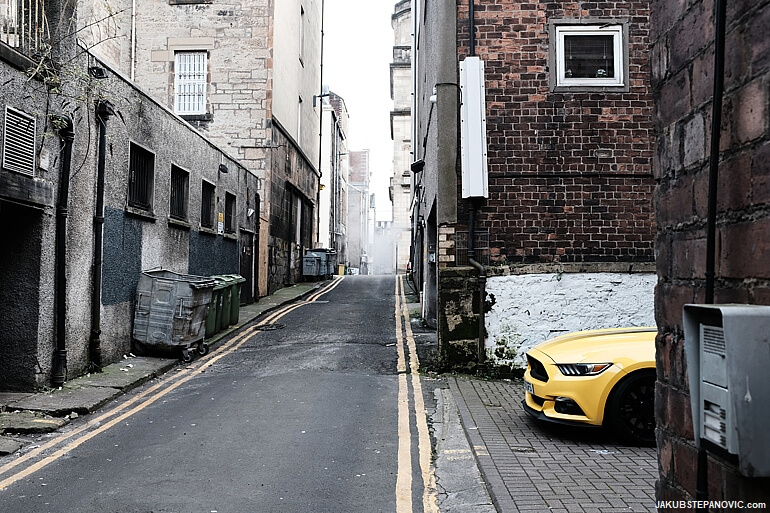 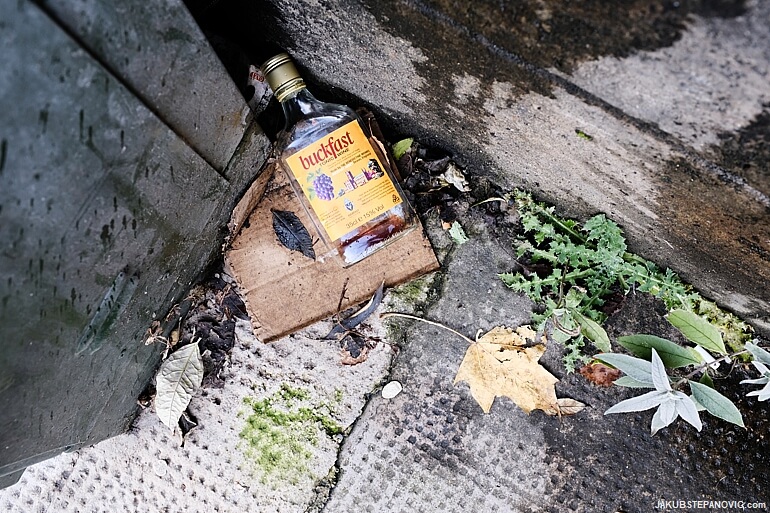 And that was it for the city exploration. Then it was time to get food: fajitas. Fantastic finish.

If you liked this article, you might also enjoy these posts:

...or other ones about Scotland, or about architecture. Thanks for reading.