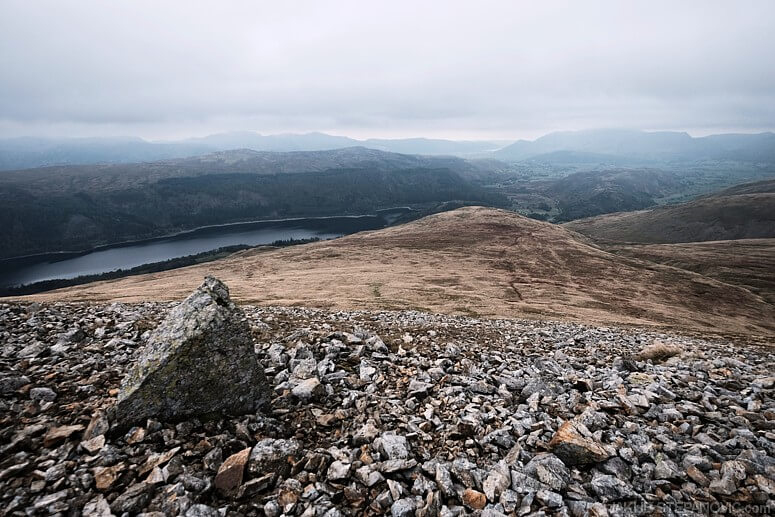 Sharp rocky peaks obscured in fog rising from vibrant valleys: landscapes I’ve been dreaming about visiting for quite a while, and finally, I fulfilled it this month.

After spending years in the US, where I haven’t been in the mountains other than a few trips, I was super keen to return to them. I had marked several places that would fit into the mentioned description up in Scotland and further north on the Faroe Islands. But then, one night, when my friend and I threw ideas for a getaway. Our schedules had an open space for the following days, so the goal was an attractive spot where neither of us had been before, the closer to London, the better. He mentioned the Lake District. “There should be some neat hills,” he added. I looked up the name, and no further discussion was needed.

My friend got the wheels, so my duty was to prepare a program on what to do there. As I looked at a map, I also learned that the Lake District is the largest national park in England and home to England’s highest mountains, deepest and longest lakes. Yey! 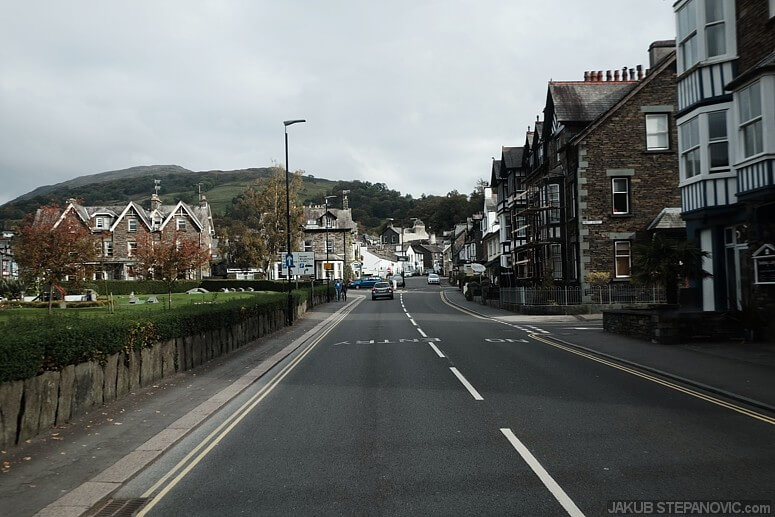 The town of Ambleside

We took off around five the following morning, and we entered the park by lunchtime. Just a bit later, we were at the trailhead of our first hike. The scenery was thrilling just as we got out of the car. And the air! What a change compared to the London area. 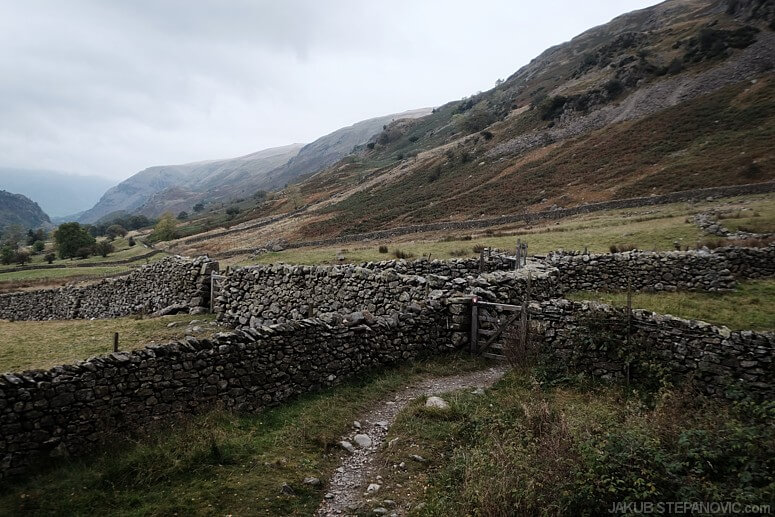 Our goal was to see Helvellyn, England’s third tallest point. 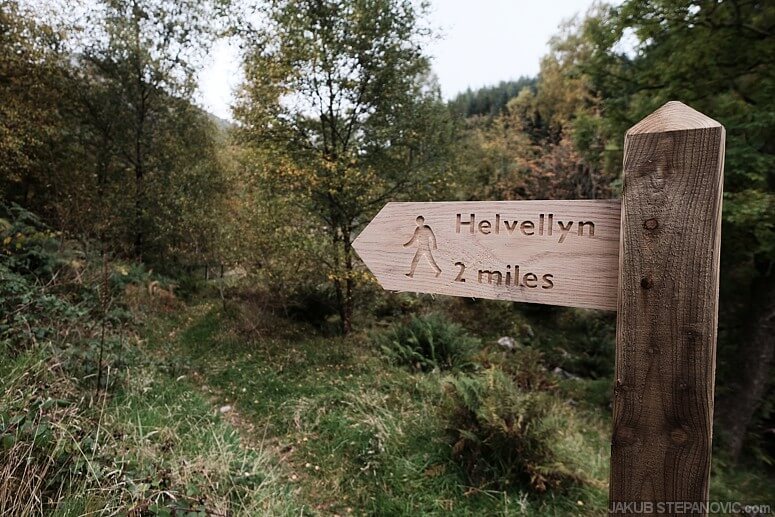 Although it was cloudy, the views were breathtaking. 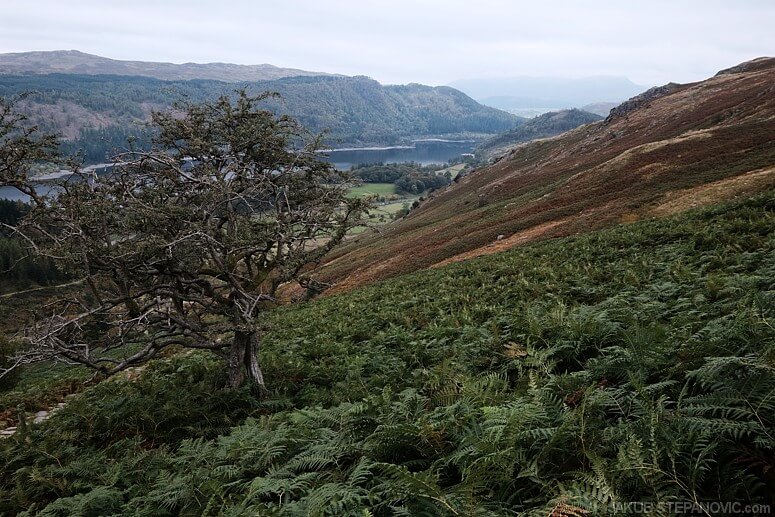 There were plenty of neat compositions with rocks... 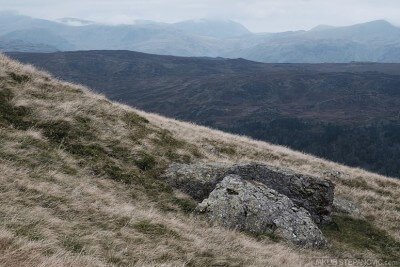 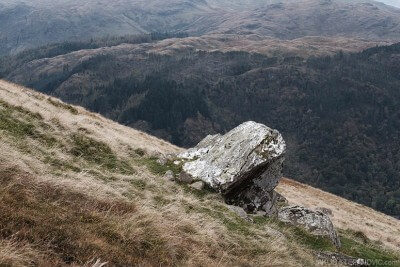 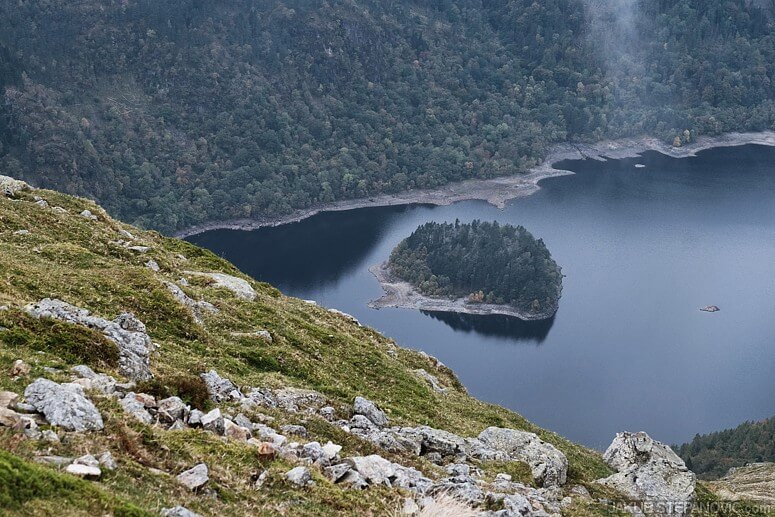 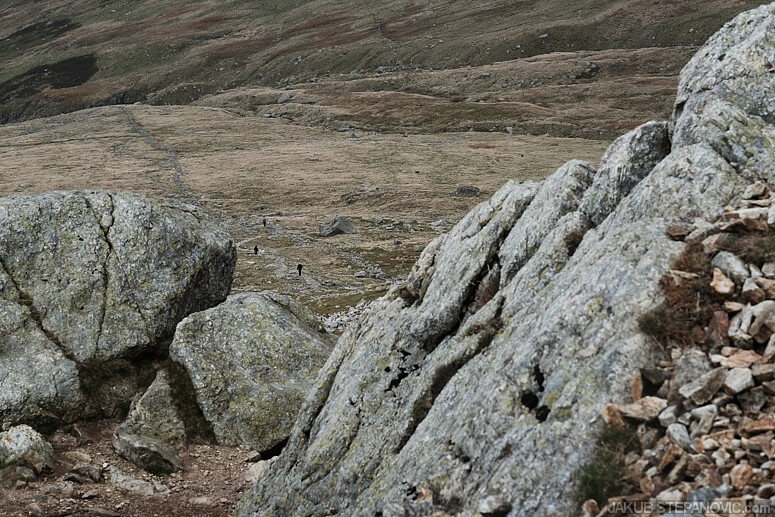 Considering the name of the mountain and this view of the steep path ahead of us, one would expect to see golden gates to Valhalla at the summit. 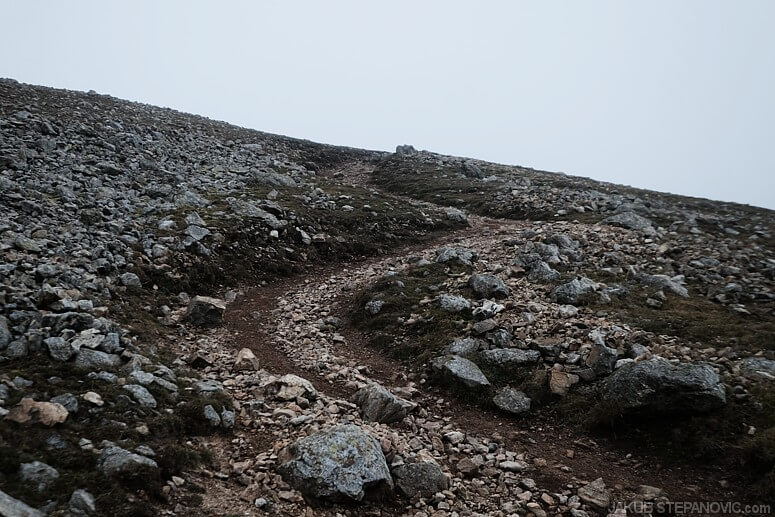 But the top was covered by dense mist, with Odin nowhere to find. However, there was this cross — a great spot to hide from strong winds. 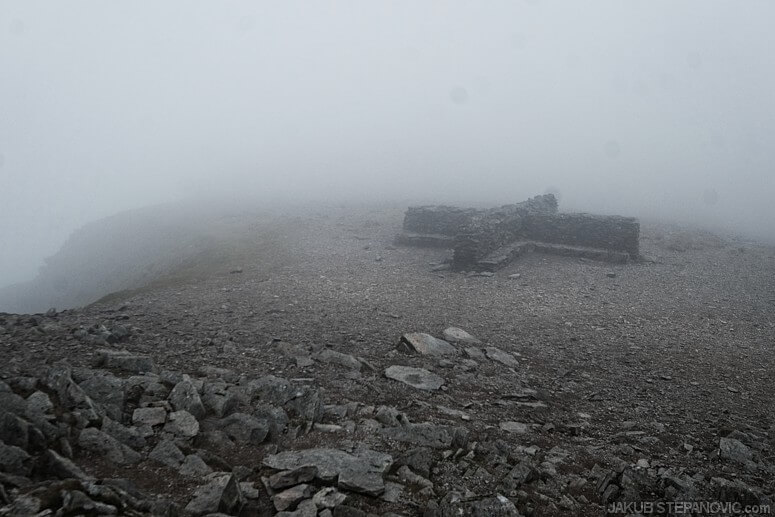 It was windy, rainy at times, and with no view further than just a few feet. Yet I couldn’t be much happier at the moment. It’s been ages since I hiked anywhere. 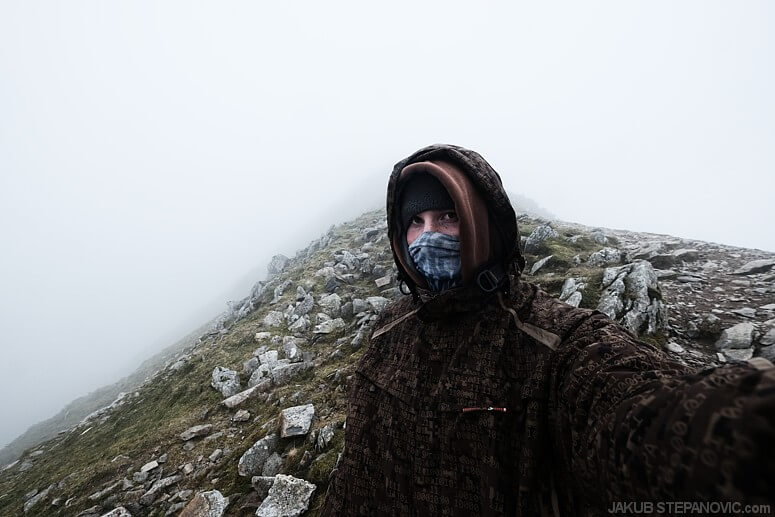 Helvellyn is one of the most popular peaks in the park; so, we weren’t alone on the top. 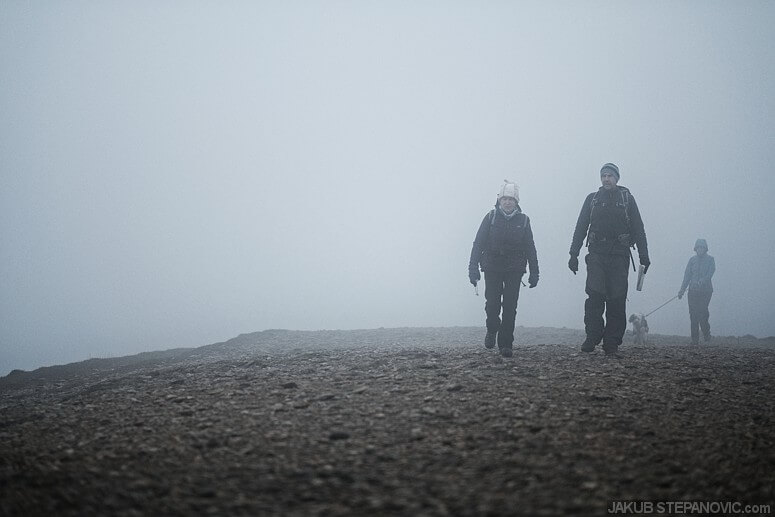 The mountain is a part of a range with sharp drops from each side. 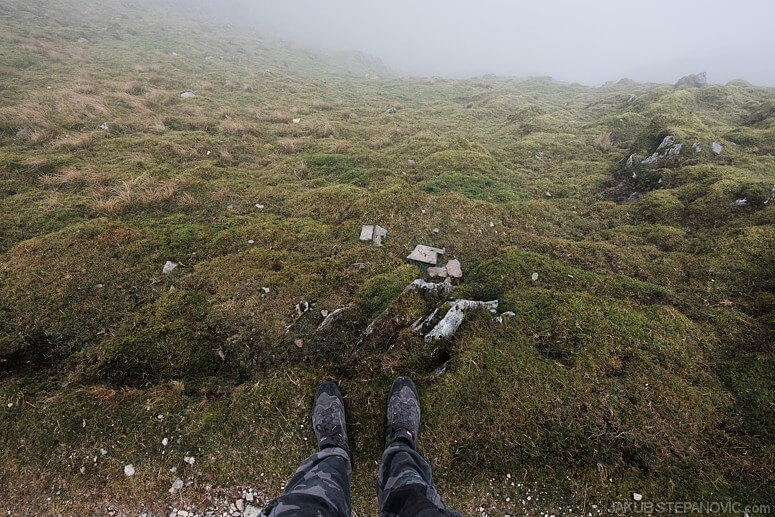 We opted for a different path down than the one we used to get up. These piles of rocks were great for orientation; otherwise, it would be challenging to keep on track in the current conditions. 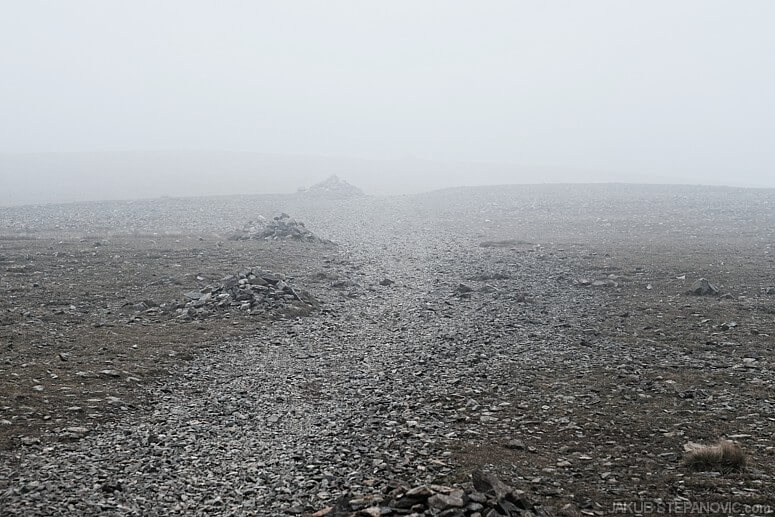 As we went down, we got out of the clouds. 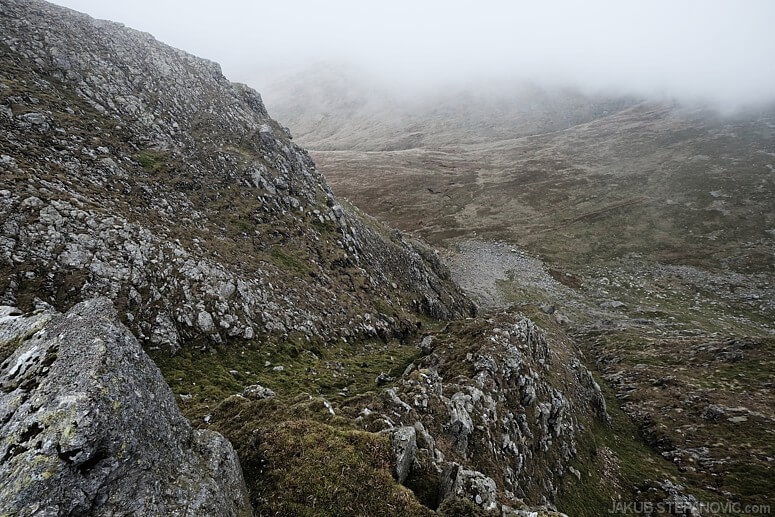 The path had no traffic. It was just us and sheep grazing on the slopes. 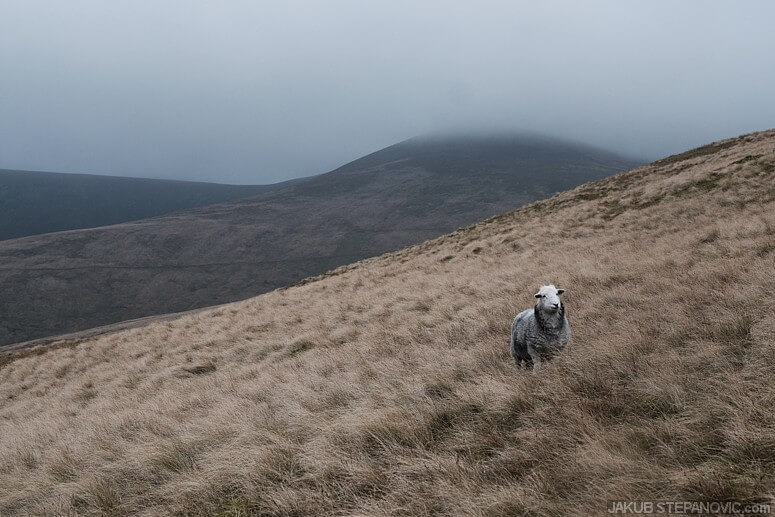 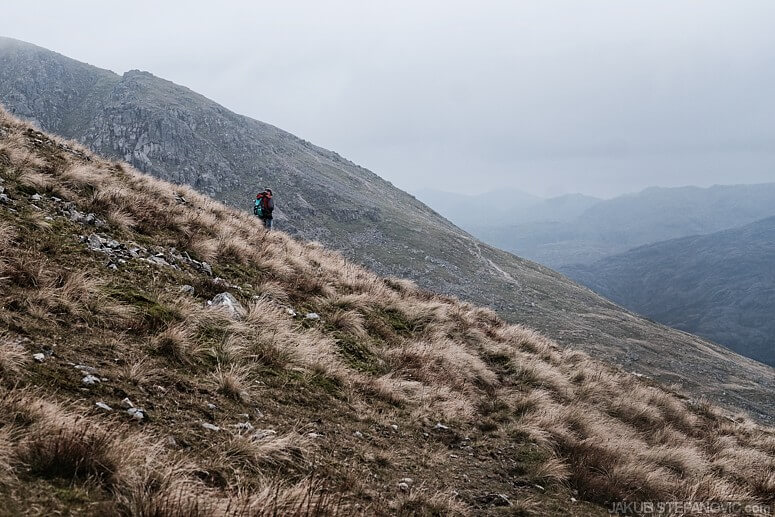 It’s such a joy to visit a place like this one. 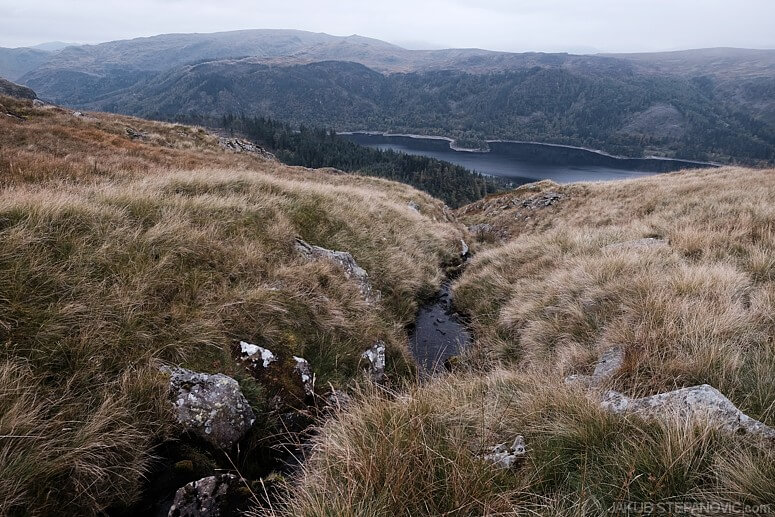 Once we got back to the parking lot, we had supper and went to a campsite further west; closer to the destination I marked for the next day. 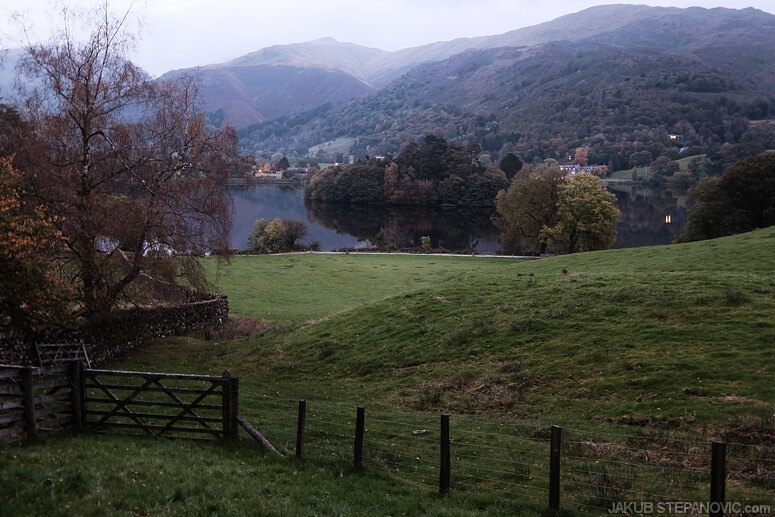 Dusk at the lakes.

Click for the next day when we went to the Scafell Pike, England’s tallest mountain.