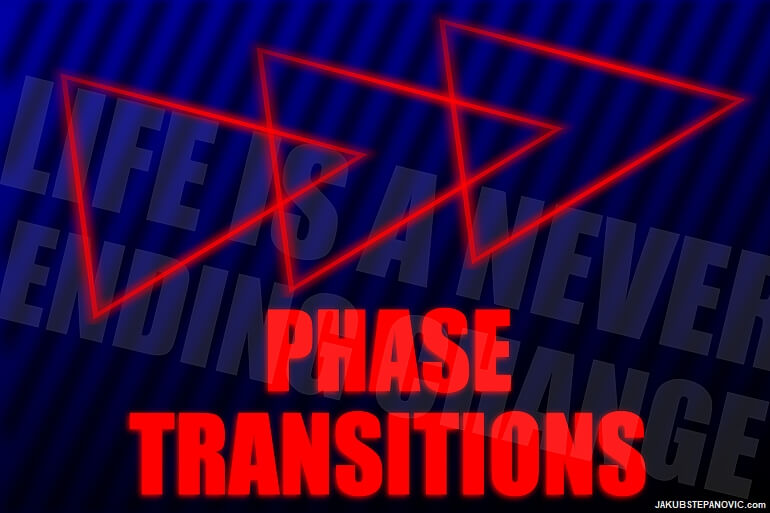 A behind-the-scenes peek at my latest artwork.

The Phase Transition is an installation about constant change. Click here to see the official documentation; this post is taking a closer look at the work's development.

Ironically, I made this piece work during 2020, when covid changed the well-being of many. But let's not skip ahead. I wanted to tell a story about change, and so I looked into nature for inspiration. Because if something undergoes a continuous shift that one can easily see, is the nature around us. 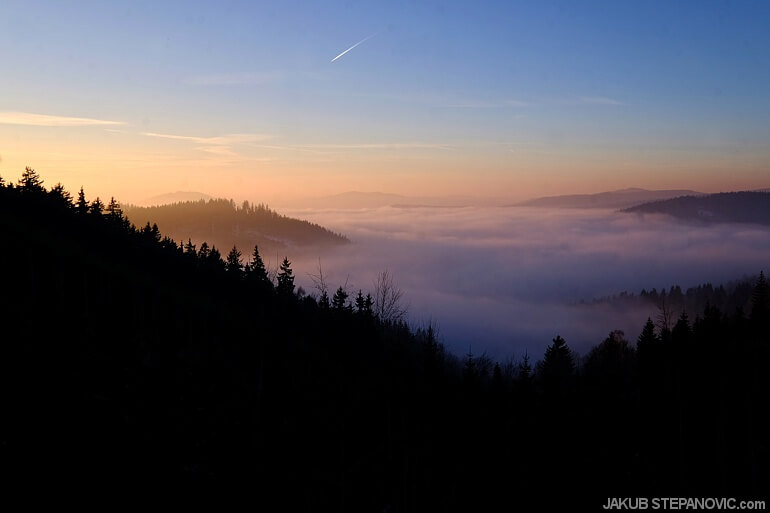 The weather can have similar stages, but there aren't two days that would be exactly the same. At the same time, the rain, clouds, and sunshine make for a beautiful show to watch. I strived to utilise these qualities and use multiple states of matter (liquid, gas, solid) with light, to bring the concept to life. However, it took many refinements to get the final shape. 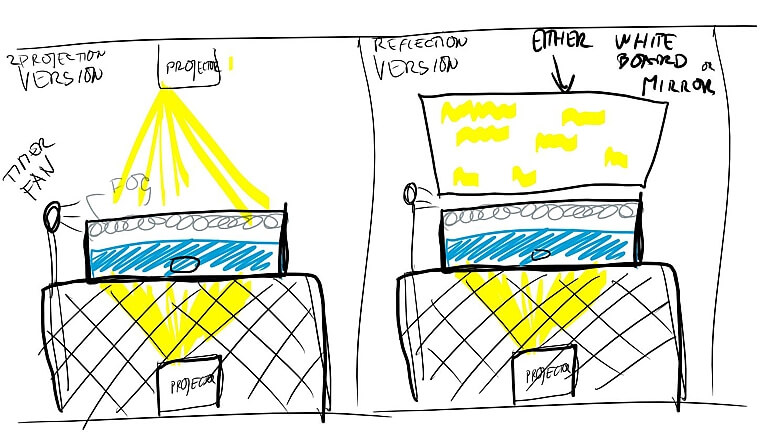 Some of the early sketches included a pool of water, fog, and air on a single table.

At first, I wanted to use projection as the main source of light, but eventually, I opted to add other technologies (lasers, led lights) to fully take advantage of the various mediums' potential. I also changed the format to wall-mounted frames. 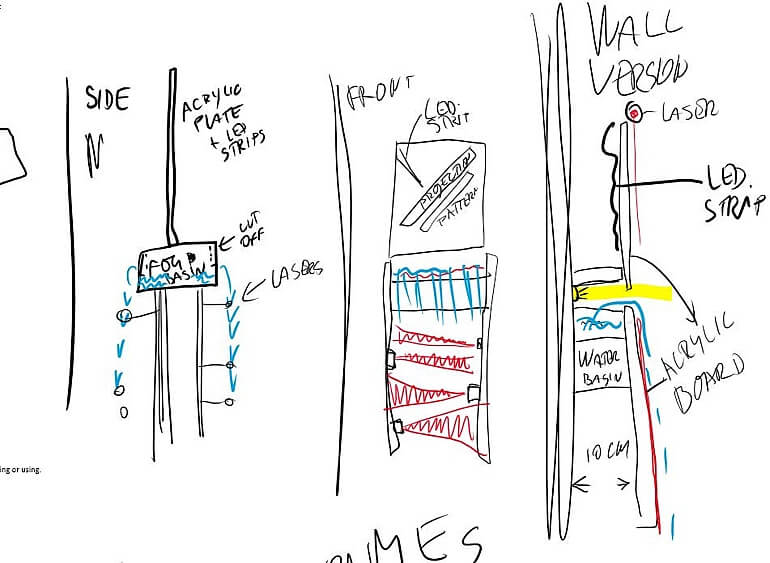 While I learned about laser properties and different methods to achieve the fog, Scotland embarked on a strict lockdown period. I couldn't access my studio, so I had to adapt and do the development and testing from home.

The cut-off from studio was one of many hardships that came, such as economic downturn, restricted leisure, and cancelled exhibitions. But it was remarkable how it reflected the theme of change. Outlets reported that it is the "biggest challenge of our lifetime." However, the size of the challenge was not universal. In some areas, groups saw wearing facemasks as a threat to their liberties; meanwhile, others feared for their lives as their countries convulsed in armed conflicts. Speaking of which, two world wars occurred in the previous century.

Coining a specific year as unique for challenges or victories is very subjective. They happen all the time, often simultaneously. Another period of "unprecedented changes" was the industrial revolution, rapidly improving conditions for thousands, while automation made some jobs redundant. Then there was the Age of Discovery, which sparked globalization with all its pros and cons. The Middle Ages brought a literacy boom, along with Black Death and the inquisition. Stories of progress are coming, no matter the century or region.

Anyway, working without a designated space and tools was tricky at times, but a swiss knife replaced cable cutters, tape temporarily substituted a soldering iron, and things started to happen. 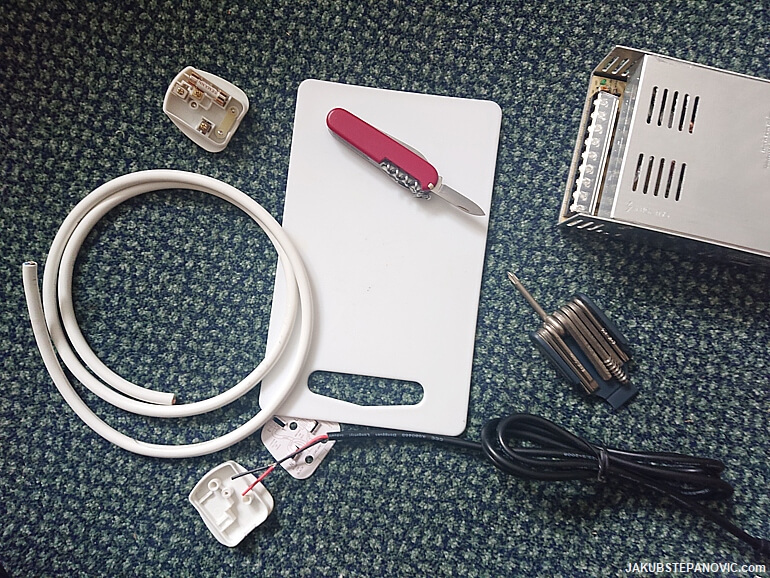 The first version of the fog machine I built by using a recycling bin: 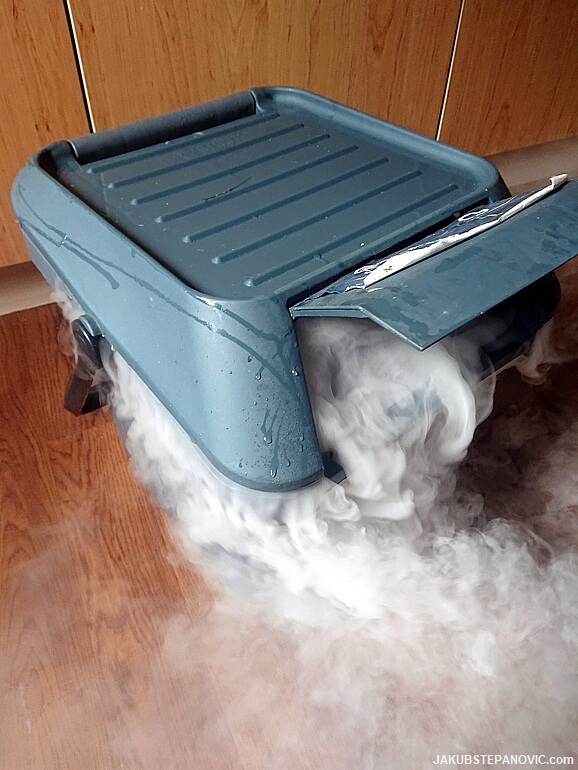 While it was a success and it produced fog, the shape was not satisfactory for the wall installation. I looked for something else to test the depth, current, and shape of the trench and ended up making versions from ice cream baskets. Much better! 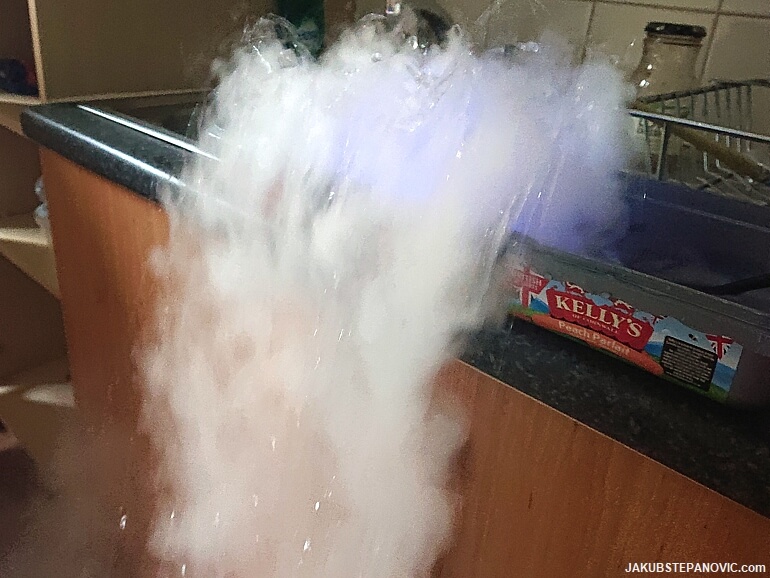 A similar rocky path to fog-machine-making happened with sourcing suitable lasers, as the standard used in the entertainment business was of no use to me. But, after spending hours researching laser technology used in headlights of top-of-the-range Audi, BMW, and Mercedes cars, I found a solution that worked. 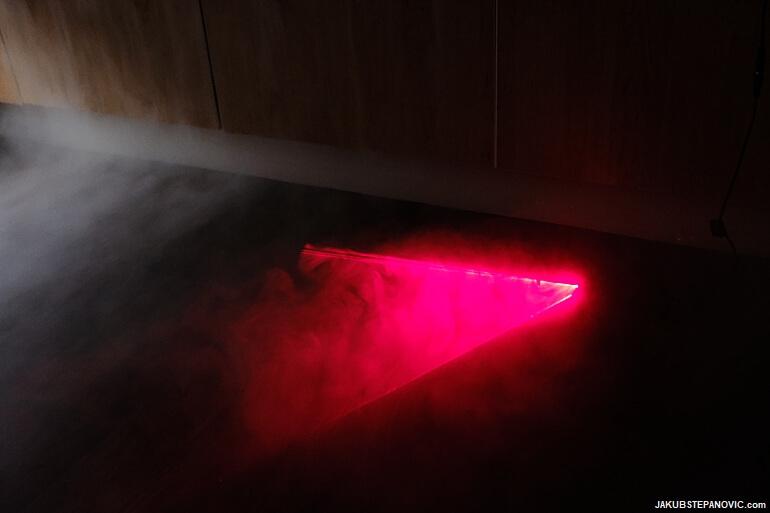 Then I programmed a generative animation for the projection... 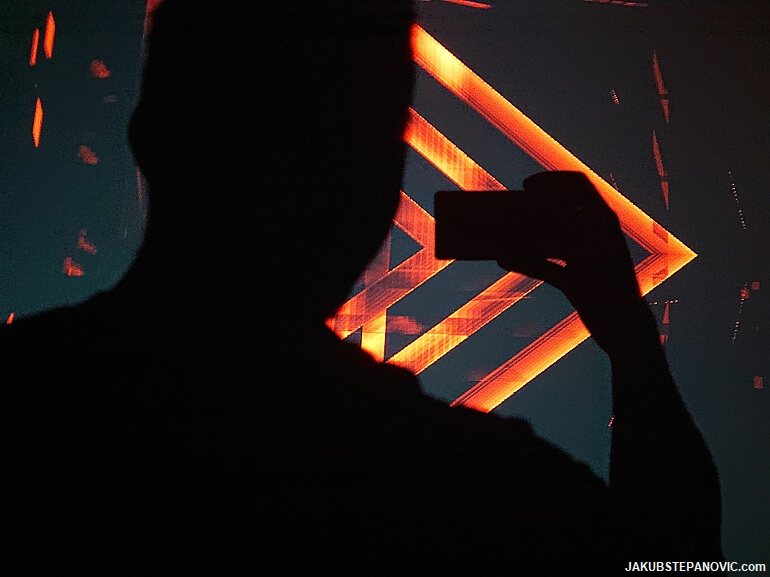 ...calculated all the sizes and finalized materials to order. 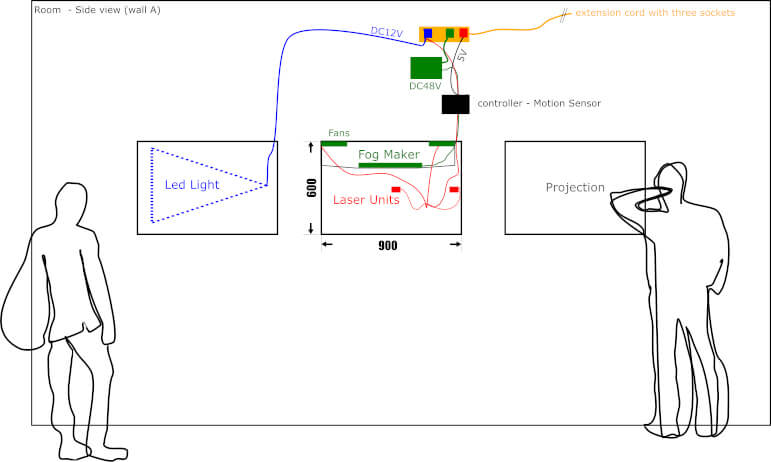 That way, I could start to put things together as soon as the studio opened — which felt amazing when that happened. 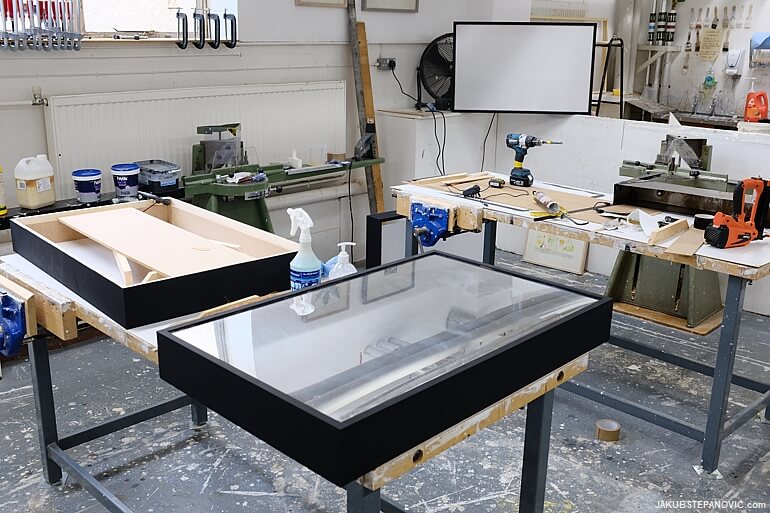 After constructing the frames, a shelf for the projector, and metalwork to hold the water, I moved to sort out the electronics. 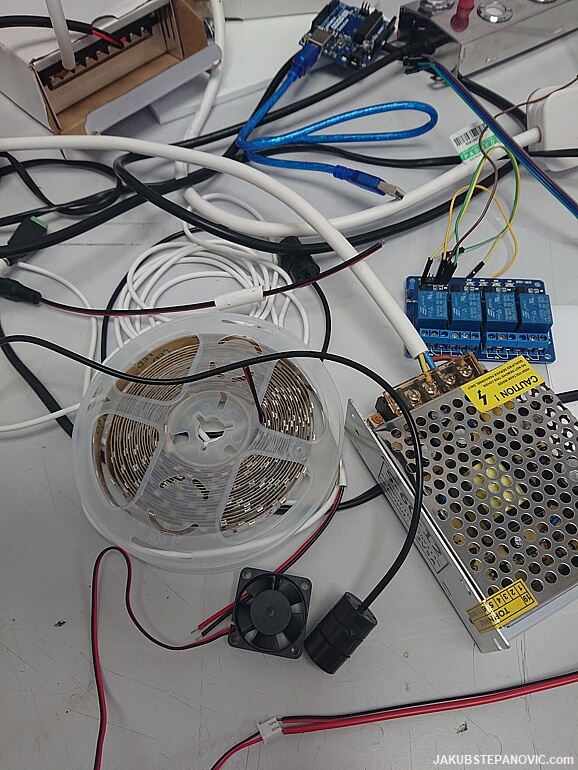 The next thing was to get it PAT tested and approved by multiple safety inspections. This was a bit of a worry, as a combination of water and electricity usually raises red flags, but designing the installation with OHS in mind paid off. I passed, and moved onto the final stage: mounting it into the designated space. 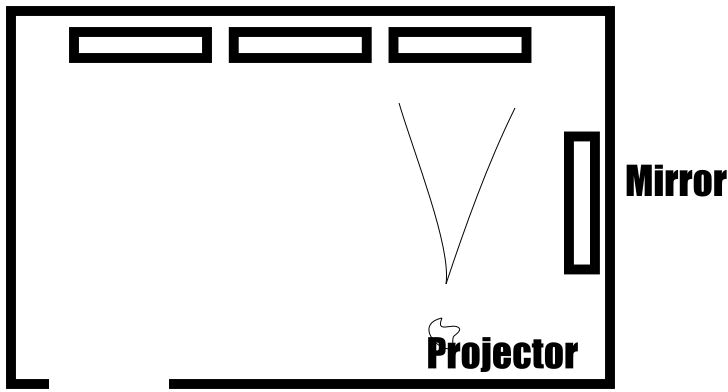 If you liked this post, detailing a bit of the work behind my art, you might also enjoy stories about making my other projects, such as:

Browse my portfolio for finished works, and if you know somebody who would enjoy it as well, please share. Thanks for reading.

Published by: Jakub Stepanovic in Projects