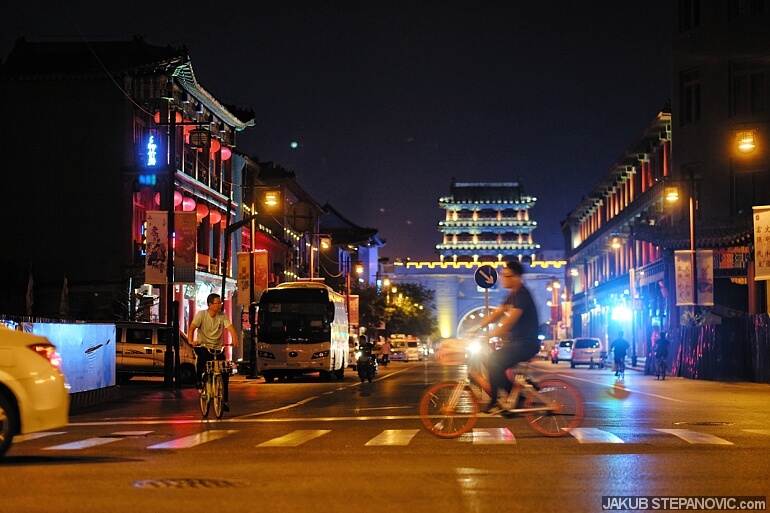 For most of my daytime in Shenyang, I worked on graphics illustrating medical equipment, made presentations and stuff. While this was fun, it didn't leave as much space to explore the city. Nevertheless, I tried to use the time I had to the fullest. Here's what I saw:

Nowadays, Shenyang is established as an important industrial and transportation hub of northeast China. But in the past, it went through many various stages of growth and stagnation. The most sublime is the first half of the 17th century, during which Shenyang was the capital of imperial China. From that time comes the Mukden Palace — the city's must-see attraction: 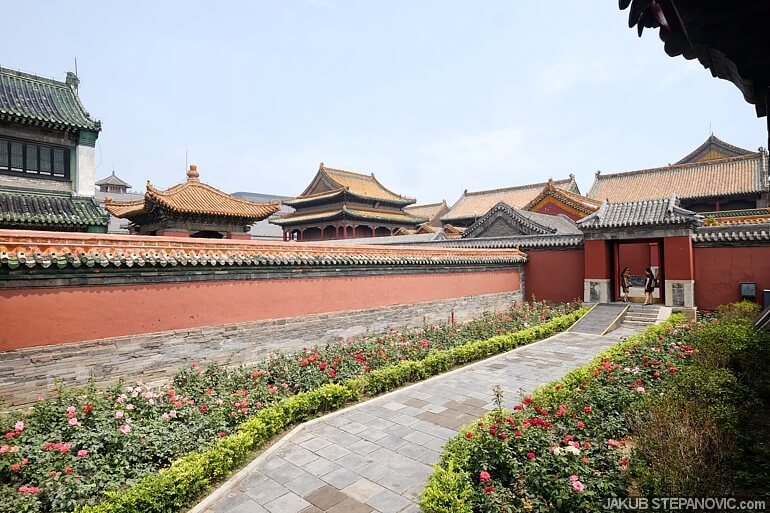 Shenyang Imperial Palace with a history dating back to 1625. 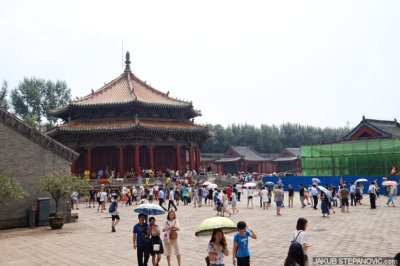 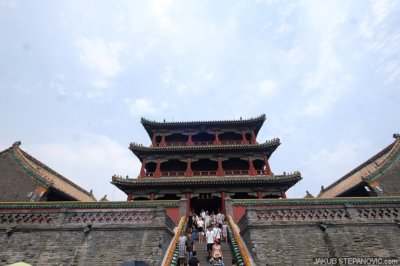 Another point of interest I wanted to visit had no ties with ancient times but supposed to offer an excellent outlook at present: the Liaoning Broadcast and TV Tower, a 305m / 1000ft tall structure with an observation deck. 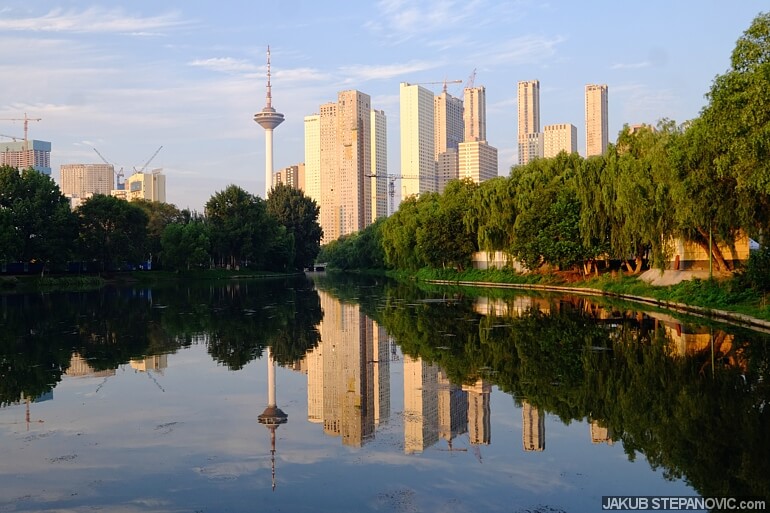 I was excited about spending an evening there, having a bird's perspective on the city; however, when I got there, I found out that it had been closed to the public for some time. "Oh no," I was a tad sad. After Nanjing, this was another Chinese TV tower that was closed, but just as in Nanjing, I didn't abandon the idea of a good view. I just had to come up with some alternatives.. 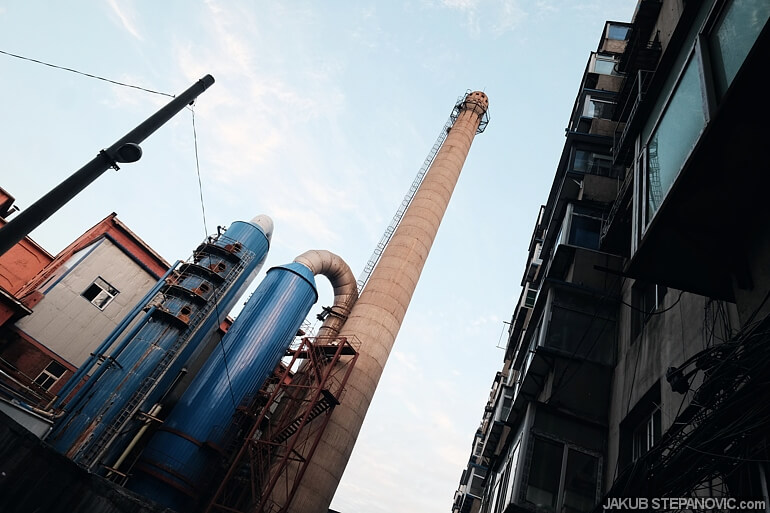 In fact, the Shenyang's urban landscape was appealing to me from many different angles: 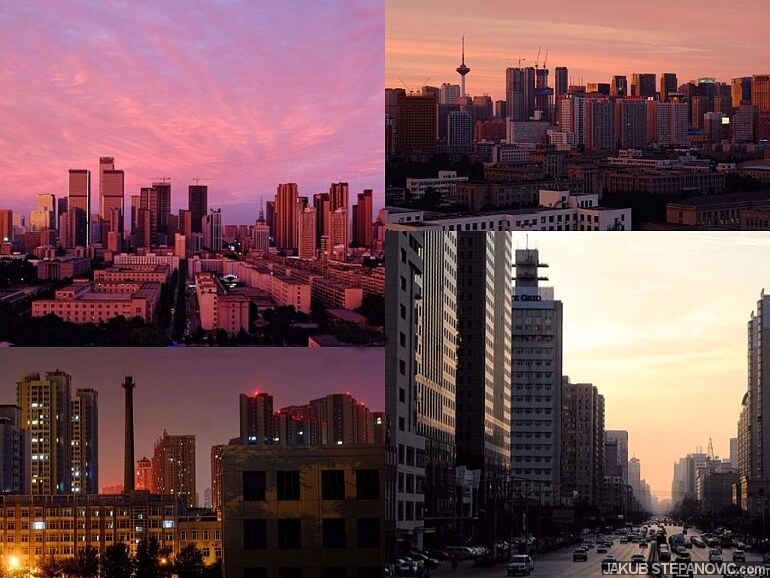 As mentioned, I didn't have much daylight left to explore the city. This meant that most of the time I spent outside, wandering across streets and avenues, it was pitch black.

Here's a collection of night scenes that caught my eyes: 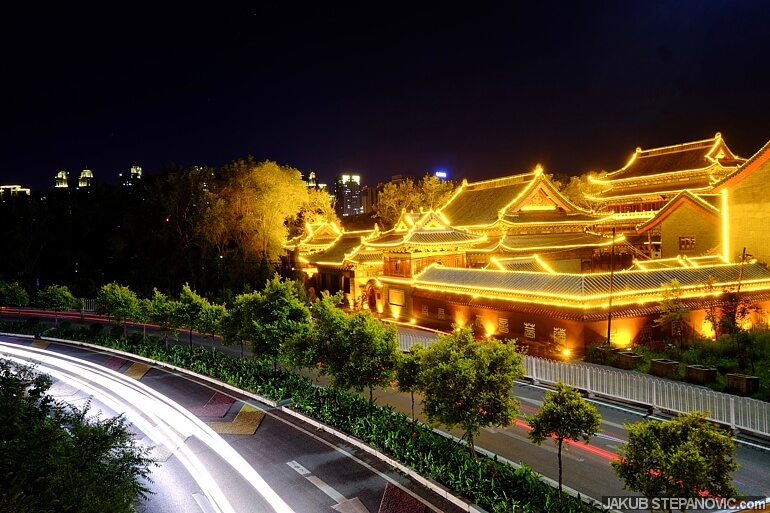 Up: a recently built temple of water gods. Down: hard-edged, raw walls inside and out. 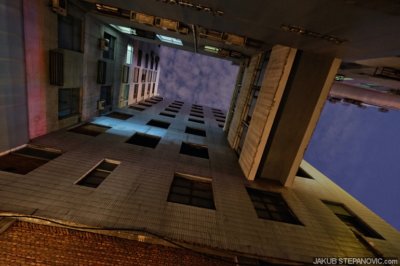 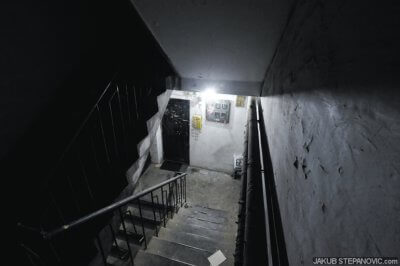 Besides strong visual experience, I love discovering new locations because of the people. It is always interesting to see how locals live, what they like to do in their free time, and so on. And in Shenyang, one didn't have to go far to get big doses of that... 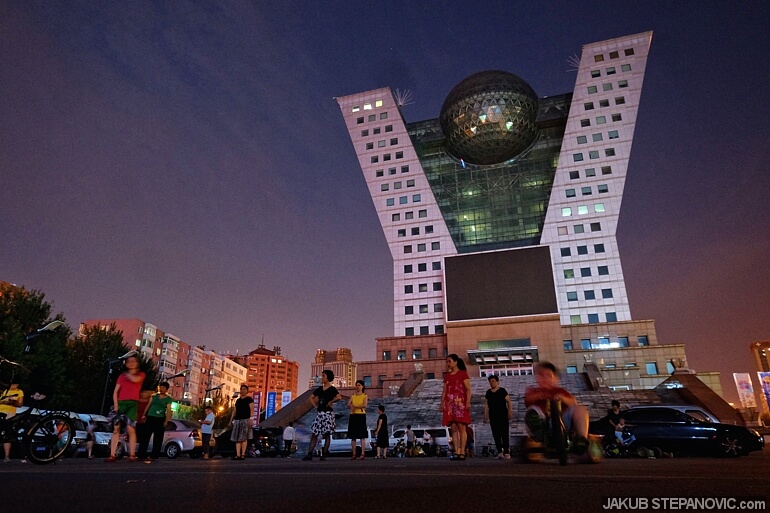 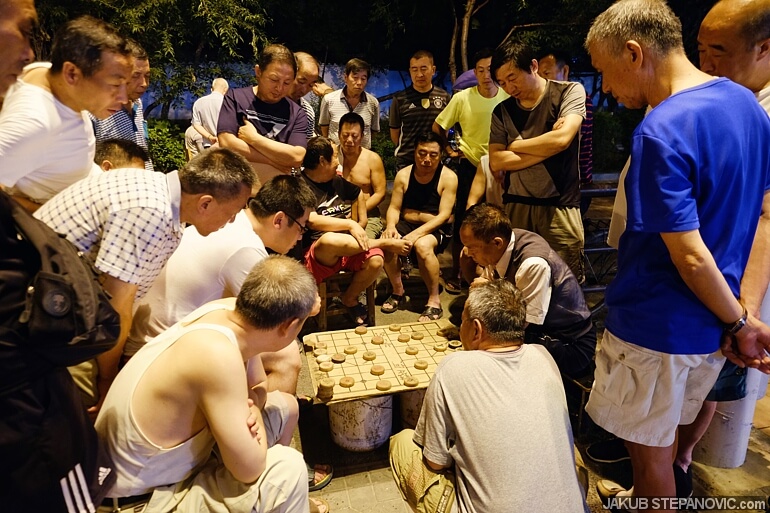 A tense game of Chinese Chess.

...but in fact, there was a moment where I got perhaps too much of it: at one place, I ran into a group of drunk locals, one of which said "hello" and an unrecognisable something when he saw me passing. I am usually open to interaction — it is a great way to learn and make friends. Here; however, it looked like the individual would be sick rather than offer any meaningful conversation, so I just kept walking without a reaction. However this caused an unexpected sequel when as soon as I went behind a corner, the guy started shouting some disgraceful junk about my mother. "What the..?" I stopped and went back to do some cultural exchange before I returned to enjoying better social outreach.. 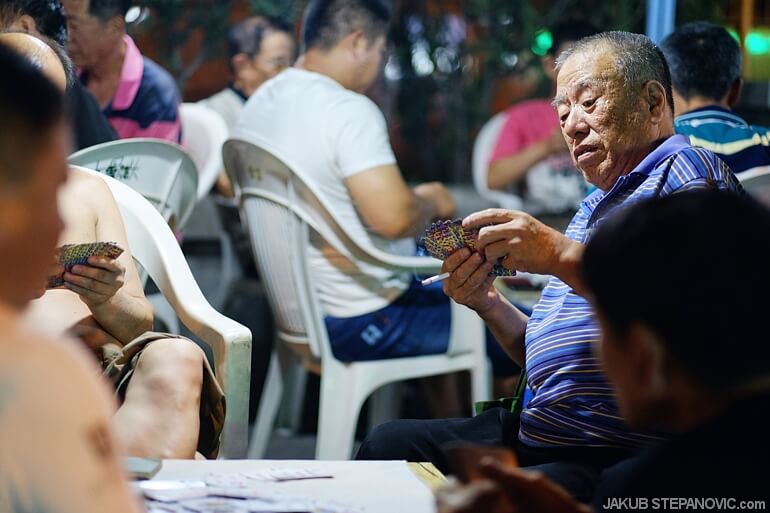 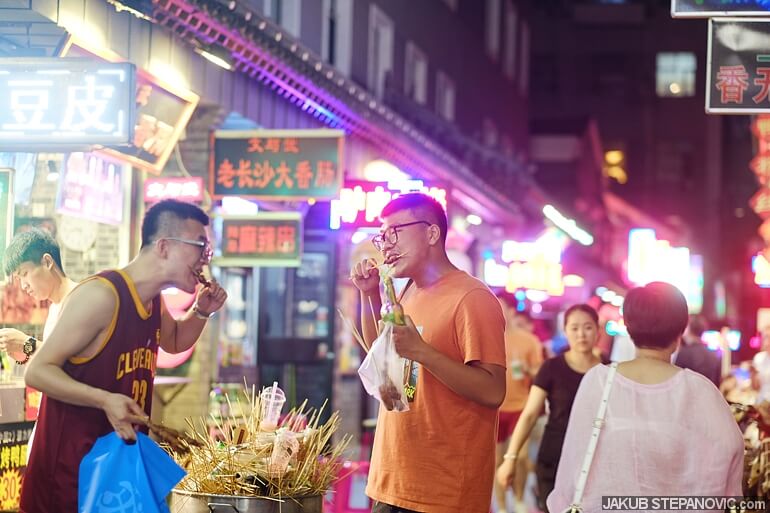 one of many local streetfood markets 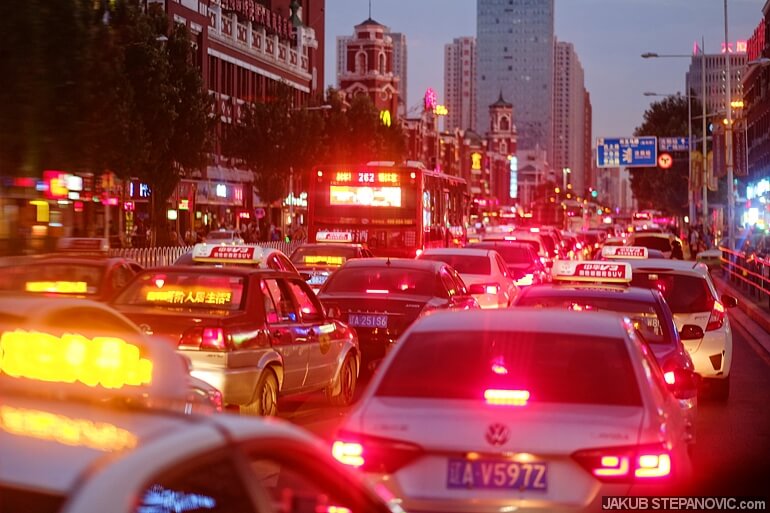 one of many local traffic jams. The noise is unreal, like if some artist would take a sample of a billion of horn sounds and put it together as a track. Interesting only for the first few moments, then it's better to find something calmer.. 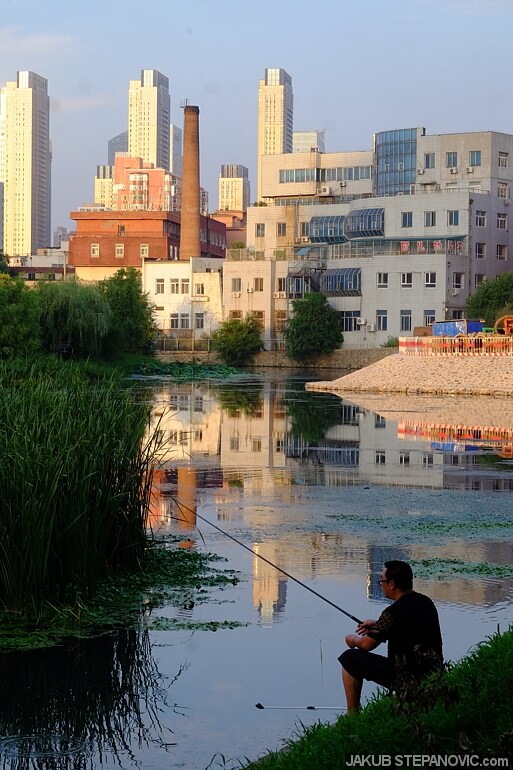 The days passed in a light-speed, and early Saturday morning, I left for the Shenyang Taoxian International Airport, to return to Shanghai. 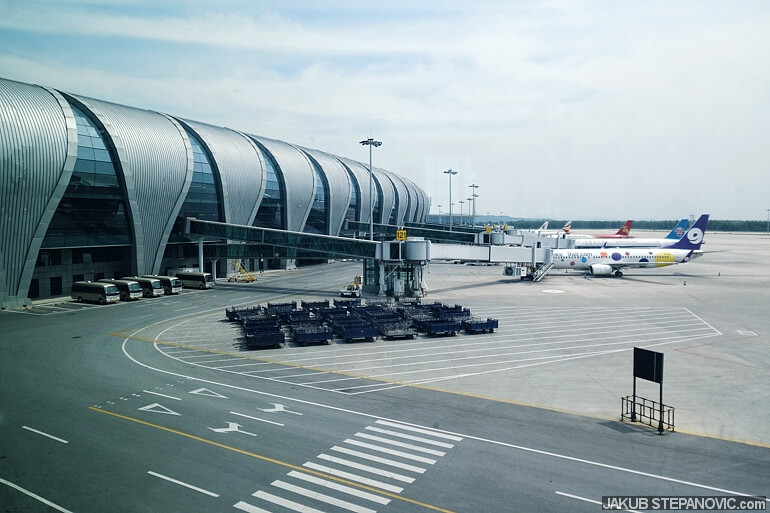 This also included a surprising adventure, as the night before the flight, North Korea's Kim was playing with some dang warheads, which triggered some Chinese military activities. As a result, all the flights going south got suspended. So instead of departing at 9am, my flight took off past 6pm. Joy of joys, but what can you do... 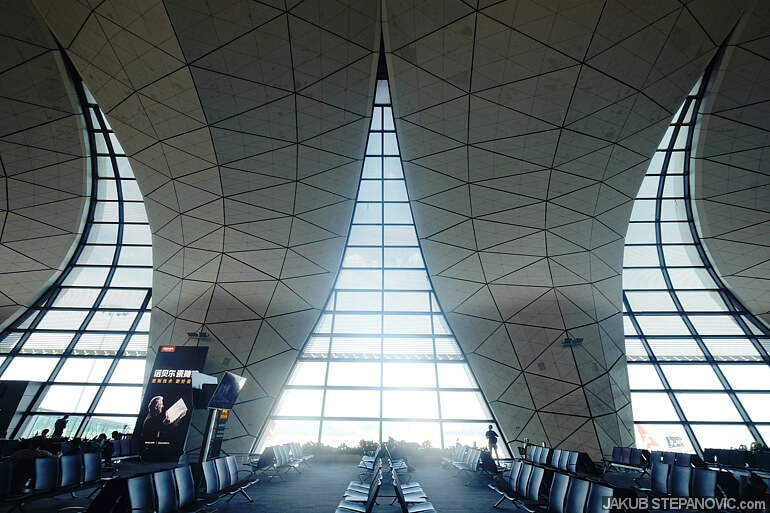 I just got back from viewing the eclipse in Nebraska (state north of Kansas). I’m resting up from driving and thought this would be the perfect time to read your China blog from beginning to most recent. As always, your photographs are wonderful. I always like the architectural shots, but I also very much appreciate the photos with people. It’s nice to see your face every once and a while, too! I’m sure I have many wrong preconceptions about China — your comments and photos are eye opening, to say the least. I wish I could walk into your photo and smell and touch and hear what you are describing. After I finish typing to you I’m going to go look at a map. One little photo question – are you carrying your tripod with you for some of the night shots? Oh, and what kind of work are you doing while in China? Can’t wait to see more of your adventure – cheers.

Thanks Susan, great to hear from you! I’m doing graphic illustrations and presentations here. As of the night pictures, either I place my camera on something solid like walls and such, or crank up the iso and go handheld – no tripod.