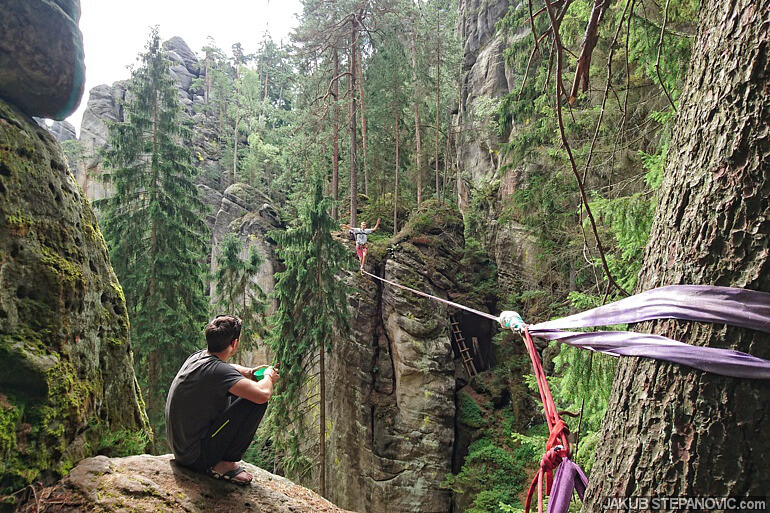 The Adršpach-Teplice region is among the most popular nature locations in Czechia, and finally, I visited it last month. Twice.

The first trip into the area was a few weeks ago, at the very moment I was supposed to have surgery on my injured knee. But the doctors messed it up, and it didn't happen. Then; my chimney-climbing friends from Brno said, "hey, we'll be around, want to join us?" Heck yeah, now we are talking! So as an alternative to getting into a hospital for a scalpel session, I hitchhiked east towards the mentioned region to hang out with some good people around industrial smokestacks.. 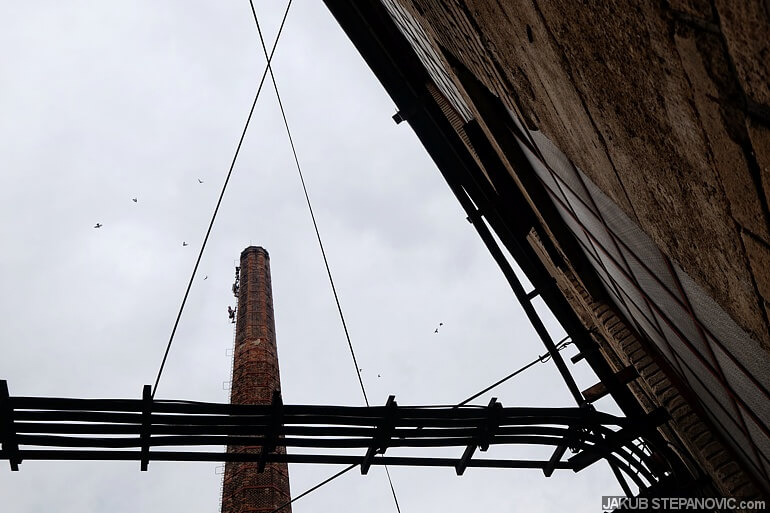 At that time, I was happy that I could bend the knee only to get into a car; any physically demanding workout was impossible. So when others climbed some taller structures, I stayed on the ground, strolling around and having fun with picture-taking. 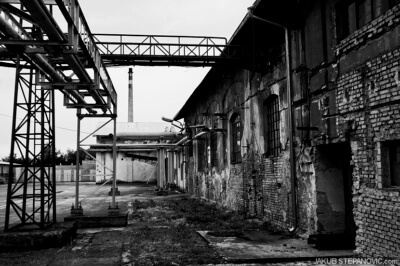 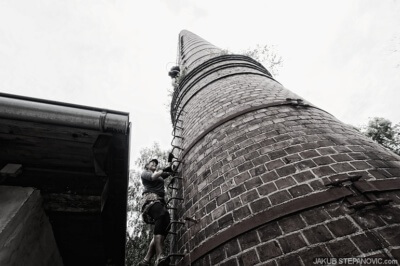 But since I've already learned that you can climb a smokestack with one leg only, I was able to scale some smaller ones as well. 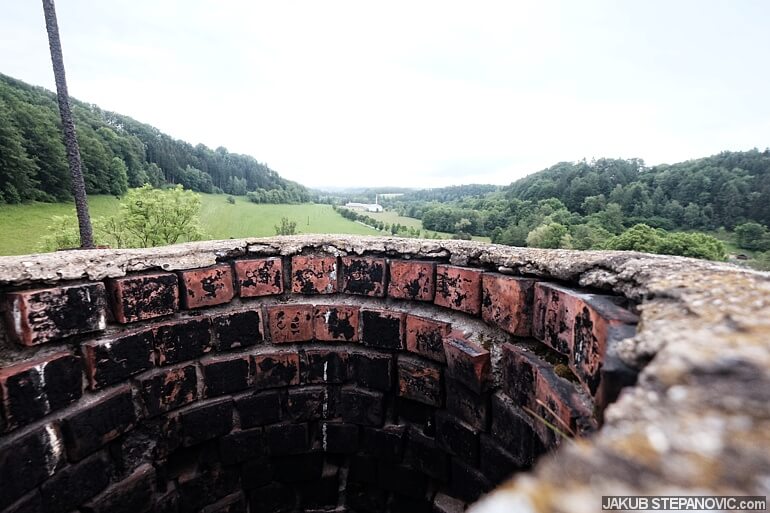 It was a great time; however, I haven't seen any of the local natural treasures. That changed last weekend when I went there to join a highline-meeting.

The area is well known because of its sandstone towers. Back during the Cretaceous, this used to be a sandy bottom of a sea. Then some millions of years happened, salt water’s gone, and the seabed eroded into appealing rock formations. 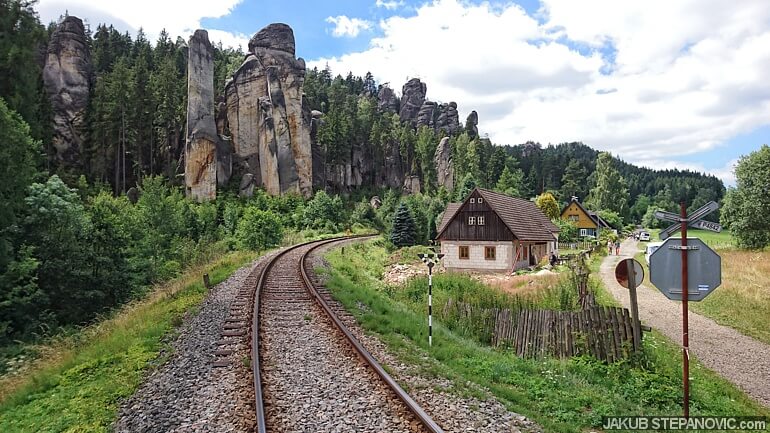 Arriving on Friday evening, all I did was to catching up with friends and meeting new ones in the camp. 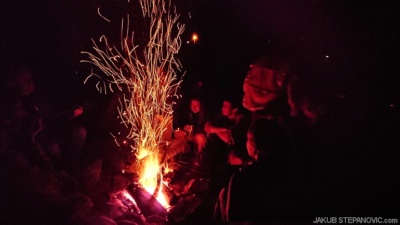 It was a long night.. 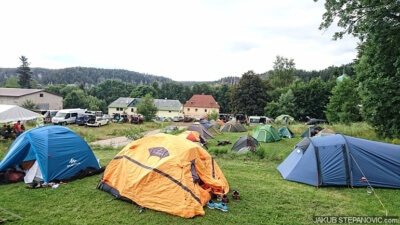 ..resulting in a rather slow morning

Once up, I went to stretch on a short slackline nearby. It was the first time I stood up on it without a knee brace - a challenge, but the knee worked, and I ended crossing it. 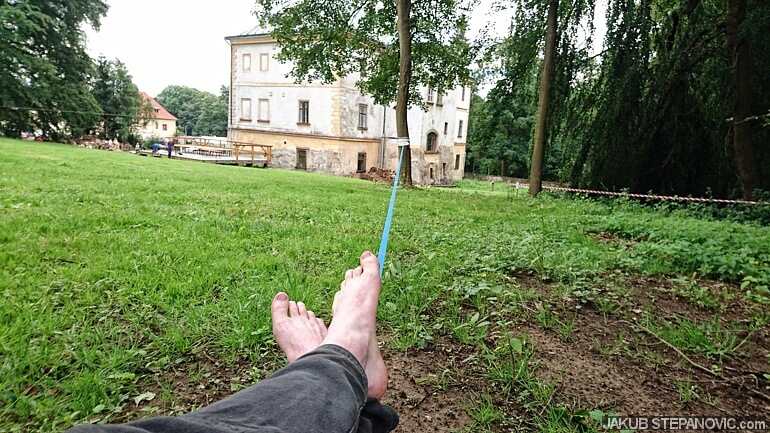 After this success, I was eager to explore the rocks.. 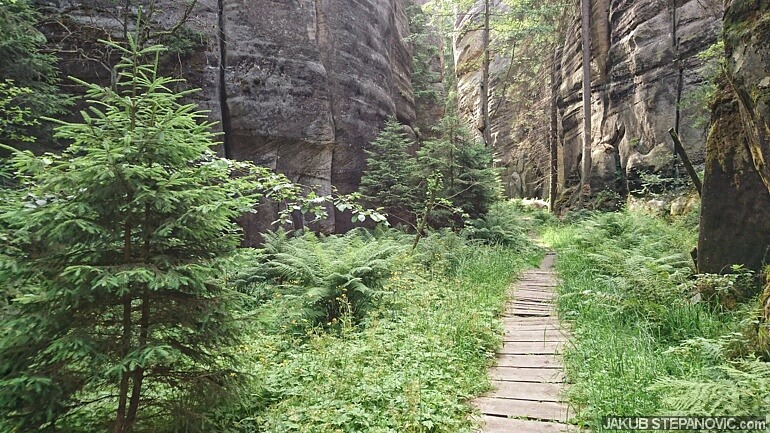 path into the wonderland. 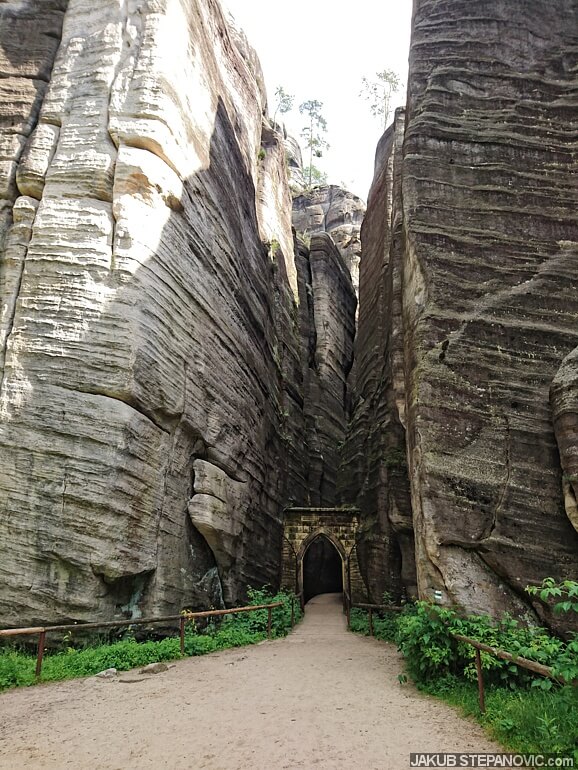 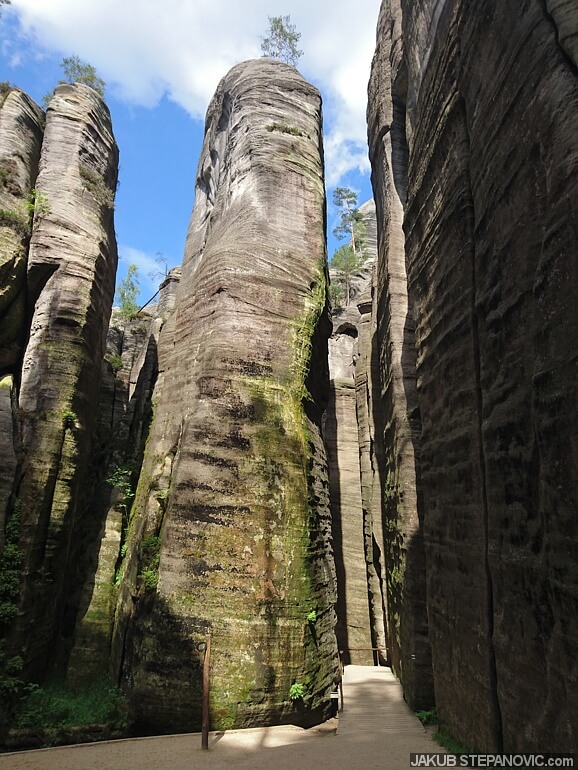 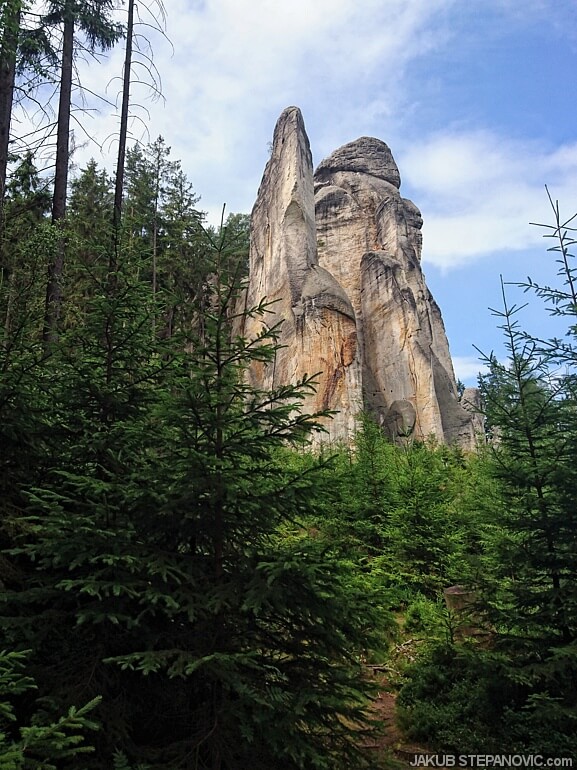 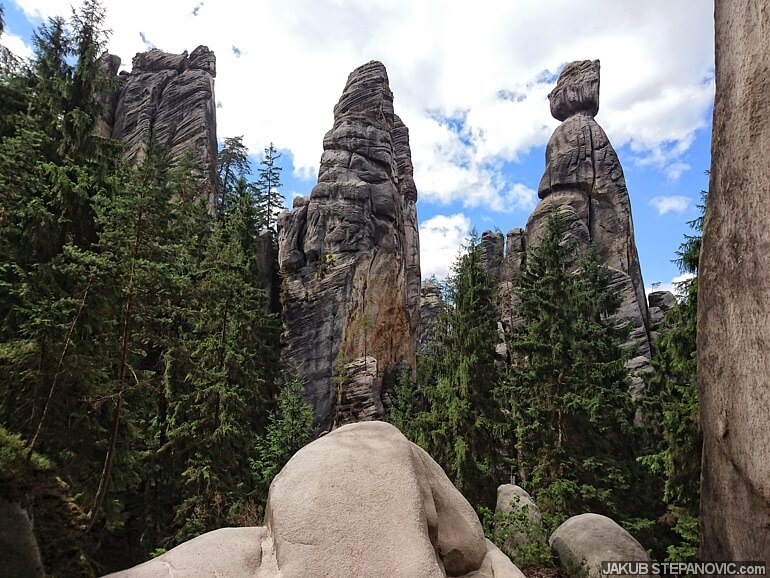 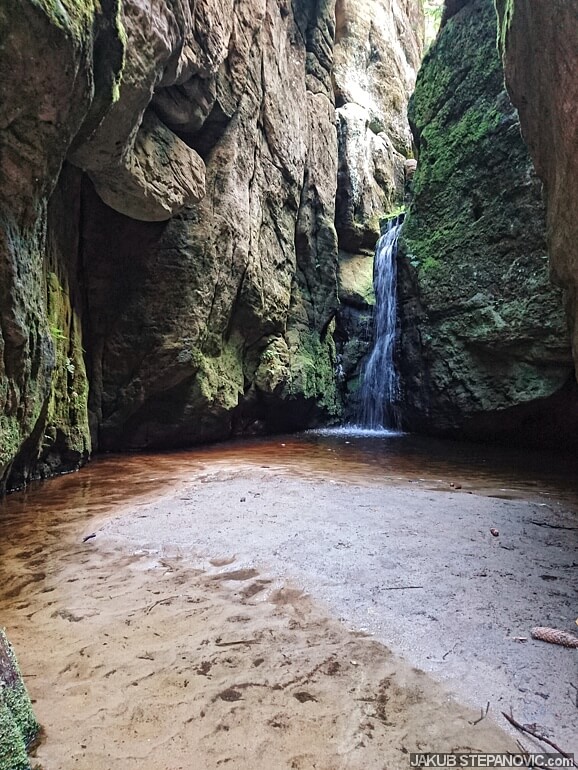 This section reminded me of some canyons in Utah's Zion.

The area lives up to its fame; one could wander through and forget about time and everything. The good thing is, when you forget your food, the place is bursting with blueberries all over the ground. 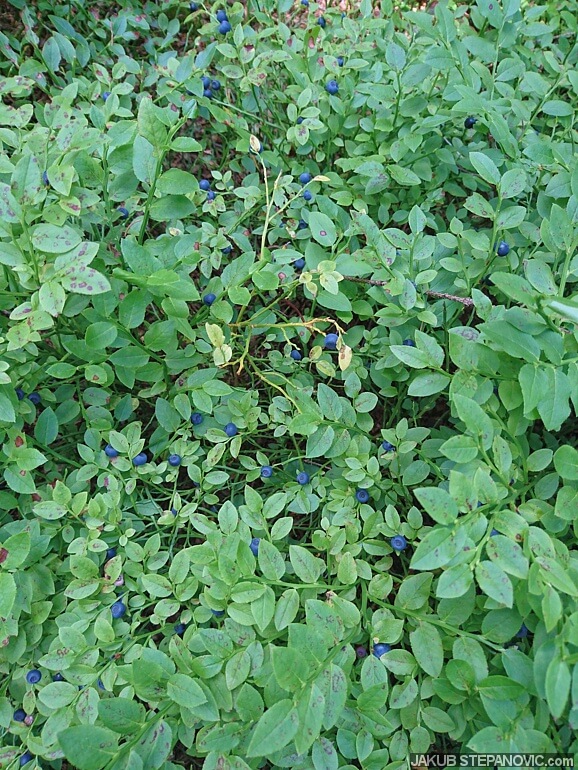 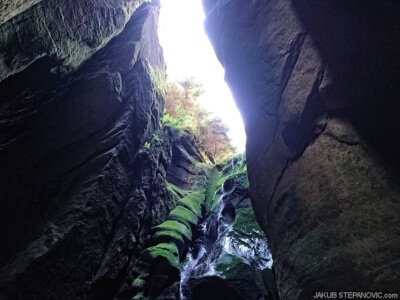 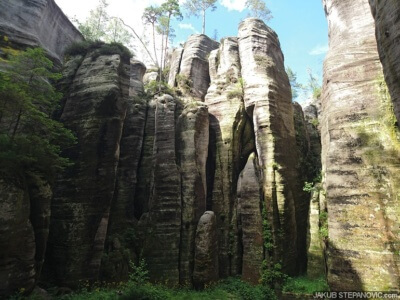 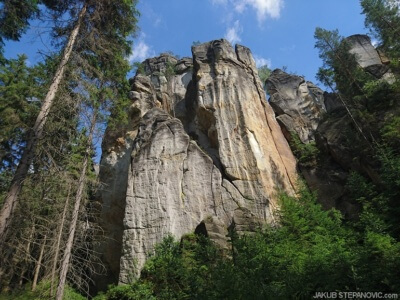 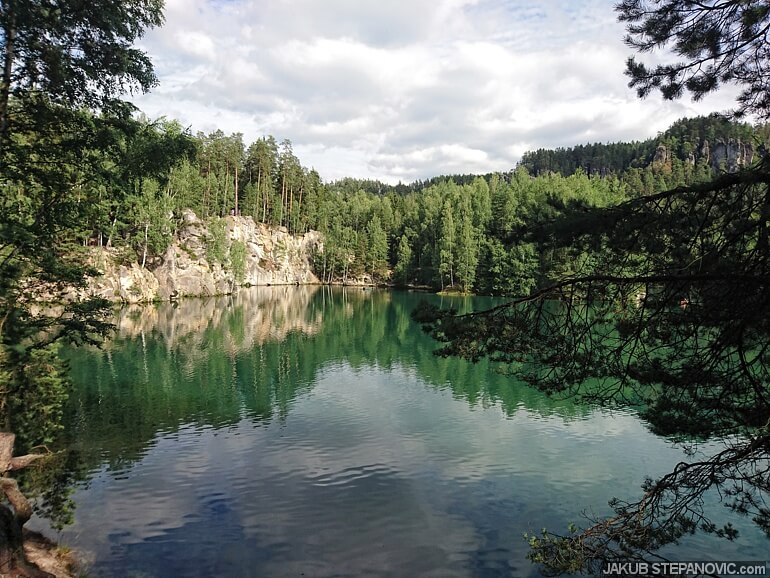 Later in the afternoon, the main area became flooded with tourists, so I moved further away to enjoy the woods rather than the crowds. Not too far is a cliff where a medieval castle used to be, which offers a sweet view of the rocks. Unlike the rest of the trails around, this was (surprisingly) with nobody around. 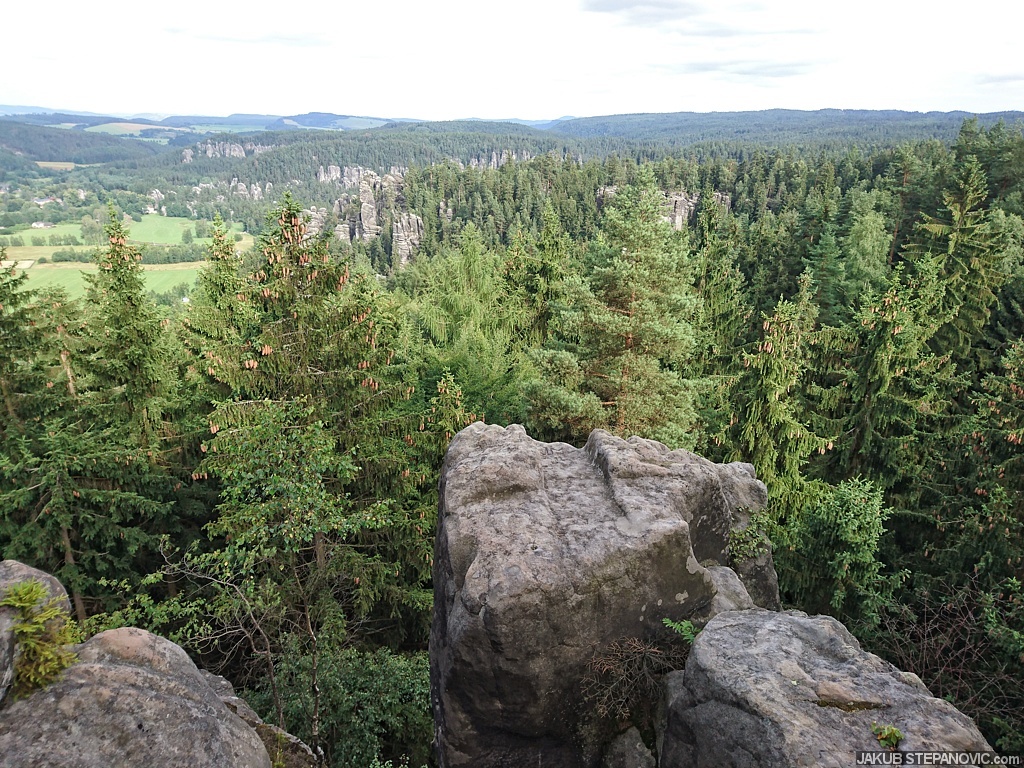 This was all brilliant, but it would be a shame to skip the reason for the meeting: highlines. So that’s how I spent the next day – unfortunately only as a spectator. 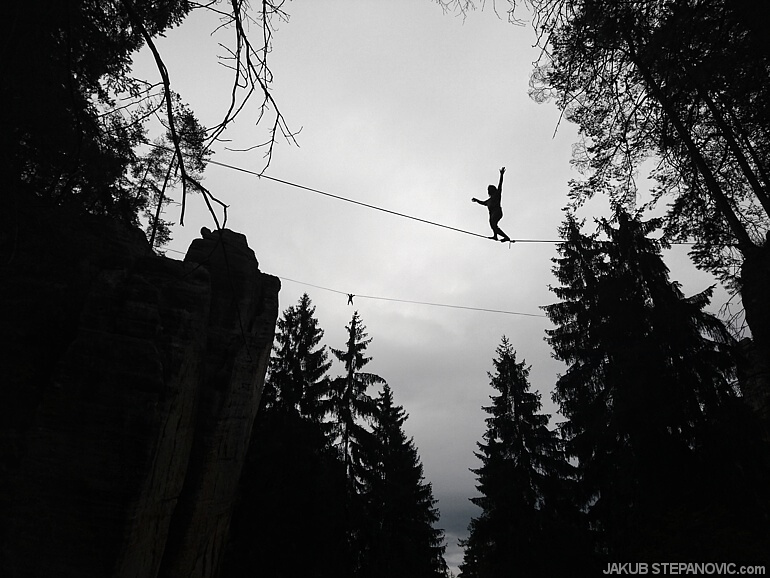 I can’t wait to have my knee healed, so I can join all this greatness again. It’s getting there! 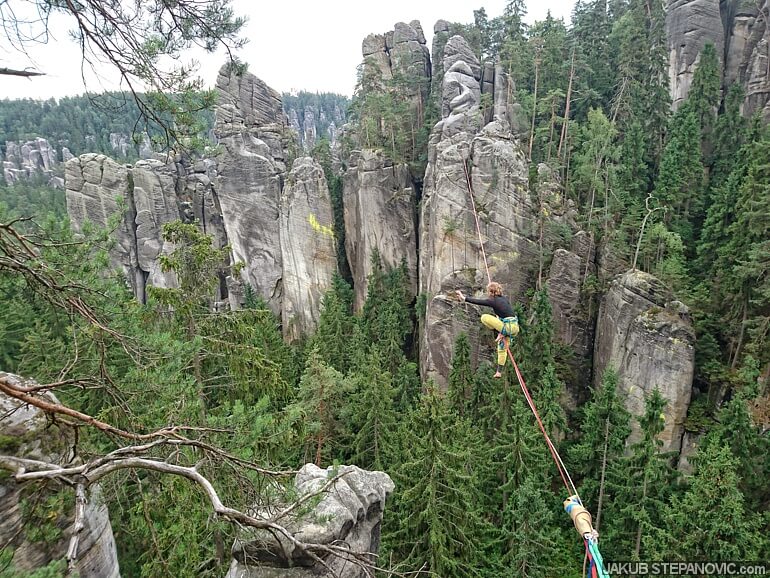 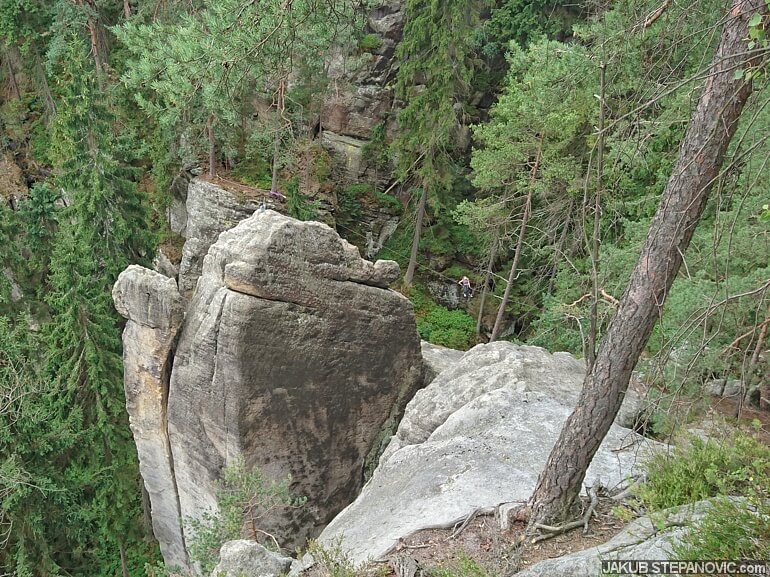 Fun stuff all day long. Thanks to all involved. 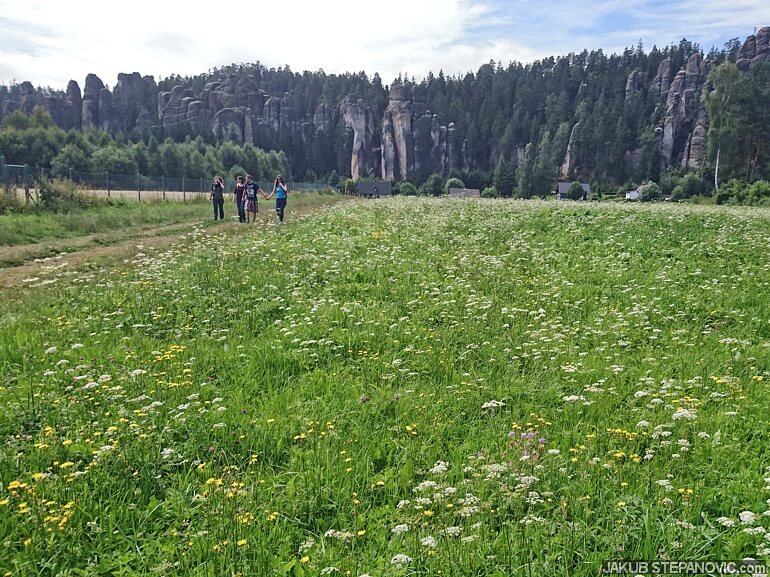 If you liked this post, you can browse my other articles featuring slackline, or Adrspach. Alternatively, see my blog archives for more categories and topics. Thanks for reading!