How I went out expecting a waterfall, but I discovered much more than that.

I wanted to go to the Jizera Mountains, but I had no exact spot in mind. So I opened a map and looked for someplace where I hadn't been before. Soon I found a valley with a waterfall marked in. I haven't even heard about this one! "All right, let's do a hike there and photograph water with motion blur," I thought and went to find my dusted tripod. Lately, I prefer going out lightweight as possible; but from time to time, a change is good.

The valley is a nature reserve called Jedlovy Dul ("fir-tree mine" in English). Once there, I found it to be really pretty, and the trail is not difficult. I have no idea why it isn't more known, but I didn't complain about the fact that there was nobody else around. 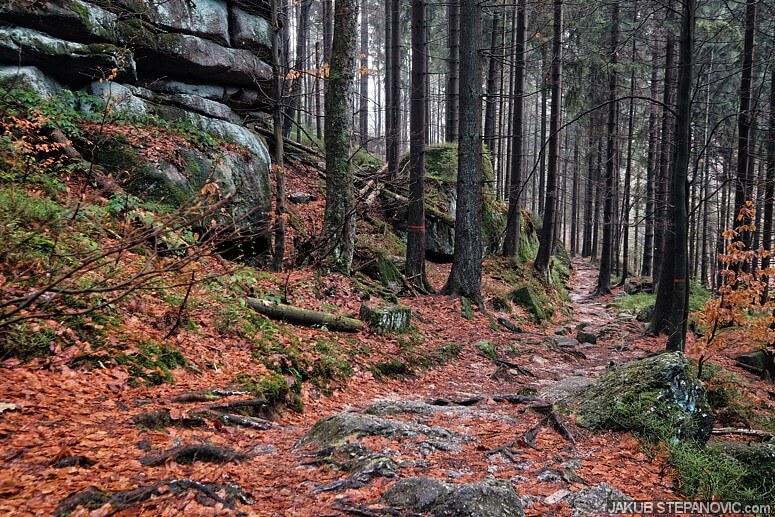 It turned out to be a place with neat, mixed forest; and the stream, of course.. 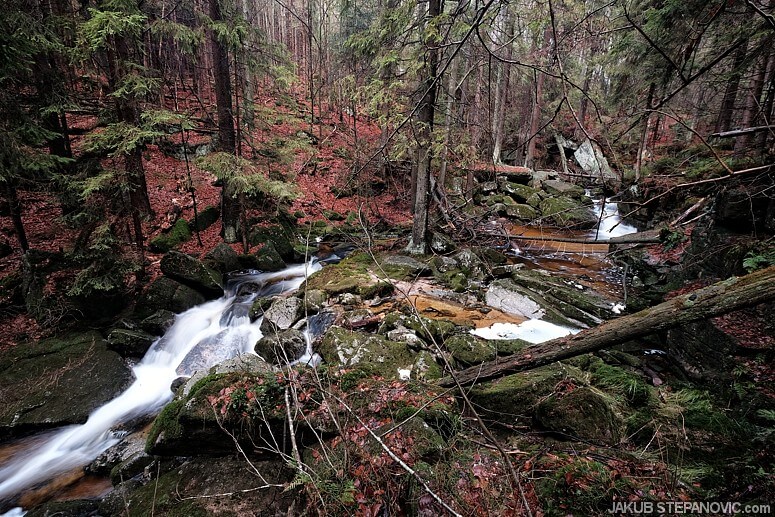 ..which offered many photogenic rapids. 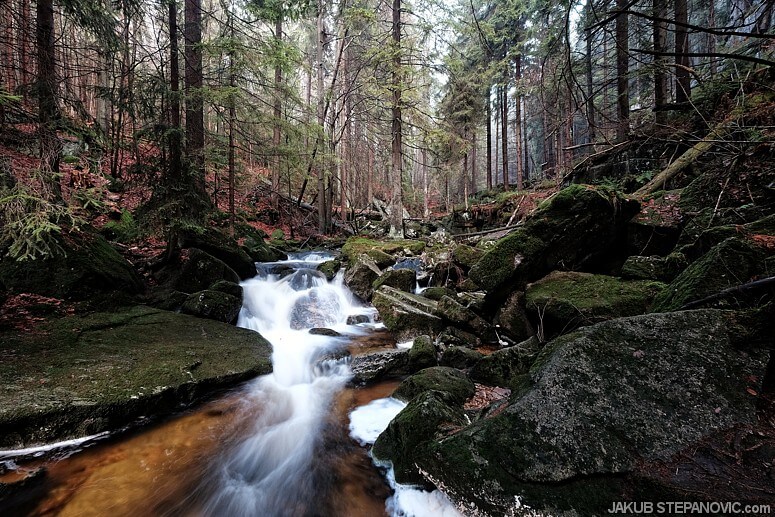 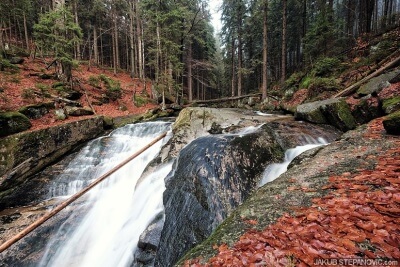 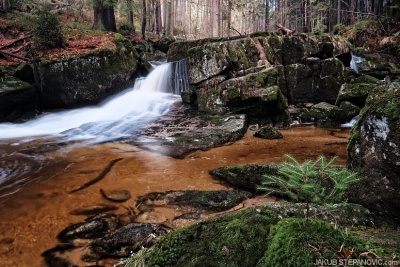 The river uncovers many neat granite rocks, a few of which can be seen in the woods, too. 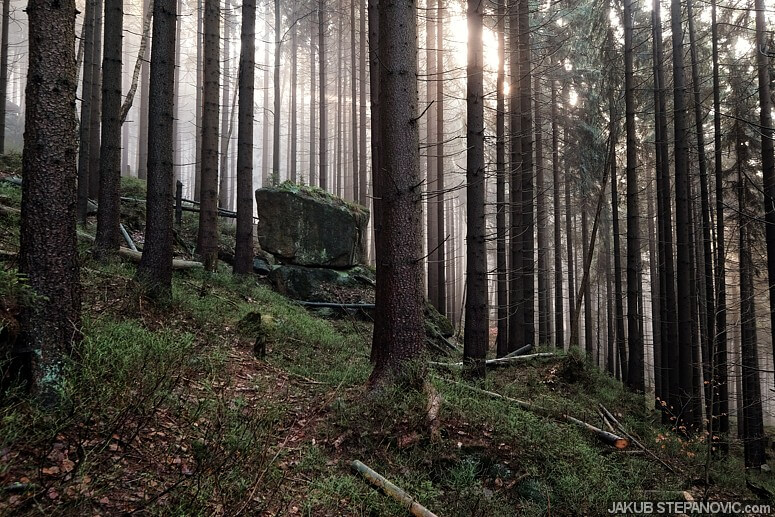 Usually, it is just a single stone or two, except this bigger formation: 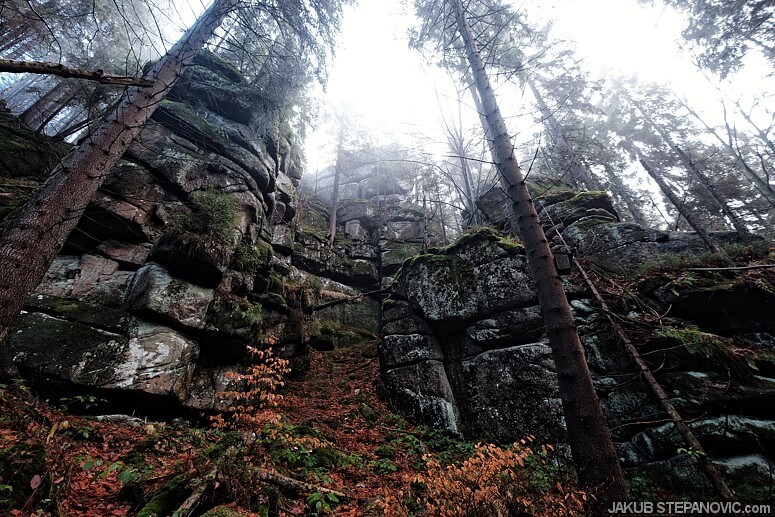 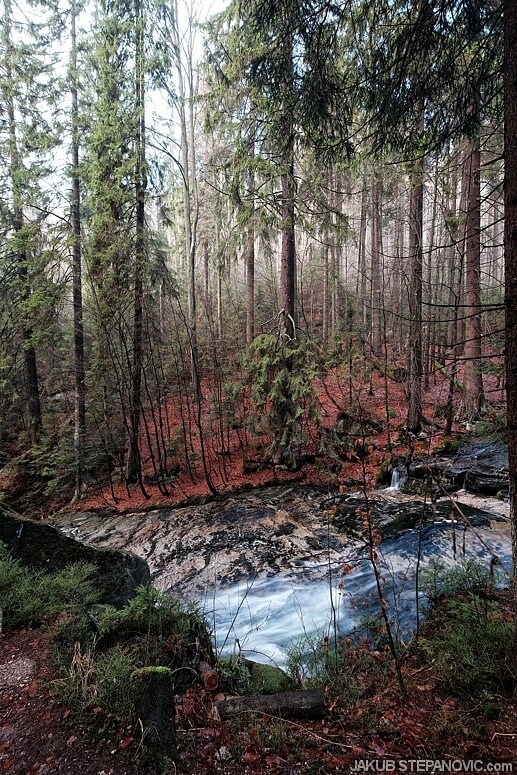 Following the trail higher and higher… 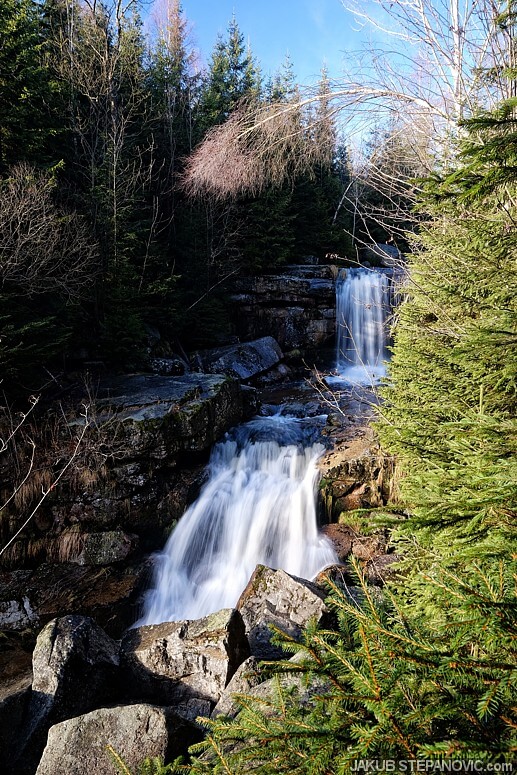 soon I arrived at the main falls.

It was heavy inversion when I left home; dense grey clouds were all over the place. However, the falls were at the exact elevation where the inversion ended. While there were still bits of mysterious fog laying around, there were also some sun rays to brighten it. 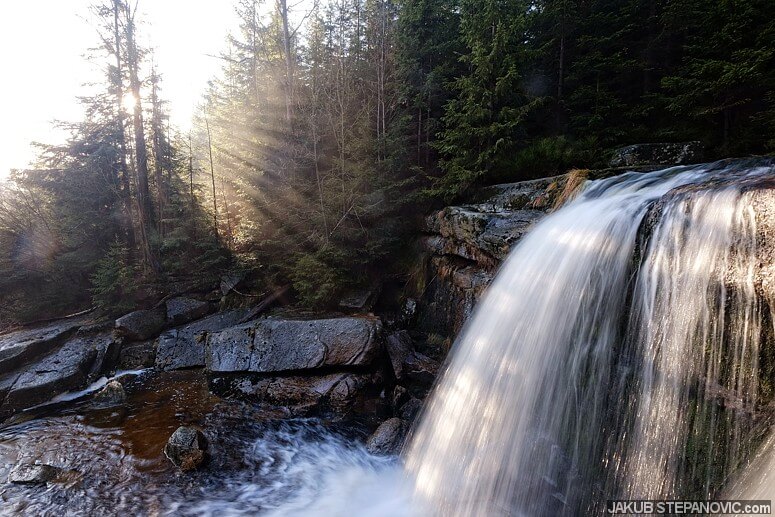 The clouds were in constant change, causing a fantastic show. One could stare at one spot, and it would change every second. It was like watching exciting television but enhanced with the fragrant smell of fresh mountain air. 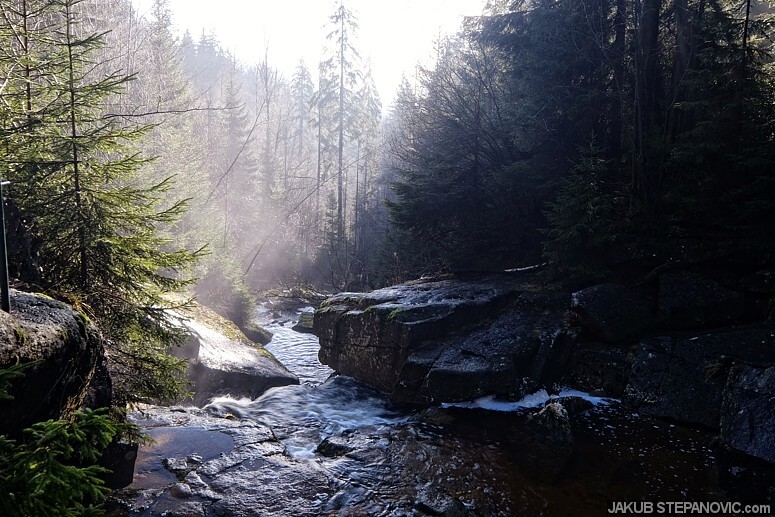 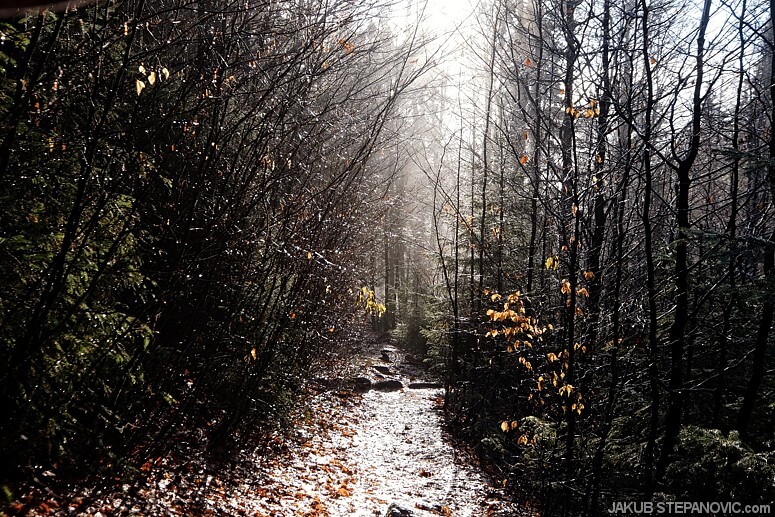 Some say that winter isn't as colorful as other seasons. Today, nature worked hard to dismiss such a claim. The deeper into the forest I got, the more stunning the light was. 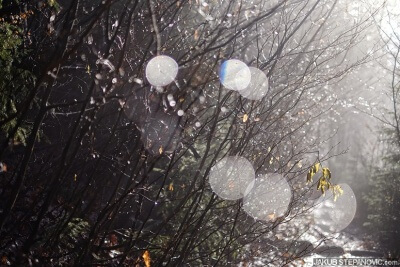 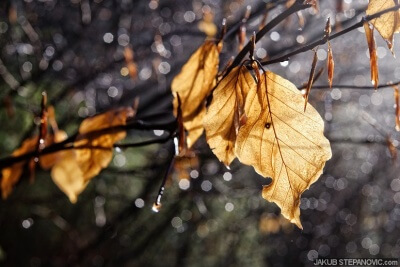 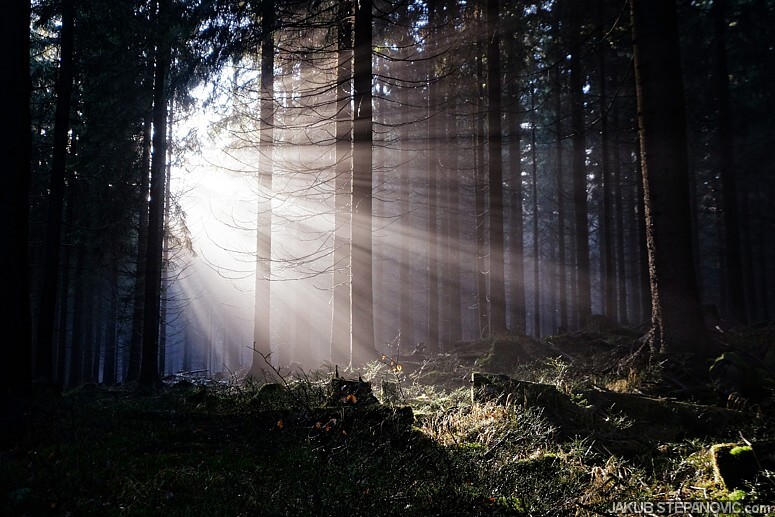 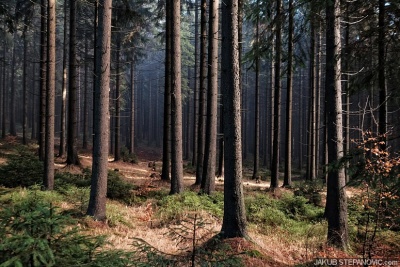 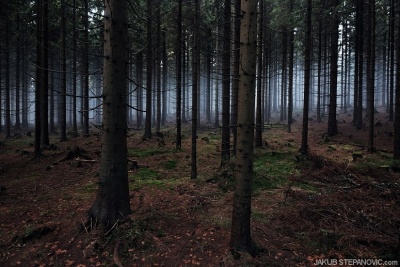 I took a different route down — an old forest road, also with nobody around. 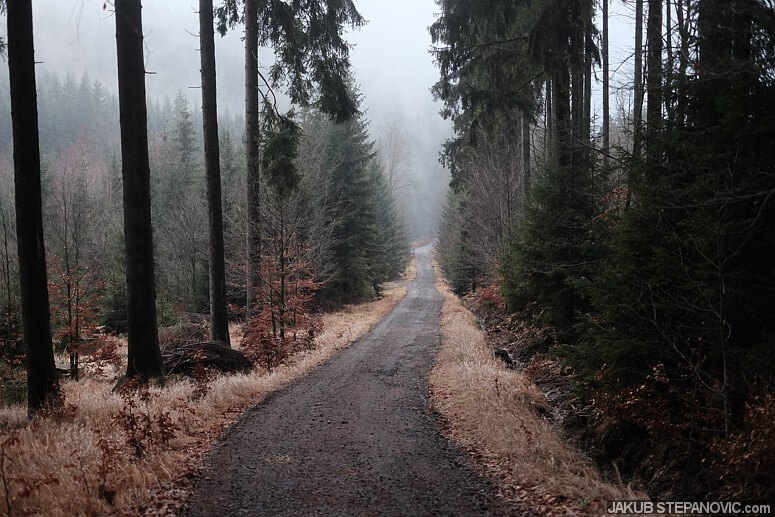 This way went faster and offered different but no less pretty scenes. As per the whole day, everything just worked well. Nature won't stop to amaze me.

Wow!! These are gorgeous Jakub!! So talented.