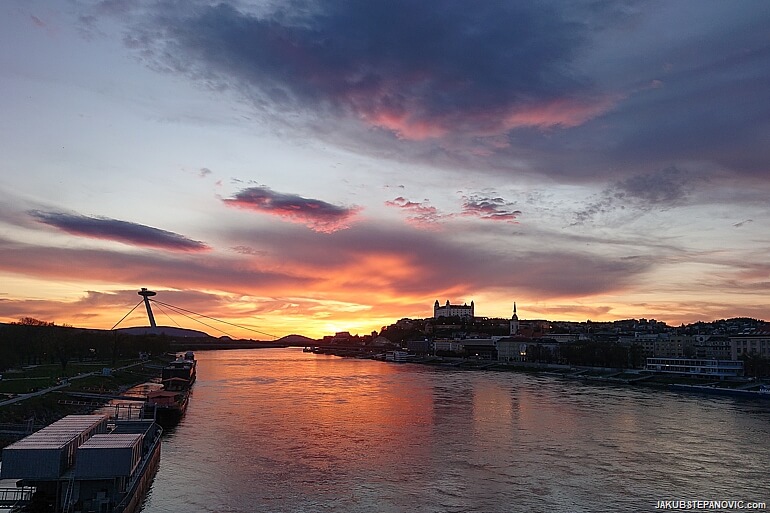 Experiencing Bratislava through the eyes of a local, an expat, and a biker.

After a brief introduction to the city, here are some findings of how it is to live here. First, the local bit: By the chance of birth, I understand the Slovak language and get my message across. However, as I never stayed here besides a few vacation visits, the local view doesn't go very far (yet). And so, I found myself battling with some of the local realities like a proper stranger. The weather, for example:

In the Scottish lowlands, you get somewhat consistent weather all year round. It never gets too hot, nor too cold. There are no surprises, maybe asides from the wind. On the other hand, the weather in Bratislava can be just downright silly. As the spring began, we had days reaching nearly 30C (85f). I got my swimsuit ready, but hey, it was freezing a day later. 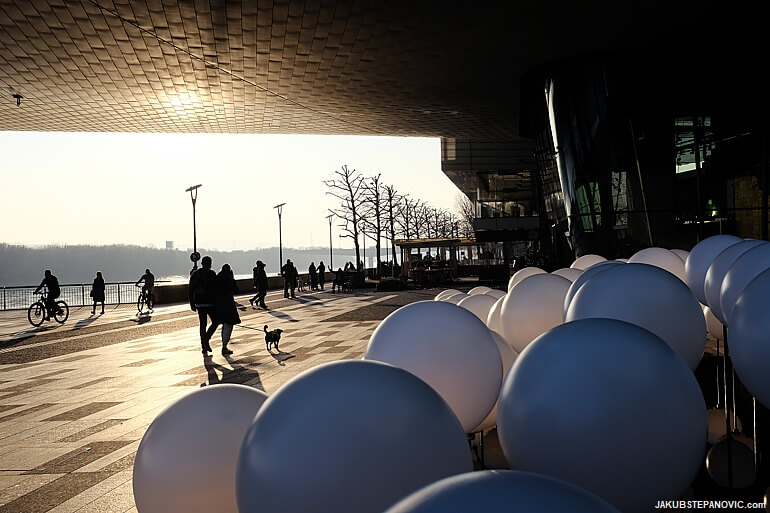 As if the people were mice and the weather was a cat, messing with the folks for the fun of it. Slowly, I am getting used to this, but nearly every day of my first month here, I felt like an incompetent five-year-old who doesn't know what to wear. 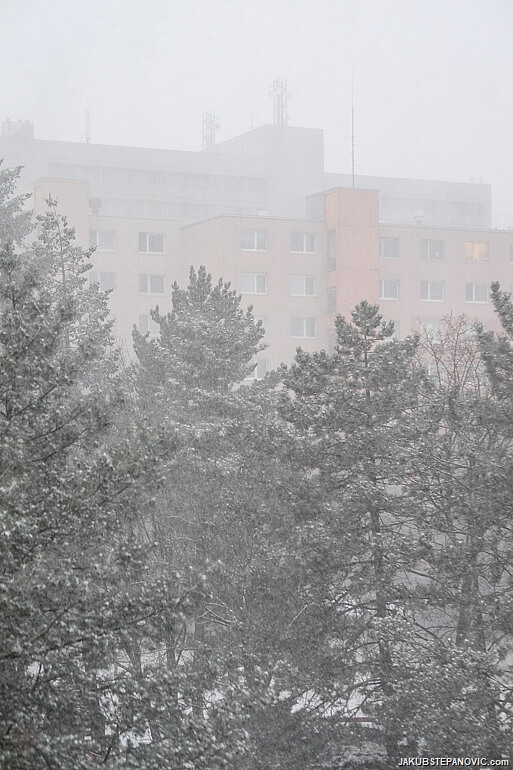 You look from the window; it is sunny. You get outside, and it is snowing. Provocateur!

Another task that brought awkward moments was grocery shopping. Usually, I take a portable basket instead of the trolleys. Alas, on multiple occasions, there were no baskets available when I got to the store. No worries, get a trolley, right? Well... In the US and the UK stores where I used to shop, you grab your trolley, and off you go. Here, the shopping carts are chained, and you need to unlock them by inserting a coin inside. Then, once you are done with shopping, you return the trolley to the stands, and it gives you your coin back. Easy-peasy, unless you are like me, getting rid of all coins in those self-checkout machines to keep your wallet lighter. Then, I am left to bang my head to those trolleys as I can't unlock them, perhaps in the hope that the thing will break loose, or I get enlightened and won't forget to keep some change next time.

On the positive side, as someone who isn't familiar with the city, I enjoy exploring it. 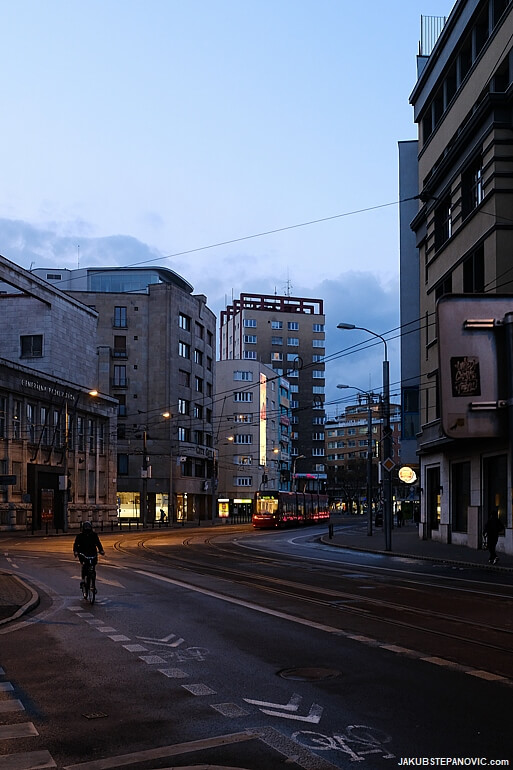 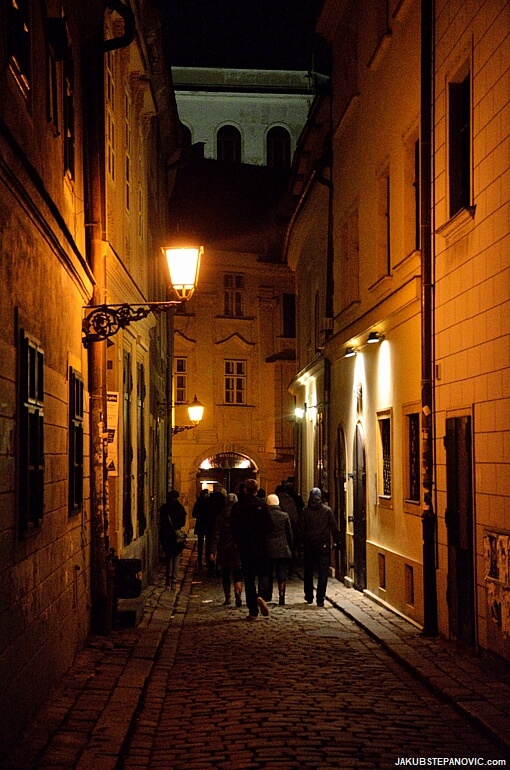 Sightseeing the streets of downtown and the suburbs come in handy since meeting new people and visiting the indoors is hindered by the pandemic. 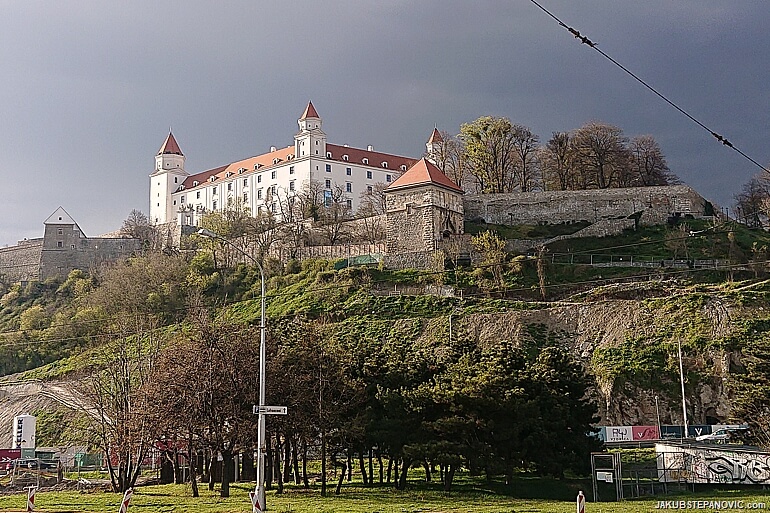 I must say, Bratislava is beautiful! It surpassed my expectations by a long shot. Apart from some interesting architecture, I like its geographical settings. There are flatlands, hills, and a river that goes through it. 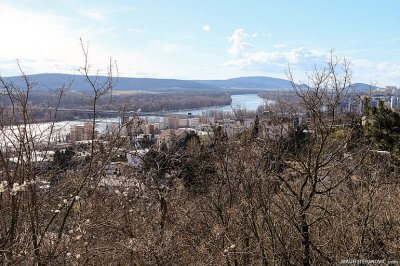 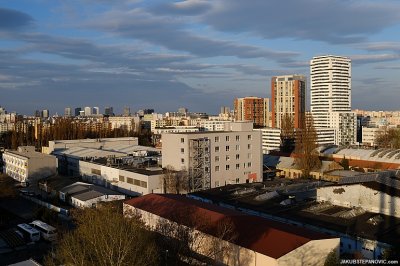 Such disposition opens arrays of possibilities for an active lifestyle. 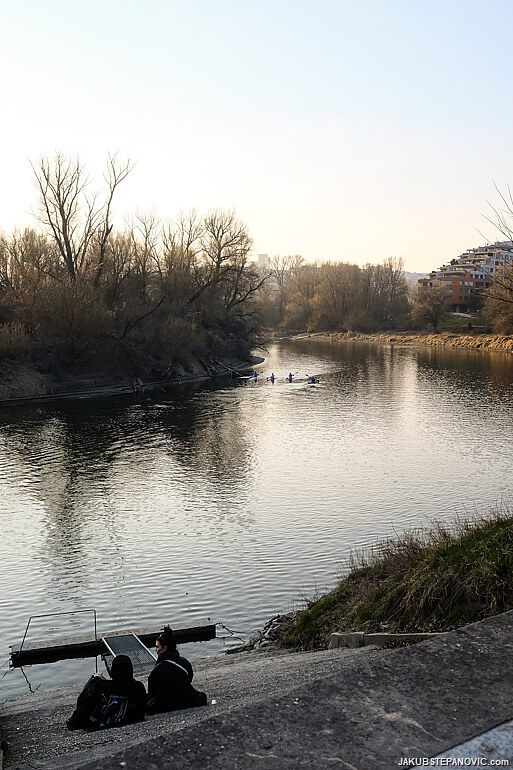 Evening kayaking on the Danube.

I already hinted at which outdoor activity I am going to focus on in this post..

Biking excitement in Bratislava runs high. One of the first things I noticed in the city were countless billboards advertising bikes. They meant that there must be a huge market for bikes, and therefore a strong cycling community. Yey! 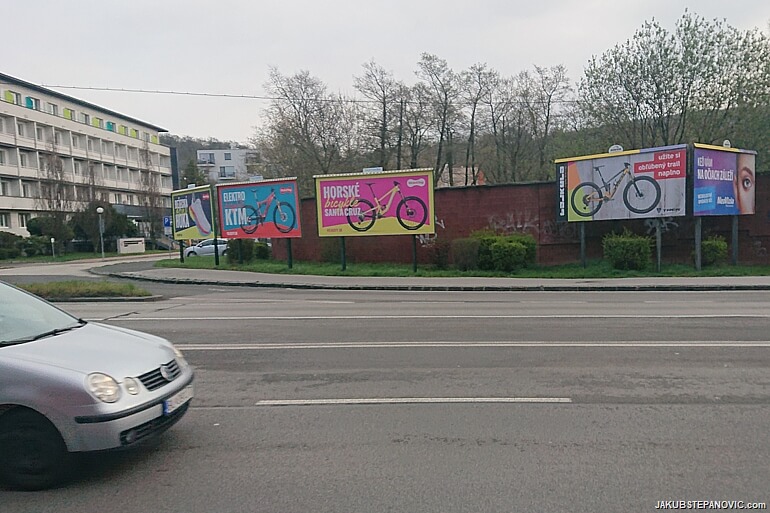 Ads like these are everywhere. Interestingly, each of the pictured bikes sells for well over $1,000.

I brought my bike with me; however, Bratislava has also the same convenient bike-sharing scheme that I loved in China. 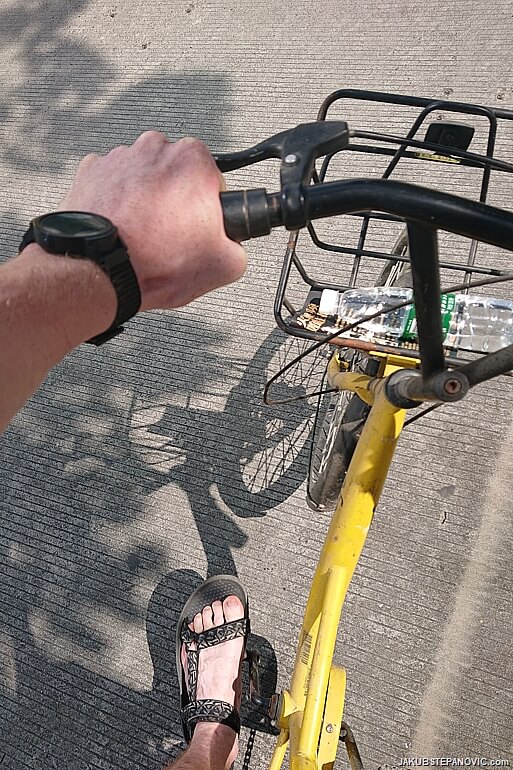 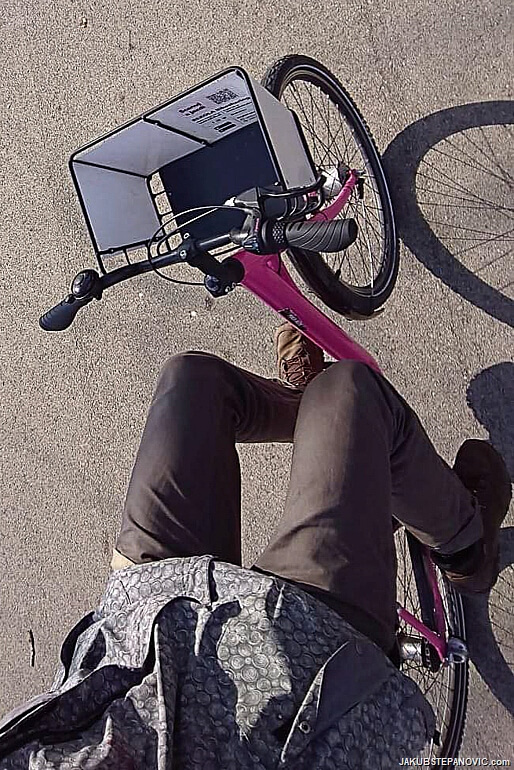 The difference is that the Chinese bikes had finger-operated rear brakes but no visibility features, whereas the ones in Slovakia have coaster brakes but front and rear lights as well as reflectors on the sides. So, while you lose some confidence by worse bike-handling, you gain it by being seen on the streets at night. The rental bikes are fab for commuting, but it isn't where the real fun is. For me, that would be in the hills.

Bratislava has its bike park, so naturally, that was one of the first places I went to. I didn't learn about the routes beforehand, and I ended on a black run. I like natural singletracks that allow playing with some degree of rough terrain, and the first half of the trail was just that, conjuring up a smile on my face. 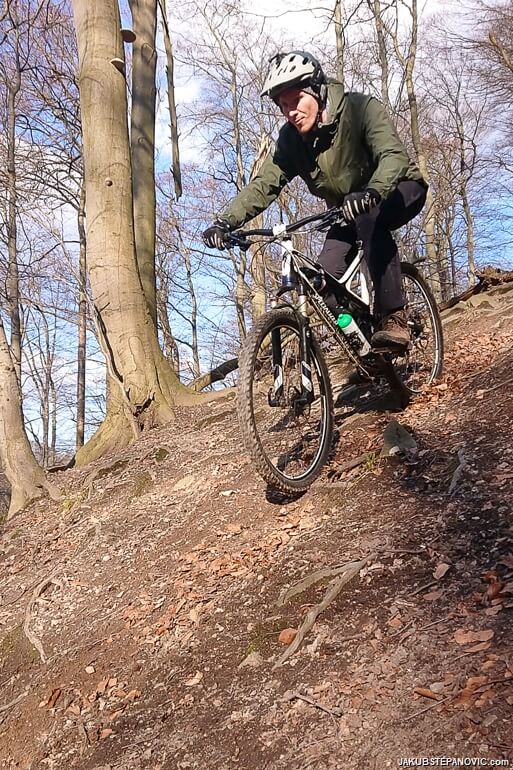 However, the lovely rock garden was getting steeper and steeper, and in no time, I felt like I went off a rock-climbing location. It became a challenging workout for both my technical abilities and physical strength, and the place quickly reminded me that I am not one of the Athertons siblings by a long shot. Finally, there was a section where I had to ditch all my dignity and walk a few altitude meters down. Pffff. One thing was clear, though: if I want to improve my riding, Bratislava has me covered.

Cool MTB trails aren't the only gem to be found in the local hills. The other day I went biking and stumbled on a substantial fence from the cold-war era. 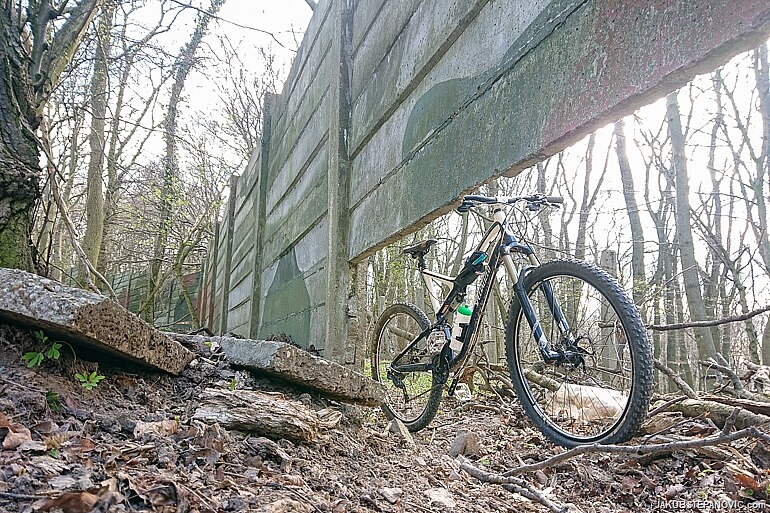 As the wall has its best years gone, I had a look at what's behind, and there's an abandoned anti-aircraft missile base. All right then. 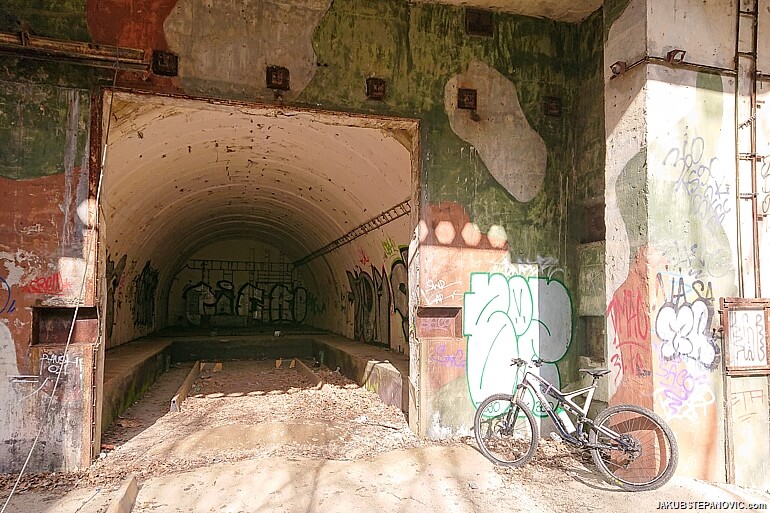 After the Eastern Bloc disintegration, the place fell into ruins. Still, browsing empty concrete skeletons of a facility that once stocked the S-125m/SA-3 GOA surface-to-air missiles isn't a dull experience, I'd say. Mainly if you come on a bike! 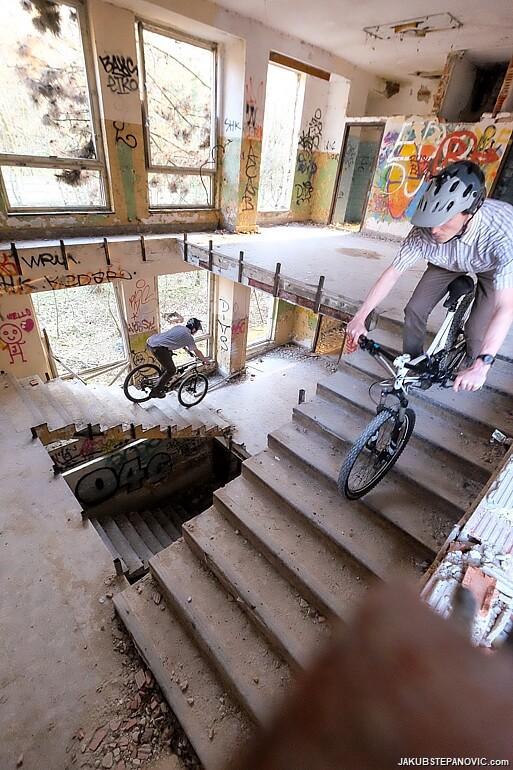 There's much more to be seen on the hills around the city. That will be another post, tho.

Edit 5/23: It is already online, see the Little Carpathians.

If you enjoyed this article, visit my Blog Archives to explore other ones by categories and topics. To stay in touch, follow my Ig, Fb, or Tr accounts. Thanks for reading!