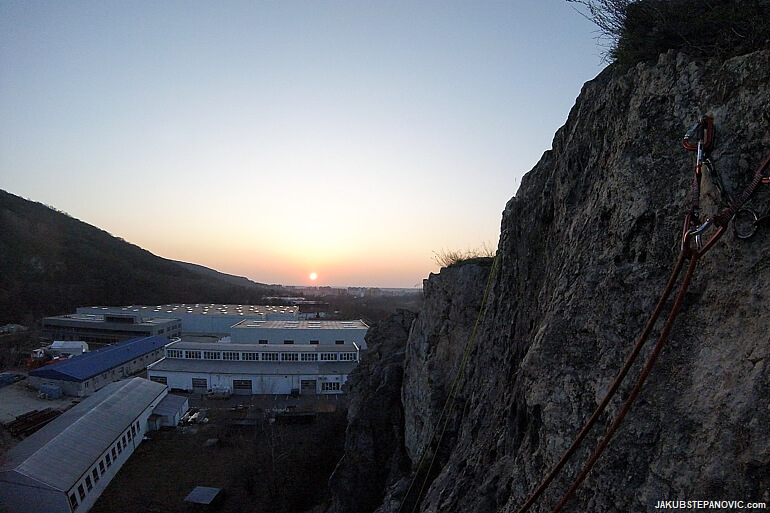 How I got back to rock climbing, after years of a hiatus.

Not too far from where I lived as a kid is a location known as a "rocky city," which has loads of incredible sandstone towers. With a bit of imagination, they rise above the trees around like skyscrapers above suburbs. Alongside its visual and geological goodness, it is also a popular rock climbing area. 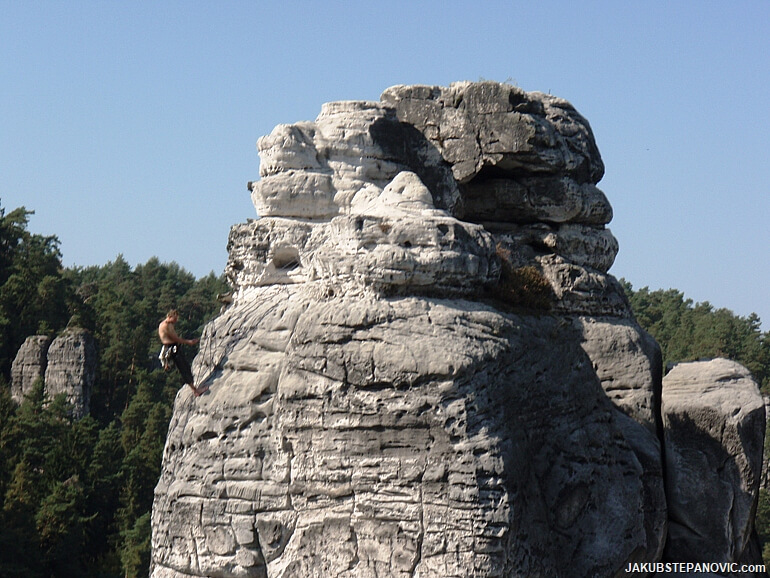 A decades-old summer view from a similar tower like the one pictured.

Thanks to a family friend who was passionate about climbing, I got to try it as well. Here are a few old photos I captured back then. 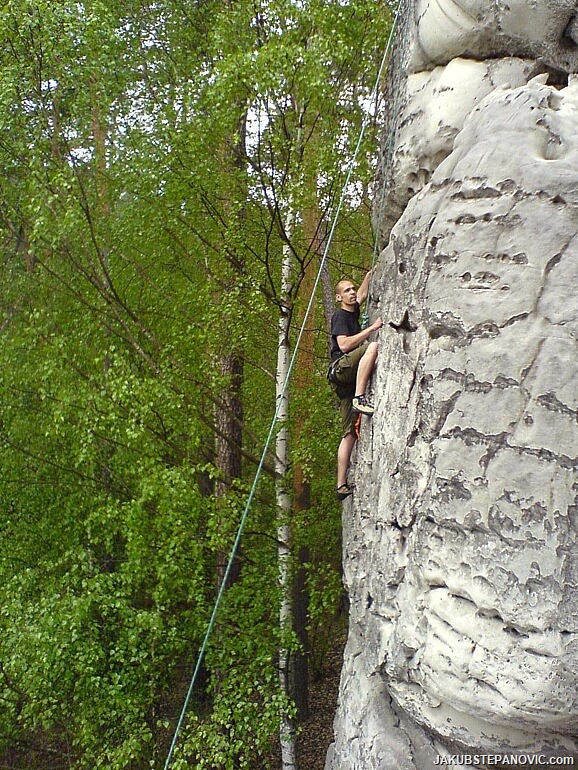 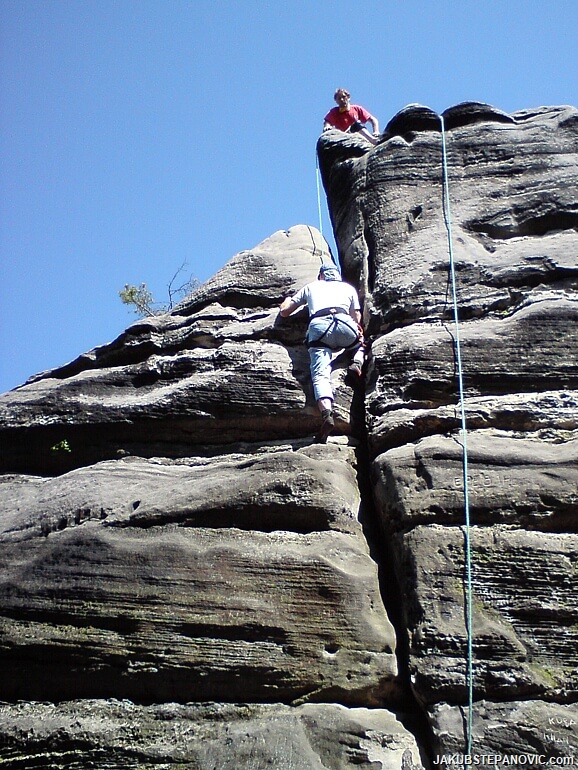 It wasn't hard to convince me about the cool factor of the activity. One was outside in nature, got to do exercise, saw some beautiful views that couldn't be experienced otherwise (those were the pre-drone days..), and the thrill from heights was also easy to be fond of.

While I enjoyed it, I didn't get to do it frequently. I needed a belayer's companion to scale the walls, and other than that family friend with limited availability, I didn't know anyone who would be willing to join me regularly. I solved this issue by discovering the charm of urban climbing, which I could do myself. Eventually, I found some community there, and I didn't care much about the rocks for a while. That's a different story, tho... 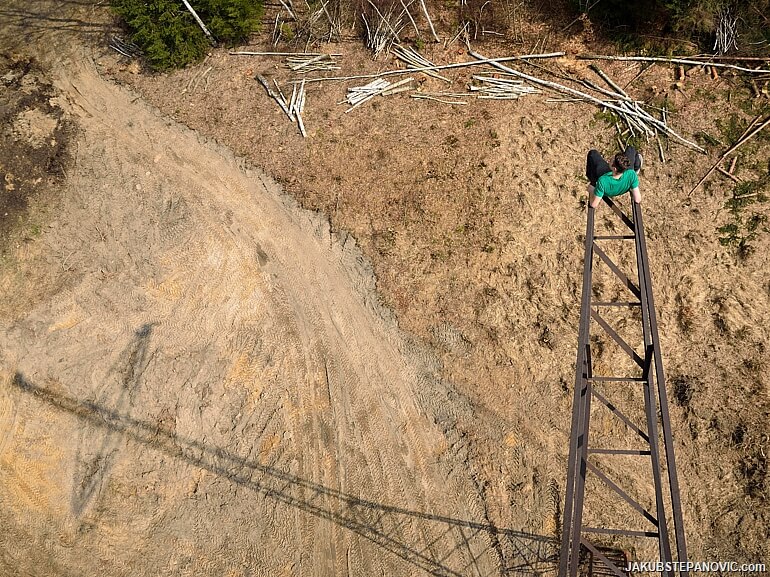 Many years (and addresses) later, I met good people in Scotland who happened to be climbing enthusiasts, and I liked the idea of brushing up climbing on rocks. Sadly, by that time, I had completely trashed my shoulder. I dislocated it during my stay in the US, and while they popped it back in, it cost an absolute fortune. I couldn't afford any physio then, and the shoulder got progressively worse. I got to talk to some therapist about it later, but the suggested exercise didn't do much good. I dislocated the shoulder every other time I attended any sport, including the few attempts at climbing I did with new Scottish friends.

Regardless of how many times one dislocate their shoulder, it is painful as hell each time, so I became hesitant to do any activity involving arms. No matter, it was getting worse. At the point when I dislocated the shoulder when I sneezed, I signed up for surgery. That's when, surprisingly, things started to improve. During the pre-check exam, a doctor told me to wait. "I will get you back on the rocks without surgery," he said confidently. I was sceptical but started with his exercises. Before I went for the next check-up, I dislocated the shoulder again, which caused the doctor to lose some of his optimism.

However, I was amazed that from multiple dislocations per week, I had just two per month. Given the significant improvement, I insisted on keeping on trying, and the doctor provided me with additional exercises to do. Corona-times got my physio cancelled, but I kept on with the tasks, and miraculously, the shoulder stayed where it belongs ever since. It's been over a year now, and as I moved to Bratislava with a conveniently warmer climate and plenty of pretty rocks around... the time has come. Woo-hoo, I climbed again! 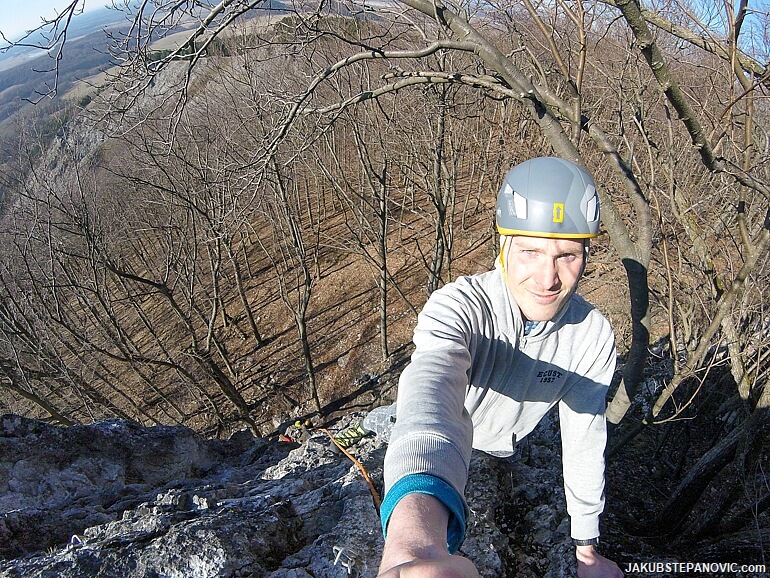 It was interesting, after such a long break. Besides faded physical strength, my ability to deal with heights also somewhat dropped. Thankfully, I feel both coming back. So good! 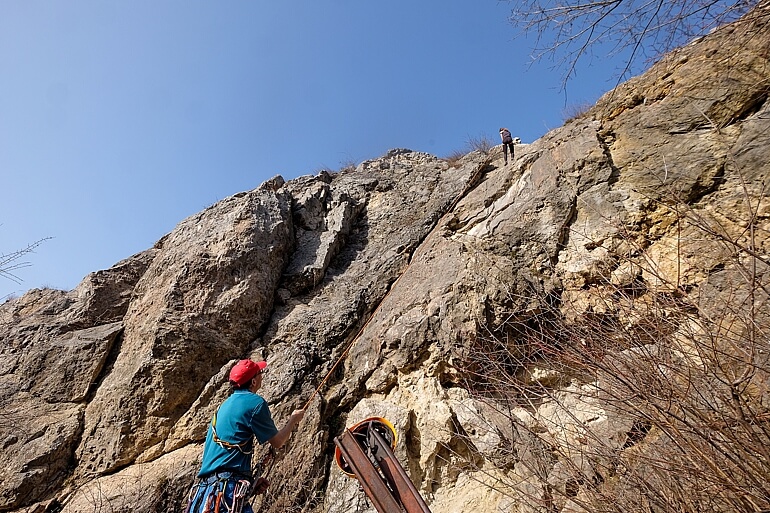 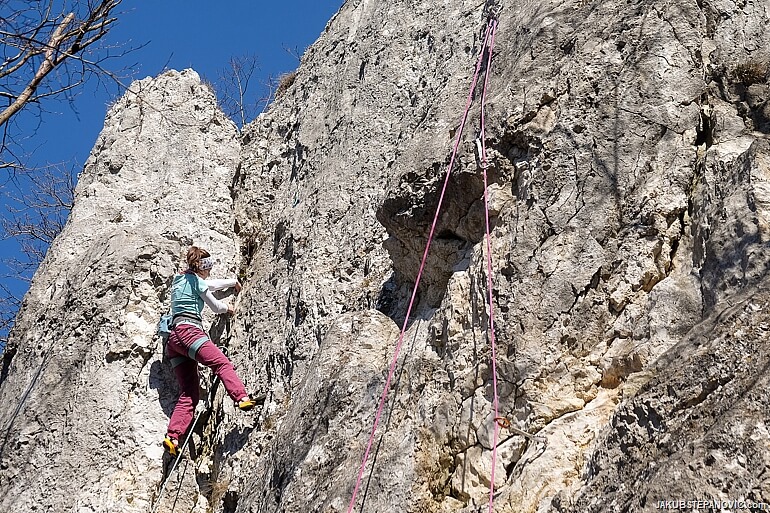 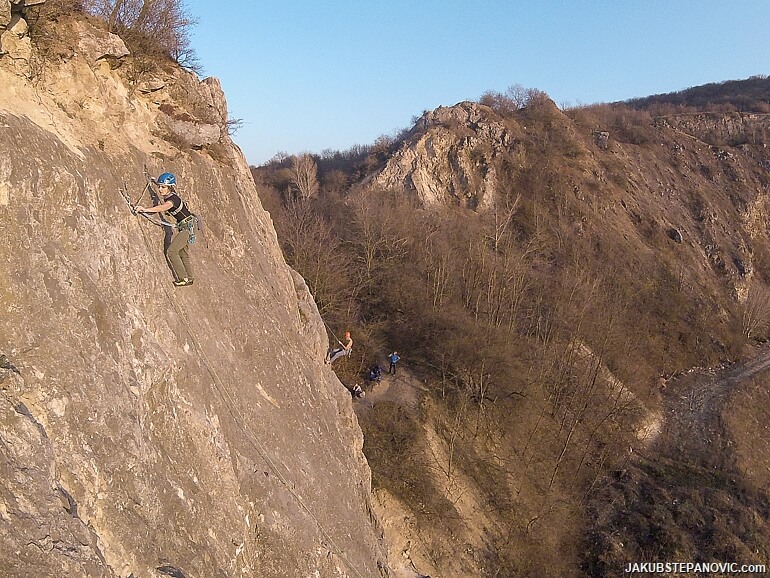 After a year when most things didn't go as planned, having something like this to work out is wonderful. Many thanks to Mirko, who took me out in Bratislava and Duncan, the magician from the NHS Scotland. I am forever grateful. Onwards and upwards!