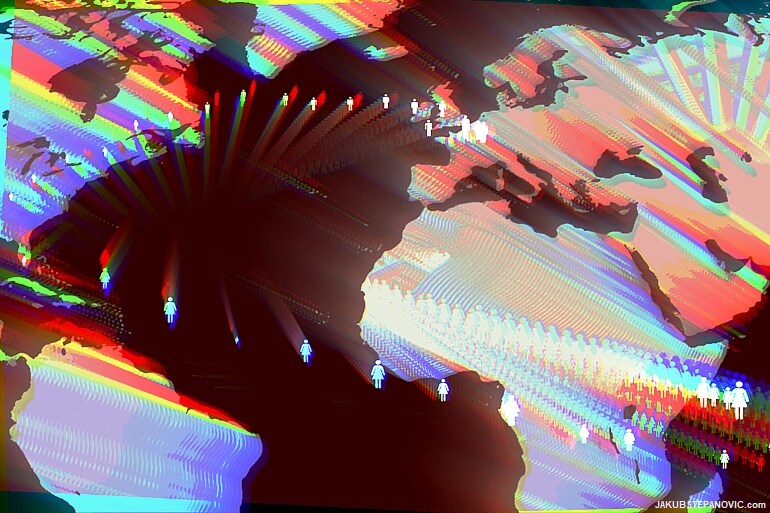 The journey of finding a home. How hard can it be?

I used to care less, but recently, I feel the value of having a home more and more. My issue is that establishing this base somewhere, committing to it, and being allowed to do so turned out to be rather a difficult task.

I didn't feel at home in the country where I grew up, so I set off to experience different ones, and I have been on the road since 2012. I have been on my own through these years, working, studying, and paying my bills. During my travels, I found that the feeling of home is affected by the following three main categories – at least for myself:

As long as you have two categories sorted – with the people being one of them, you can be a happy person. But at the same time, if you are moving already, why not nail all three, or at least reach two and a half?

I found that a beautiful environment is pretty much everywhere; that was easy. The second area, people, can be more tricky – in different places, people look and, more importantly, behave differently. One has to figure out what works best for them, but in the end, good people can be found everywhere too. Then there's the government category, where the real challenge is.

A piece of cake, one would think. You find a country that you like, move there, settle down, become productive for the local community, and everyone's happy. In a fairy tale, maybe. Our world, however, is not working this way. First, after you find a country with rules and regulations that you like, you need to research how you can legally enter the country, as that itself can be an issue. Then, when you finally get in, you often face the problem: many gov'ts say something and then act differently.

Let's begin with the United States, a country with some stunning landscapes and a country that gave me the best sense of community I have had so far. Sadly, their administration didn't reflect the welcoming atmosphere I experienced with the locals, and while some politicians said, "We want productive people to come," their policies contradicted such an approach. Due to their tangled double-standard immigration laws, I was left with no choice but to leave. 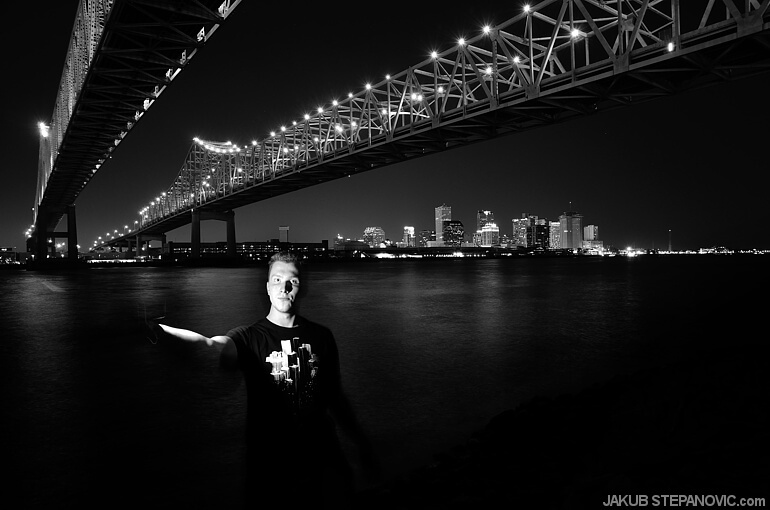 It is not just me. Earlier this year, Yemen's first journalist to win a Pulitzer Prize, Maad al-Zekri, was denied entry to the US to receive the prize in person because he's from a "wrong country." Recently, I read stories about musicians being turned away from the US due to that visa mess. The cases aren't rare and not only work-related: the number of int'l students coming to the US has been declining over the last few years, and the recent 75% increase in the fees attached to the Student and Exchange Visitor Program ain't gonna improve it.

Looking at some single transactions circling around other sectors, like the recent US-Saudi trades with guns, the situation becomes clear: Education, journalism, or music simply cannot compete in short-term profit margin – which is what politicians with short election cycles aim for. It's understandable since whoever is going to take the office after them will likely cancel everything they did. That's not just the US; most countries I visited have the same problem. Building something in the long run is not fashionable.

One country where I did not experience such an approach is China. Once they get a project running, they are likely to get something out of it – even if it will be 10 or 15 years. That is one reason why China has been taking the lead in many fields recently; some good stuff just takes time.

China is another fascinating country. They have some outstanding natural areas and plenty of wonderful people. When the Chinese government talks, it sounds nice too, as they promote values in many fields that I appreciate, like education, internalization, ecology, communication, social relations, and hard work. However, there's a kicker: It seems like the Chinese government is a champion of that "say something, then act differently" attitude:

Starting with education – China is, indeed, putting loads of funds into universities, and it shows. But at the same time, they block access to Wikipedia, the world's largest encyclopedia, and plenty of other online learning sources. You can't objectively support education when you actively suspend access to it from your people. 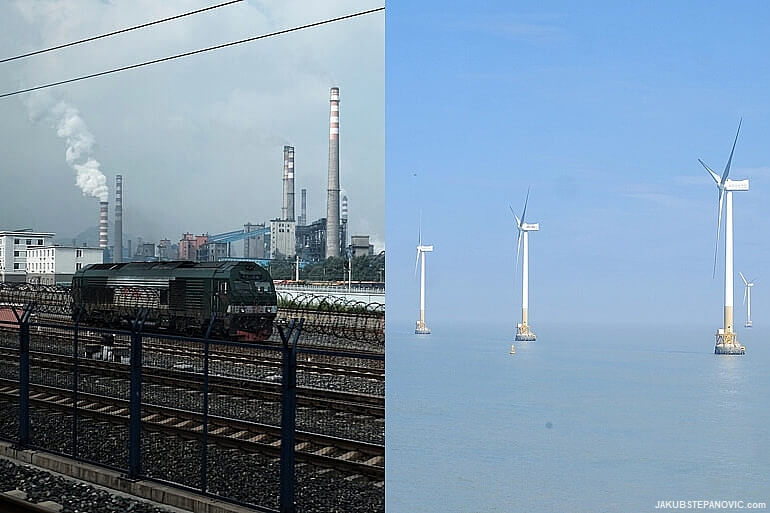 Their investment in ecology is a similar story.

And the same goes for communication. Say, you want to send a message to your friend by the service of your choice – too bad. Gmail, Messenger, WhatsApp, and many others are unavailable in China unless you connect through a loophole into a different country. The flow of information is so restricted; it is mind-boggling. Even this website is blocked (and it was a long time before I wrote any articles about China). Interestingly, while western social networks are blocked for ordinary Internet users, they are used by the government-owned media corporations to promote their stories. So then you see paid posts on Twitter, how China's good, and outlets such as the BBC and the NY Times are "Fake News." Speaking of news, every time I saw national TV talking about the western people, they screened footage of fat people in fast food. And if they spoke of western governments, oh, it was a rather sad picture too. China promotes being humble and accepting, and claims to be open-minded to different cultures and beliefs. But it is hard to feel it when they show a news broadcast packed with negative stereotypes about other countries, and finish by highlighting their nation's superiority.

It is a shame – I see tremendous potential in China, and in many ways, the western countries could learn from it. But as a place to live, it is just not there yet.

Years passed, and after a few other stops, such as my unsuccessful attempt to live in the Netherlands, I eventually ended in Scotland – where I am based at the moment. Since I am an EEA citizen, the local government doesn't require me to have visas. They don't judge me for my race or accent, and they don't discriminate by gender or faith. Instead, If people contribute with some skills and knowledge, they are treated well. Scotland has excellent laws regarding land-use, so that one can hike or cycle across its gorgeous mountains without worries. Their education is class, and local museums are accessible free of charge... For once, it is fantastic. 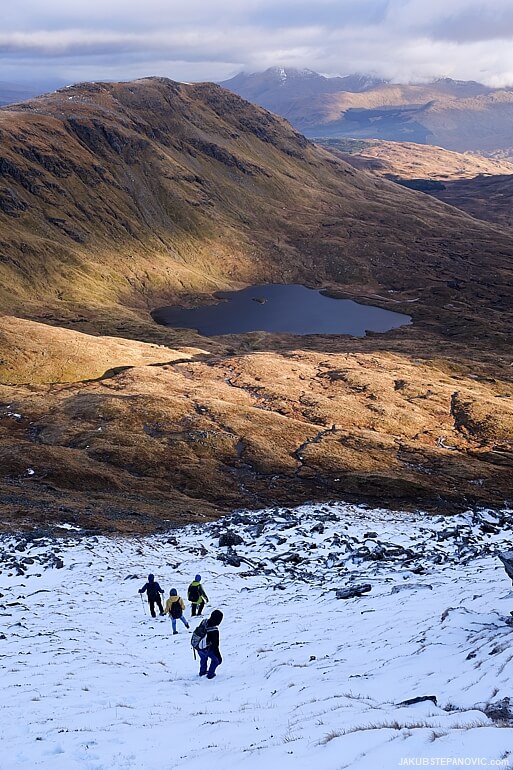 Exercising the Scottish right to roam.

This situation, unfortunately, can change rather quickly. As it happened, plenty of people in the United Kingdom, which Scotland is (still) a part of, think that immigration is a source of misery to their country. Similar to what I experienced in the US, many find it easier to blame immigration instead of sorting their own wealth redistribution problems, violence issues, or unemployment figures. It seems like a common scheme: many people look at the passport color rather than the holders' merits, just as they vote for politicians based on their party rather than agenda. Back to my issue, thanks to the people in England, the UK is leaving the European Union, and the fate of the EU residents is uncertain. I am having my fingers crossed that the UK won't screw up; however, at this point, nobody knows what will happen with immigration laws in the long run. So I've been looking at other potential places to move, once again, beyond the EEA. And that's when the idea for this article originated, as the real problem is, for an average human being, going beyond the boundary of the zone you have your citizenship is often a massive headache. The issues with visas I had in the US are present in many countries.

The piles of paperwork for visas are for "safety reasons," governments say. But lately, I can't get rid of a feeling that it is just one heck of a business – Here we go again. It is no secret; citizenship is a valuable commodity to the market. It comes with a set of privileges, but unless you are born in "your ideal country," it also comes with a hefty price tag. That said, if a person's rich, things go like a dream. Money can buy the easiest and the fastest way to obtain visas into any country. Some of them are even bold about it, not trying to hide it. The other day I browsed a magazine, and there was good-sized advertising selling citizenship: 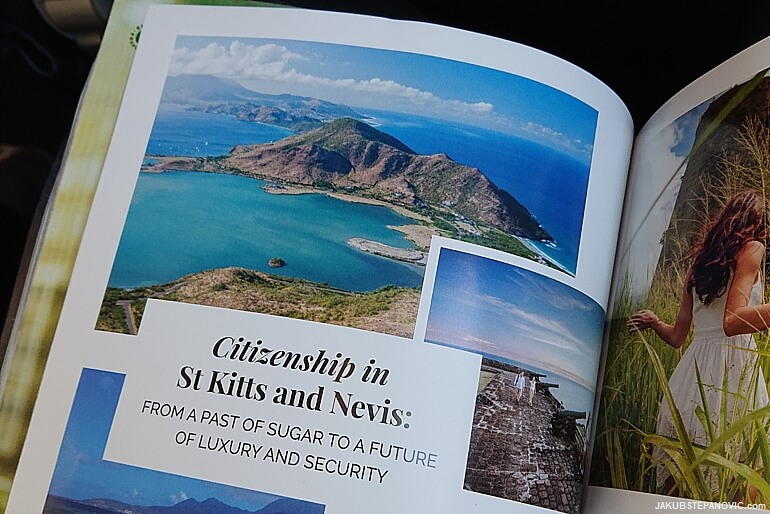 Let's talk numbers. Say, you weren't born in the EEA, but money isn't an issue, and you want to live in the United Kingdom – there's the Investor Visa for you. To get Tier 1, you currently need £2 million to invest and some £2K in gov and insurance fees. Then, after five years, you can apply to settle, and the job is done. Or, you invest £10 million, and you can apply just after two years. You should get the decision within three weeks, but don't worry, you can pay an extra £500 and get it in five days. Digits like this make an average person's head spin. Yet, the number of applications is on the rise – the Office of National Statistics reported that this year had the largest number of applications since 2014.

The USA is "more affordable." You need between $500,000 to $1 million, depending on the area you want to invest, and some $4K in fees. However, that will change by the end of this year, as the US Department of Homeland Security announced that the price would hike to $900,000 – $1.8m this November. Still, As long as that will create 10+ jobs, you can apply for a green card, and after ~two years, you can have legal residency. Any other visas take many more years and effort.

It makes me think, is living in your desired place luxury, like owning a Rolls Royce? Or is the freedom to move a fundamental right that one should strive for, like when people rightfully demand to be treated equally, regardless of their skin color?

I see challenges in life as an opportunity for people to improve themselves. If everything were too easy for us, we wouldn't become any better – and what would be the point of such life..? Therefore, I feel like figuring out how to navigate this world is just one of the quests that I need to get through. Perhaps, one day I will find my close-to-perfect place. Or maybe, it's me who needs to change, to find a home. What do I know? And so, the roller coaster goes on. Due to the strange ways life sometimes goes, I wrote most of this essay in Italy. Who knows. The world can be a bit of a riddle, but it is an amazing place to be. I am continuing my search, trying to keep my smile on. And I will keep on. 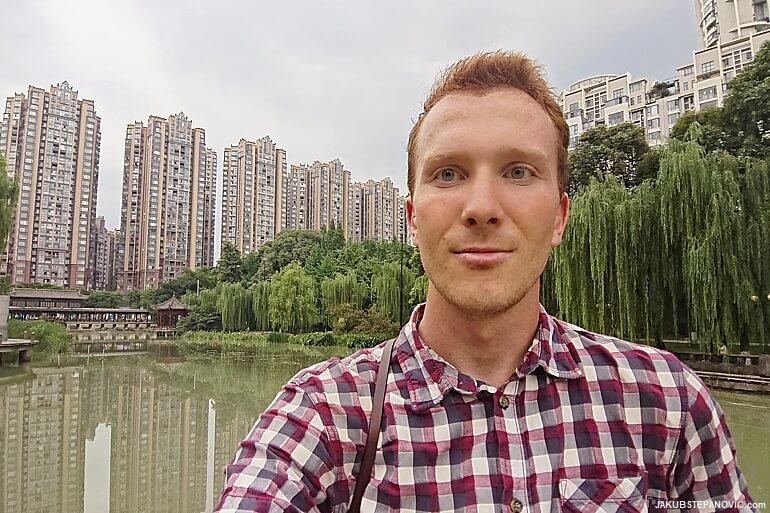 a recent selfie, taken in China

If you have a thought on this topic, please feel free to get in touch. I love to hear others' standpoints. Otherwise, since you made it all the way here, you might also like these posts:

You can also browse my Blog Archives for other topics and categories. Thanks for reading! Follow my Insta, FB, and Twitter to see where I am going next.