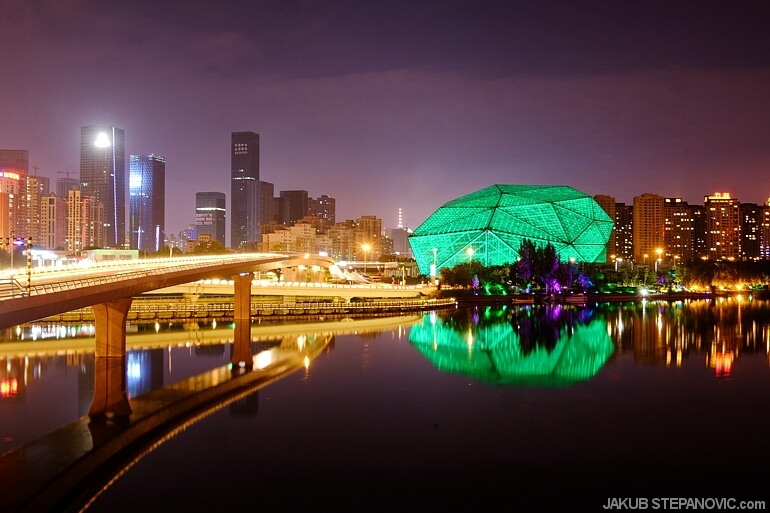 I had a week long placement there and while I looked forward to this, I didn't really know what to expect. Man, it turned out great!

Shenyang is the capital city of Liaoning province, about 625 km / 390 miles northeast of Beijing. I got there on late Saturday afternoon, and even before landing on a runway, I noticed that the local environment won't be anything like what I'm used from Shanghai. Once the plane made its way through a thick layer of smog, it revealed wavy, saturated green landscape dotted with heavy industrial facilities as far as one could see. Both of these features made me curious and excited about taking a closer look at all that. 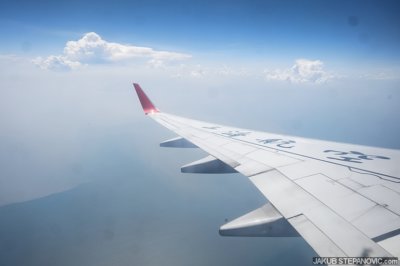 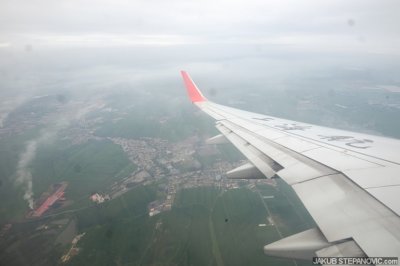 The city welcomed me with a nice outside temperatures and weather in general. 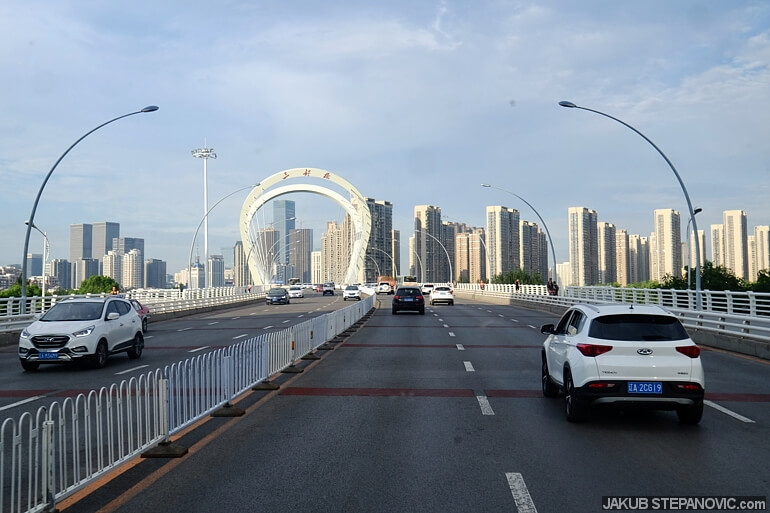 Crossing the Hun River by the Sanhao Bridge on the way from the airport.

I was lucky to get a neat hotel, which tempted to kick back and relax in a comfy bed; however, I just tossed my backpack into my room and headed out. "Nice hotels are all over the planet, whereas Shenyang is only one, only here," me thinking. Aye, I was ready to do some exploring! While I looked up some Shenyang's points of interest in advance, I had nothing for this neighborhood. But from the hotel I saw a local heating plant coined with an elegant concrete smokestack, so the first stop was suddenly clear. 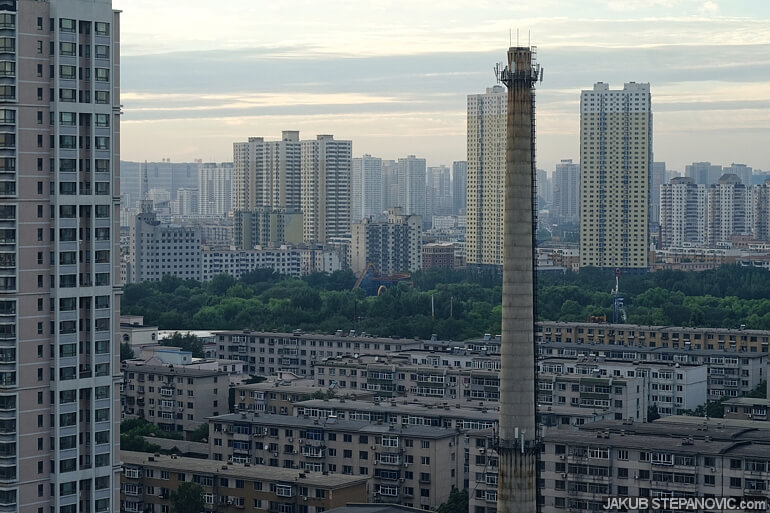 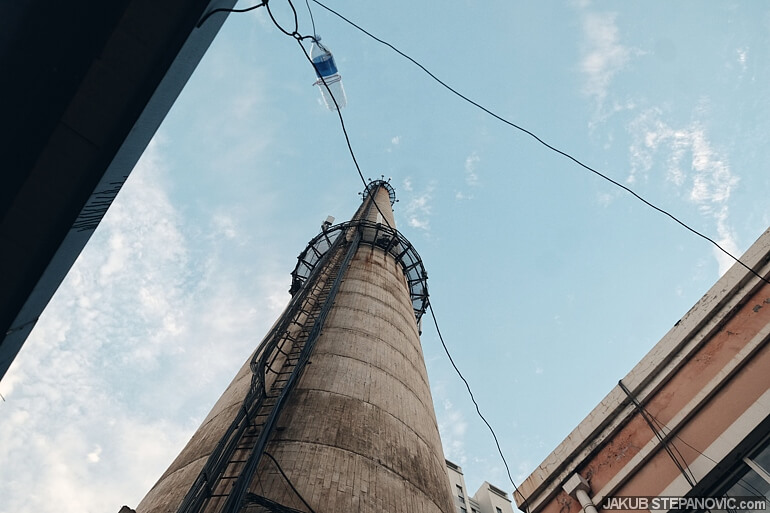 After the heating plant, I just opted for my favorite strategy: let the streets dictate my direction and observe as many details of local life as I can. The area had an interesting mix of brand new, shiny housing estates contrasting with old blocks of flats; some streets didn't even have pavement, others were filled with big Audis and BMWs, another with rickshaws and roosters. 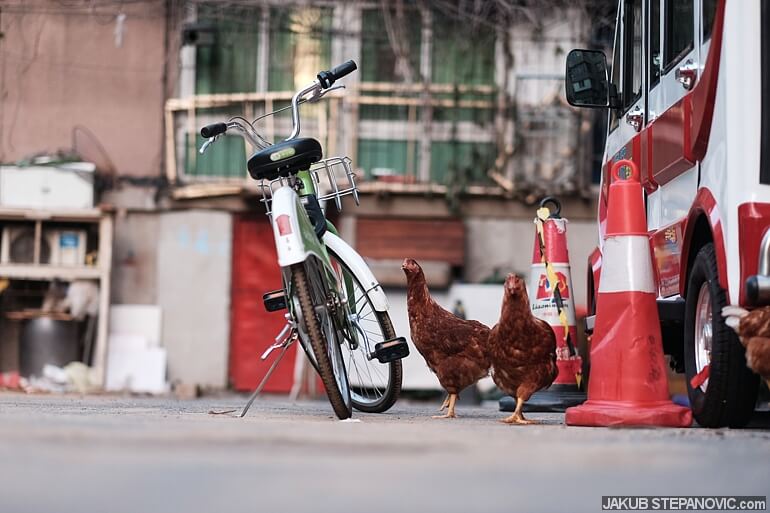 I even got the "kick back and relax" thing. Only more of an authentic version, I guess. 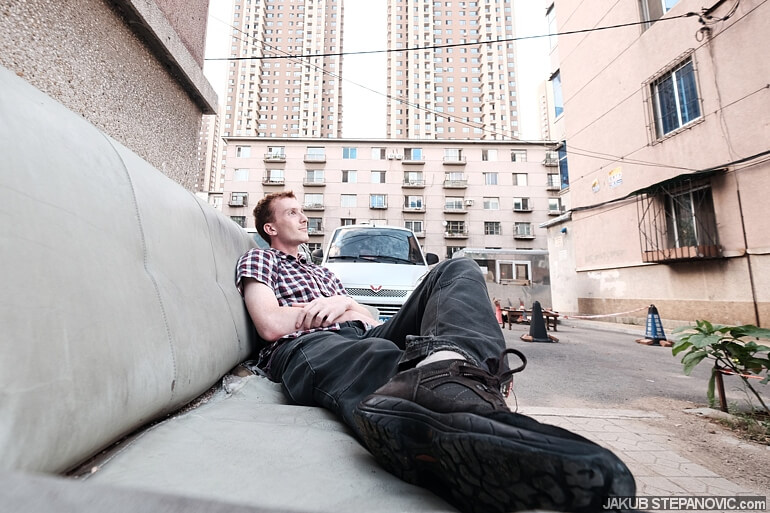 The sun quickly descend, changing the atmosphere of the city into a different world. 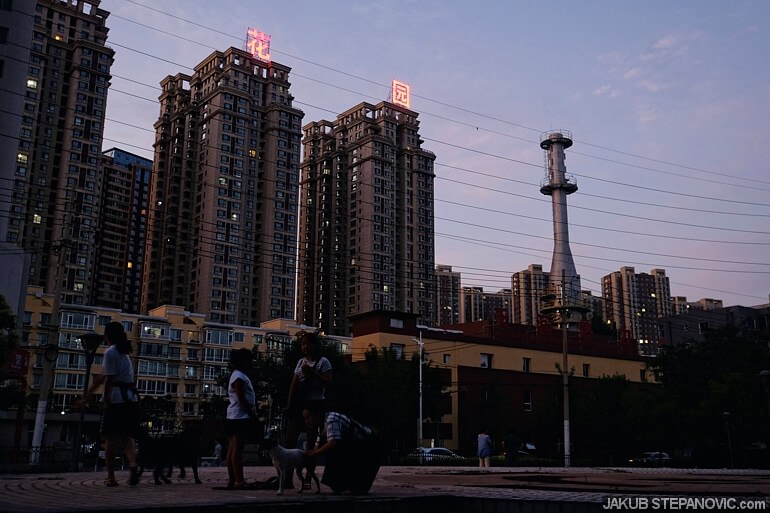 With the darkness, people went out to exercise, eat, shop, watch an outdoor movie screening.. you name it. 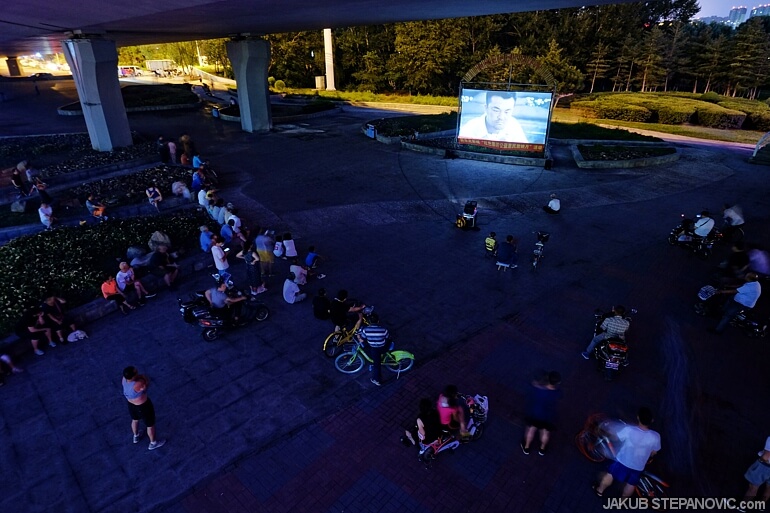 I returned by the riverside to witness pretty sunset colors above the cityscape. good stuff! 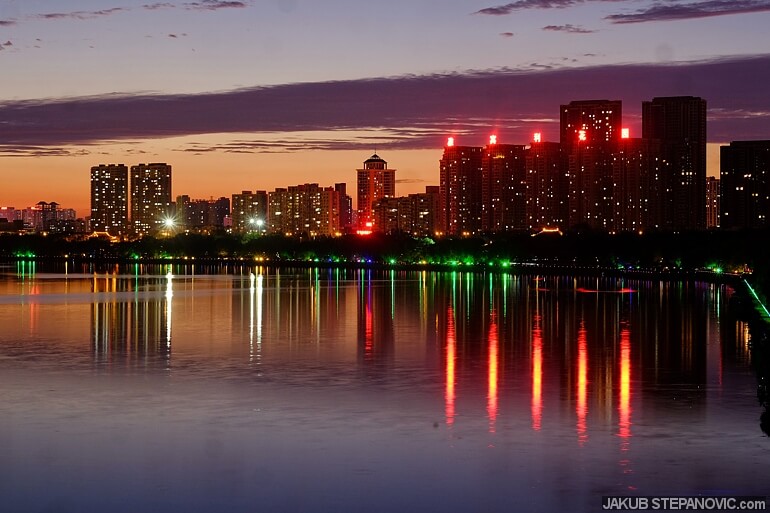 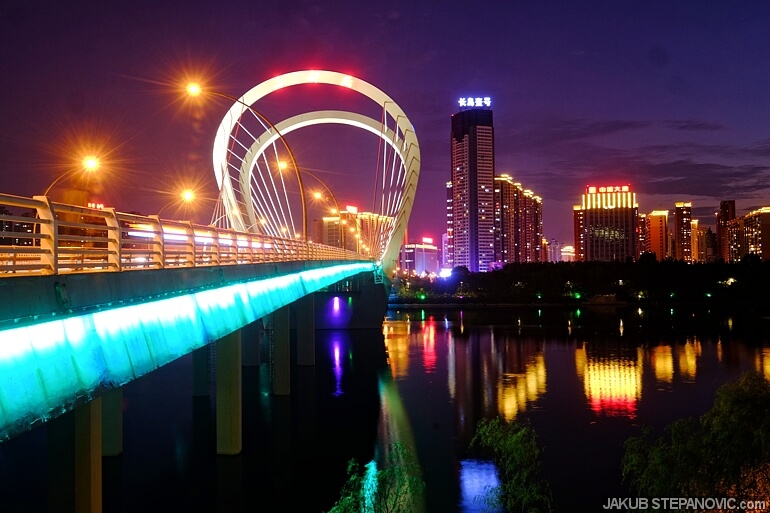 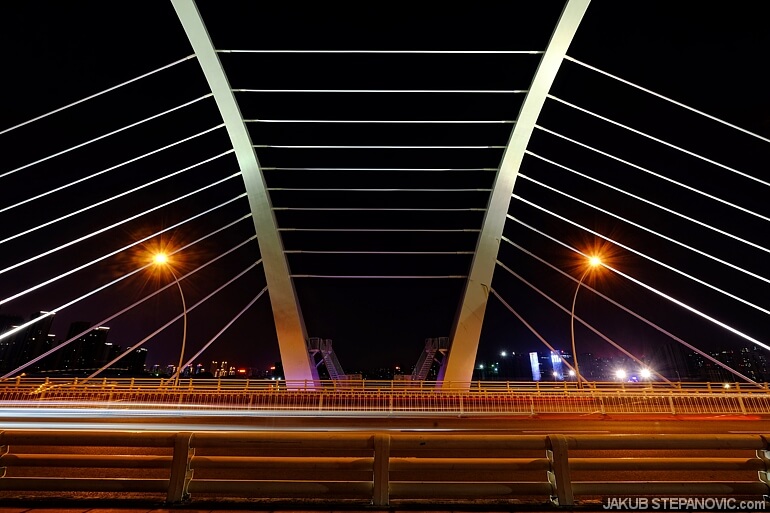 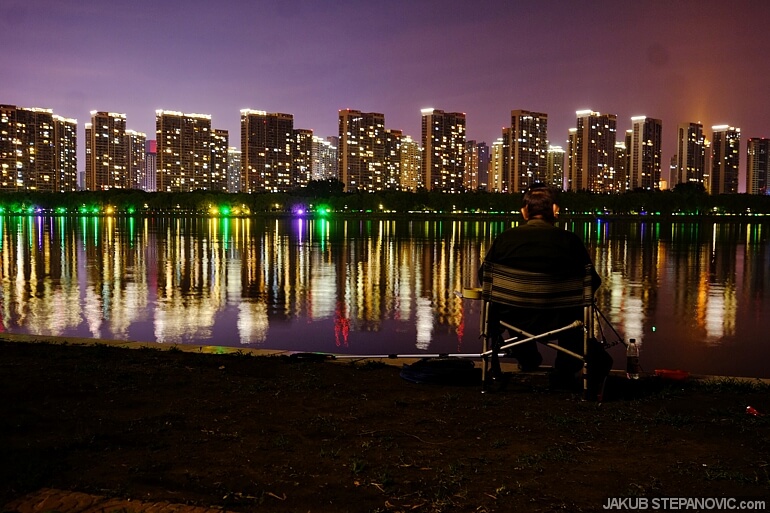 a decent place for fishing, I'd say.

There was a spot from where I anticipated a nice view, but while trying to reach it, I nearly stuck my head into a net with several good-sized spiders. 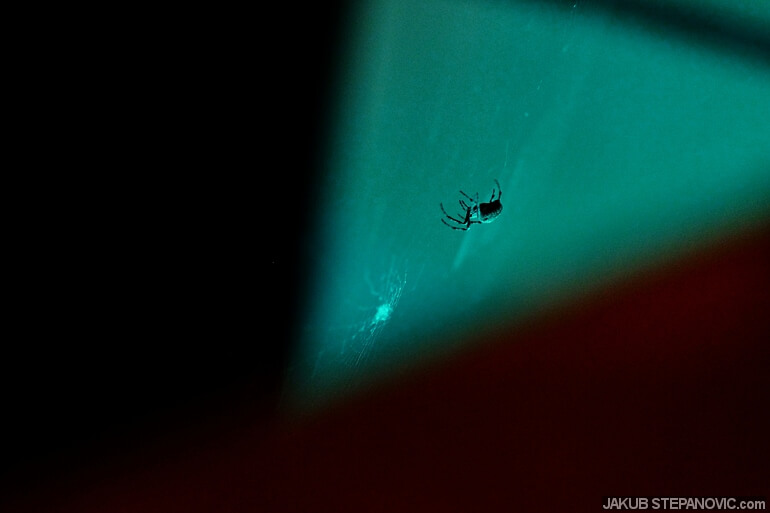 This made me thinking twice about where to climb, what to touch, what to taste.. Still, the riverside offered abundance of scenery to enjoy - so the hours flew by. 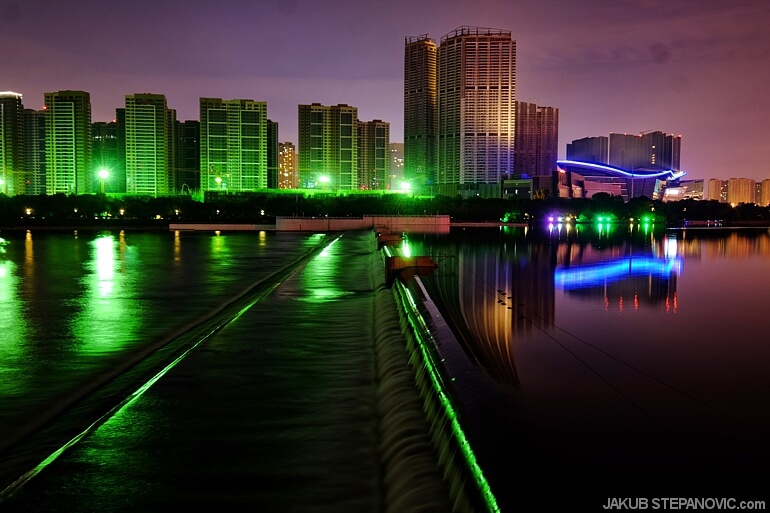 new developments in a full swing

As the day was gradually coming to its end, the intensity of my excitement had increasing tendencies. It reached the pinnacle when I found this gem: 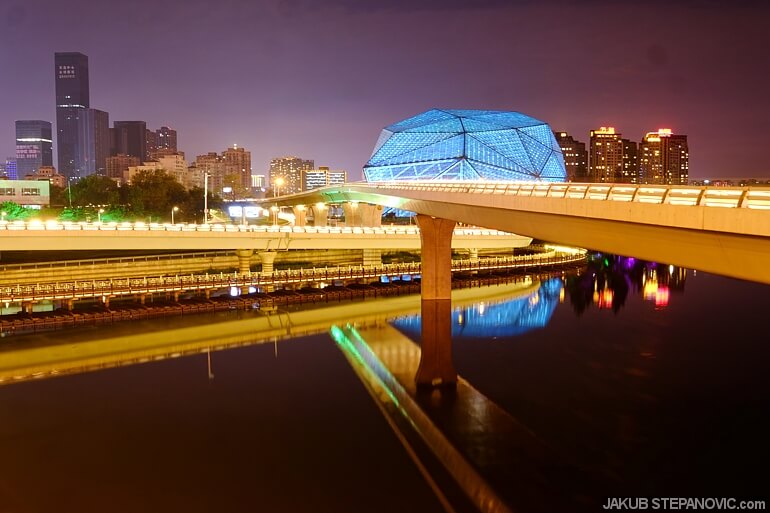 Shengjing Theater. (also pictured atop of this article)

While I kept going for a bit longer, eventually got back on the track back home. Here's a few shots I took along the way. 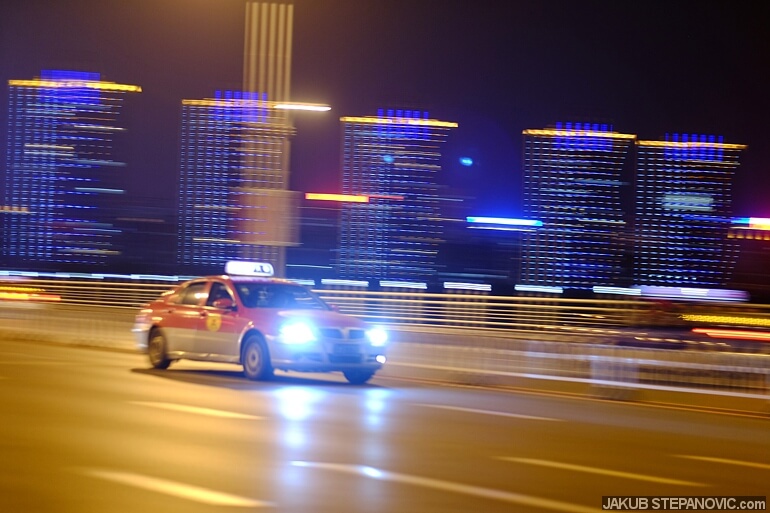 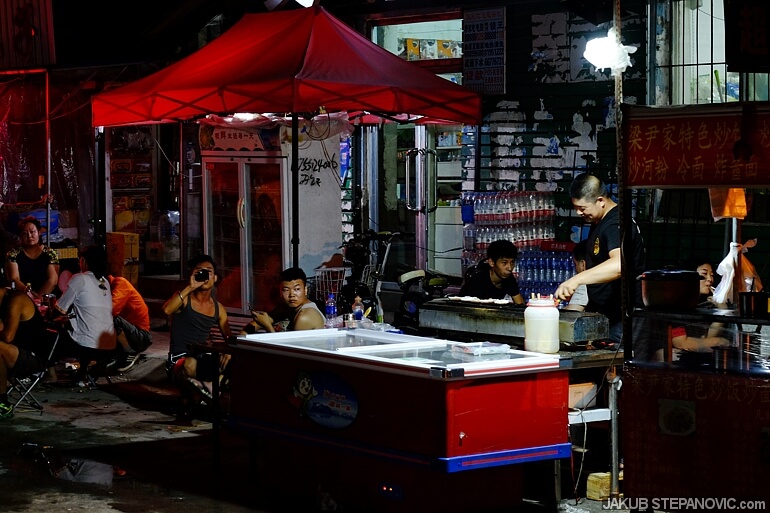 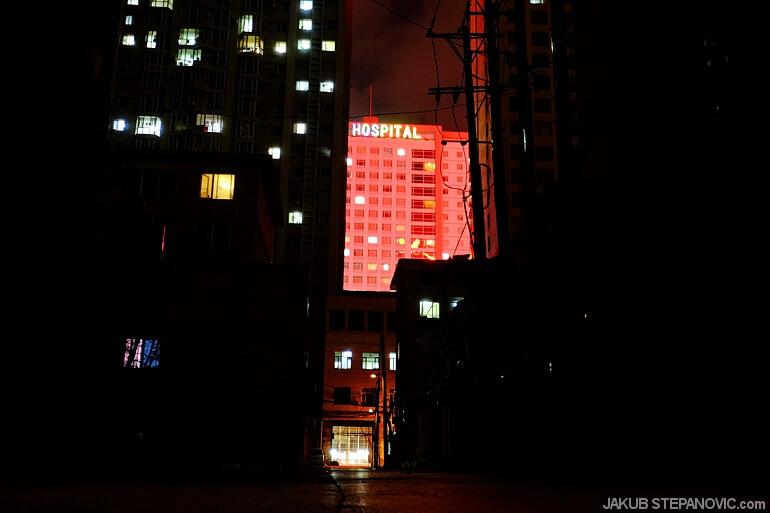 As of the first impression, Shenyang did exceptionally.

And the following days were no less interesting - read about them in separate posts here.

If you liked this article, you might also enjoy my previous stories about Chinese cities: