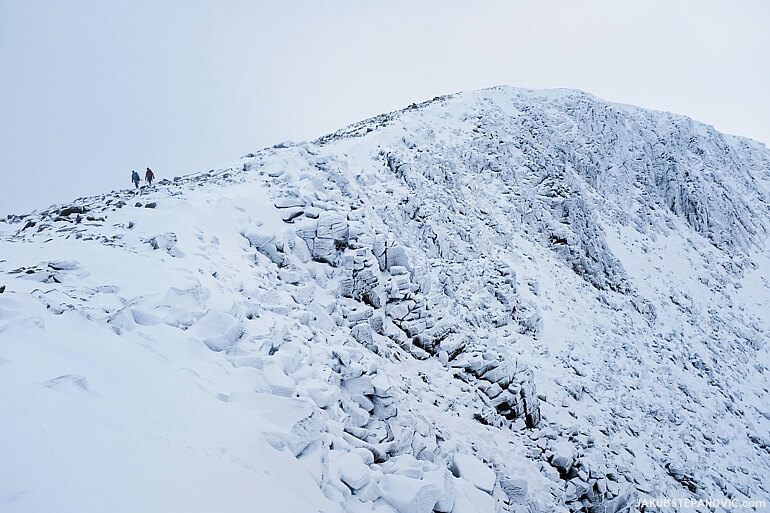 Finding happiness in monochromatic landscapes of rocks, ice, and no visibility.

The Cairngorm Plateau is the home of some of the UK's tallest mountains, and is known for its harsh conditions. Last Sunday, it lived well up to that attribute. Sharp winds were blowing snow back and forth, and thick grey clouds obscured anything further than 100 ft.
A hikers' nightmare, many would say. I had a blast, as it brought three factors to appreciate: 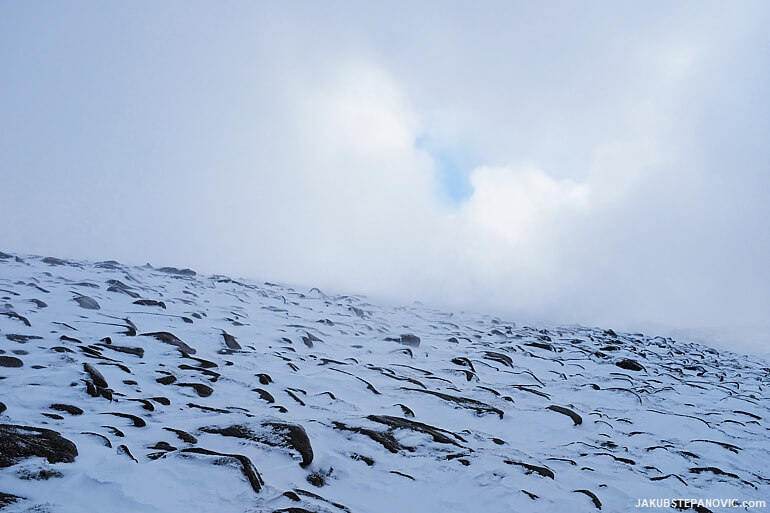 First, it's oddly calming. The lack of colorful scenery (or any scenery, at times) means that there are no distracting elements. Not just visually, any paved road is far away, the cellphones reception is next to none.. it is like a minimalistic room without a TV or radio. 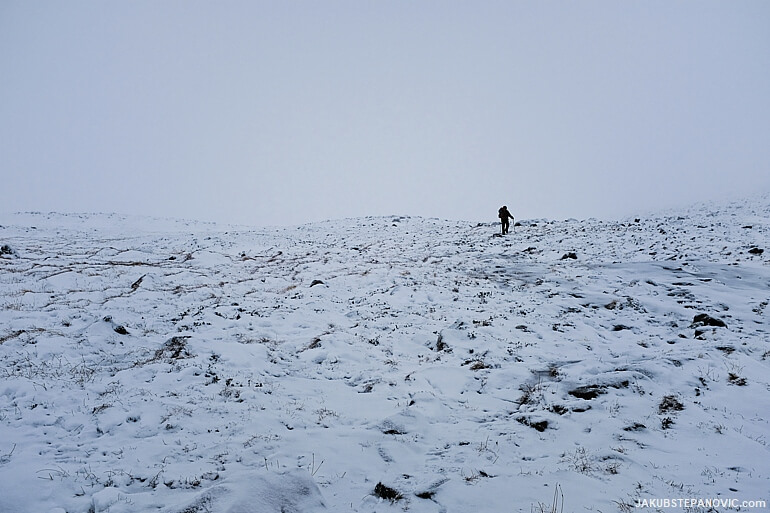 Second, one gets rid of silly thoughts. There are no landmarks, no footpaths to follow, only rocks of similar shapes, colors, and sizes in each direction. Navigating through this environment is a task that benefits from discipline: The rough terrain requires one's focus on their foot-placement, and staying on track benefits from attention to details. I like that. The mind is occupied enough not to allow thinking about some nonsense.

While sometimes it's nice to reach the destination by a paved, well-signed road, when you have to fight obstacles on your way to the goal, it feels more deserved. Bigger responsibility equals greater satisfaction. 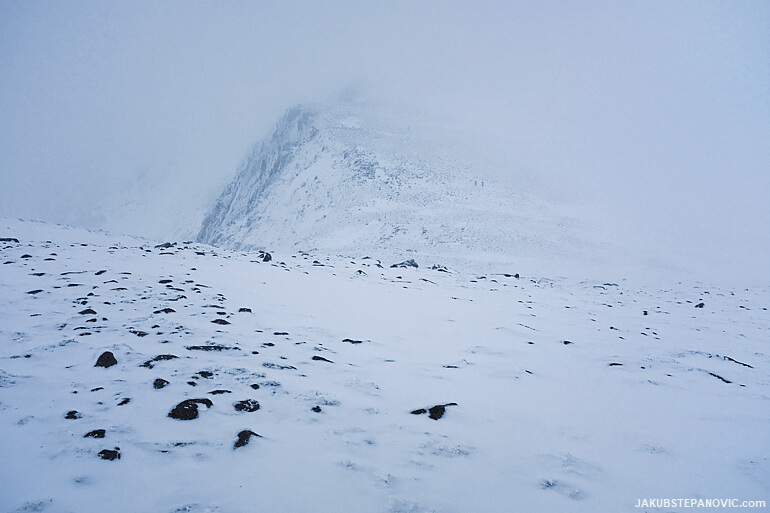 And third, when the clouds eventually rise slightly, revealing a few shapes here and there... 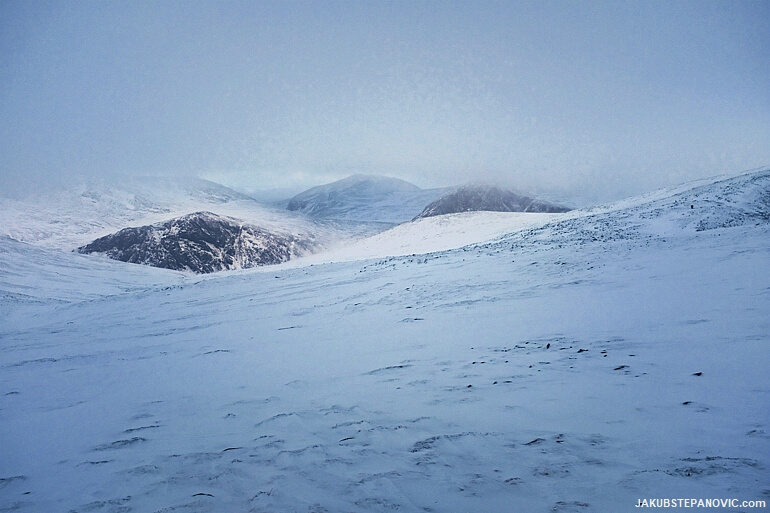 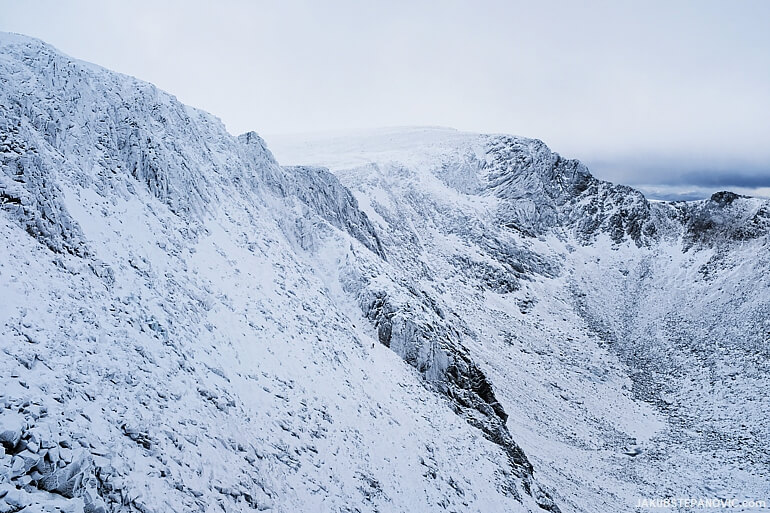 If you liked this article, you might also like my previous stories from the Highlands, such as: