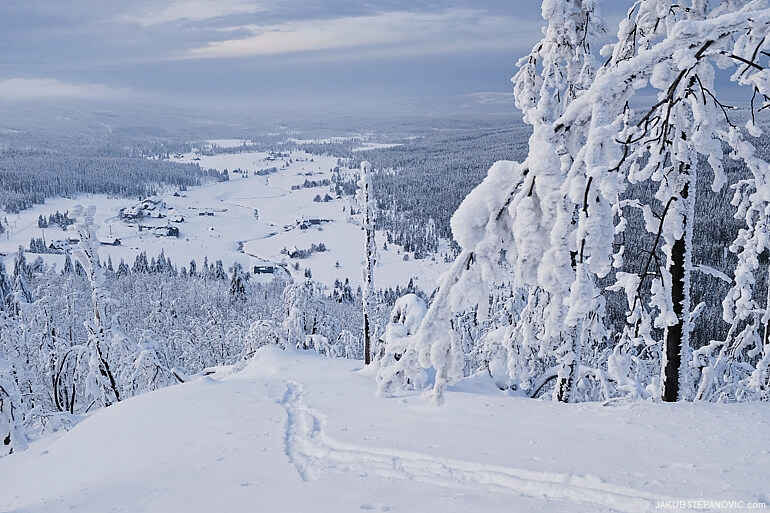 Cold on skin, warm on heart.

I made a short trip to the Czech Republic, to see some relatives and friends. That would be grand itself, but as it sometimes happens, it had an unexpected bonus: A friend got me a pair of snowshoes, and we climbed a mountain in the Jizera range.

To get there, I got to drive on the opposite side of the road I am used to, which was fun! The environment was also very cool. The low elevations had no signs of snow, but the higher grounds were all white. 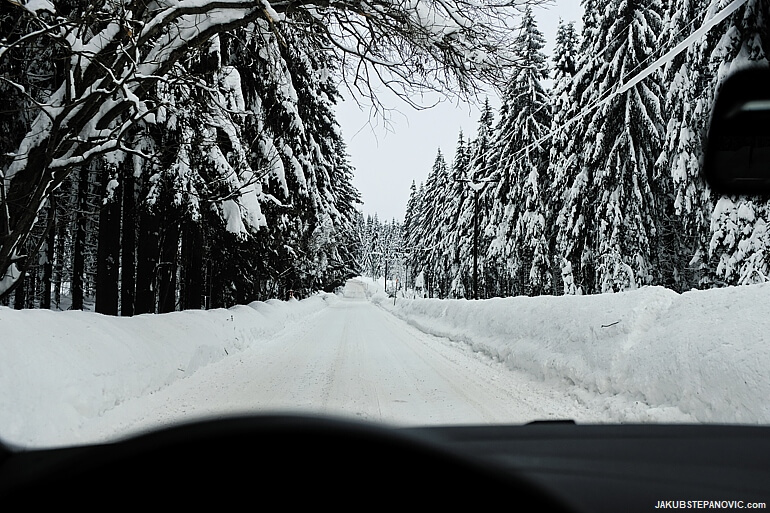 At the parking lot, we got into the snowshoes and started our way towards the summit. 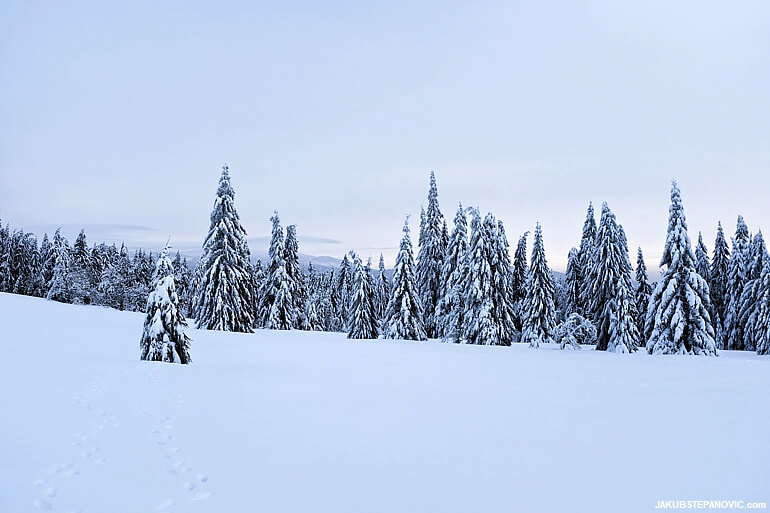 We began at a glade, and shortly entered a dense forest that covers most of the mountains. It looked surreal, clean, black an white scenery as far as one could see. 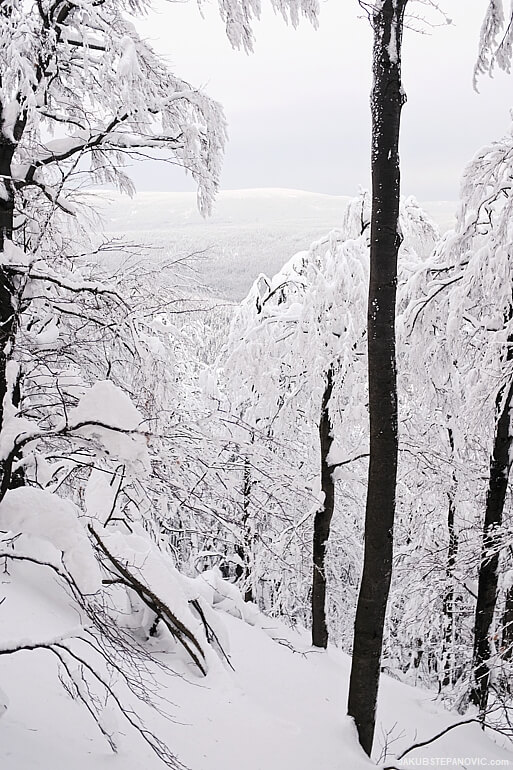 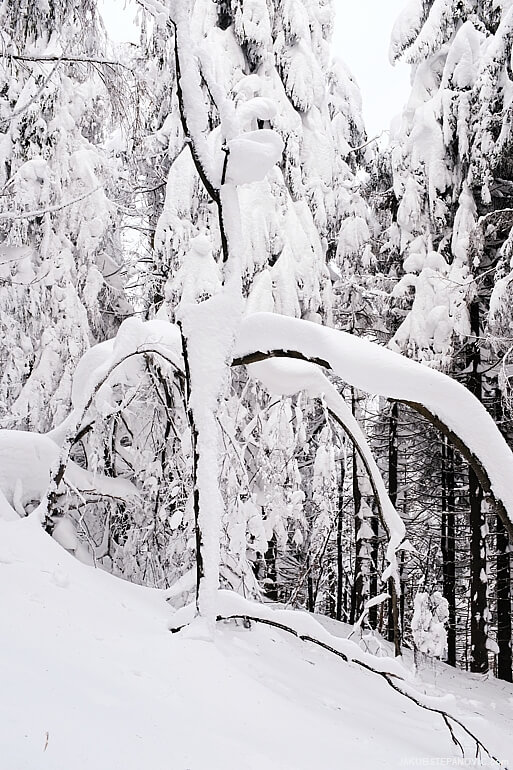 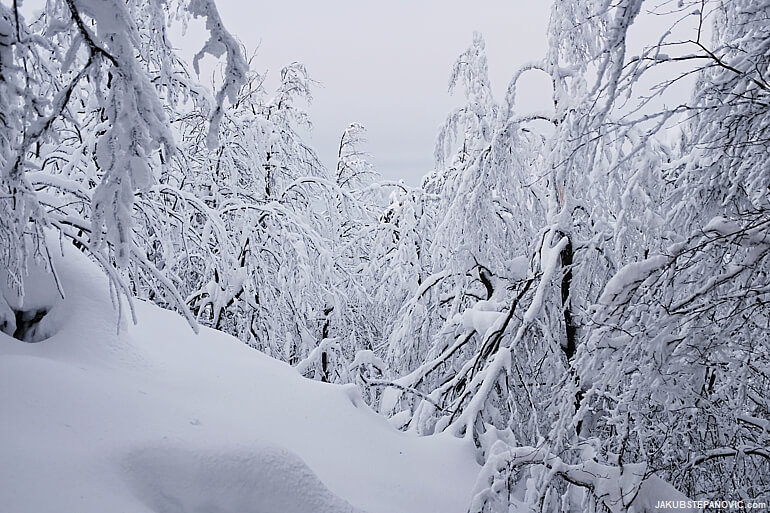 Every now and then, the forest opened a vista on the surroundings. 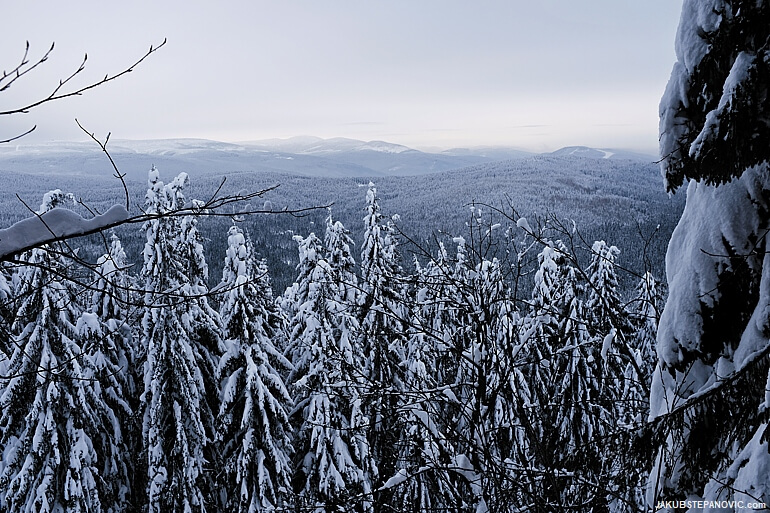 ..and eventually, we made it to the top. The landscapes all around left me properly amazed. It wasn't the fact of being in the mountains; I do that in Scotland rather often. It was the vast forested area, which is just something you won't find there. Together with the amount of snow, it had an exotic feel. 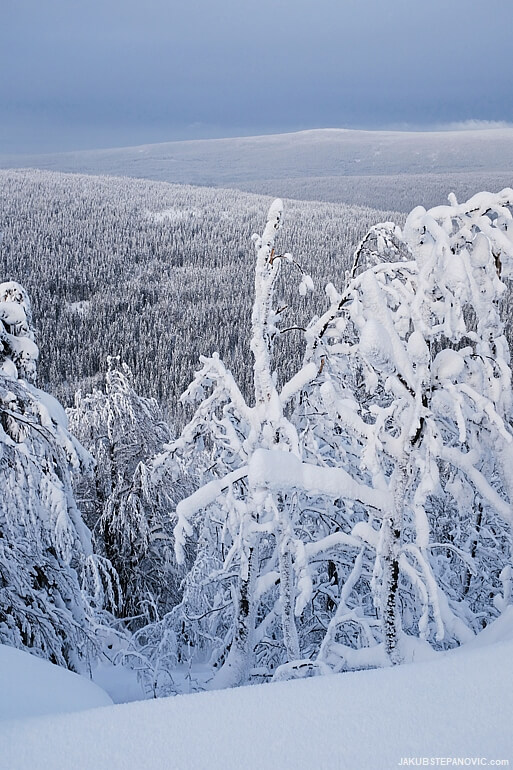 Every view was exciting. The last time I experienced such wow-factor was more than half a year ago in the Saxon Switzerland. After some time of staring at all this goodness, enjoying the silence, and the overall, immense genius loci, we started our descent towards an old settlement, Jizerka. 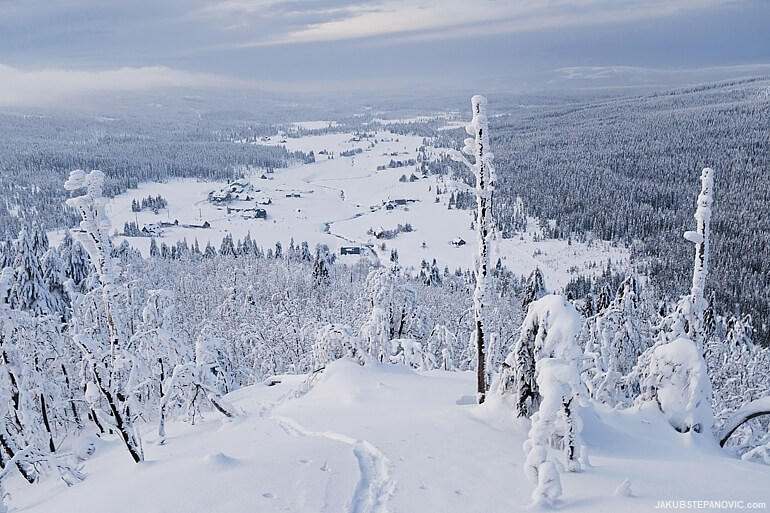 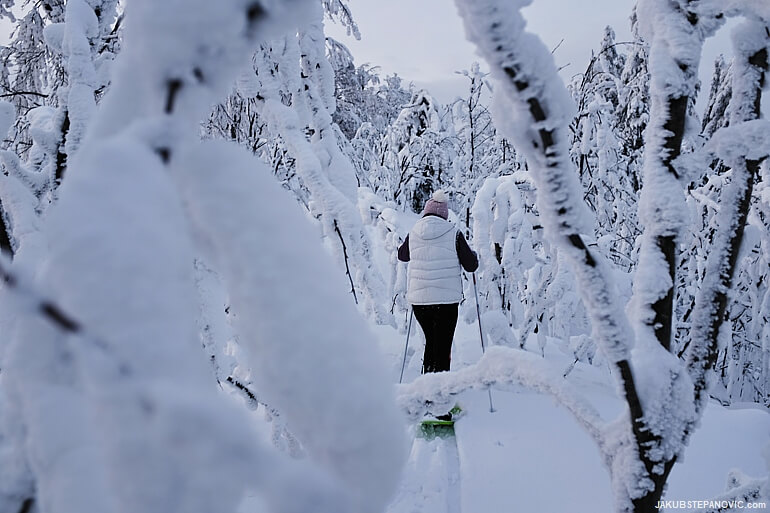 By the time we got there, the sunlight was nearly gone. 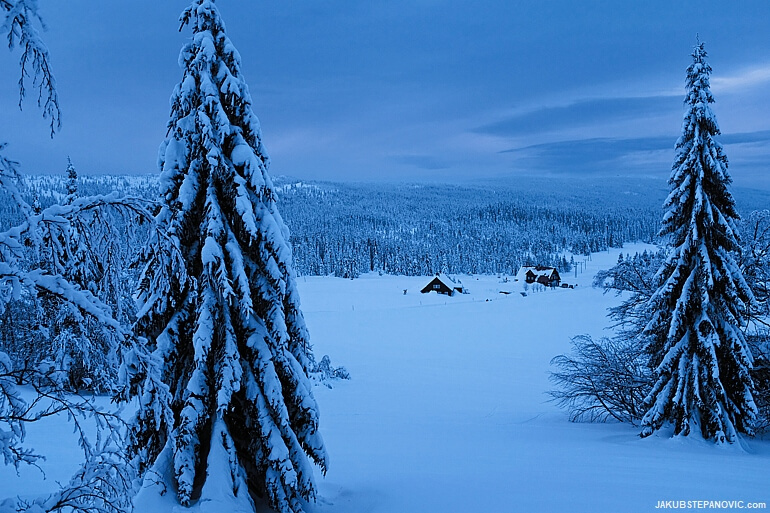 The settlement hasn't changed much since the late 19th century, when it was a glassmaking village. Thinking how people lived here some hundred years ago, in these inhospitable, remote regions, without all the modern tech that we take for granted nowadays, another wow, for sure. 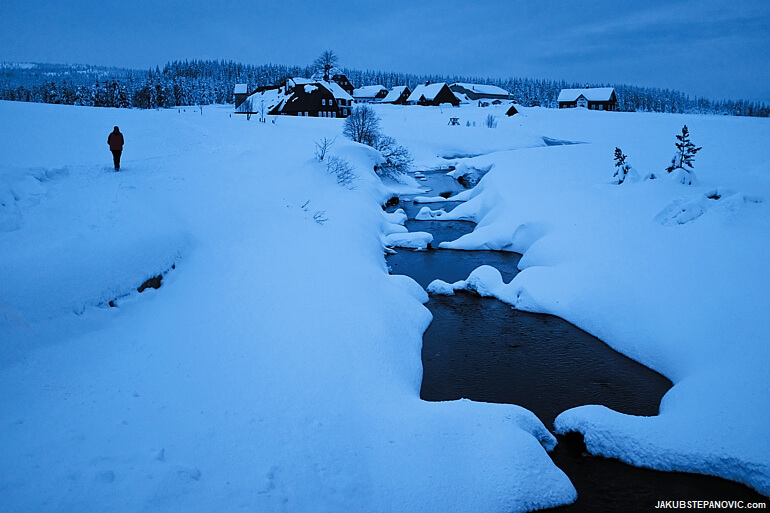 Walking through this atmospheric location, we ended in one house in the middle of the village, getting a cup of hot chocolate. And once the darkness covered the mountains, we went back to the car. 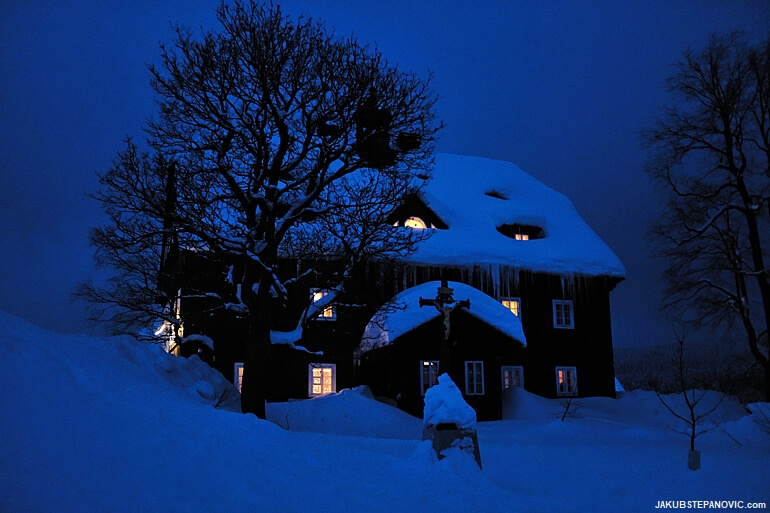 The trip, besides being visually stunning, was a reminder to be grateful for having good people in life. It makes such a difference; it is such a blessing.