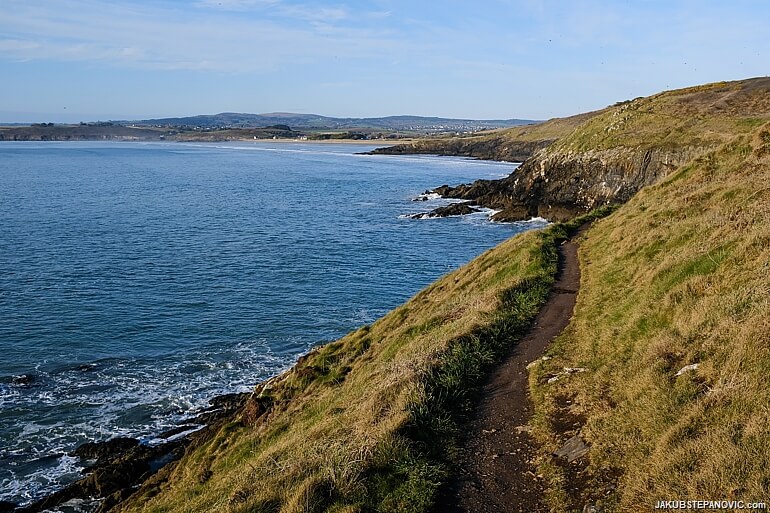 How I travelled through Brittany.

My starting point was Nantes, where I came on a plane. I headed further westbound to the department of Finistère; however, since I was in the city already, I thought, "Might as well make some use of it and go for a walk." A bus and a tram took me to the city centre, where I continued on foot. The sun shone, pots in the streets were full of blooming flowers, and I saw many folks cycling. A good first impression, for sure! It turned out to be the first of many delightful moments I experienced while navigating around the region. 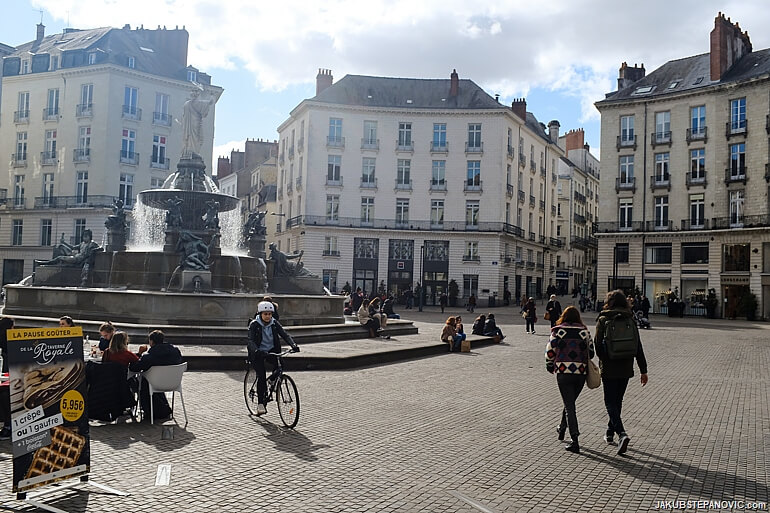 I didn't have any specific plan for Nantes other than to get to the outskirts, from where I wanted to continue my journey. I anticipated that my walk would be only through the city's downtown, and once I hit the suburbs, I would continue by public transportation. However, a surprise came when I reached them; no matter the suburbs, they were all nicely walkable. 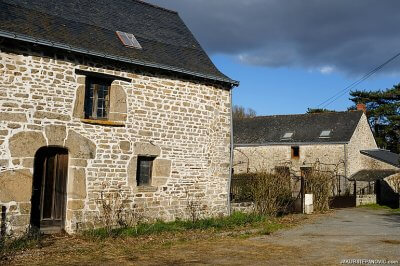 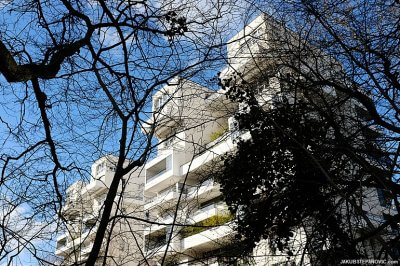 The streets weren't wide highway-like roads full of cars like in some other cities, where the speeding traffic and exhaust fumes discourage walking or cycling. Instead, they were narrow, with decent pedestrian infrastructure and plenty of greenery. "I could imagine living in the suburbs like these," I thought to myself and kept walking all the way to the city limits.

Pleasant walking experiences then followed everywhere where I stepped, cities or not. 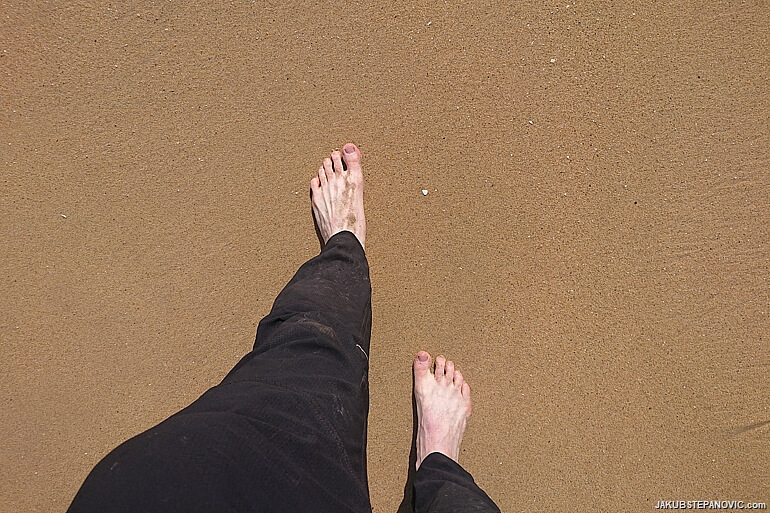 Brittany's friendliness to walking was only the beginning.

Once at the Nantes edge, I wrote the name of my next stop and started hitchhiking. 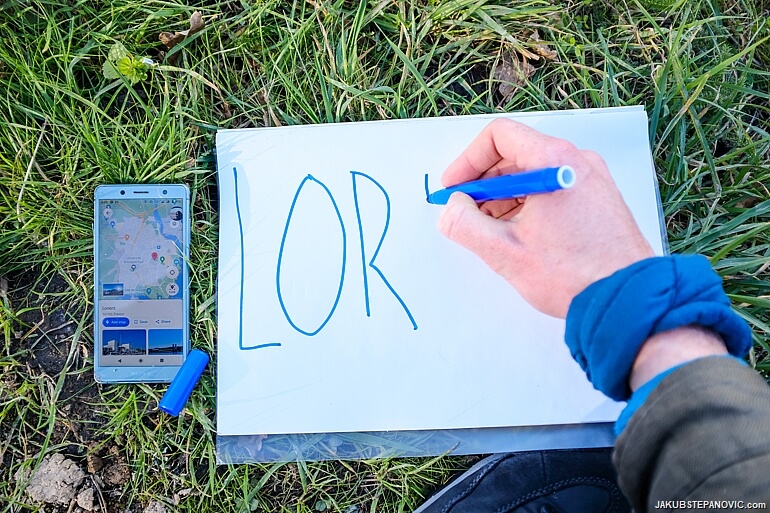 I eventually clocked some 400 km covered this way, and it was fantastic. I met friendly individuals of a broad age range, everyone with fascinating stories to share. Through listening to stories, I also learned interesting facts about Brittany. For example, unlike in the rest of France, there are no tolls on highways here. 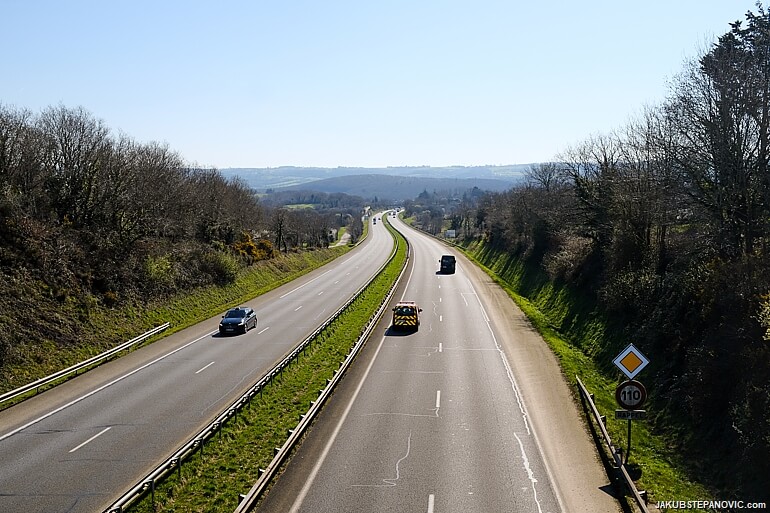 French highways are notorious for their tolls. Not in Brittany, tho. This one is south of Brest, captured during one of my hitchhiking adventures.

The toll-free roads aren't the only difference from the rest of France. It is almost as if Brittany would be a country within a country, as it has its own language and vivid folklore. I will post more about its gems later; stay tuned. Now, let's stay with the transportation. 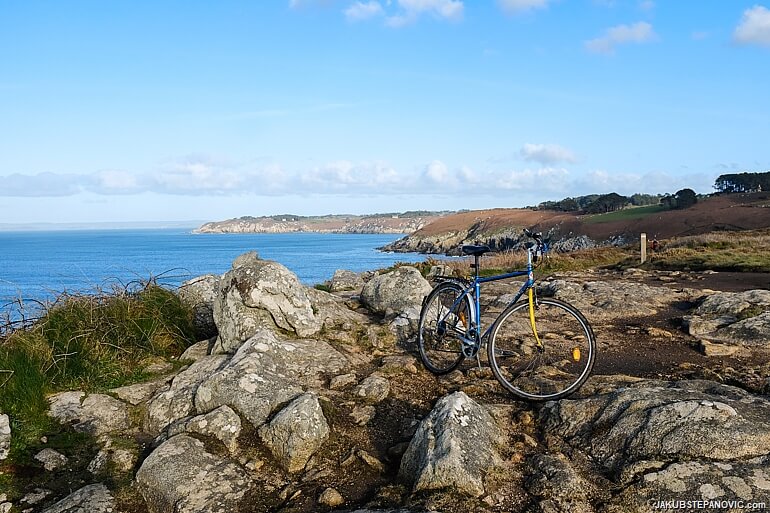 It's no secret I enjoy mountain biking, and while there's some technical terrain here, Brittany's no match for places like Scotland; its highest point is at 385 MAMSL. Moreover, the bike I borrowed here wasn't in its element on rocks and roots, and I did not want to break it, myself, nor both. That said, I ventured on asphalt and found another surprise. Unlike my expectations, Brittany turned out to be a bit of a road cycling paradise. 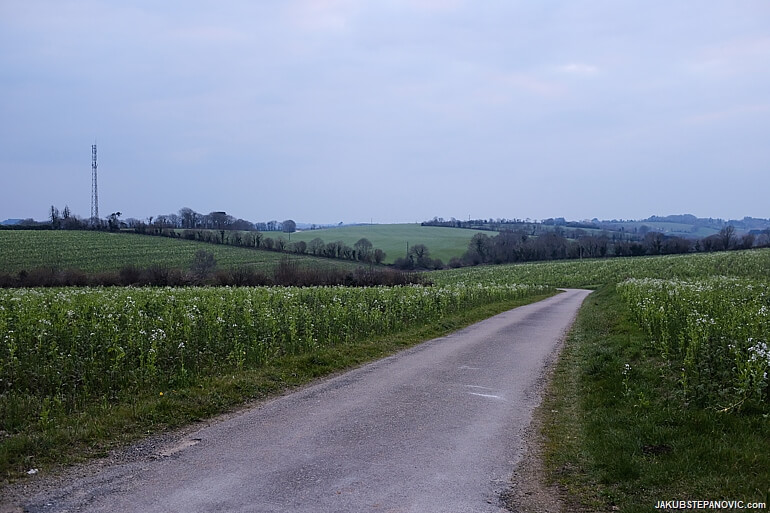 Previously, I didn't have much love for cycling on paved roads, but it changed here. Besides having numerous well-designed cycling paths, Brittany also has lots of roads that are actually lovely to cycle on. Their surface is without potholes, the traffic is minimal, and even if you meet other motorists, it is okay: they slow down and give cyclists adequate space. It feels silly having to highlight that drivers aren't morons here, but after riding bikes in some other countries where I was centimetres from dying every other time being passed by a vehicle, I don't take cycling-friendly drivers for granted. 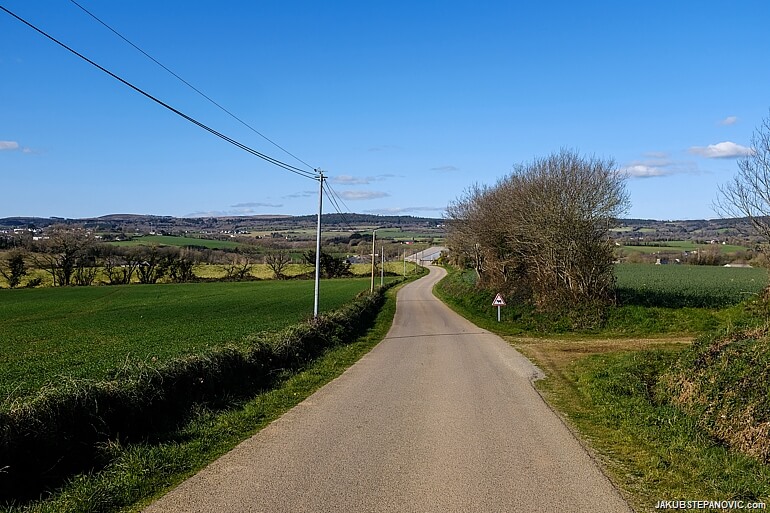 Cycling on these roads, I thought that if I'd ever lived in a place like this, I might convert to a road bike – Something I had never considered before. Road cycling in Brittany is that good.

Using paved roads for bike commuting is one thing, but riding them for pleasure? I still can't believe that I liked it that much. Still, it wasn't enough to entirely suppress my off-road instincts, and so when I came across some unpaved but smooth-ish road, I tried them as well. It turned out Brittany has kilometres of excellent gravel paths, too. 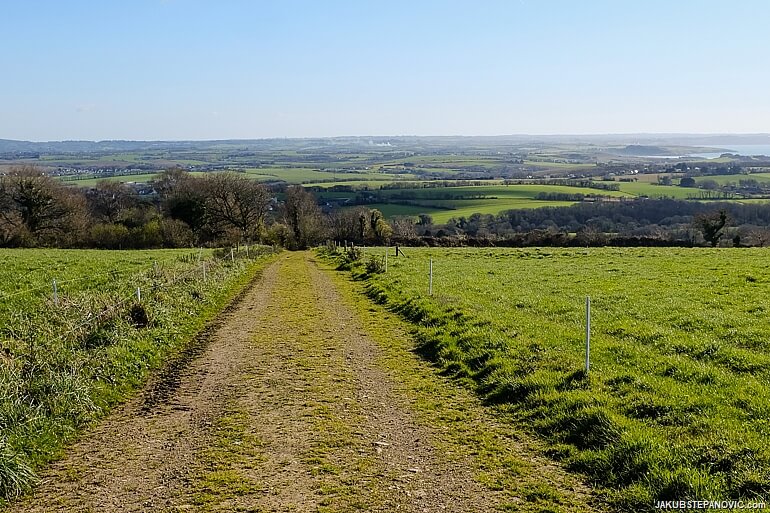 I was constantly amazed by the fun and scenic factors of the roads I cycled. 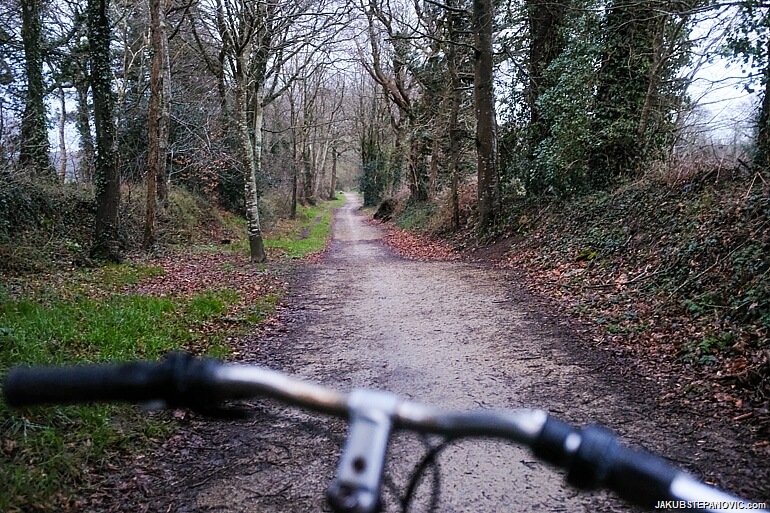 Yet, it was short to the amazement by a different category of reaching places: Sailing. 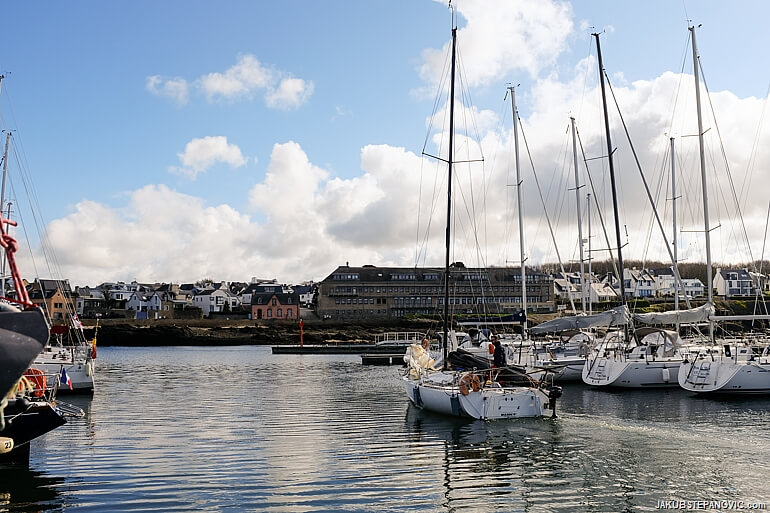 I sailed for the first time in Brittany.

Oh, it was so cool. You can read about how was it in a separate story HERE.

Thanks for reading! If you enjoyed this article, you might also like my similar posts, such as:

Alternatively, visit my Blog Archives for more topics and categories.