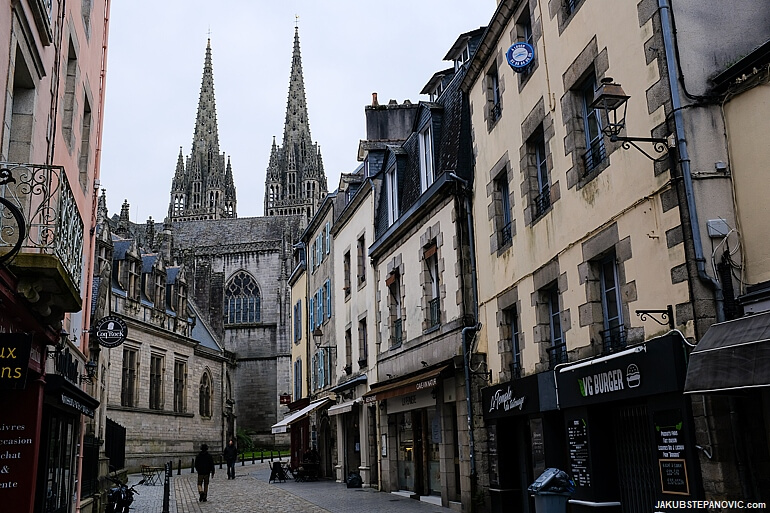 When I went to Brittany during the second half of February 2022, it was like I had jumped through time. Coming from central Europe, I faced a snow blizzard on the day of my departure, however, as I arrived in France, I arrived to spring. 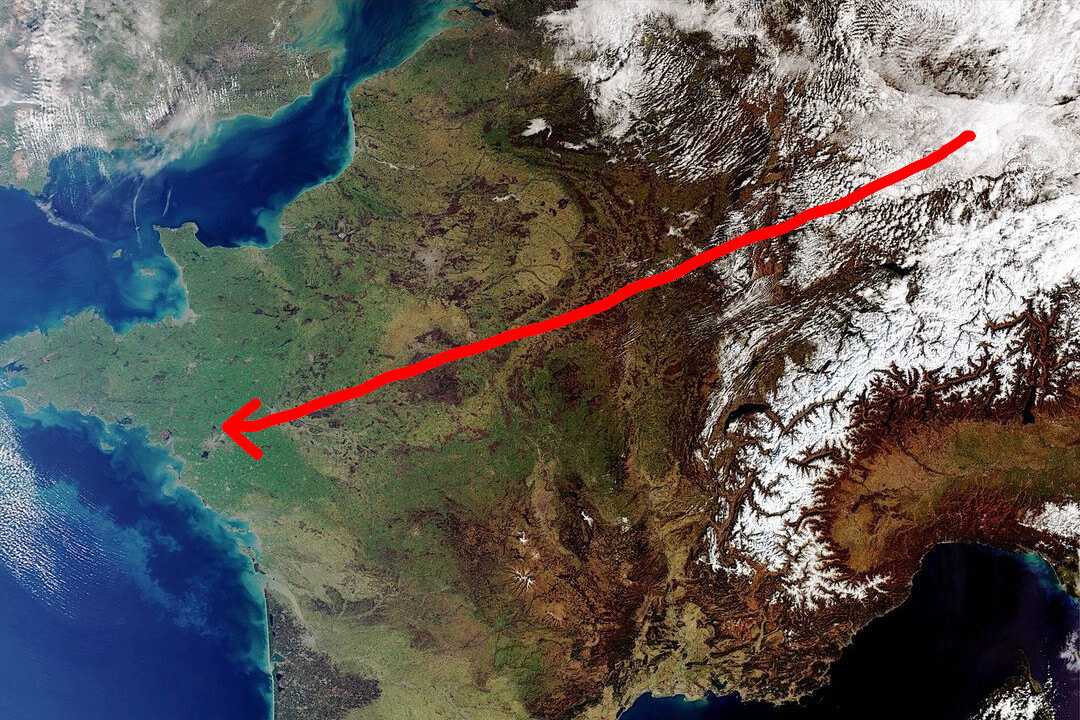 Coming from winter to spring, illustrated. This image was taken by Copernicus (The European Earth Observation Programme) on the weekend when I travelled.

The warm sun brightened the landscapes and my mood; it was so lovely that I went swimming in the Atlantic before the month ended. 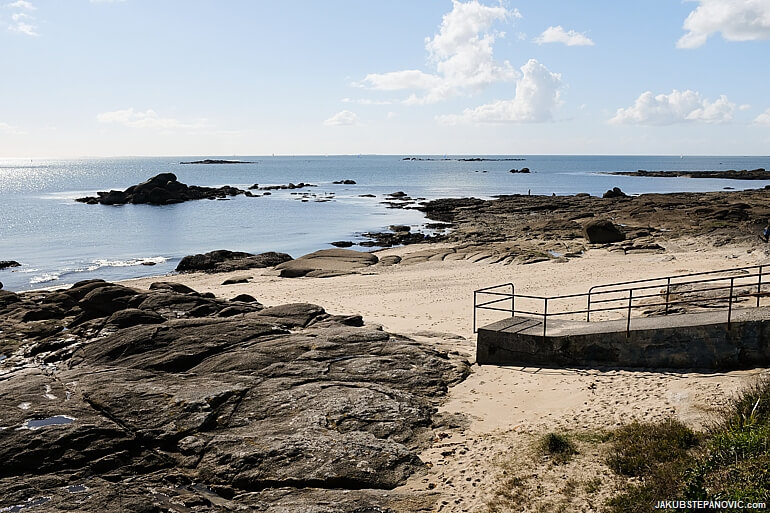 The sunshine also pleasantly complemented my visit to the seaside town of Concarneau. 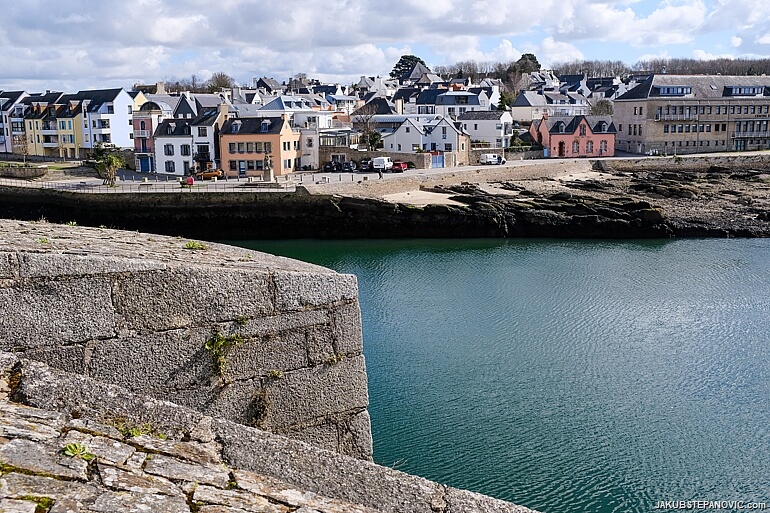 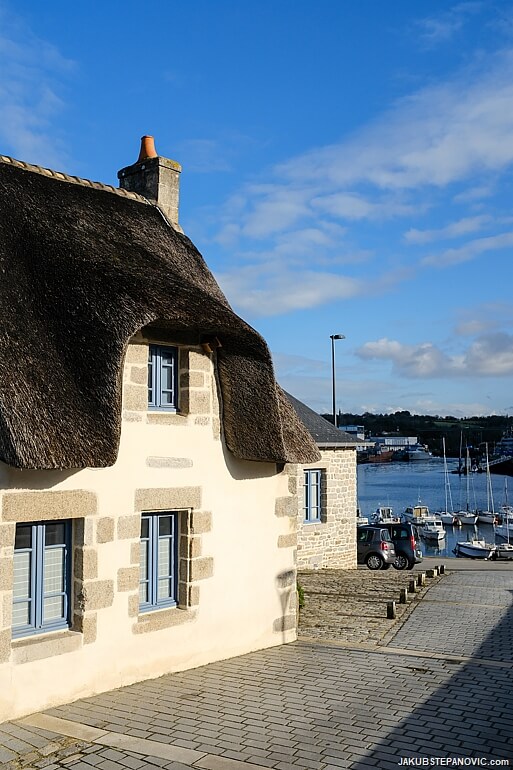 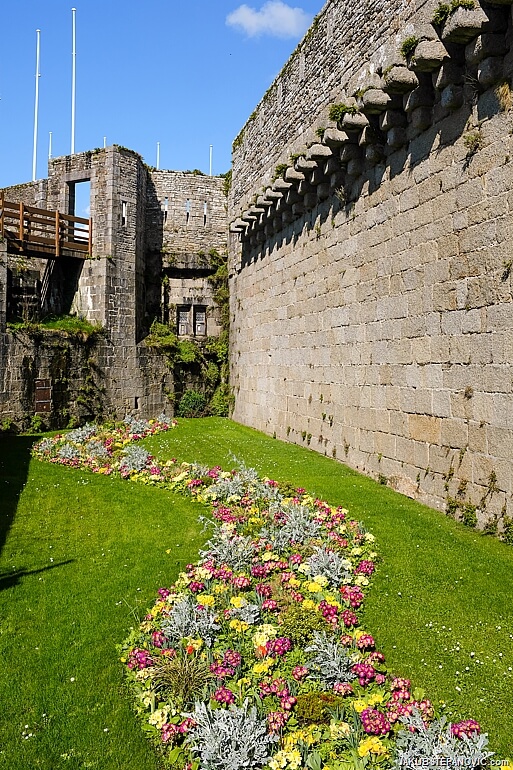 Concarneau has a vibrant port, surrounded by a maritime school, active shipyards, some attractive buildings, and a few pretty beaches. In its heart is a medieval citadel, Ville Close. 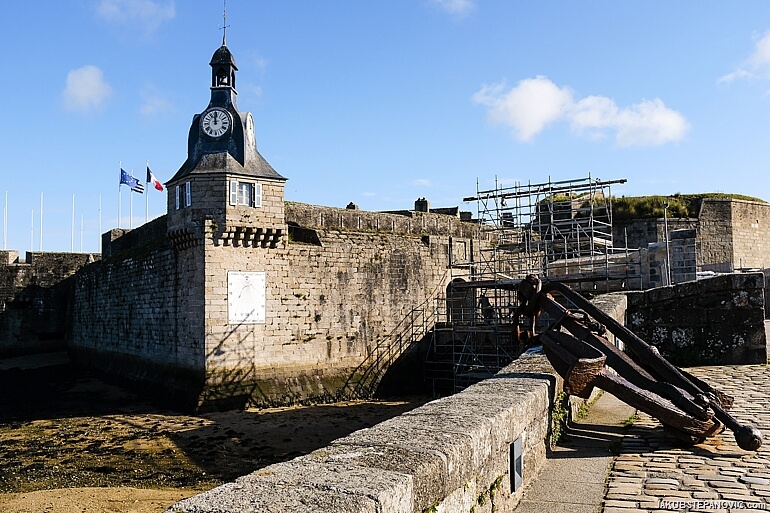 Ville Close (walled town) of Concarneau was built on a rocky island in the bay between the 15th and 17th centuries, and it became classified as a historic monument in 1899. Since then, its appearance has hardly changed; only fishers and merchants retreated to the tourism industry. It is reportedly one of the most visited places in Brittany nowadays, but it wasn't the case during my stay. 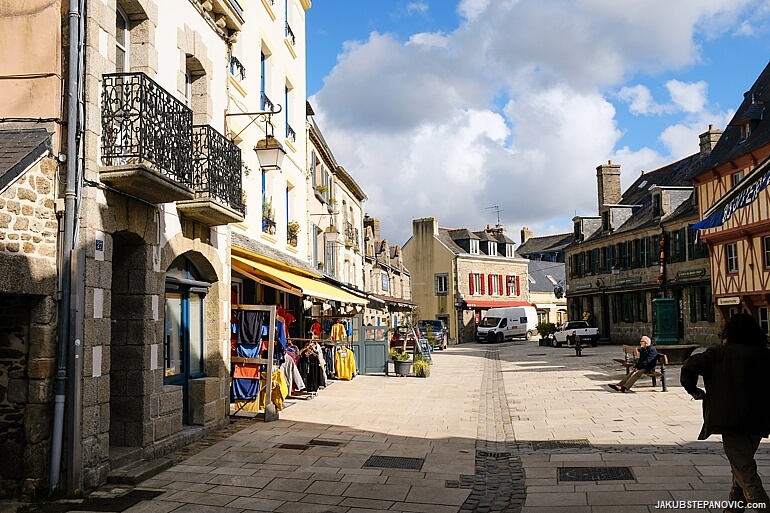 Crowds were nowhere to see; one could roam through its charming streets lined with half-timbered architecture while having all the personal space. Being in no rush, it felt like another time-travelling instance. 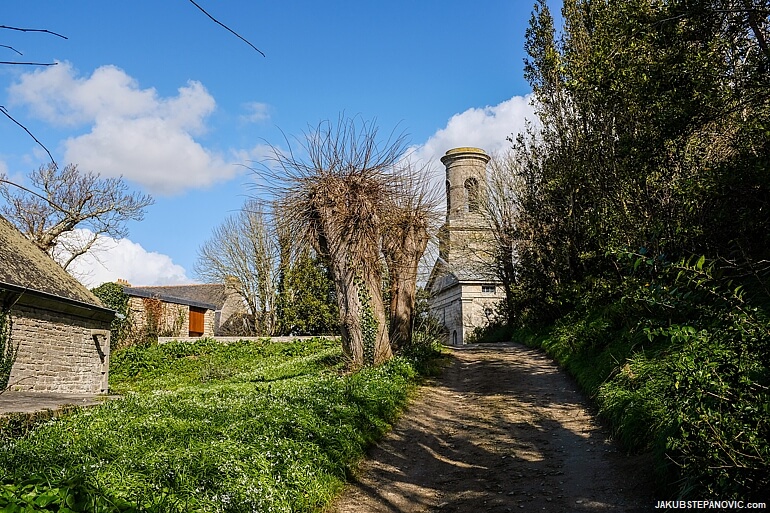 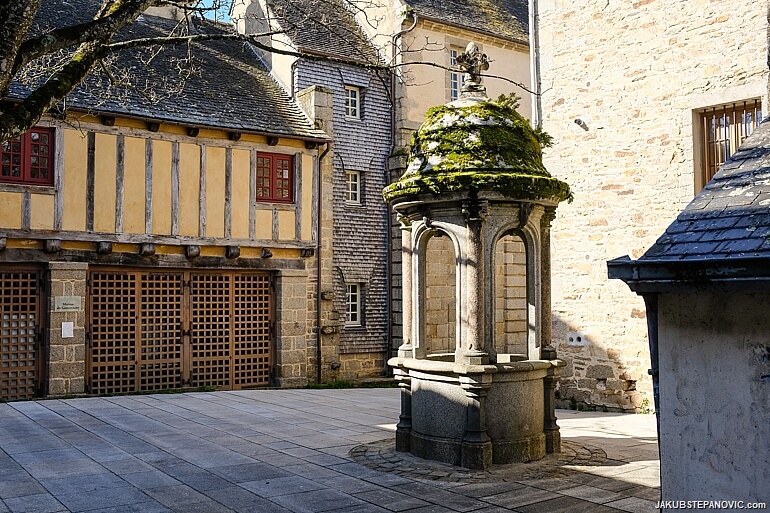 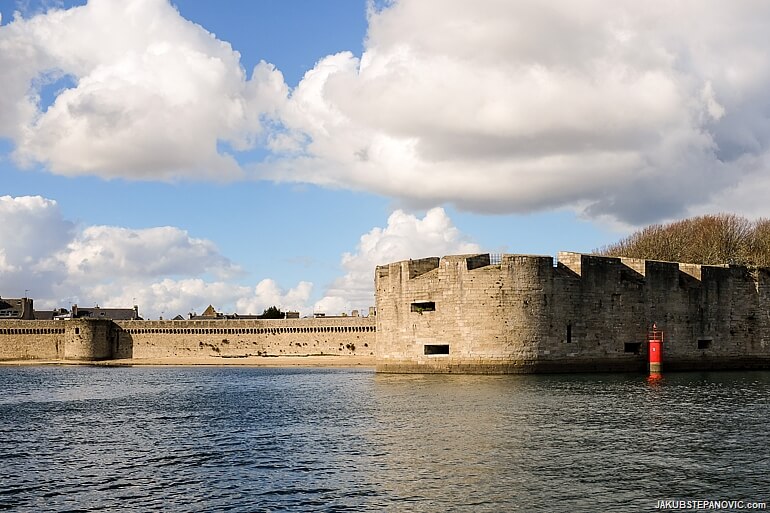 I appreciated experiencing inside of these fortified granite walls, but the marina just outside them is where another adventure started: I boarded one of the boats for my first sailing. 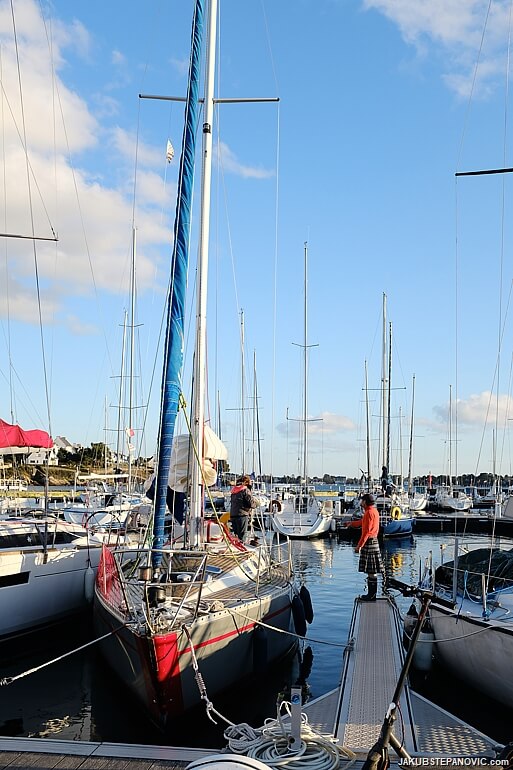 Back at the shore, I was amazed by the genius loci here. So when locals later mentioned that the nearby-placed city Quimper also has a noteworthy preserved old town, I was keen to visit it as well.

I cycled to see what's what a few days later, but it was clear that I would get a different sensation. Pedalling the bike felt like I am rewinding the clock back to the wintertime. Overcast skies took away the colour saturation from Quimper's flower-filled public greenery and interesting façades. 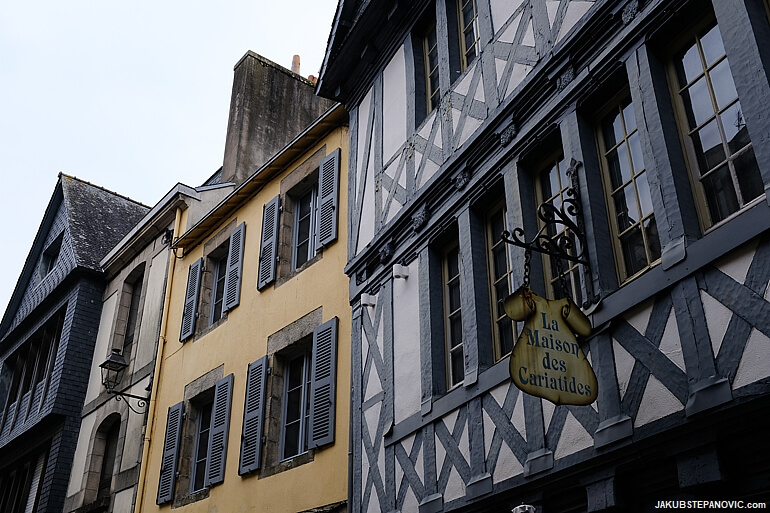 Brittany has plenty of houses decorated with radiant hues that shine during a clear day. Today, not so much. It made me think about how different places have different colour schemes and how they respond to the local climate. Towns in Scotland, for instance, mostly feature walls in earthy tones of stone or plain white – which complements gloomy clouds. But the housing in the Netherlands tends to be more colourful, even if the weather there is somewhat rainy, too. 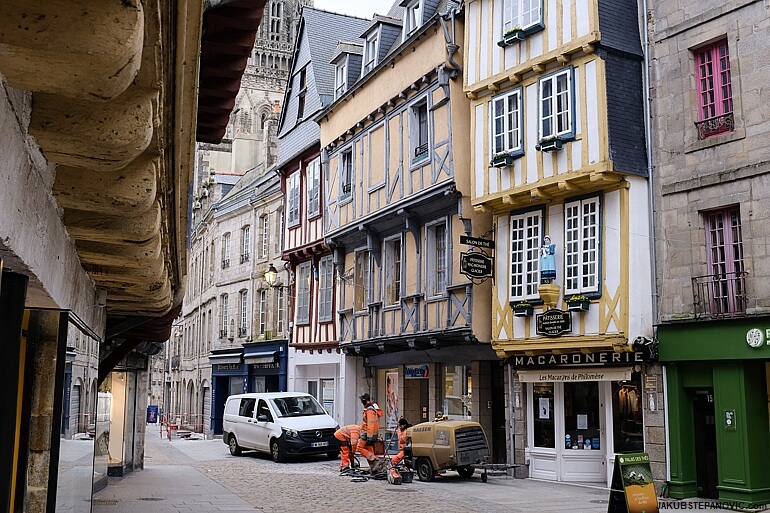 It's puzzling to imagine that city centres like this used to be relatively common in this part of Europe until the bombing campaigns of the 20th century.

No matter the sky, exploring the crooked alleys proved to be worth the trip. They were almost empty like in Concarneau but felt more surreal due to Quimper's larger size. 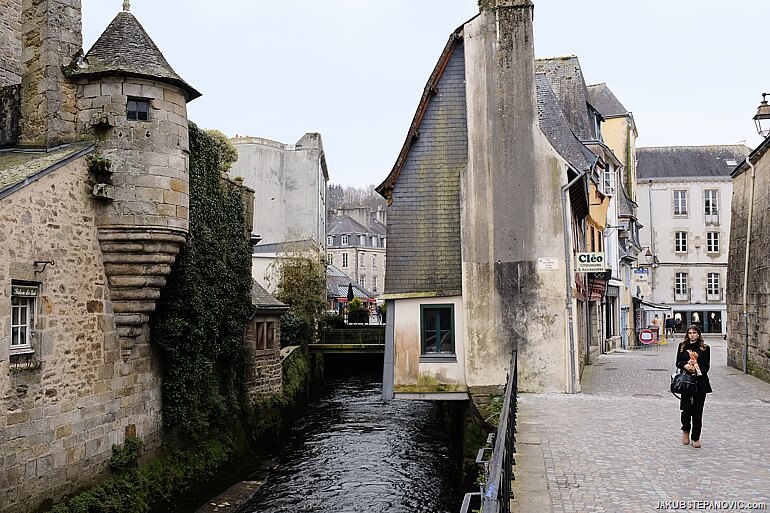 River Steir and many shapes to appreciate.

Quimper comes from the Breton word kemper, which means confluent in English. And by walking through the downtown, one can discover why that name. The commune developed at the confluence of the rivers Steir and Odet. 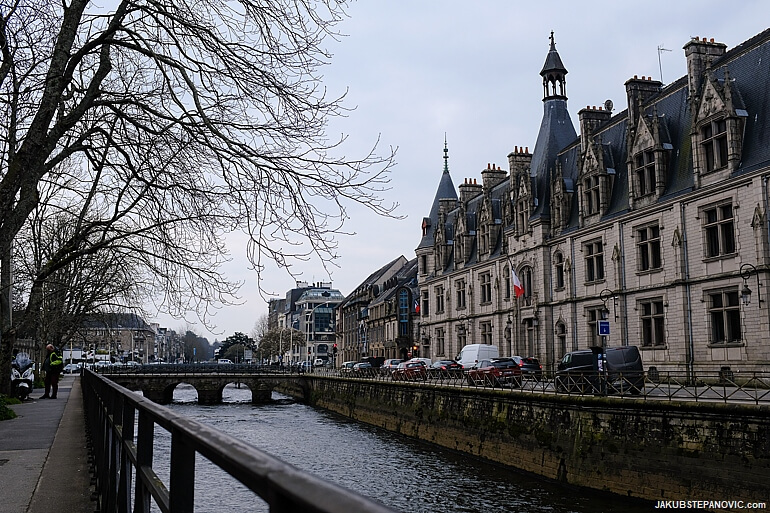 The theme of water also surrounds the legend of the city's origin: After Brittany's mythical city of Ys got swept over by the sea in the Bay of Douarnenez, king Gradlon established Quimper to be the new capital of his Cornouaille region.

The city is the capital of the Finistère department now, and underlines its significance by some of its structures, like the oldest Gothic building in lower Brittany: the Saint-Corentin cathedral, founded in 1239. 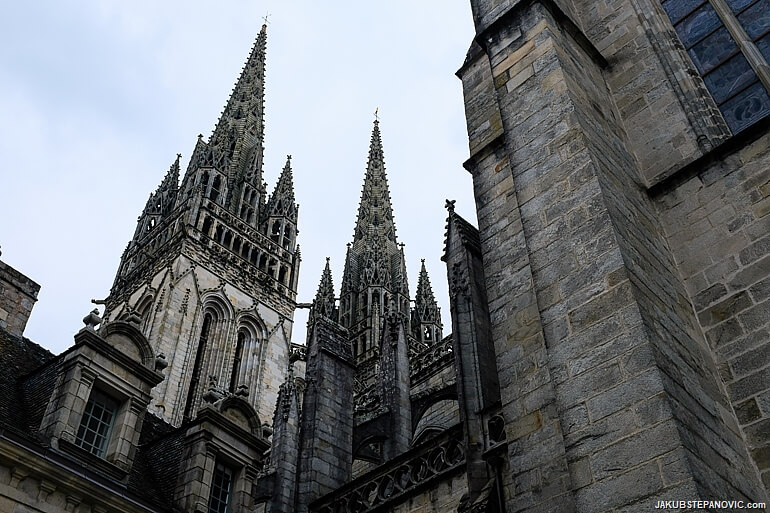 Its two 76 m (250 ft) tall spires rise above the nearby roofs, providing an orientation point and inviting visitors to come closer and admire its exterior is full of neat details. 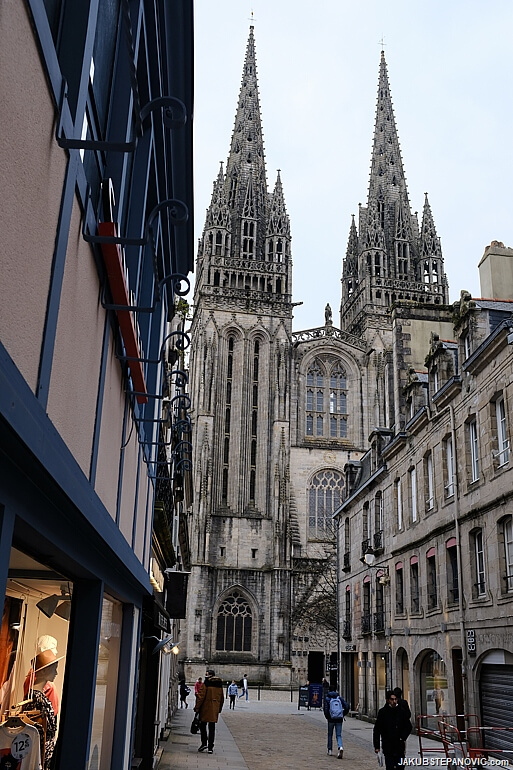 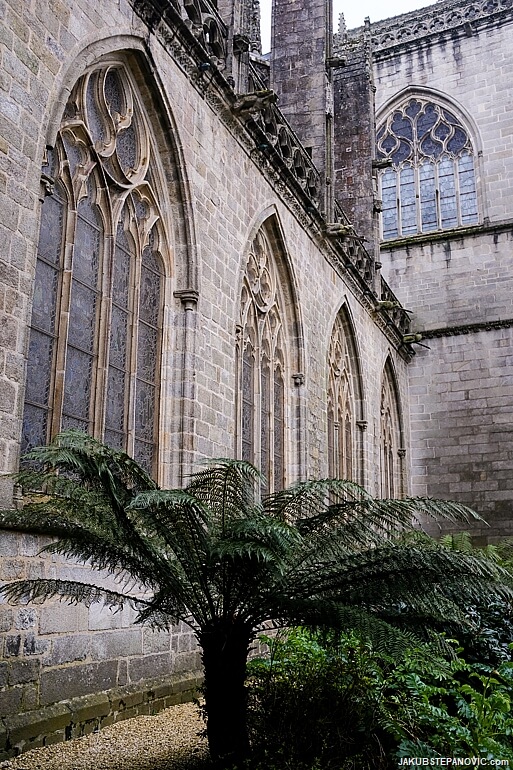 The entrance is free, which came in handy as I could marvel at the cathedral's exceptional stained glass windows from the 15th century while hiding from the bitter winds that swept the outdoors. 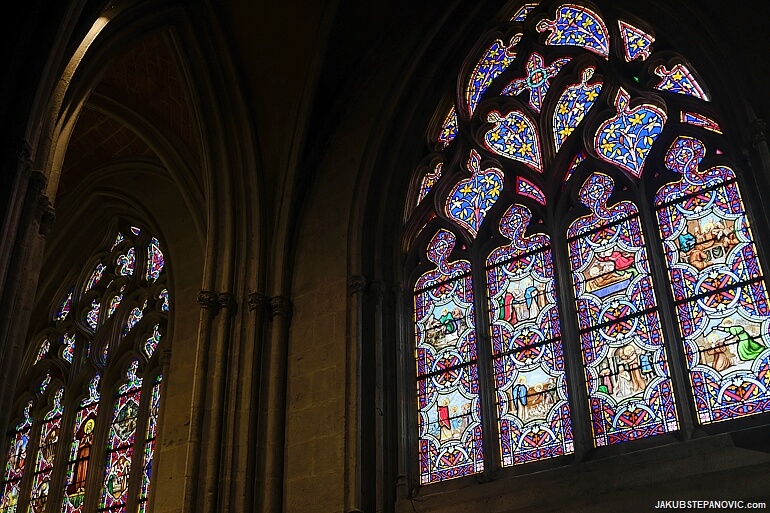 Late but tasty lunch then refuelled my motivation to return to the inspiring but cold streets. The longer I browsed them, the more I enjoyed their atmosphere. 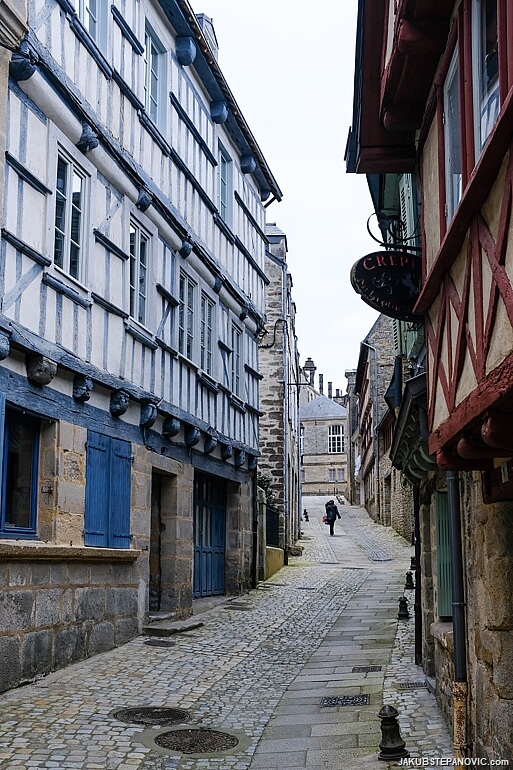 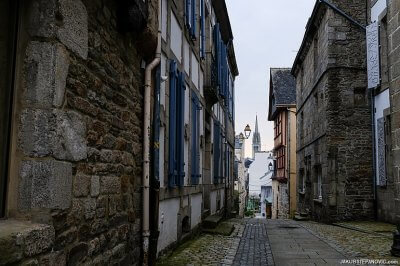 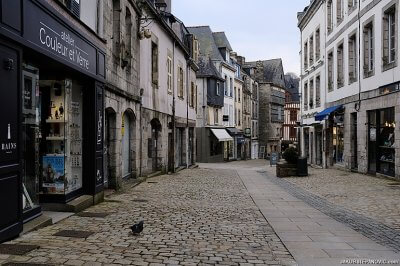 And once I was leaving them, I found a decent trail network that warmed me up while adding yet an extra layer of excitement to my visit. 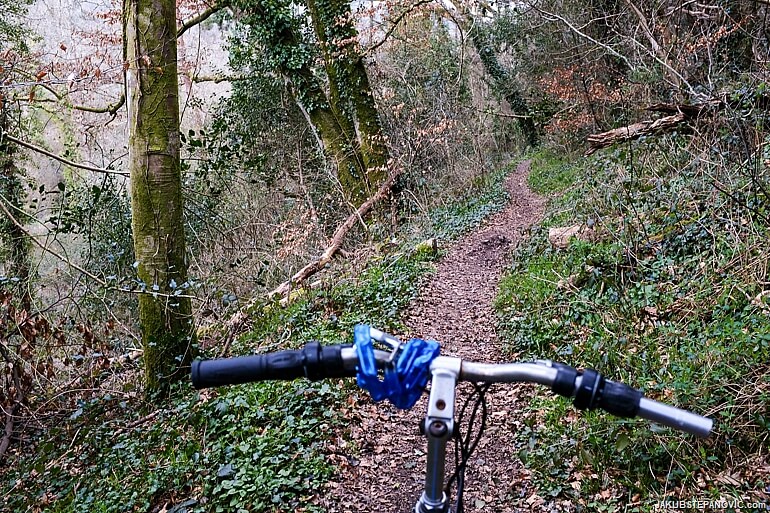